Lee’s Lowdown: You Gotta Roll With It!

This week Lee Rodgers has the lowdown on non-Pro cycling dopers. We all have our suspicions and thought on the rides in the top tier of the sport, but there is a growing amount of ‘amateur’ doping cases and ex-Pro and TV pundit Bob Roll has been giving us his lowdown on the subject. So, this is Lee’s Lowdown on Bob’s Lowdown – Lowdown.

‘Anaemia Patient Group’. You could not make this stuff up even if you tried. Brilliant!

If you haven’t heard of Nicholas Brandt-Sorensen, 35 years old out of L.A., here’s a recap. A few years back, 2011 to be specific, he was busted for taking Efaproxiral, a drug that artificially enhances delivery of oxygen to the tissues. Not content with that, Mr. Brandt-Sorensen then decided it would be a perfectly good idea to start selling various doping products to other like-minded athletes online. 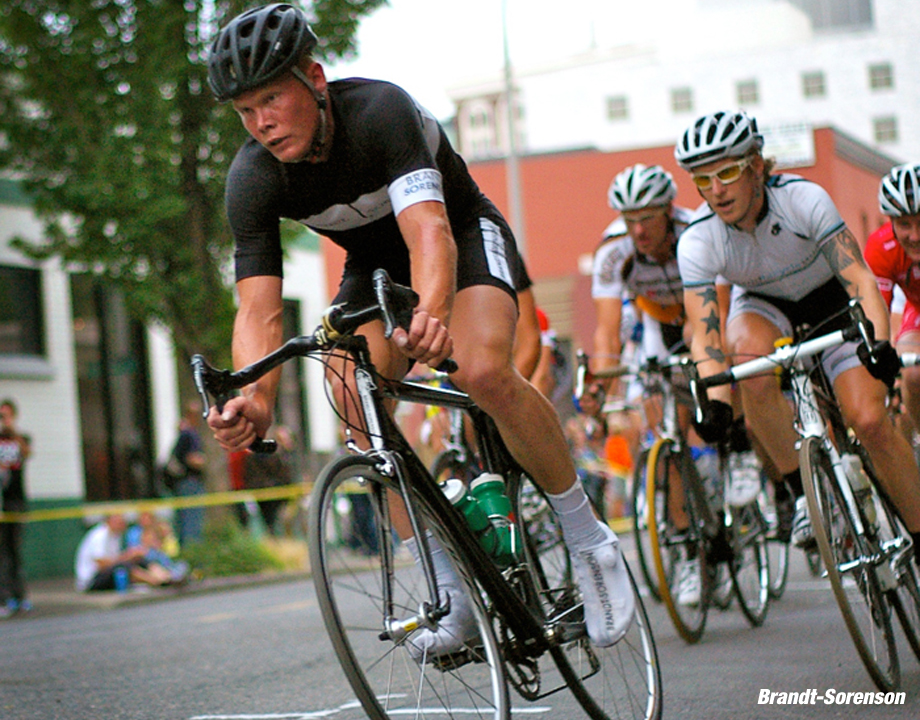 The website name? You guess it, Anaemia Patient Group. Originally facing a potential one-year prison sentence and a fine of $100,000, which seems just about fitting to me, prosecutors agreed to a measly $5000 fine, a suspended sentence and 500 hours of community service. In line with several far more illustrious cycling cheats, Brandt-Sorensen realized that cycling was truly where in oxygen-enriched blood and is now running a cycling clothing business.

Extra large pockets at the back for your blood bags, maybe?

Sad to say that this guy is not alone in this, as you may remember a certain Joe Papp, who also set up a dope delivery website and also got busted for it and received a three-year suspended sentence. Now, I don’t know about you but I personally don’t care if this was a current or former professional rider doing this or a largely unknown amateur riding Masters’ races, to me it’s all doping, all cheating, and both guys should have been sent to reflect on facilitating cheating in sport for a few months behind bars. 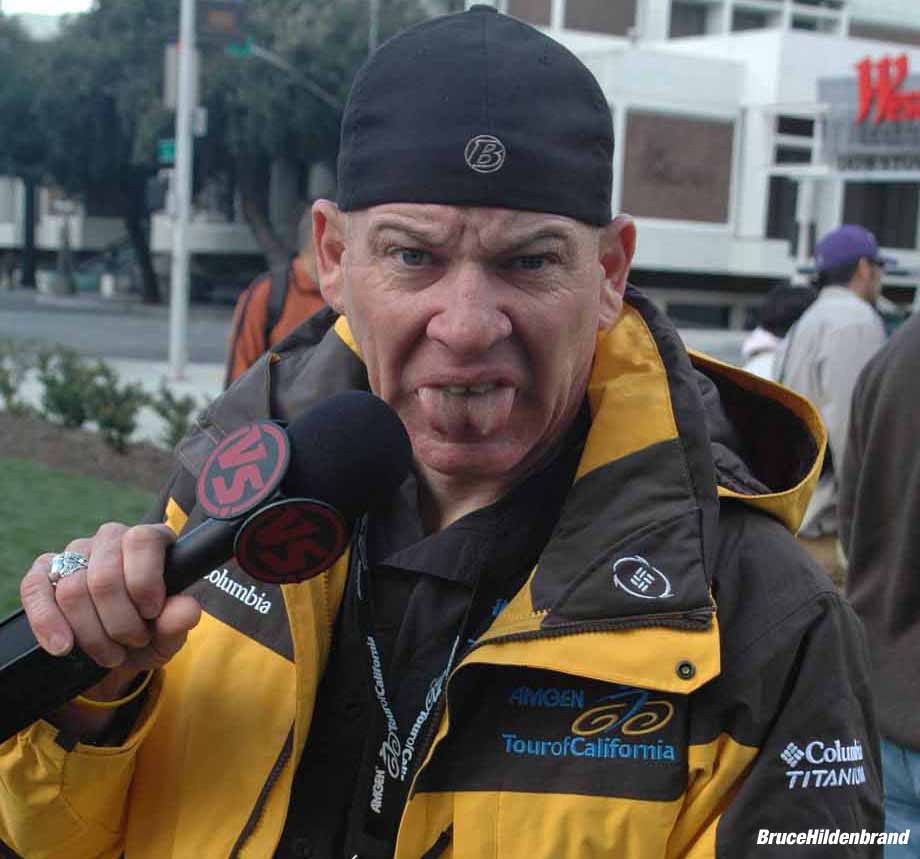 Bob on the TV

However, it seems that for many, an amateur who is involved in doping is way worse than a professional who does the same. One former pro who became a bit of an American folk hero in cycling circles then moved into cycling commentary who thinks exactly this is Bob Roll.

A few days ago Roll posted a video on his BobkeTV YouTube channel in which he lambasts and mocks Brand-Sorensen for having the temerity, as a Masters racer, to stoop so low. 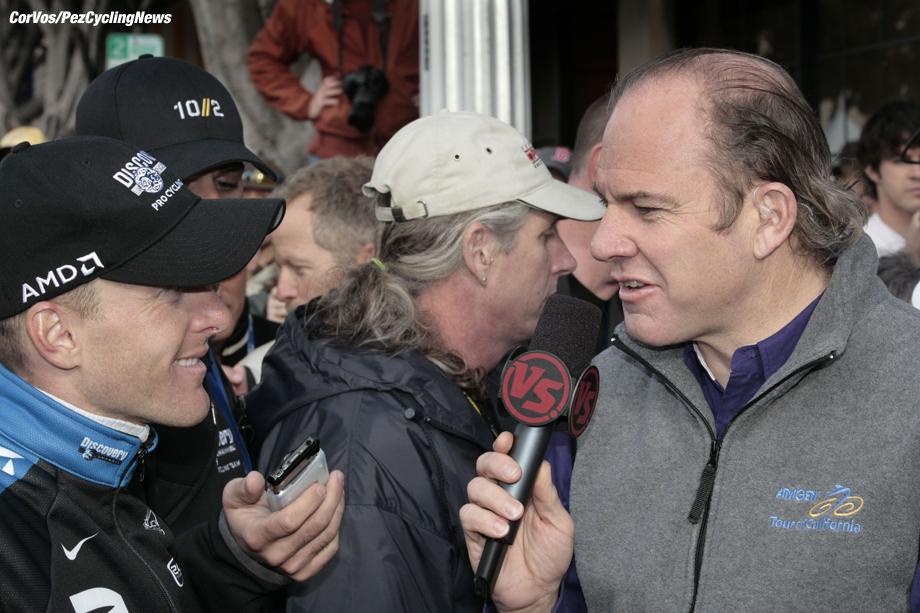 Bob Roll at the Amgen Tour of California with Levi Leipheimer

“Selling drugs over the internet became a way to mollify his [Brandt-Sorensen’s] narcism and to perpetuate his vanity,” says Bobke with a sparkle in his eyes that suggests he is really enjoying unloading his wisdom to his followers.

“Apparently when your ego is so pitiful you have to cheat at Masters races by using drugs, there is no limit to what you’ll do to keep the gravy training running. It’s quite pathetic!”

He then talks about cheating in a Masters event being the “most pathetic” form of doping. How so, Bob? 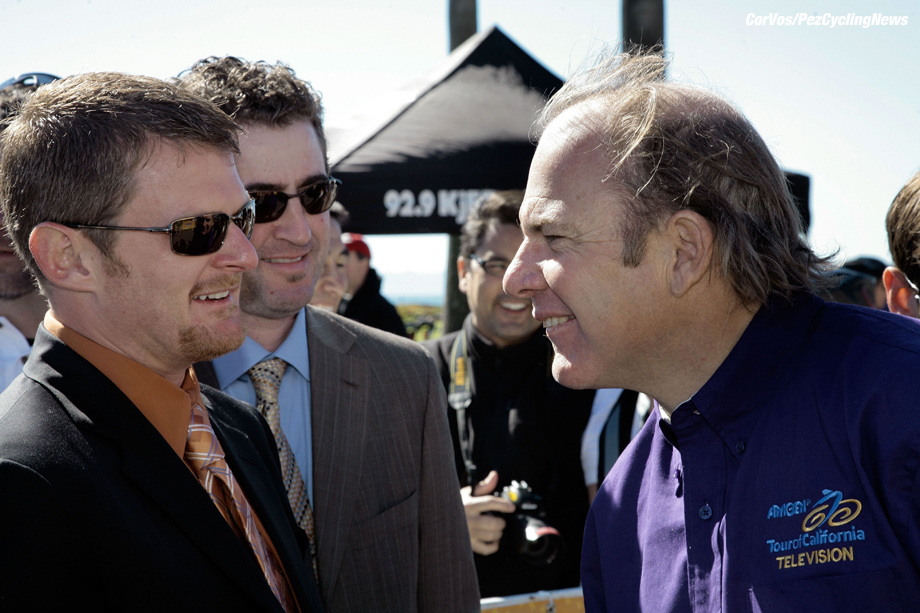 “Because,” he exclaims, “there’s no MONEY!” He then says that cheating at masters level is “insane.”

So, if I am hearing you correctly Bob, you are saying that cheating at the highest level is not “Insane” nor “pathetic” because there is money involved? Surely I must be wrong Bob, for that argument is so derivative and ignorant of the fact that even the most talented pros who can still make a decent living from cycling without resorting to dope [few and far between perhaps], still do dope because they too are driven by the fame and celebrity-circus stature that comes with it.
Right?

“Masters racing is just for fun. It’s not for trophies, not for championship jerseys.”

Ah gotcha! So it’s ok to dope for the real national championship jersey? Or, say, the Worlds? Or the Tour de France, as Bob Roll’s old friend Lance did for so many golden, glorious years? The same Lance that Bob was considered to be an out and out apologist for until the dirty, grimy end?

Yeah, apparently so. This is the same Bob Roll who reacted with a 1920’s silent movie ‘shocked face’ when all the nitty gritty came out about doping by several of Lance’s former teams, the same guy who said he was so surprised by it all as he had seen nothing untoward during his own career. I mean, I know cyclists are focused but I’ve never heard of any living with actual horse blinkers on through their career. Gotta wonder how Bob got round the corners.

But Bobke wasn’t finished with turning a blind eye to the most obvious points of amateurs doping – the lure of celebrity, the lure of being just like the big boys they see on TV, the same big boys Bob has never called out, because hey, that’s not in his job remit – no, he went on to plead with these Masters’ cheats in a way that brought back mind the late Nancy Reagan, just, slightly more wizened, when he said:

Now let’s just go to an article that Bob wrote for Road Bike Action back in January 2013, entitled ‘In defense of cycling – not Lance’. 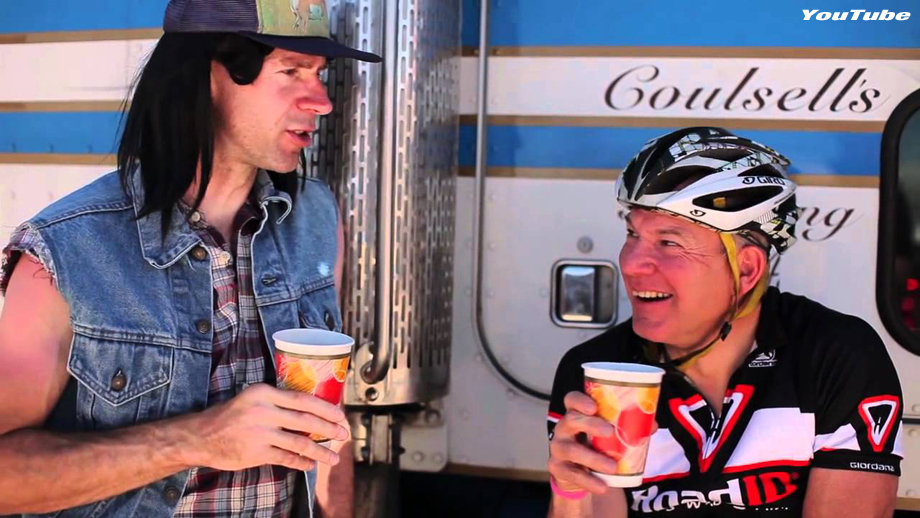 Bob with… yes it is Jens Voigt

Here are the final two paragraphs:
“What irks me here [with regard to people saying Lance destroyed cycling] is how so many people, who I will presume know very little about what the sport is really about, so easily conflate the doping issue with what “the sport” is and how it is defined. . .

“I know I’m 110% biased, but the sport of cycling is neither “crushed” or “devastated” because “the sport” is NOT defined by the illicit activity of either the Pro riders, money-grubbers, egomaniacs and/or power brokers who now sit squarely in the headlights of a destiny of their own making.” 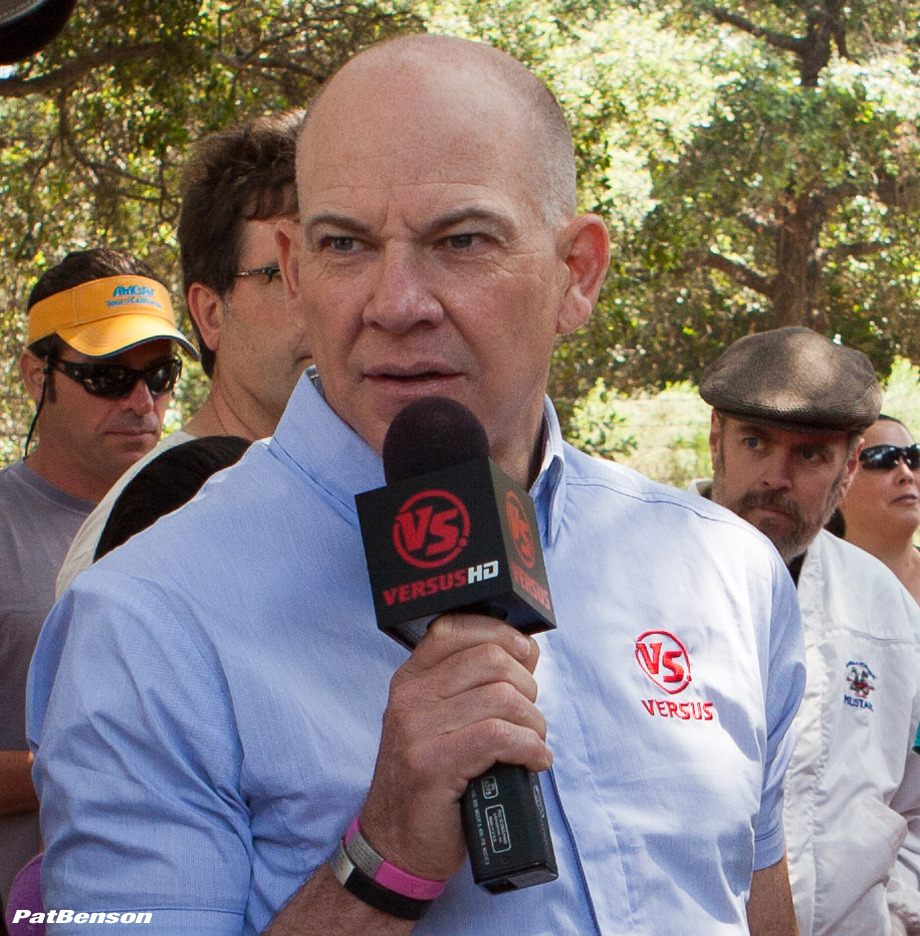 Tell it how it is, Bob

But here’s the rub, Mr. Roll. The sport is also these guys who work all week and race on the weekend too, the guys who want to emulate their heroes. And their heroes, and their doping, have led to a situation where we can see a trickle-down effect, whereby doping on a systematic and institutionalized level has been shown to reap such rewards and yes, fame, even when a guy gets popped, that it’s now seen as acceptable by an ever-growing number of amateurs. The buck, the one that should indeed bring ridicule and shame, as you are dishing out to this one guy whilst ignoring countless others who ply their trade on two wheels aided by very ‘knowledgeable’ doctors and coaches, has to start with the cheating pros and their enablers, it has to go full circle through the bureaucrats, race organizers and yes, journalists and fans, and has to come to rest finally at their feet too.

Why are these amateur guys doping? Why is trickle down theory so applicable in sports? It’s because amateur riders looked at these pros and thought “Well gee, if they are doing that and largely getting off with a slap and a tickle, why shouldn’t I do the same?”

So they did. They went to gyms and got steroids, went to doctors and got HGH, went online to some website and got EPO, picked up the package, went to the toilet back home, dropped their trousers and shot that dangerous juice right into their backsides. 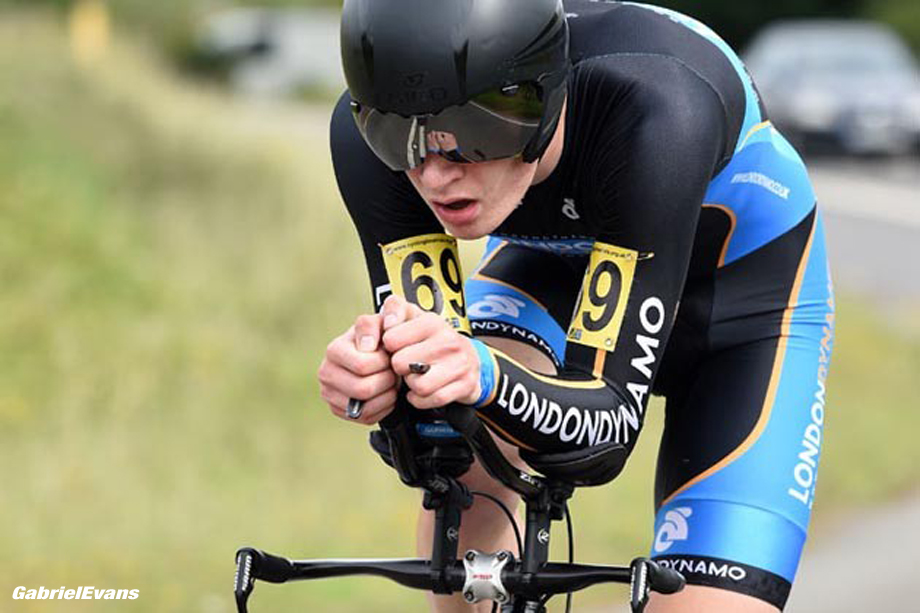 The mindset was perfectly encapsulated by Britain’s 2015 junior national time trial champion Gabriel Evans, an 18-year-old from London, who was caught for EPO. He admitted taking the drug, then he explained why he decided to do it in the first place, saying it had become “normalized and justified” in his mind because he’d read about others regularly being caught, so therefore assumed there must be a truckload doing the same. Sound familiar? It should, because Lance Armstrong said the exact same thing.

But Bobke ignored all this. He just lampooned some dude he knew he could and get away with it whilst ignoring the hypocrisy that is so deeply embedded in this sport.

“If you’re second in those national championships, the one won by Nick Brandt-Sorensen, how disappointing is that?” asked Bob. “What a waste of money! That’s a heartbreak that would be hard to recuperate from. . . Let’s knock it off everybody, ok!”

Sure Bob. I couldn’t agree more. 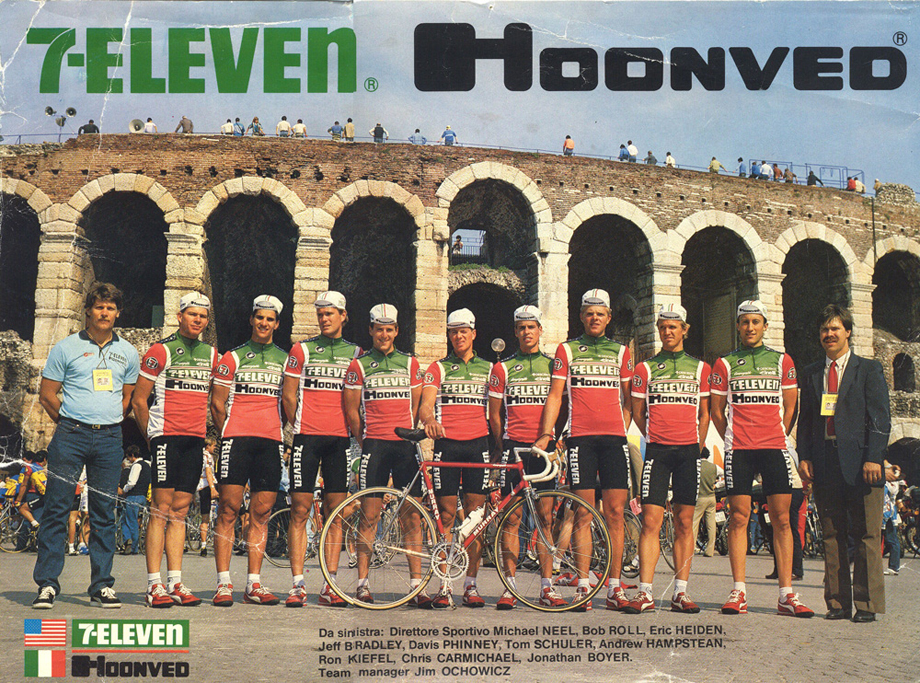