On Sunday, in Doha, Qatar, Team Cycling Academy twice made history: first ever Israeli Pro Team to compete at the UCI World Championships and doing so in an Arab country.

To top it off, Cycling Academy Team has announced that it is stepping up to a new league in 2017; CA will join the ranks of the UCI Pro Continental circuit, which will represent a major challenge for the emerging team. 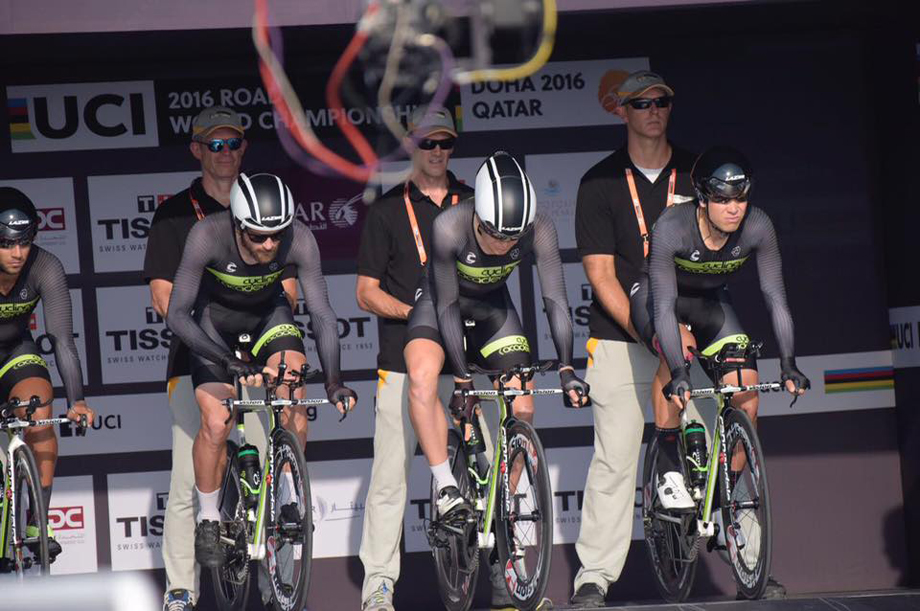 Cycling Academy reaffirmed last night that it has completed all the technical requirements and is expecting the UCI to approve its application to race at the Pro Continental level for 2017. “Today in Doha we made the strongest and clearest statement we could possibly have demonstrated,” said team owner and founder Ron Baron after congratulating his six riders who had just completed the tough 42 km TTT in the scorching desert heat. CA placed 12th out of the 17 teams competing, beaten by only one non-Pro Tour team.

“We came a very long way in the shortest possible time. From the founding of the first Israeli Pro Cycling team in Jerusalem, and now racing on the biggest stage in Doha, the team is poised to make further important advances in its new status. Surely we have long way to go, but we are ready to invest both in human and financial resources to be ready to compete at the next level”.

In order to accomplish the goal of competing at the UCI Pro Continental level, the team secured the support of new Board Member, Mr. Sylvan Adams, a Canadian-Israeli Businessman and Philanthropist who — along with Mr. Baron – supplied the required budget to become a Pro Continental team. 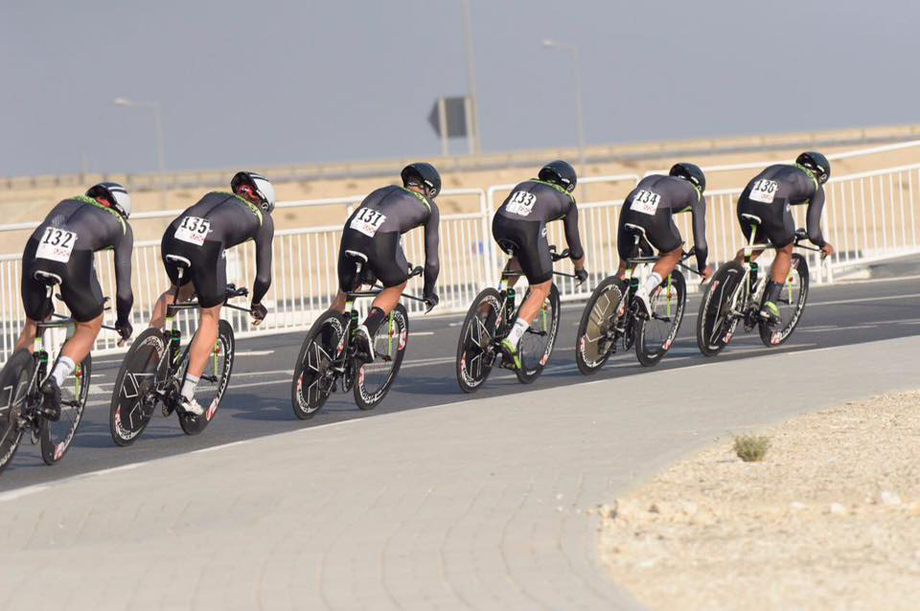 CA is also unique, as the only Not-for-Profit Pro Cycling team in the world.

Mr. Adams, who was also present for the World Championships in Doha, declared his enthusiastic commitment to the team: “We are building a great team for our first year as a Pro Continental program. We need to be competitive and we are doing what is needed to perform at this level”.

In anticipation of the tougher, more grueling race schedule ahead in 2017, the team has rebuilt its roster as a combination of new and returning riders; the newly added riders were chosen based on their talent and experience, designed around stage wins and success at one day races. A by-product of this strategy will result in challenging and assisting the development of its Israeli riders. 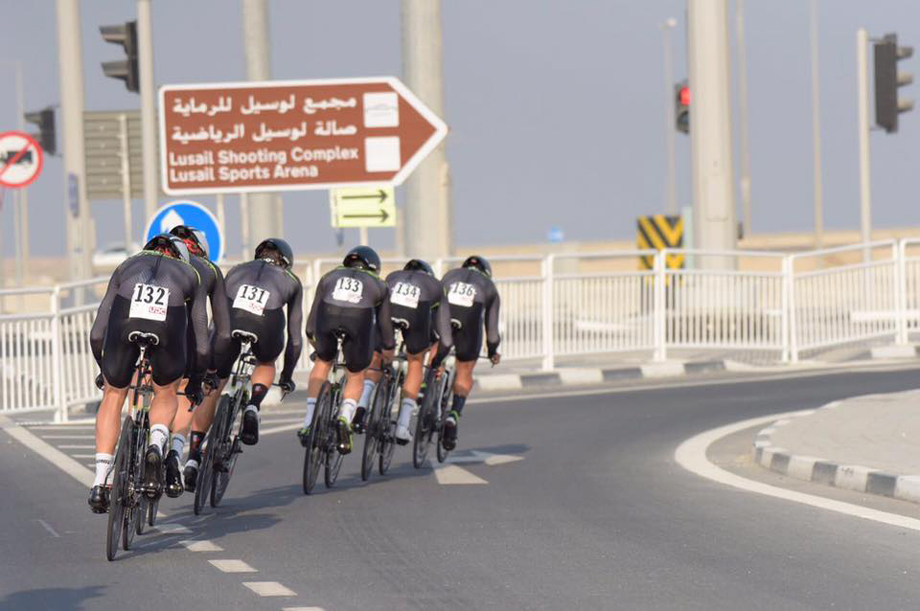 “A week from now we will complete the roster (for 2017) and we are certain we will have a strong, balanced mix of young and veteran riders who can take the lead, and inspire our younger riders.” said team manager Ran Margaliot.

The team, is eyeing a Grand-Tour debut in 2018, and as such, has set for itself a very challenging race schedule for the upcoming 2017 season, including: Milan San Remo, Tour of Flanders, Amstel Gold Race, Tour of California, and the Tour of Great Britain. 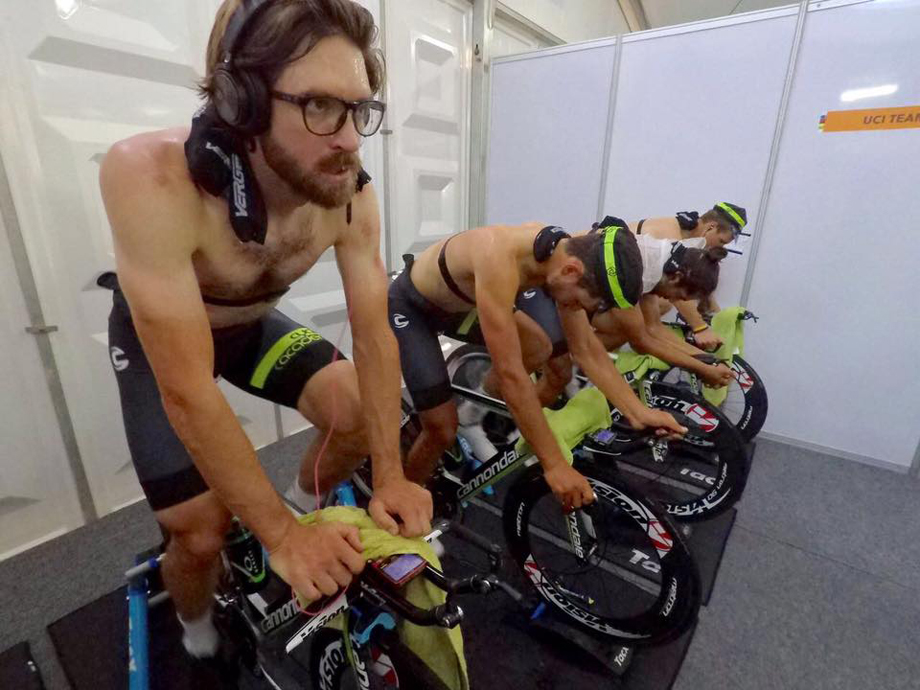 Even with all the excitement about 2017, today’s Team Time Trial race exemplified Team Cycling Academy’s philosophy, a symbolic responsibility that goes beyond the sport. Aptly described by the team’s veteran, Namibian National Champion Dan Craven: “Racing today in Qatar as an Israeli team, was for me and my teammates, a message of peace. We showed that cycling can be a barrier breaker. There is no better way to bring people together than this.”

The Team was indeed well received in Qatar and its rider even trained openly with the Israeli flag on their sleeves with no reluctance or any protest by their hosts. But the picture was much less friendly on the cyber front as the teams twitter account was bombarded by Qataris and Palestinians protesting their presence harshly. ”Qatar is not your home. We don’t tolerate Killers and racists” was one of scores of hateful tweets.

But Israeli Road champion Guy Sagiv reacted after the race: “let them pour hate as they want. We gave them the best answer by showing up here and racing well”.