Australia’s Team Of The Century
Celebrating 100 years of Aussie cyclists participating in the Tour de France Cycling Australia came up with the novel idea this year of naming an Australian team of the century from past and present Aussies who have competed in the legendary ‘Grande Boucle’. 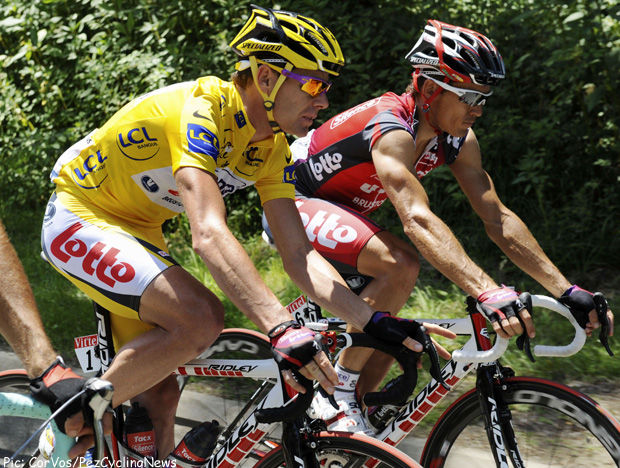 Then teammates, Cadel Evans and Robbie McEwen at the 2008 Tour – and honorary teammates again thanks to their selections in the team of the century.

Just like a modern day team selection, the selectors were looking for specific riders to fill the defined 9 slots namely;

The role of GC men was given to Australia’s only Tour winner, Cadel Evans along with Phil Anderson who in 1981 became the first non-European to wear the yellow jersey at the Tour de France.

The sprinter’s role was given to 12 time stage winner Robbie McEwen who would be lead out by Mark Renshaw and Bradley McGee while the domestiques supporting the GC riders would be Michael Rogers and Richie Porte. The role of all rounder went to Simon Gerrans and the team captain to the late Sir Hubert Opperman, who led the Australian team to the Tour in 1928 and 1931, when he finished twelfth.

Undoubtedly this would be one superb lineup of riders to take on Le Tour and got many thinking about what lineups other countries could come up with? The likes of Belgium, Italy and France just to name three would certainly be able to put together some top teams but if they stuck with Cycling Australia’s selection policy of ‘no riders that have been convicted for performance enhancing drugs’ would thin the choices somewhat.

As for the USA I would love to see a team led by Greg Lemond for the GC with Tejay van Garderen in support and then in the sprints have Taylor Phinney lead out his dad Davis! That would be a cool team indeed. Other ideas?

Gent Six Day
Away from fantasy teams now and onto the reality ‘fantasy pairing’ of OPQS boys Mark Cavendish and Iljo Kiesse who proved their pedigree on the track in Gent these last 6 days narrowly being beaten to the victory by Jasper De Buyst and Kenny De Ketele. 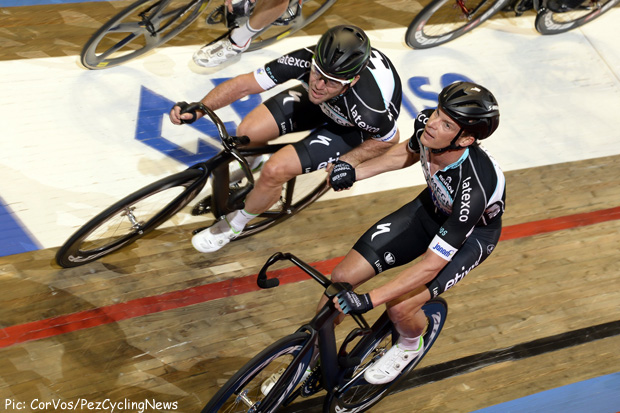 Both teams had traded wins and the race lead throughout the carnival but in the end it was the Belgian duo who took the overall victory by 46 points. Full reports from inside the arena coming soon on Pez from our six day addict, Ed Hood.

Cyclo-Cross World Cup Round 2
The second round of the CycloCross World Cup took place in Koksijde Belgium this past Saturday and it was young Wout Van Aert (Vastgoedservice-Golden Palace Cycling Team) who made the best debut possible in the elite men’s category by soloing to the win. The 20 year old was simply too good for the challengers and he won by a massive 41 seconds over Kevin Pauwels (Sunweb-Napoleon) and fellow young gun Mathieu van der Poel (Giant-Shimano). 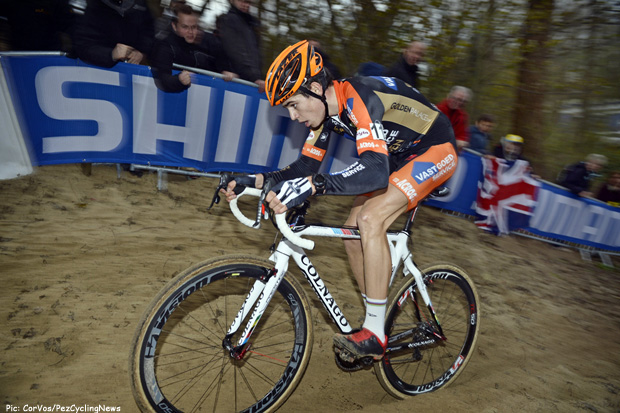 Van Aert on the charge

Crowd favorite Sven Nys (Crelan-AA Drink) was never a factor and finished 15th after having an off day. Pauwels now leads the World Cup competition after previous leader Lars van der Haar (Giant-Shimano) didn’t race on Saturday after he stated that he was sick.

SuperPrestige Francorchamps
The very next day after the WorldCup most of the top riders moved on to the Superprestige in Francorchamps where it was 2nd placed from the day before, Kevin Pauwels who took the win this time. Lars van der Haar made an amazing recovery from his fever that kept him out of the World Cup a day earlier to take second and Tom Meeusen rounded out the podium.

FDJ Changes Suppliers
Change is in the air for FDJ next year with a change in their look as their jersey gets an update. They’re sticking with the same supplier in the French brand, Btwin but the colors and design have had a makeover.

“The new FDJ jersey that the riders will wear in 2015 is asymmetrical jersey and respects the spirit of the FDJ company and its colours: blue and red on white.” Team boss, Marc Madiot explained. 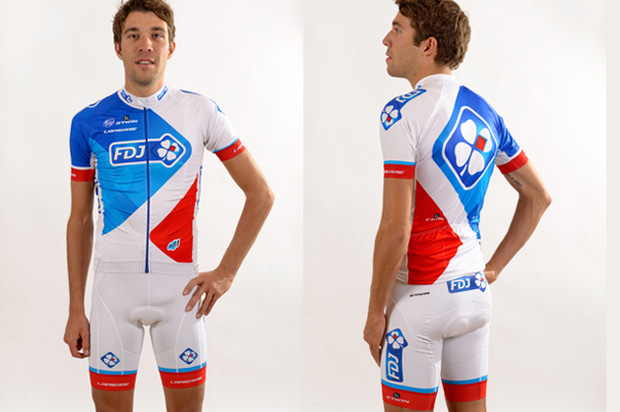 Also being changed is their helmets as they have gone to Dutch brand BBB and their high end range that includes the Icarus pictured below in FDJ colors. 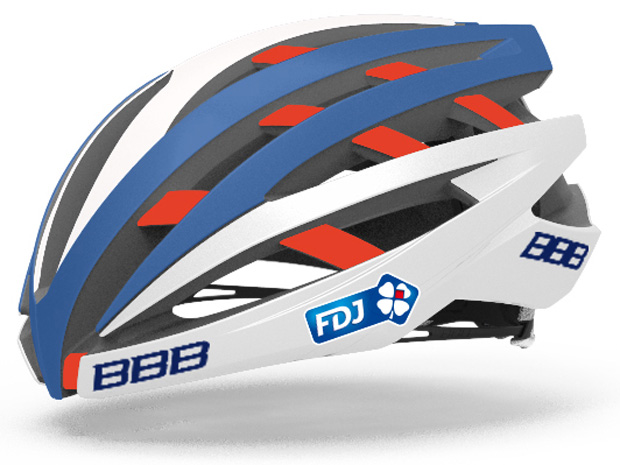 The Icarus is BBB’s top of the range road helmet and a very quality lid indeed with good ventilation and a light weight but it’s the still unavailable to the public (coming in May) Tithon (below) that I’m looking forward to seeing on the FDJ sprint train. I first saw the Tithon at Eurobike this year and I was impressed that finally someone had come out with an aero helmet that actually looked decent on the head, fit well and was comfortable while still providing good ventilation. Look for this one too in FDJ colors come the Spring Classics next year. 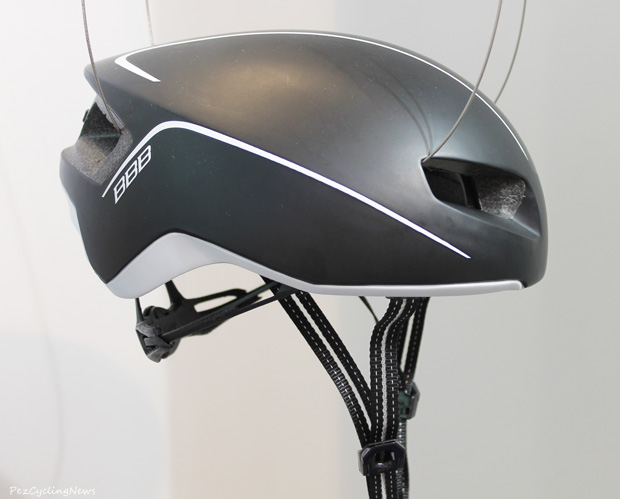 Fun And Games At The Movistar Camp
This past Friday the Movistar team got together in Spain for their annual pre-season get together and our man Alastair Hamilton was front and center to have a chat with all the stars from the World’s Number One team. It was confirmed that both Alejandro Valverde & Nairo Quintana will be riding the Tour where they will be, ‘stronger together’ . 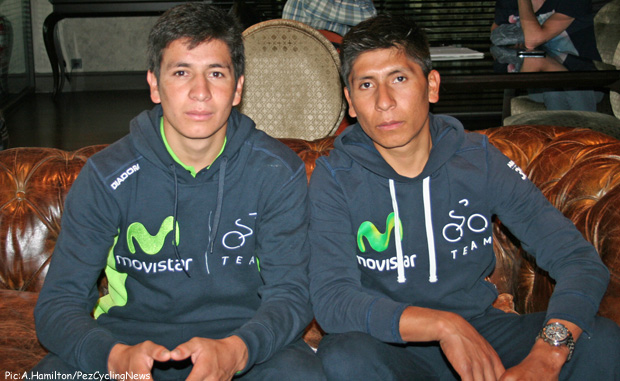 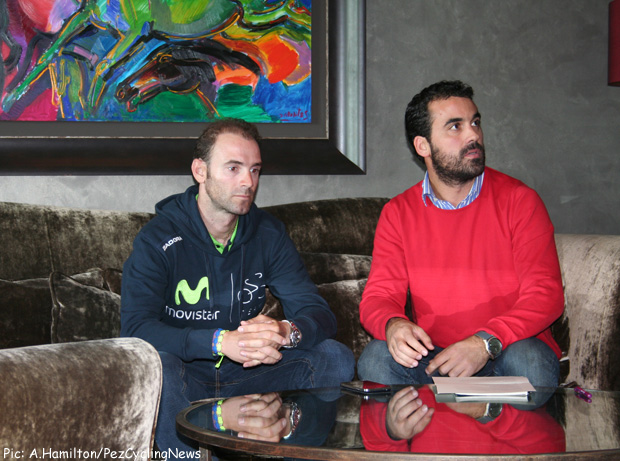 More of the serious news from Movistar to come soon on Pez from Alastair including interviews with TT strongman Alex Dowsett and new signing Rory Sutherland.

Van Hummel Retires
Popular Dutch sprinter Kenny van Hummel has announced that he will retire from cycling after failing to secure a contract for the 2015 season. After claiming a last minute contract at the end of last season with Gianni Savio’s Androni Giocattoli-Venuzuela this year he hasn’t been so lucky and has instead decided to retire. 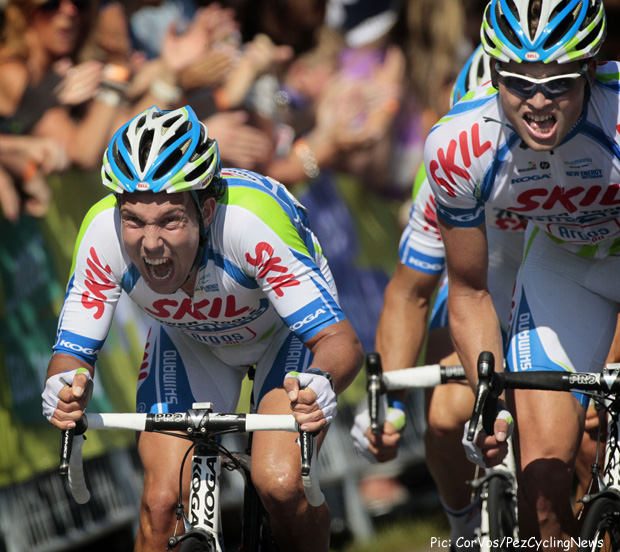 “I have decided to end my career as a professional cyclist and I am looking forward to a different side on life. It wasn’t possible to continue in cycling in a team of the level that I wanted. I had some options, I spoke to some Continental teams but it didn’t feel right.”

At just 32, Van Hummel rode for Skil-Shimano, Vacansoleil and Androni in his 8 year career.

Feng Takes Taiwanese Title
New Lampre-Merida signing for 2015, Chun Kai Feng started off his WorldTour experience in the best possible way by taking the Taiwanese road championships in a solo move this weekend. 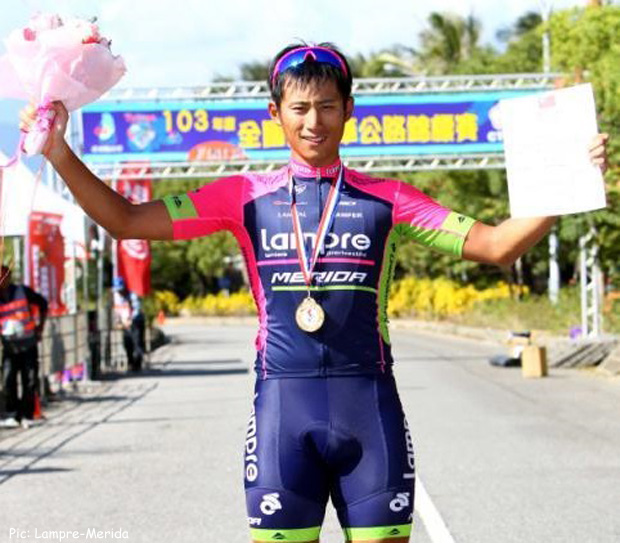 It’s Feng’s fourth Taiwanese title of his career and matches very nicely with the TT title that he also won meaning that we should be seeing a special Taiwanese Champion’s jersey in both the road races and TT WorldTour races next year.

Orica GreenEdge Get Hypnotised!
And now for some Monday morning fun with a new video from the guys at GreenEdge and some hypnotism!

The PEZ INSTAGRAM
Take a look at our new Instagram page for a live feed of #PeloPics, #DailyDistractions, and giveaways straight from your phone: https://www.instagram.com/pezcyclingnews

The PEZ NEWSWIRE!
Don’t forget to check the “NEWSWIRE” section, you can find it down the right hand side on the home page, just above the EuroTrash section. The bits of news that missed the EuroTrash deadline are in there, plus any news as-it-happens will be added there too.