Rider/Writer Feature: Matt Conn; PEZ writer, top bloke and a very good racing cyclist. As part of the ‘Twenty Years of PEZ’ celebrations, Ed Hood reminds us of PEZ-friend Matt and what he achieved on a bike, instead of writing about others. 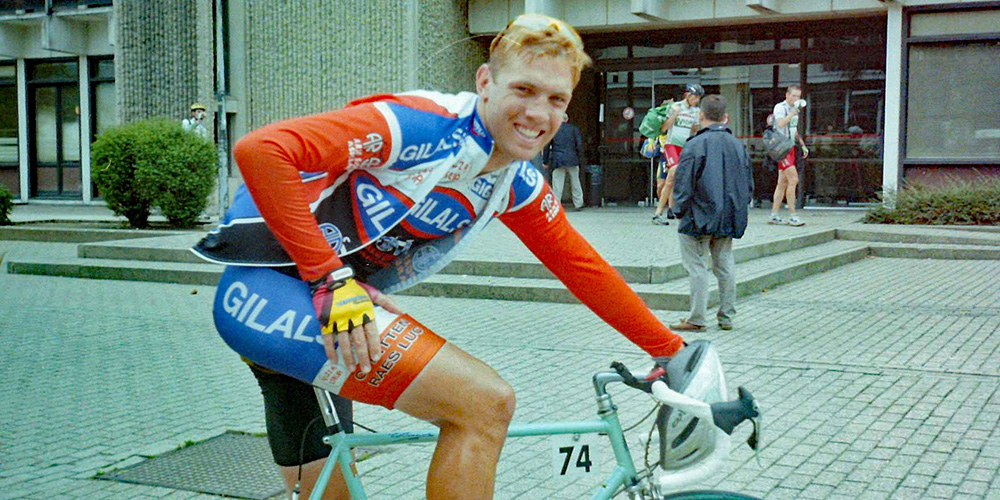 PezCyclingNews.com has been in existence for 20 years this year; I’ve had the pleasure of contributing since 2005. When The Pez Meister himself, Richard Pestes asked us to look back over our time with the site and recall events and people who touched us, I was lucky, I was going to write about my former PEZ co-contributor, ‘Tassie Man,’ Matt Conn but that great champion of Tasmanian cycling, Allan Knight had already done the job for me and below we post the nice tribute he wrote about Matt at the start of this year. 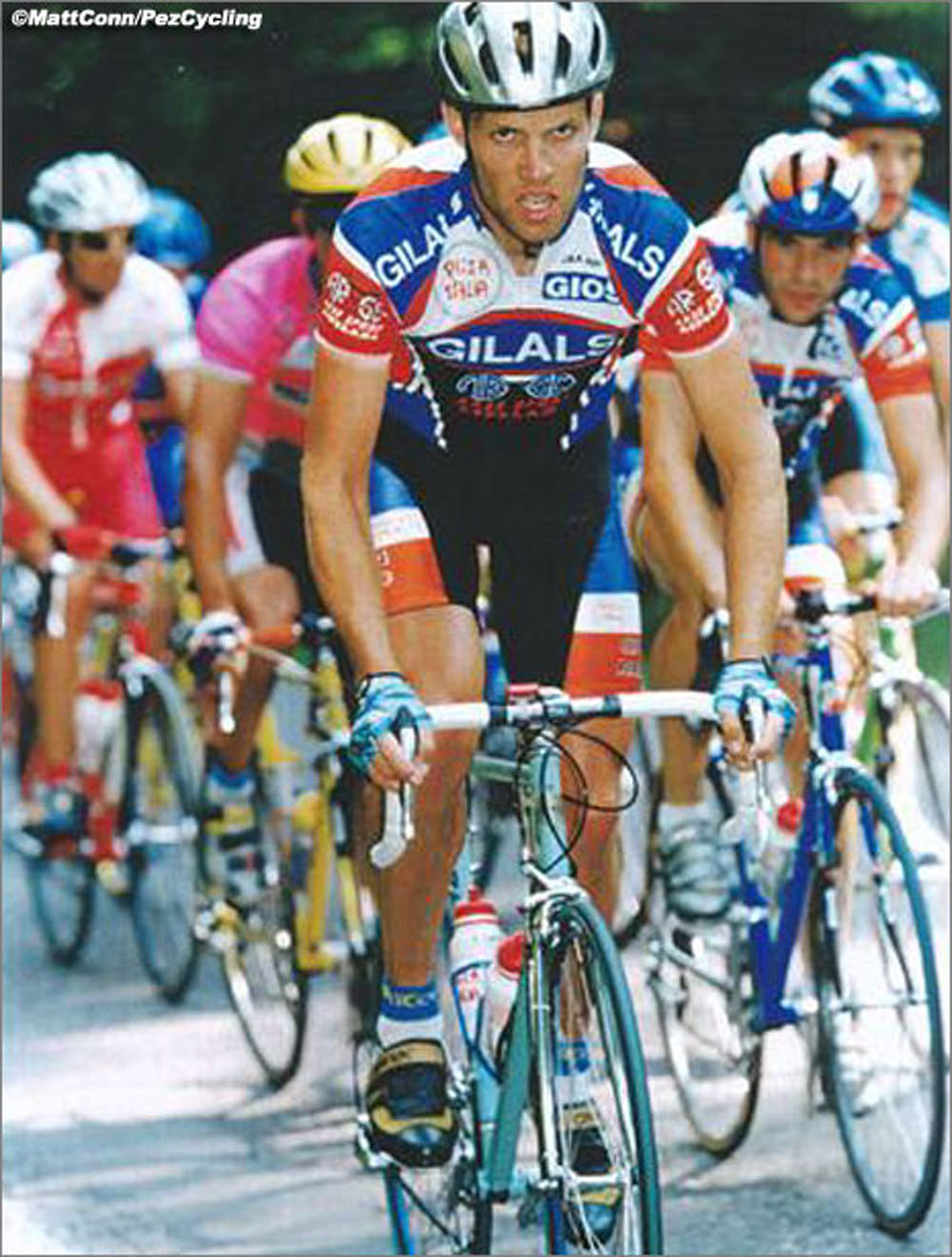 Most of my interaction with Matt was ‘digital,’ I used to love our exchanges over the ‘net – Matt always used to make me chuckle with his irreverent sense of humour. The one assignment where we did hook up with him, ‘in the flesh’ was for the 2009 Milano-Sanremo, won in brilliant style by Mark Cavendish. Martin Williamson and I picked up Matt in the labyrinth that is inner city Milano early on the Saturday morning of the race, he was living in Udine at that time and had hopped a train over for the Primavera partenza. 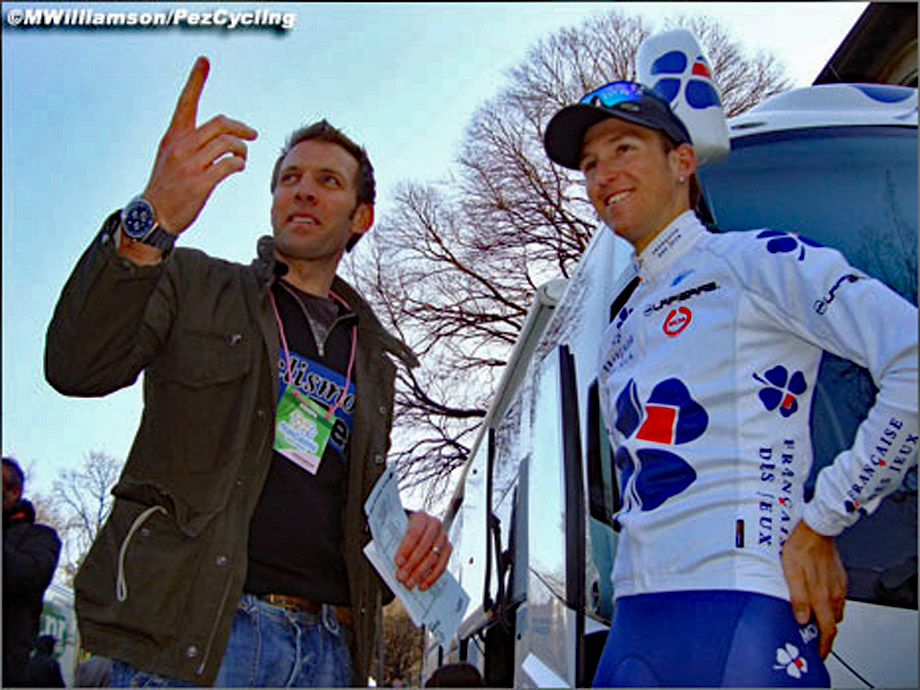 Matt having a chat with fellow Tassie, Wesley Sulzberger, before the start of the 2009 edition of Milano-Sanremo

We arrived at the beautiful Castello as the clans gathered and popped in to the famous old ‘gran café’ on the corner. As Martin and I enjoyed the warmth on a chilly morning, the ambiance and excellent cappuccino, Matt scanned the room. There were Shane Sutton and Scott Sunderland of the much hyped and soon to be SKY team – and there was the Capo himself, Dave [now, Sir David, of course] Brailsford in the company of the legend that is, Ernesto Colnago. 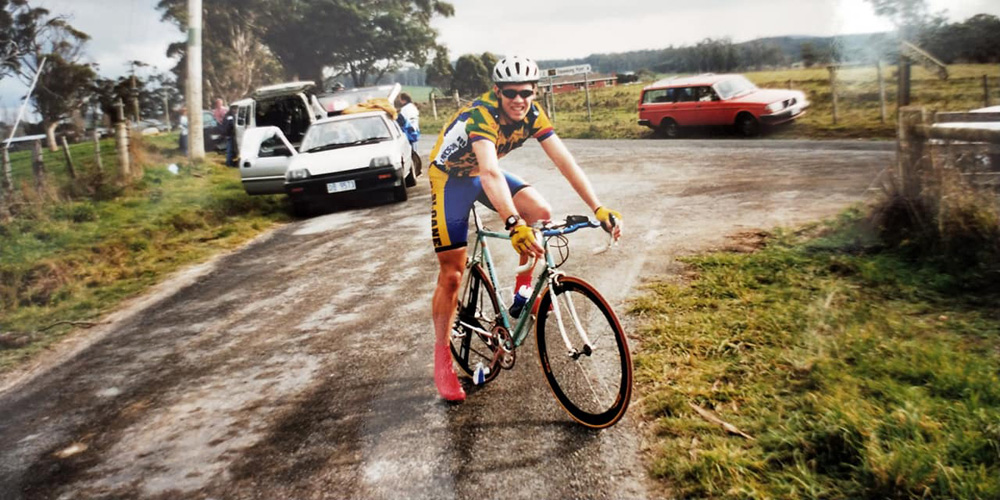 Matt put his coffee down and with a, ‘there’s Dave Brailsford, I MUST organise an interview with him!’ he headed off, across the cafe to interrupt the high level meeting and collar the Sky-man (you can read that interview here). Shyness was never an accusation you could level at Matt – but he’s from Tassie and the climate down there doesn’t encourage shrinking violets. . . 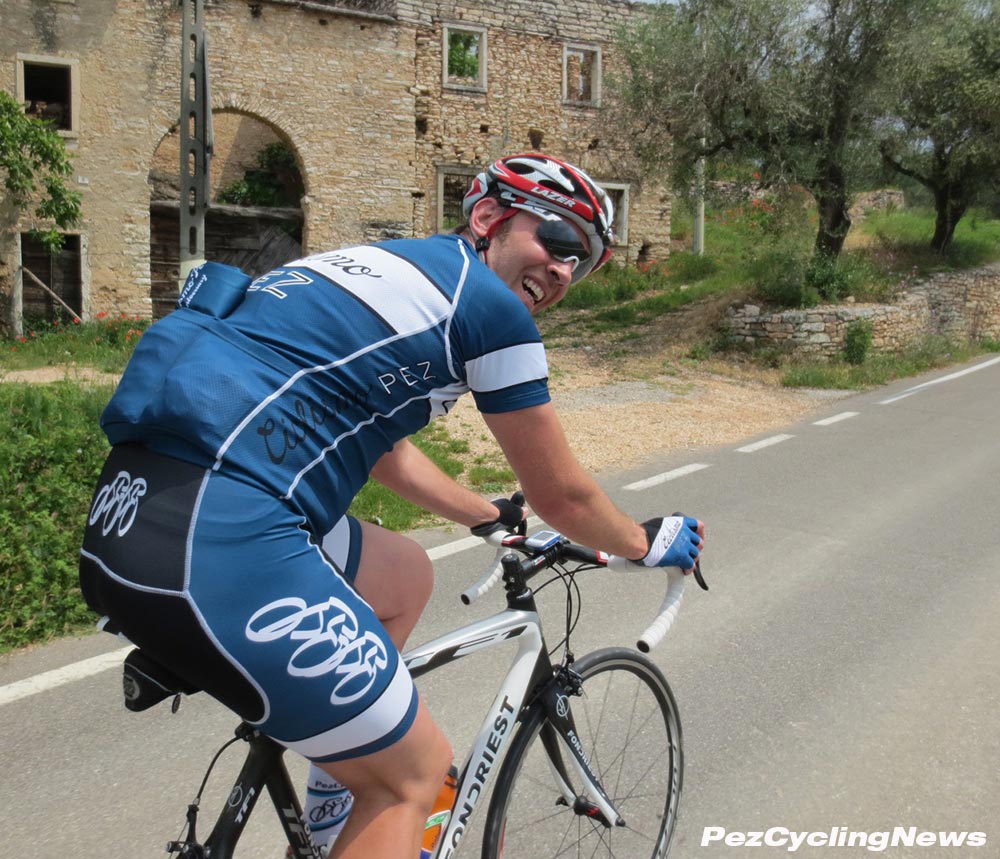 Pez Sez: I snapped this photo of Matt riding around the Valpollicella region of Italy for our 10th anniversary.  I was always impressed by his skill to fold his warmers in the perfect way to show off the logo just peaking out form the pockets – very pro. 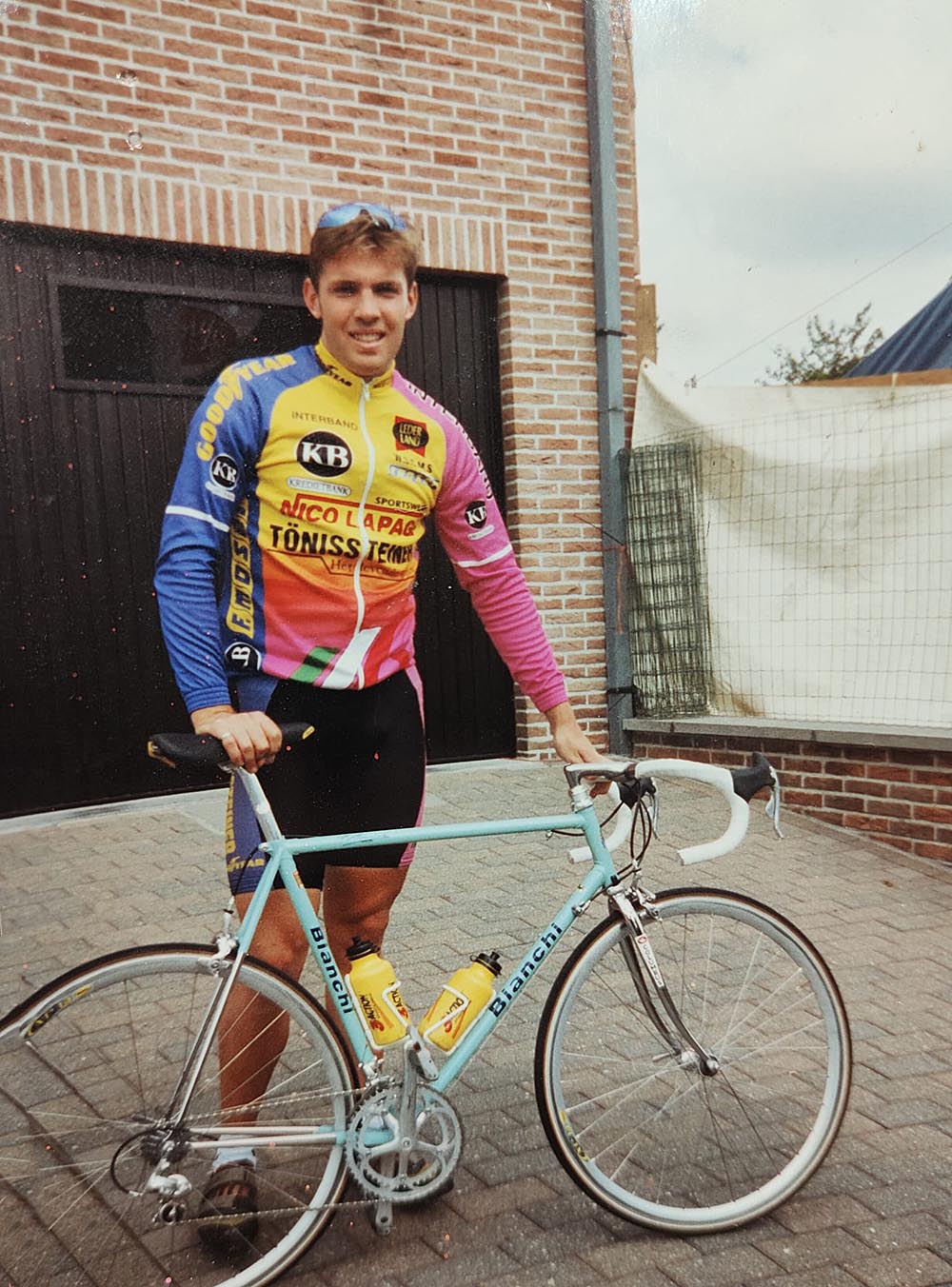 Without further ado, over to Allan Knight:

Matt is rather humble about his cycling career, but I know a few million who would like his results against their names. He had a wonderful philosophy regarding Cycling; long training rides and short races. He came to racing late but soon made up for it. He became a much loved and respected member of the Tasmanian peloton. He dipped his toe into journalism as cycling reporter for the local ‘Examiner’ newspaper. After moving to Belgium to race Matt started to write race reports for different outlets. After stepping down from competition he went on to be one of the best cycling journalists in the World. 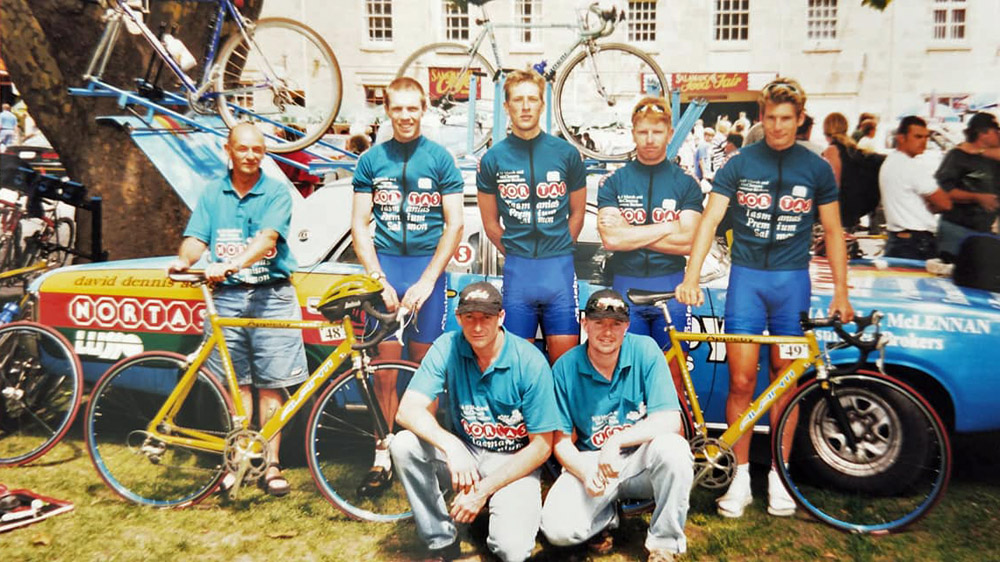 Highly regarded he tells it as it is and tells the truth. I take people on face value, and Matt is one of the best people I know. Here follows his long and rewarding journey through the sport he loves. 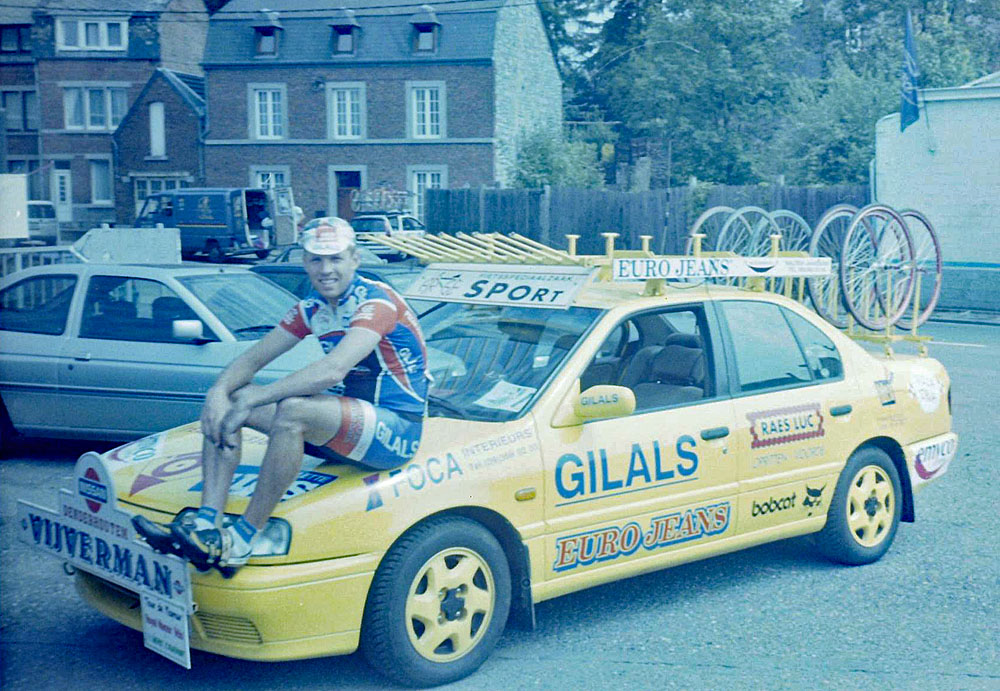 Matt started racing later than most with half a season in the junior category before moving to the ‘open’ category in the early 1990s. He had his best results early on the track, but his true passion was road racing. As a member of Northern Districts Cycling Club, concentrating on the road soon had him riding off scratch in the handicap road races. 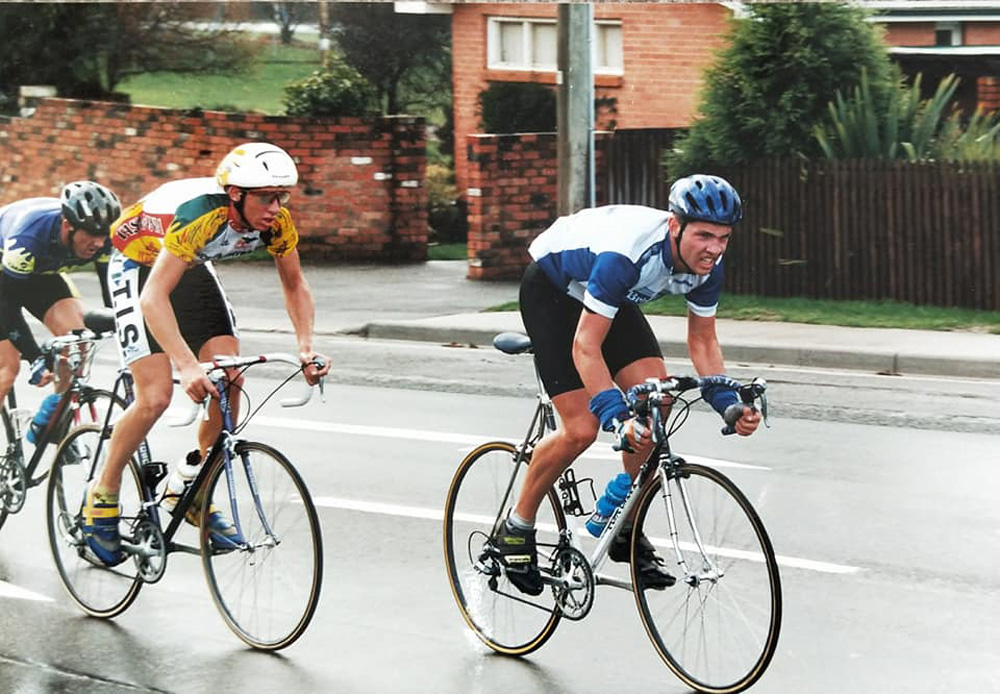 Matt competed in all five Tasmanian U.C.I. Tours between the late 1990s and early 2000s when the Tour briefly became part of the International Racing Calendar. He also spent three years racing in a Belgium with an amateur team under the guidance of his friend, six day star, Matt Gilmore, son of Tassie six day legend, Graeme Gilmore. Matt had a turn of speed and a top sprint from his early track days. 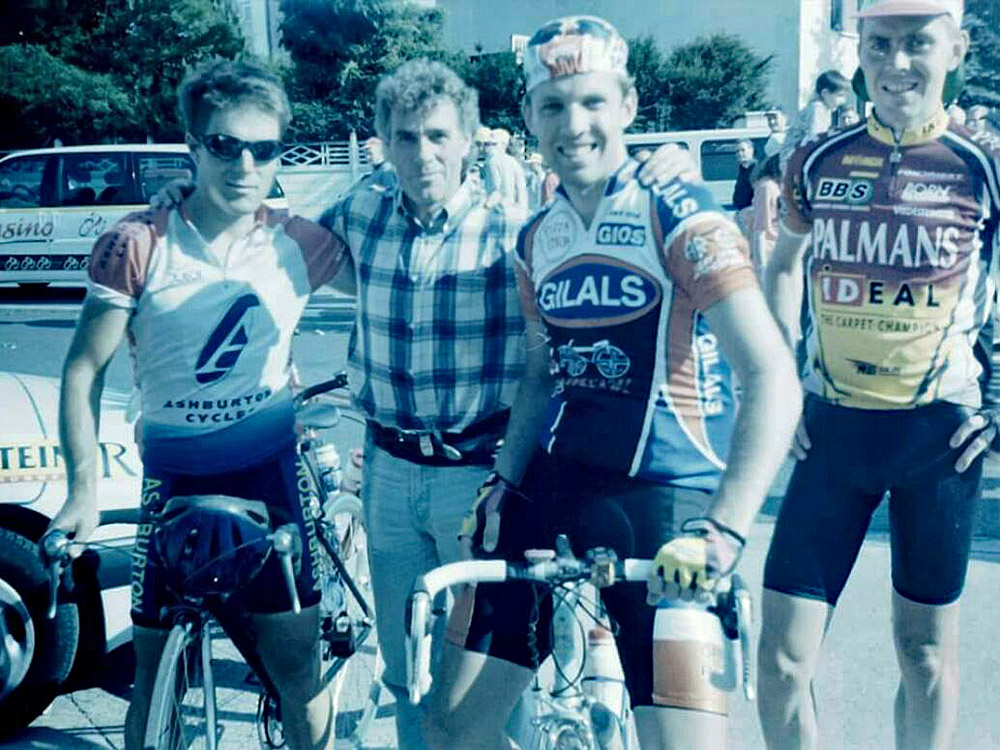 During his Tours of Tasmania he wrote a daily column for the Examiner from inside the Tour. This led to his weekly column in the newspaper as well as becoming their race reporter. He moved to the U.K and then Italy where he wrote features for Bicycling Australia Magazine. Matt also wrote for Ride Magazine and weekly articles for the famous Pez Cycling News website; covering early season classics in Belgium and Italy. He also followed the Giro d’Italia, Tour de France and Vuelta as well as the World Championships reporting for PEZ. 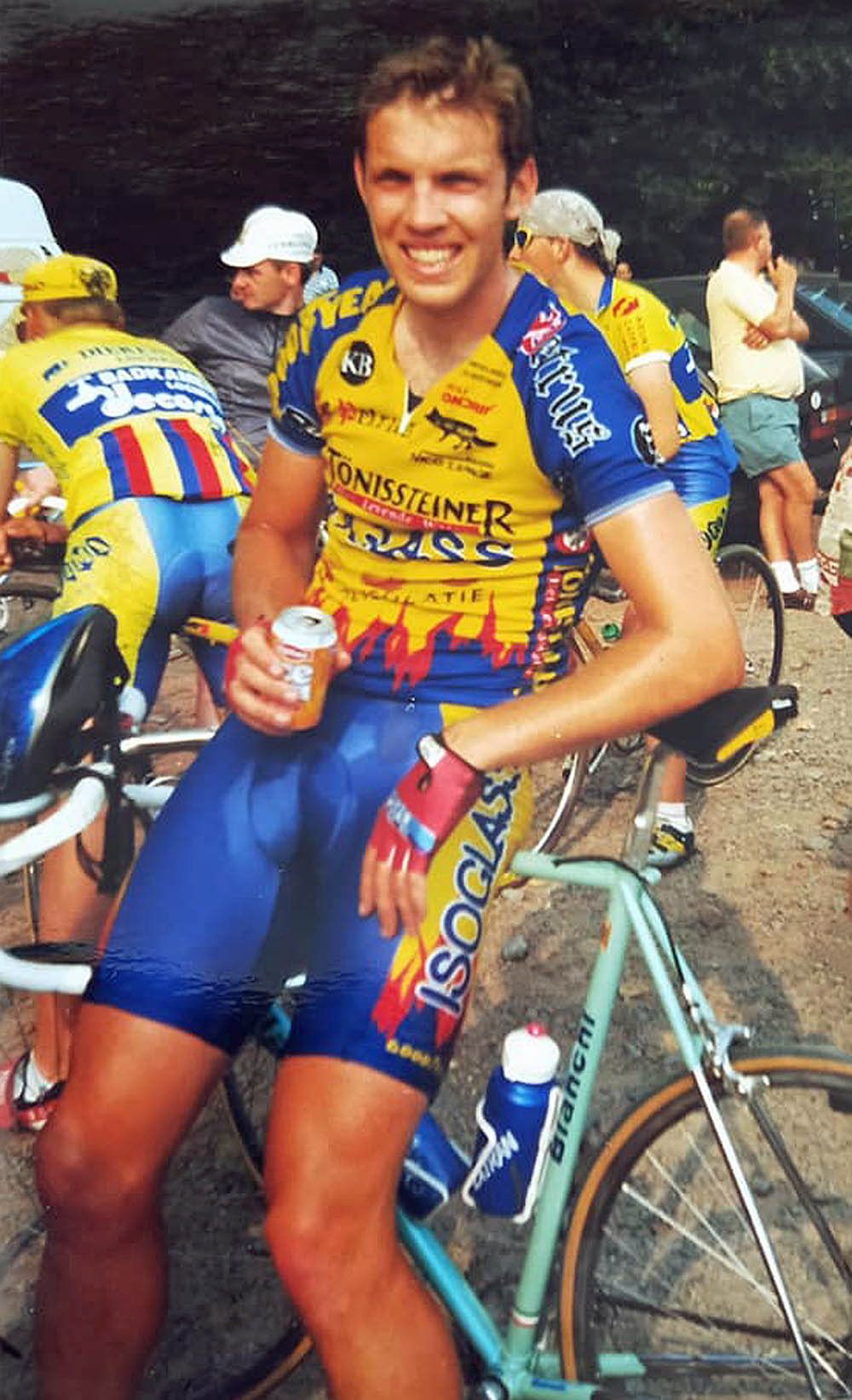 After 10 Years of living in the shadow of the famous Zoncolan Climb in North East Italy Matt moved with his job in teaching and is currently living in China. But Matt comes back to Tassie several times each year, travel restrictions allowing. Hopefully we can entice home to live back here in Tassie sometime in the future. 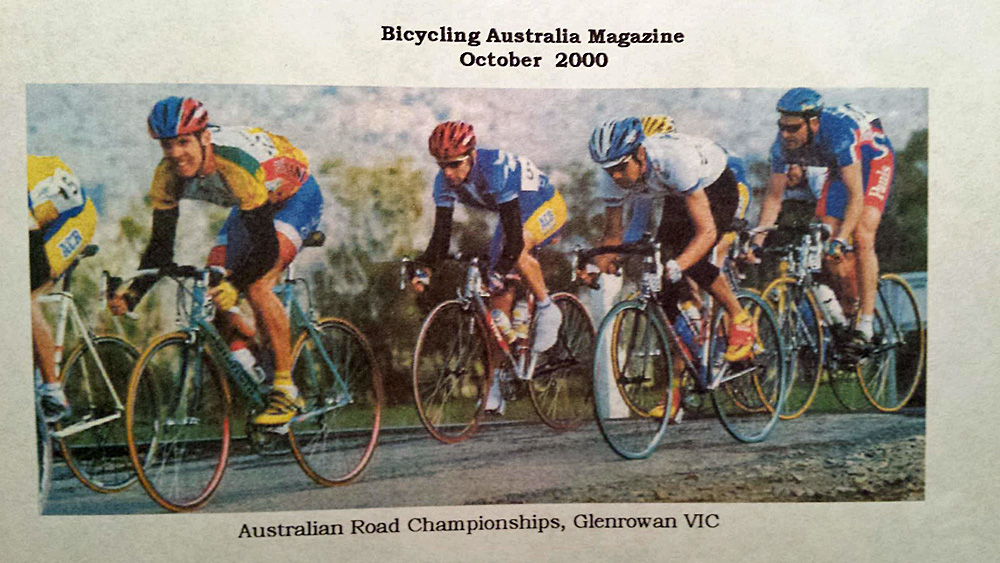 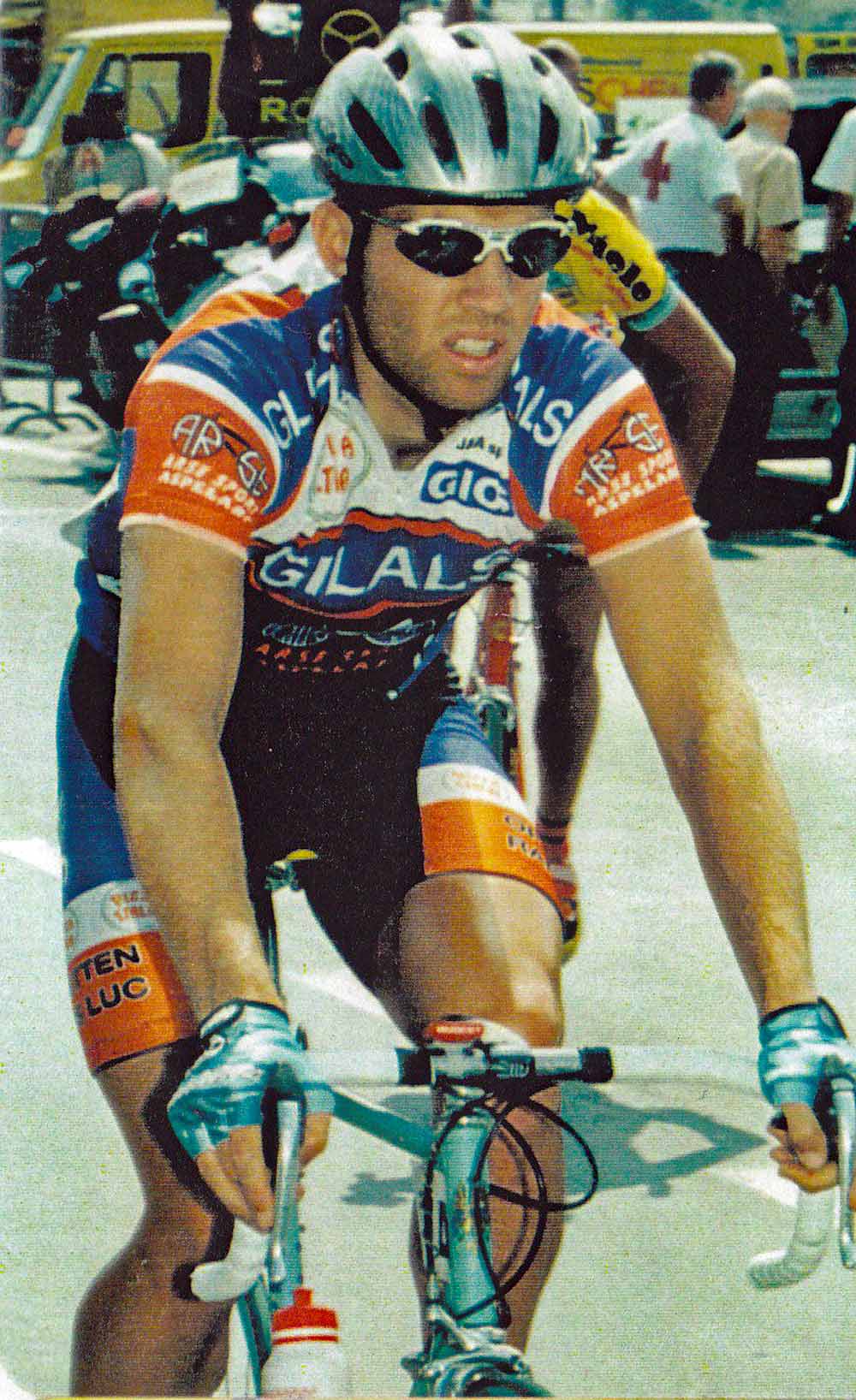 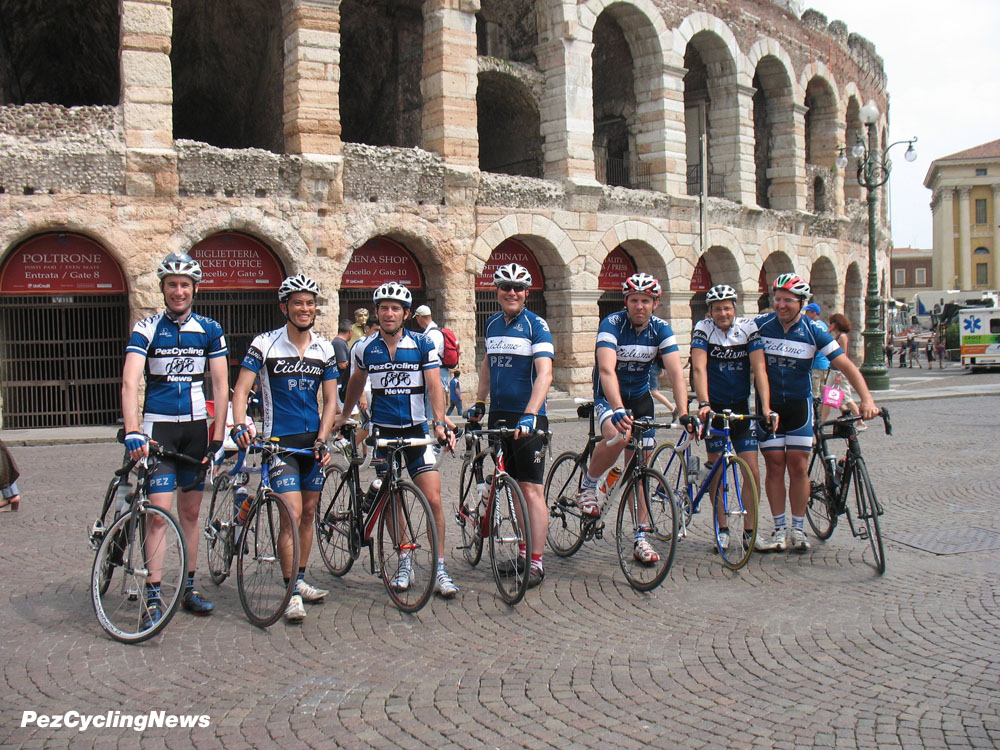 The PEZ Crew celebrating our 10th anniversary in Verona

Ed and Martin miss you Matteo! 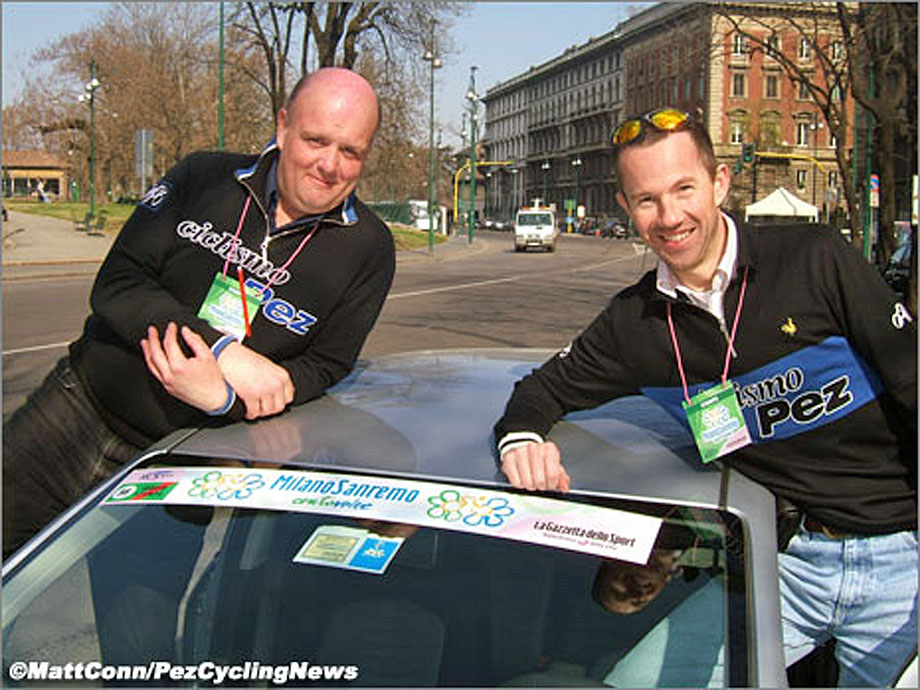 Ed and Martin in Milano – Photo by Mat Conn

Our condolences to his family and friends. RIP Allan Knight. 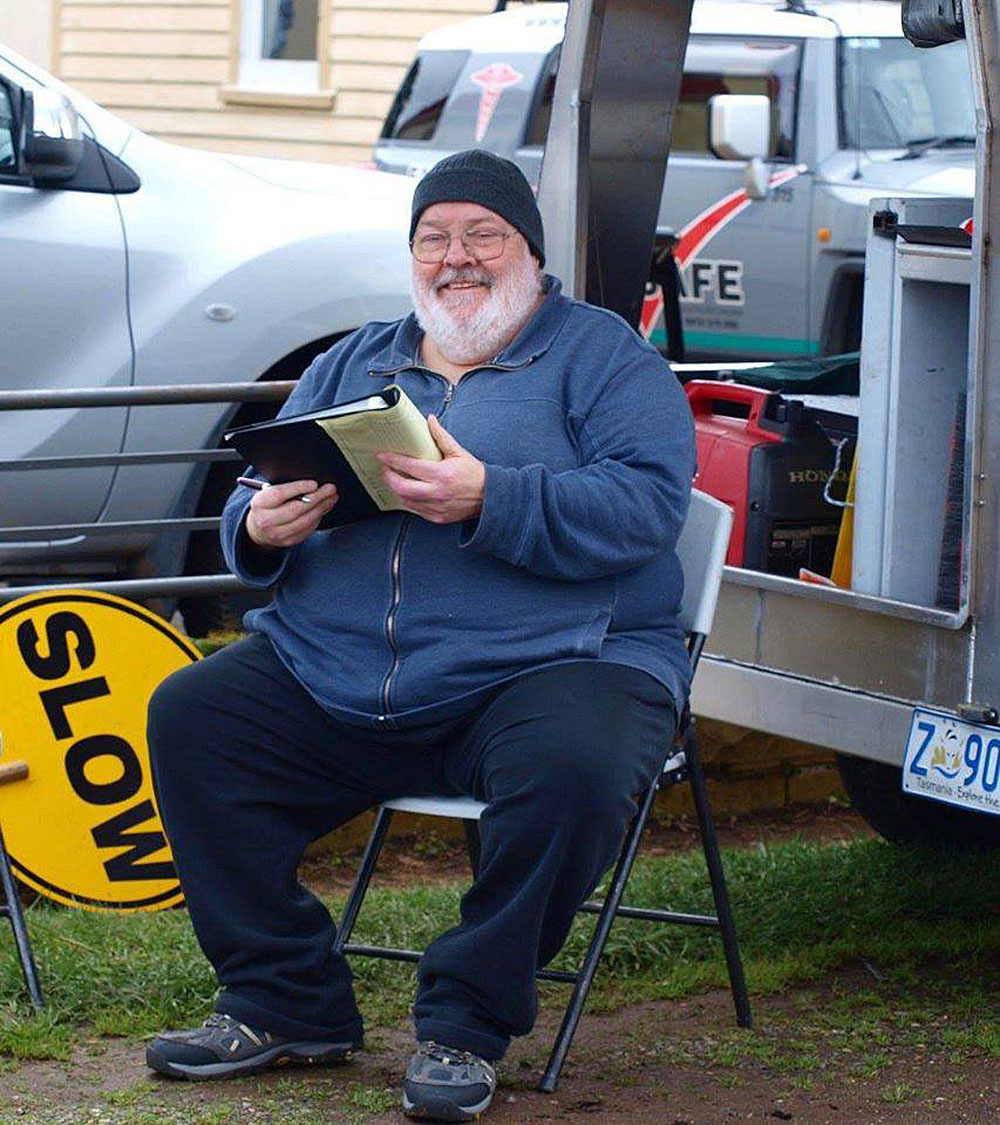