A Christmas Message From Spain

Life isn’t all cycling, especially at Christmas! Here in my adopted Spanish home town this has become very apparent in recent months. This short story has little connection to cycling, but I thought you might find it interesting and give you a look behind the scenes of where I do some of my writing.

Not much happens in the village of Polop De La Marina, the last bit of excitement was when “El Cid” hid in a cave below the castle about 700 years ago. Since then, apart from the Spanish Civil war, the biggest problems have been a low fruit crop or the olives are not very good. 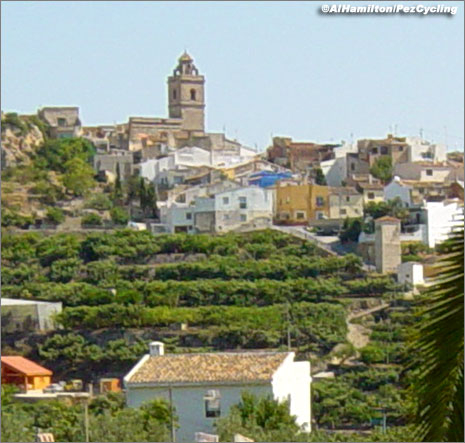 Two years ago the Mayor, Alejandro Ponsoda, was shot outside his house by unknown assassins; this was one year to the day after he officiated at my wedding. Alejandro was also cousin to my good friend Javi’s mother, the owner of Bar Pol-Mar where I do my Vuelta previews. He had recently become a grandfather and his aged mother had just passed away, it was a very sad and confusing time in the village. 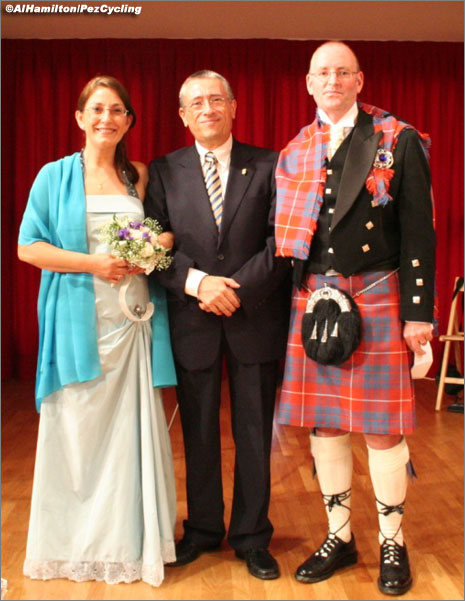 In October on the anniversary of Alejandro’s murder, the new Mayor led a 5 minutes silence outside the Town Hall, the Guardia Civil where still leading an investigation, but it seemed like it was a cold case. Then, two Czechoslovakian’s were arrested for numerous crimes and had started to talk, they were door-men at a “house of ill repute” on the coast and they were hired gun-men. 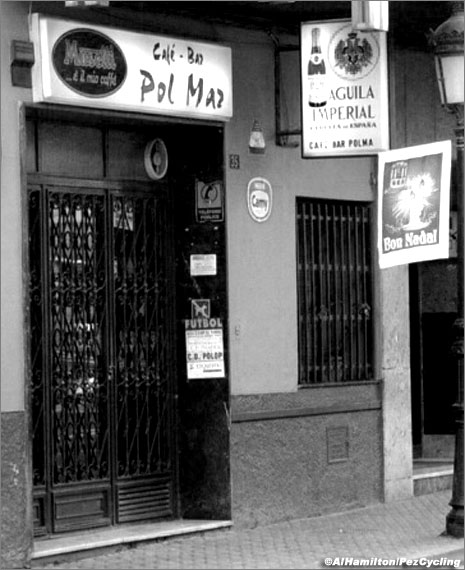 Next to be arrested was the gun supplier and the owner of the whore house; talk in the village was rife. Then it was the owner of a shoe shop in the village to be arrested and there were roumours that someone in the Town Hall was implicated as three prostitutes were witnesses to the meeting in the whore house to arrange the shooting. The new Mayor was disgusted at any suggestion he had ever been in a whore house and that anyone in the Town Hall could have anything to do with all this!

Life in the village became difficult as the media converged on it, all the newspapers and camera crews from all the TV companies where filming everything, you couldn’t go for a quiet coffee or your vegetables without being harassed by cameras. 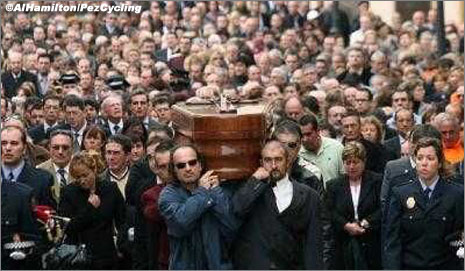 So, the new Mayor was arrested in his house at 3am, it appears his daughter is studying in Miami and his wife was visiting her, between them they had forty eight bank accounts, a big house, Mercedes convertible and he owns a hotel in Morocco. All this from a normal average family man from a basic background. He is now in Villena prison waiting for the court case. 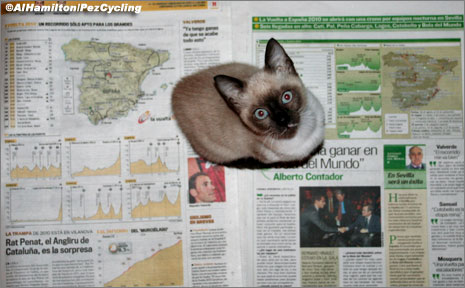 The good news is that there is a new arrival in my house, at six weeks old she was 0.5 kg, Oli Patita has as yet shown little interest in cycling, but you never know!

“What has this all to do with cycling?” I hear you say. Nothing, but then what has cycling got to do with Christmas?

A Merry Christmas and a Happy New Year to you all and let’s hope 2010 brings us a great cycling year.

Best Of PEZ ’09: Three Old Guys The Day After