A Man For The Cobbles: Clinton Avery

“If you were Belgian, you would have already been in the Pro Tour for three years…” That was the harsh verdict the Lotto team laid down on New Zealand’s Clinton Avery, explaining why, despite his five years of European results, and a very successful stagiaire period with Radio Shack, he could not get a pro contract. The new Champion System Pro Cycling Team, which snatched him up for 2012, might have very well saved one of the great talents in the sport.

The man is big: 6’4” and 194 pounds. He has power: 1980 watts in a sprint, 15 broken bikes in a still young career. And he gets results: Winner of the Vlaamse Pijl, three top ten’s in U23 Paris Roubaix, five international wins last year. 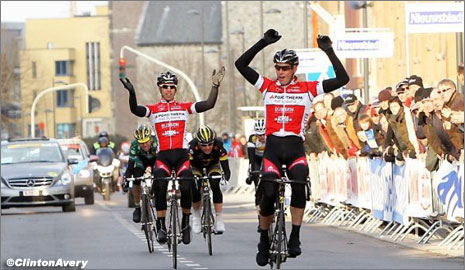 Above all, Clinton Avery has demonstrated character under tough conditions. He was a victim of the 2011 Pegasus debacle, counting on the contract, preparing hard for the season opening Tour of Qatar, only to have the rug pulled out from under him along with the rest of the team. Avery, undaunted, borrowed money from friends and family, and set back off to Belgium determined to get back into the show. His appendix burst shortly after arriving, was hospitalized for 10 days in critical condition, and found himself alone, damaged and facing a pile of bills. The Kiwi was in his final U23 year – his shelf life was expiring and the pros were fading into the distance. 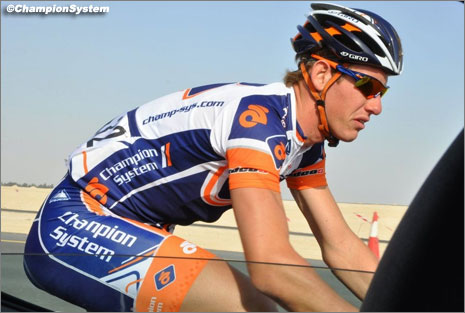 So he chased, chased hard, won his five internationals, only to have all of the Belgians refuse him. Enter Champion System GM Ed Beamon (read the PEZ-Interview here), another Pegasus graduate, who brought the Kiwi into his new Asian fold.

Avery dreams of Paris – Roubaix: “I love cobblestones – that is, I hate them, but I love them, because in the same way climbers can kill you on a mountain, I kill the others on the stones. I can make them suffer.” 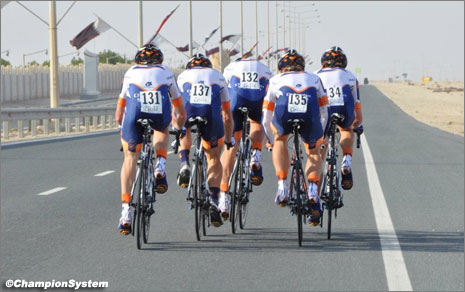 Avery (#132) leads the Champion System team in the Tour of Qatar TTT.

Despite his size, gigantic for a road cyclist, Avery is a real Flahute, fearless in the peloton, incredibly agile and fluid on his machine, turning his 177.5’s at 110 rpm all day long, but handling the 11 cog when needed.

He doesn’t use an SRM. “I can’t afford one. Radio Shack did lend me one the summer I was a stagiaire with them…but I’m in form when I need to be.” 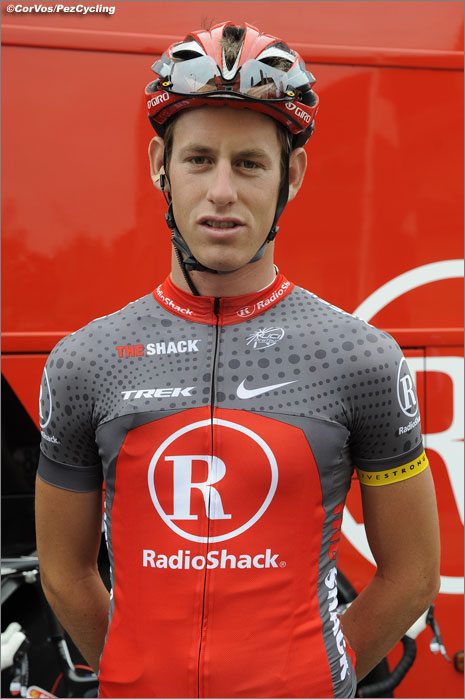 Avery rode as a stagiaire for RadioShack back in 2010.

The Flandrian bike handling skills make sense when you consider that before turning to the road four years ago, Avery was a mountain bike racer. He won his Elite Nationals twice, was the NZ Commonwealth Games representative and took an MTB Tour de France stage. Road racing success came almost immediately, he won the U23 National Time Trial Championships twice and raced well in Belgium. 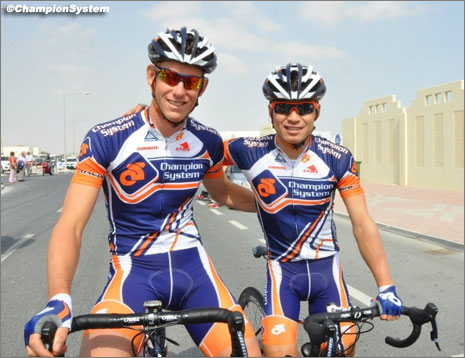 Avery seems tailor made for the Northern Classics, yet…a Belgian raises the caution flag. Tim Meeusen was also a Vlaamse Pijl winner and is now a Director Sportif for the team: “Clinton is a big talent with tremendous character. But to do well in the Classics, you have to ride the weeklong stage races like Vuelta a Andalucia as preparation. The big question is whether he can haul his 88 kilos over the climbs without destroying himself, without leaving the energy and fitness he needs for the Classics on the roads of those stage races.”

Avery seems confident. “Look, I can’t take too steep and I’m not good with lots of rapid changes of pace. But even if it’s a long climb ridden hard, if it’s not too, too steep, as long as it’s steady hard, I can hang on.” 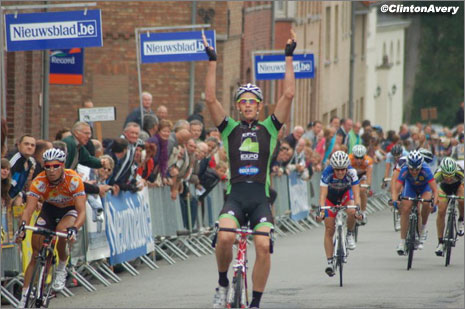 Avid race watchers should follow the results – even deep down the lists – of this year’s early season stage races and track the brave young Kiwi. Then wait for the peloton to move north to see if Clinton Avery can fulfill his professional promise in the lands of high speeds, strong winds, bad weather, worse roads and the most devilish riders on earth.

Here’s a short video from Champion Systems with Avery:

[Editor’s Note – Ed Hood has interviewed Clinton Avery twice over the last few years. First, after his big win at the Vlaamse Pijl in 2010, then again later in that same season when he was a stagiaire with RadioShack.]

PEZ On The Scene: Rapha Condor-Sharp In Spain!