“Show me the money!” was an oft-quoted line from a noted sports-related film but in “American Pro,” an insider’s look at professional bike racing in America, nobody is asking that question because they all know there isn’t any. As author Jamie Smith notes: “In the supermarket of sports, cycling is located so far up the niche sport aisle, it’s invisible to the naked eye. It sits atop a high shelf out of reach of children…” 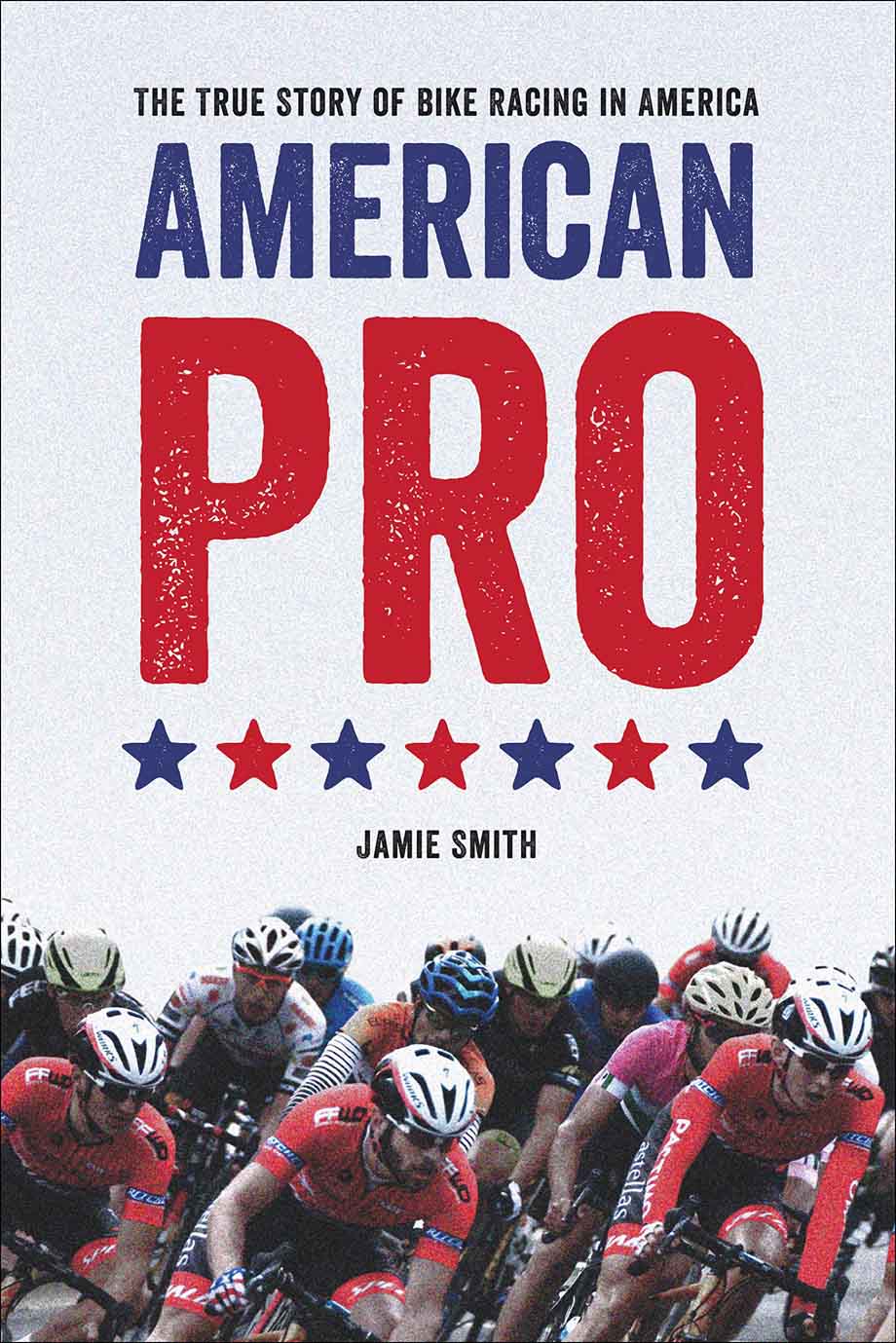 Jamie Smith, whose entertaining book “Roadie” was released on an unsuspecting world in 2008, has an impressive background, including being fired from a job for phoning in sick when he was actually competing at a bike race. As a race announcer, he has called events in 38 different states in the USA. And he admits to only owning eight bicycles, although ranked as a Cat. II racer. 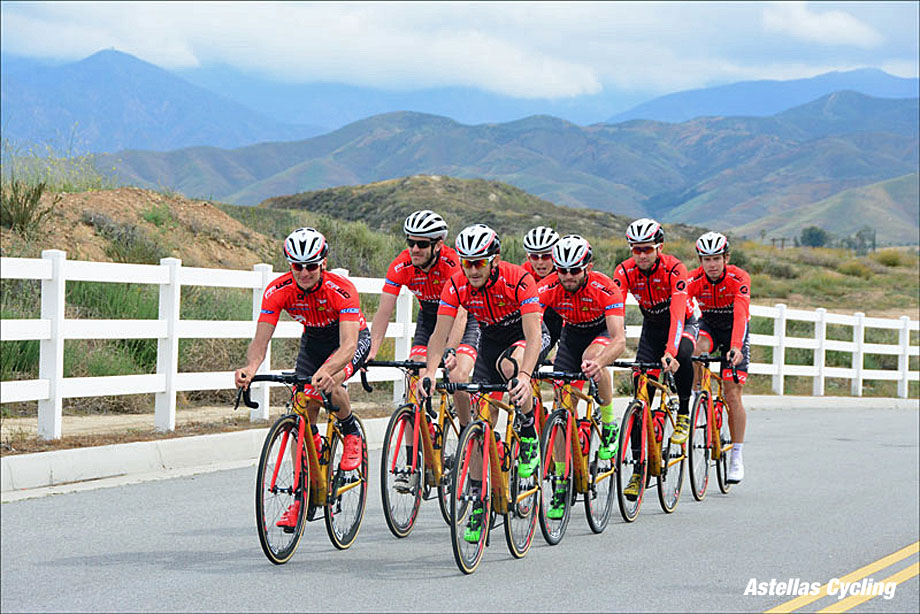 His latest book purports to be an account of the life and times of the Astellas Cycling Team, based in Chicago, that competed at the Domestic Elite and then UCI Continental level between 2012 and 2016, at which point its sponsor pulled out and the team was finished (although its Website of the Walking Dead continues). In his preface, the author admits that even many cycling fans have never heard of the team and it “didn’t play a memorable role on cycling’s world stage.” 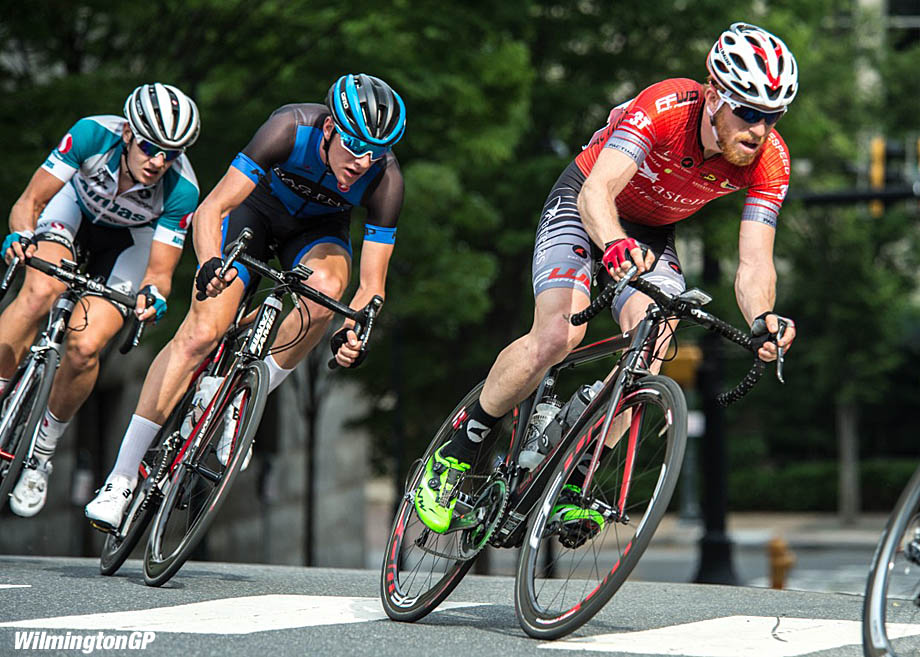 But wait! There’s more! This is really a much bigger story and simply uses Astellas as an example of how the bike racing system, such as it is, operates in America. It is peopled by some pretty passionate characters, including the founders of the team, who by necessity had to be very hands-on, and the riders. One learns that there are some barriers to entry at the World Tour and UCI Pro Continental levels, including financial guarantees and staffing, but below that things look pretty chaotic. At the Continental level (not to be confused with Pro Continental, egads!), there is no minimum wage. So this means that there are professional cyclists doing the circuit for nothing more than expenses, with the risk of uncompensated career-ending injuries always present. The first year that Astellas operated at the Domestic Elite level it had a budget of $65,000 and while that increased somewhat it was still not much in a sport where even World Tour team budgets are considered skimpy in the world of professional sports. 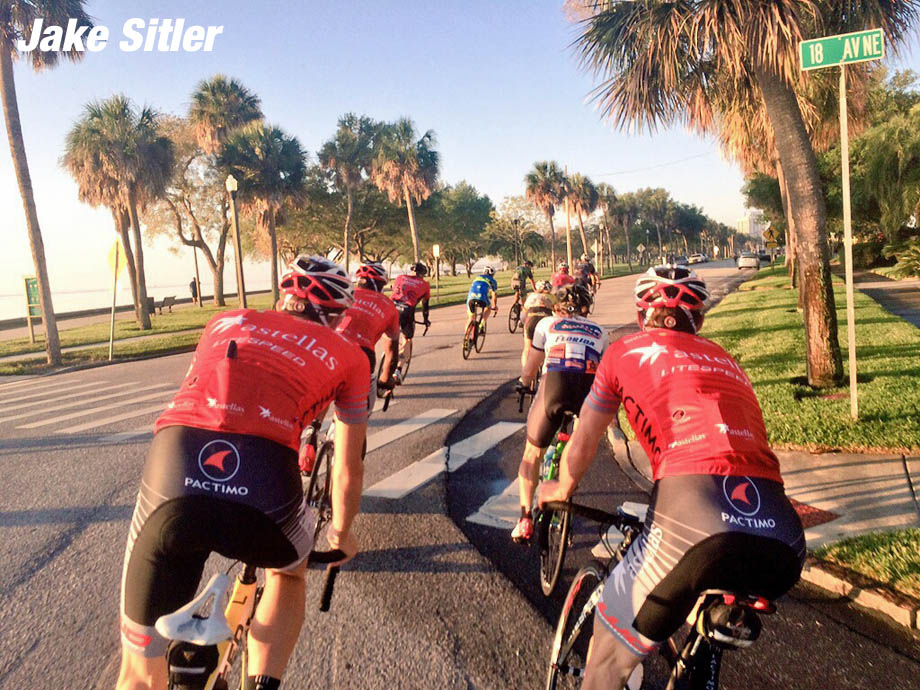 Jamie Smith seems to have had various roles as go-fer or semi-soigneur with the team, so there is a good view of how it operated. A pharmacist did the money-sourcing and a retired rider was the full-time team manager. Riders got onto the roster in a somewhat haphazard way but it was agreed that the focus of the team was talent development rather than winning per se. So the riders fell into two categories: young bloods with physical talent but lacking race experience; and old dogs in their 30s who were there to act as mentors. 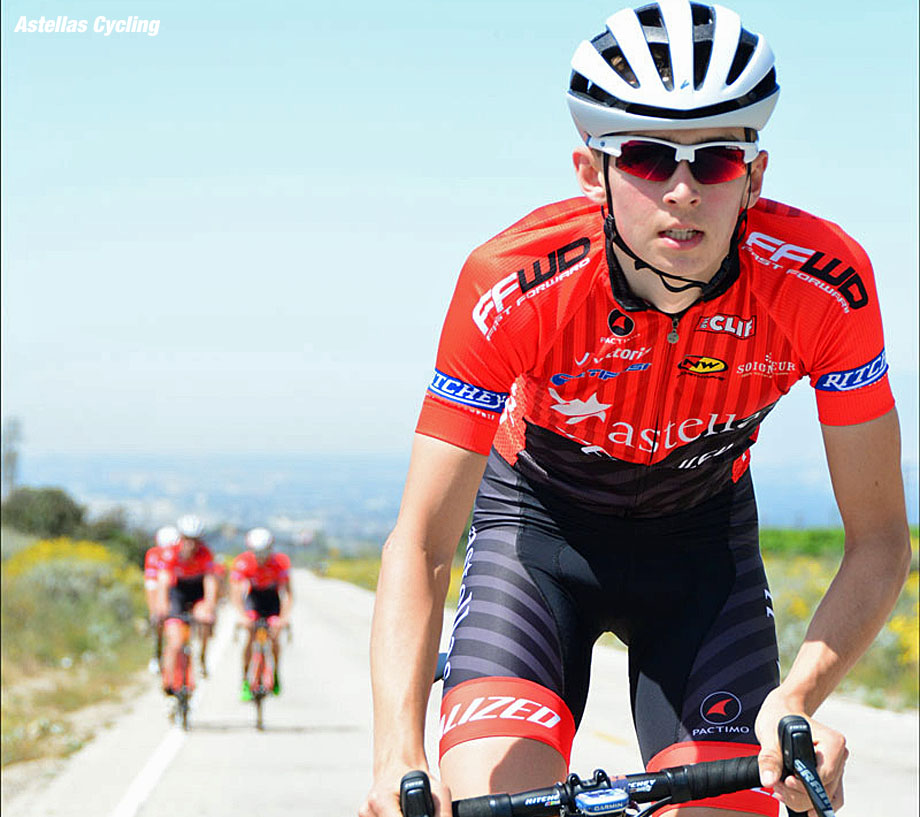 The author makes an important point about sponsorship and questions what exactly it is that sponsors get in return for their (admittedly small) investment. In the case of Astellas, it was sponsored by a Japanese pharmaceutical company promoting oncology products. These are not consumer products and it took a silver tongue to persuade the company that the team could be used to promote the product to oncologists, and especially ones who rode bicycles themselves. This seems to be an impressively small subset of the population. It is generally true that this kind of sponsorship is really the result of someone in the sponsoring company being keen on bike racing. This is not unknown at higher levels—what possible financial return did the Leopard-Trek team of 2011 memory give back to its wealthy Luxembourg backer except a warm feeling? 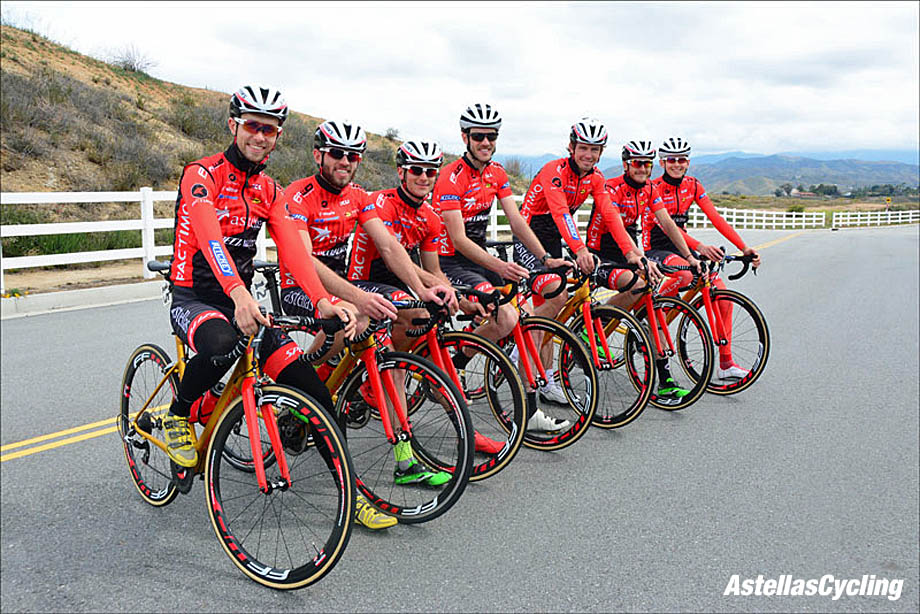 The reader is given the full story on how a local race gets organized, which in the author’s wry tone, simply involves “making a few thousand phone calls.” A lot of effort goes into the result and even better-known races get minimal media coverage. Fan support tends to be enthusiastic but numbers typically in the hundreds. Nothing like waiting at the top of the Zoncolan. 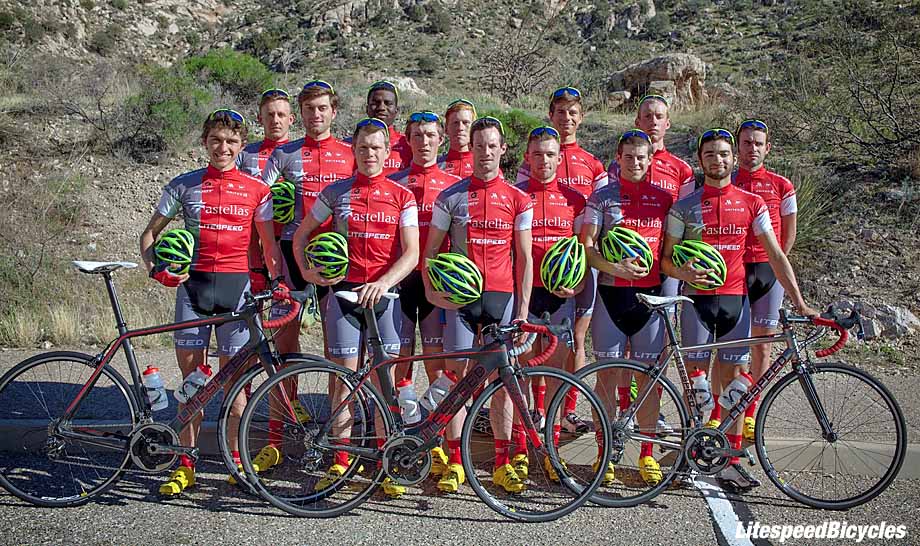 The team sees changes in personnel overs its existence as riders come and go. A total of 41 wore the Astellas kit, but only a single rider stuck it out for the entire five years. The races are of widely varying character, from criteriums to slogs like the Battenkill or Tour de Beauce, and, unlike racing in Europe, require driving vast distances to participate. There is so much that is awful—the lack of money and recognition, the boredom between races, the appalling hotels—one wonders why anyone would even put together a pro team in the United States, let alone ride for one. But the author brings the races to life and the excitement of competition is palpable. The riders push themselves beyond what they think is the limit, they learn to read the race, to employ strategy. And, from time to time, stand on a podium. 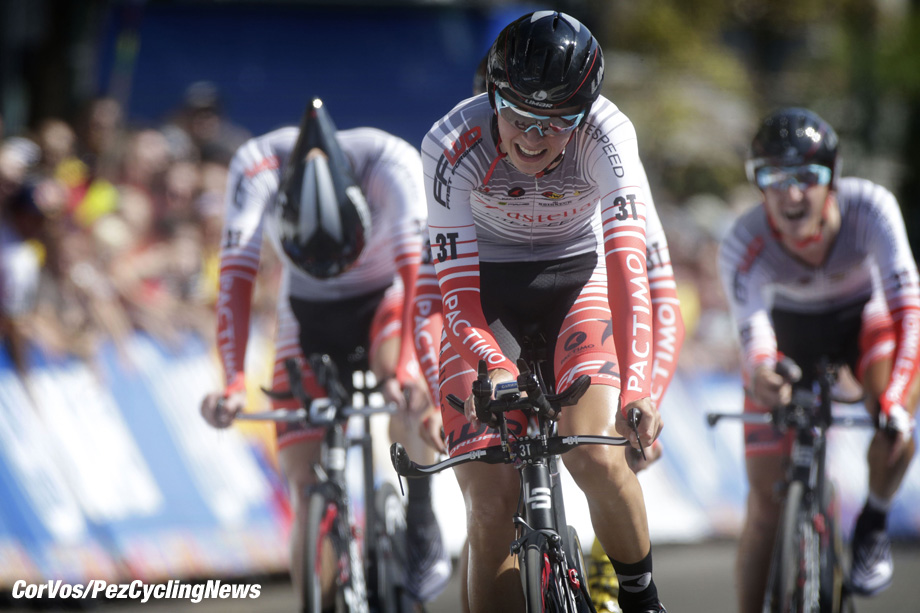 A highlight for the team was to participate in the UCI Road World Cycling Championships in Richmond, Virginia, in 2015, during the team time trial event. Although the team finished last (well, they beat Tinkoff-Saxo, who had crashed), it was a great experience for the young riders to be so close to the big league. 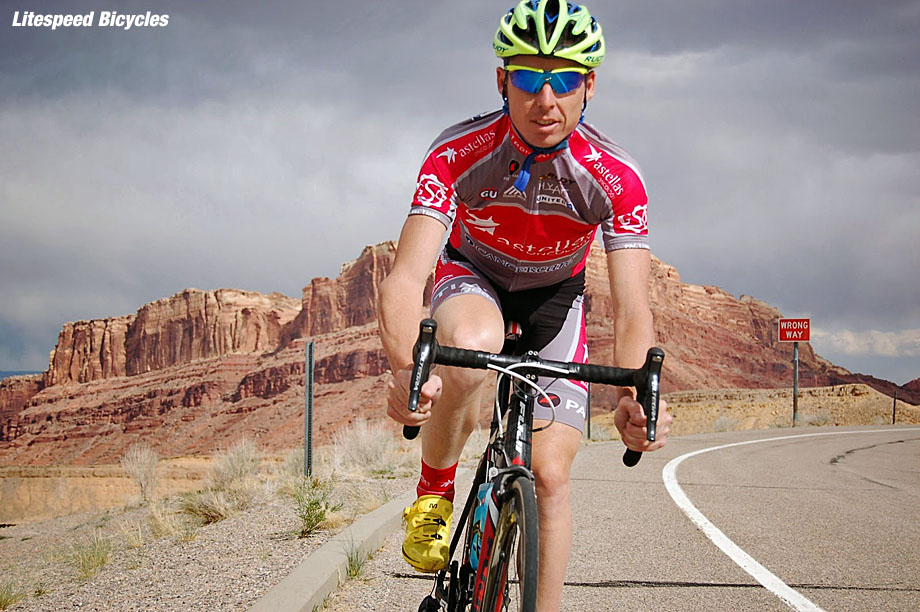 Those podiums the team sought were mostly in a small town in America but sometimes in a more exotic place as the final chapter in the history of the Astellas Cycling Team takes place at the Tour of Fuzhou in China. Although the racers knew that the team would not continue into another year, they did remarkably well in the stage race, finishing third overall and winning the final stage, as well as coming third in another. 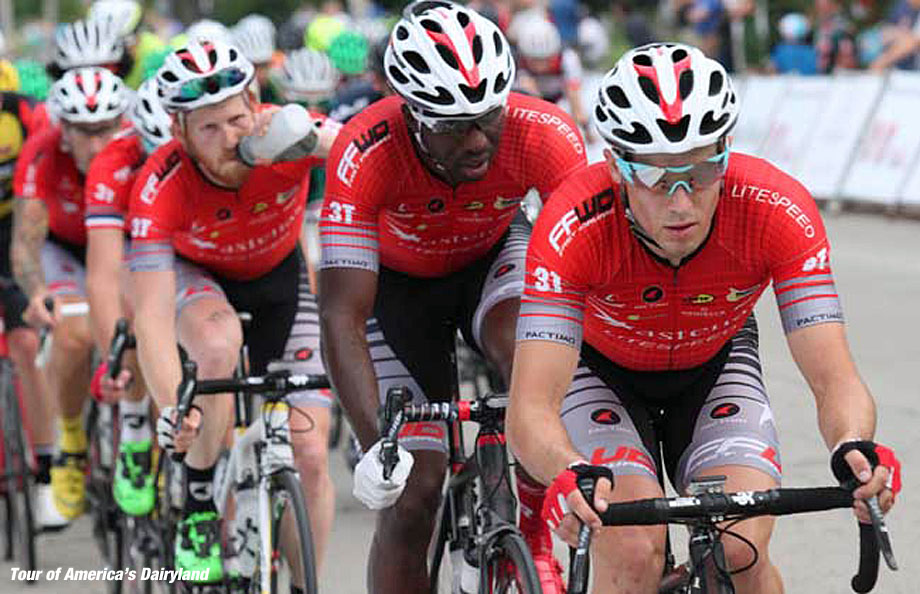 So, was all the effort worth it? Clearly not from a financial standpoint. But as Jamie Smith writes: 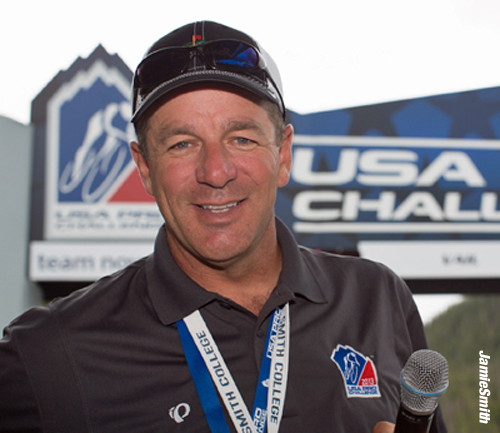 The author provides detailed insight into this world but leaves questions for us to consider—the role of sponsorship or how the administration of a sport that is unsure if it is amateur or professional at times can be improved. Finely and affectionately written and often eye-opening. “American Pro” is a world away from the glamour of the World Tour but is about people (and for people) with a passion for that special something in the niche aisle of the sports supermarket. 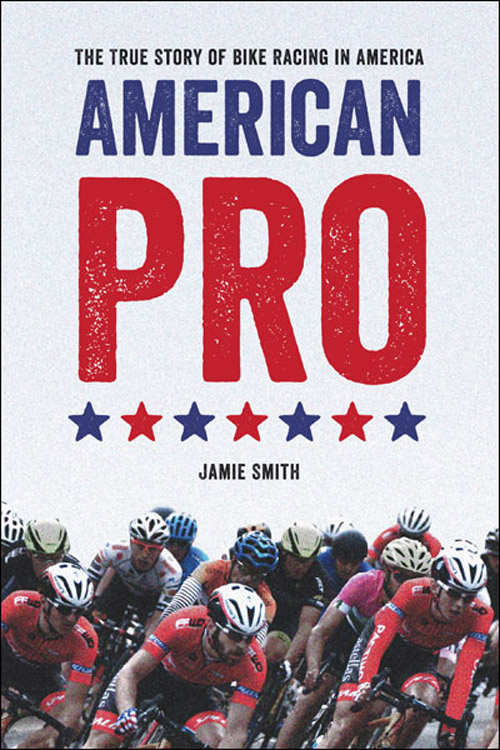 For more information, go to www.velopress.com

“American Pro: The True Story of Bike Racing in America”
by Jamie Smith is available at AMAZON.COM

* Some photos not from the book. *

Happy never to have had to scrounge for energy bars in China, Leslie Reissner may be found doing the Yourtown Crit at www.tindonkey.com, in spite of the nasty corners.