The ASO’s recent ‘withdrawal’ of its races from the World Tour calendar could very clearly set pro cycling on a path to an even worse economic state than already exists. This analysis from TheOuterLine.com explains the dangers that lie ahead.

— Written by Steve Maxwell and Joe Harris, co-editors of TheOuterLine.com. —

Analysis: The recent move by the Amaury Sport Organisation (ASO) to reject proposed UCI changes and pull its races out of the WorldTour has left people wondering what it all means. ASO says that its move will preserve an open and more competitive atmosphere in the sport. But closer analysis shows that if ASO follows through on this threat, it will inflict severe economic pressure on the teams, strengthen their own competitive advantage over other race organizers, and marginalize the economic and career aspirations of the riders – even forcing many out of the sport. 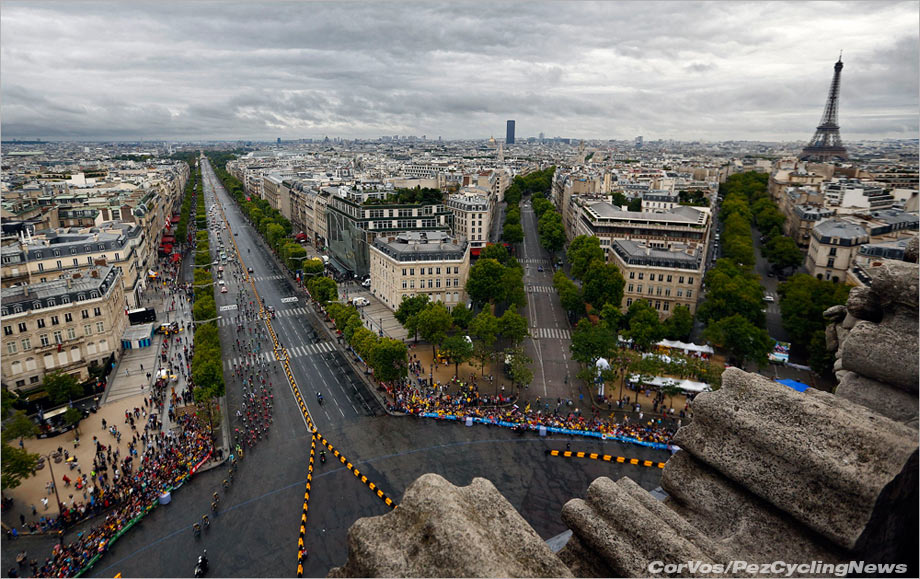 From the short list of rather marginal changes that comprise UCI’s so-called reforms, ASO is primarily unhappy about the proposed extension of WorldTour team licenses from one year to three years. This is a critical point for the teams, because WorldTour license holders receive an automatic invitation to the Tour de France – the sport’s marquee event which is often a critical make-or-break prerequisite for attracting sponsors. (That the entire sport is so dependent upon a single event for its economic survival is a problem to discuss at another time – but it’s a fact.) The UCI’s proposal – made in good faith – was intended to provide teams with a small measure of greater economic stability, hopefully encouraging more sponsorship interest. These reforms were designed in the spirit of progress during the last year, and were approved by various UCI commissions and committees – committees, incidentally, on which ASO has representation. Yet, when the reforms were formally announced earlier this month, the ASO stormed out of the meetings, apparently intent on implementing a scorched earth policy towards the rest of pro cycling. 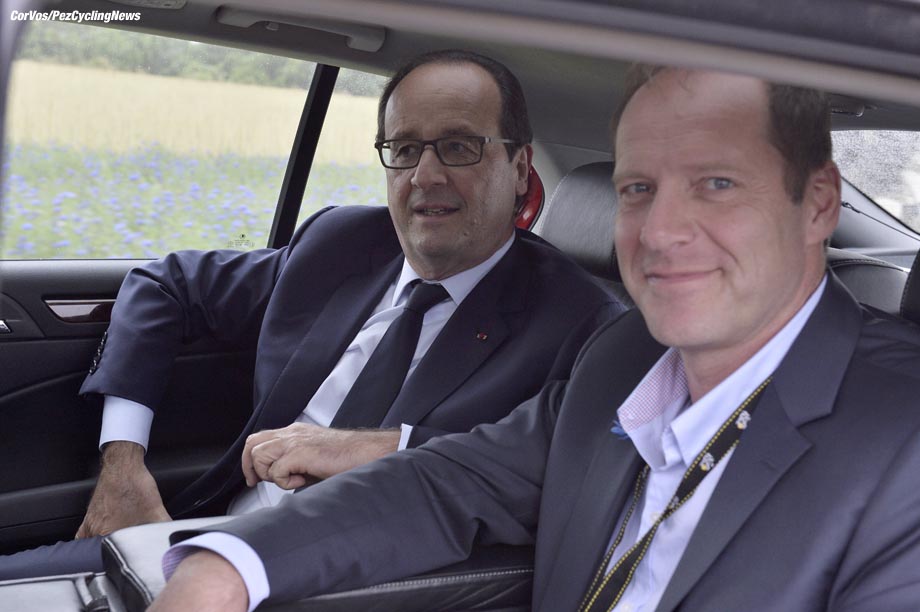 ASO claims to favor an annual system of promotion and relegation of the teams, stating that this will help strengthen smaller races, improve rider safety, and that somehow “everyone will win.” But in trying to justify this position, ASO may have inadvertently exposed everything that is wrong with its business model, saying that they remain “committed to the European model, and cannot compromise the values it represents: an open system giving first priority to the sporting criterion. It is therefore in this new context and within its historical events that ASO will continue to keep these values alive.” Rarely has ASO stated its myopic view so clearly – that a global sport can only operate in a “European model” or more specifically, ASO’s model. While no one needs a reminder that ASO holds a virtual monopoly – what this statement really intends is a direct assertion of dominance over all the stakeholders in pro cycling – the UCI, Velon, the AIGCP, and the CPA.

Adding insult to injury, ASO has also implicitly accused the teams of being greedy – of trying to steal away ASO’s revenues. But, as one embattled team official put it, “We don’t want their profits. We just want three measly years with a little more certainty, where we don’t all have to be out there every single day, poking each other’s eyes out, just trying to survive.” 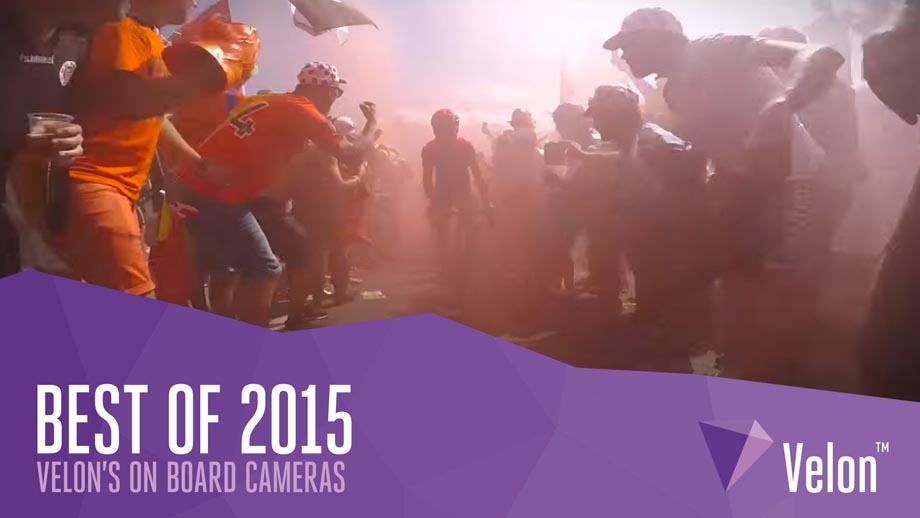 Velon.cc – More than just on board cameras

If ASO does indeed make good on this threat, there will likely be several big losers. First, it will twist the knife further into the backs of all other race organizers. If ASO essentially turns the Tour de France into an invitation-only event, the world’s top teams will be forced to cater to ASO’s demands and whimsies in the hope of a Tour invite. Teams would have little incentive to send a competitive squad to the Giro d’Italia if a good performance there had no bearing on an invitation to the Tour. Instead, minor races like ASO’s Criterium Internationale or Worlds Port Classic could take on a new importance – replacing other races as potential qualifying criteria for the all-important Tour invitation. Every non-ASO race on the WT, from the Tour Down Under right through to Lombardia, would immediately diminish in sporting value and viewership because the current system of UCI points would be rendered largely irrelevant.

Second, the teams will be gravely hurt. The Tour is the primary event where sponsors can earn a return on their investment, and by removing an objective means of evaluating who should attend and who shouldn’t, ASO dilutes the value that a team might present sponsors. Racing the Giro instead of Picardie? No Tour invitation for you, and likely, no sponsor at all next year. Without a more guaranteed licensing system, team owners will never be able to build equity value in their investments, and ASO is effectively in the position of being able to make or break virtually every investment in cycling. Reverting to an invitation-only model promotes favoritism, nationalism, and bias over the global health of the sport – creating greater uncertainty and risk. Sponsors run from uncertainty and risk.

The ASO wants everyone to believe that they are promoting a standard system promotion and relegation, and that this will be good for the competitive nature of the sport. But this is a myth in pro cycling. In other team sports, teams which are relegated are supported by a league’s financial safety net of operating funds (such as shared revenue). But in cycling – which has zero shared revenue – this system is not really promotion or relegation; it is promotion or death. 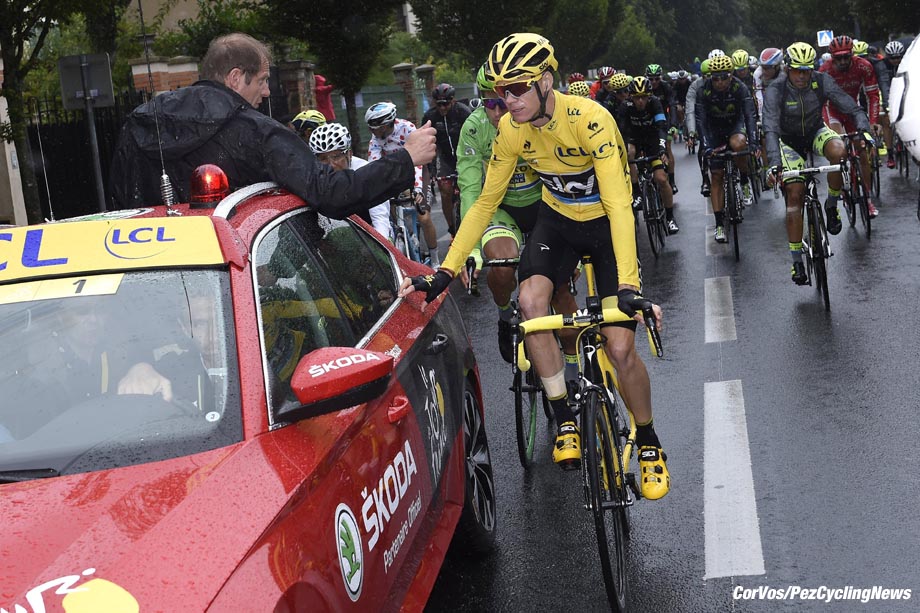 Third, the riders will be the ones most hurt in this conflict. Fewer WorldTour teams would be able to attend the Tour de France, and this would force downsizing across the landscape. The instability created here will force some teams to reduce headcount, or step down to the Pro Conti level with hopes of gaining a wild card slot to the Tour. Other teams will simply disappear, because their sponsor contracts require that they race in the Tour. These factors will reduce the value of the riders, driving down employment opportunities – not only for riders but also for team support staff. One team official expects that rider salaries could be reduced by as much as 30% across the board, and over 100 current WorldTour riders could find themselves out of work. And finally, as in any monopoly, the parties hurt the most by negative business practices are the consumers – in this case the fans. If the sport stagnates, its millions of fans around the world will also suffer.

It is in the best interests of everyone to try to build a more sustainable model – and the proposed UCI reforms were at least a small step in the right direction. All stakeholders need to re-evaluate short-term selfishness against long-term gains, but especially the ASO. Rather than continuing to reinforce its dominance over today’s constrained and unstable sport, ASO could choose to lead by promoting a healthier and growing sport, increasing the size of the pie for everyone. And the crazy thing – which ASO doesn’t seem to realize – is that by doing so, they could be considered heroes by the rest of the cycling world, while simultaneously expanding their own revenue base.

Inside Astana: Chris Baldwin Gets PEZ’d!