On Friday Lance made his official return to his hometown after his history-making summer in Europe. PEZ was there (so you could be too!), rubbing shoulders with local dignitaries and celebs like Steve Miller, and sampling the Shiner and margs… 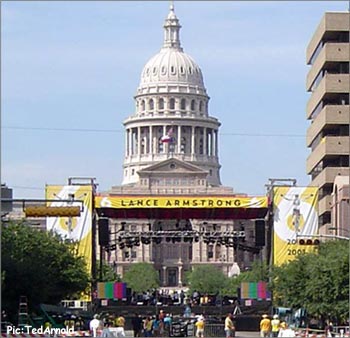 Lance holds a special place in the heart of his fellow Austinites and through cancer and the Tour de France their relationship with each other has been closely linked. He trains on their roads and professes his love of Tex-Mex, Shiner Beer, and margaritas. Lance is indeed a “hometown boy” as evidenced by the sea of yellow shirts, banners and “6” signs along the parade route.

Questions For Lance
During a pre-parade press conference Armstrong also took time to answer questions of his upcoming season admitted that though the decision has not been made yet, he is leaning towards defending his title in the Tour. Armstrong also left the possibility open that it may be 2006 before he returns. “There are other objectives in cycling that I want to pursue, but I’ll definitely be back to the tour.” Armstrong explained. When I say I have another year or two it’s not just a random number it’s what I think my body can stand.”

From the cycling perspective perhaps the most reveling commentary of the press conference came when questioned by PCN inquired about the recent flurry of signings of Discovery Channel. “We needed to sign a rider like Popovych because we think he’s a rider for the future in the Tour de France. Regardless of where the rider is from if you have somebody that can win the Tour it’s a great thing. We think we have strong Americans that can contend or win stages, but we need to find somebody that can continue to win the Tour. At 24 years old we think he’s that guy and I suspect we’ll continue to be aggressive–we’re not finished signing guys.” 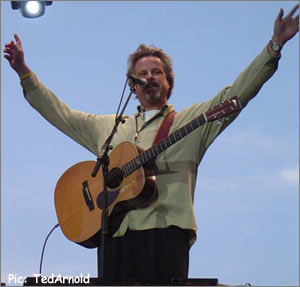 Longtime Armstrong friend, Chris Fowler of ESPN fame emceed the evenings post parade events and shared his favorite moments while local favorite Robert Earl Keen kicked off the musical festivities. Keen then surrendered the stage to Armstrong who shared his feelings of gratitude with the tens of thousands on hand.

“This vibe is a little different than Alpe d’ Huez but this is the greatest town in the whole world,” Armstrong commented to the crowd. As he spoke he took time to share that his entire off-season will be spent in Austin and that he plans on a few margaritas and Shiner beers to celebrate the hard work of the racing season. 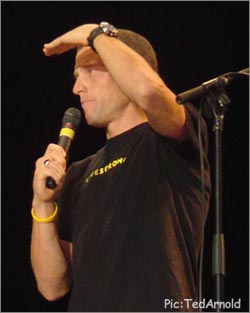 He then went on to introduce The Steve Miller Band who headlined the evening of and reminded the crowd to remain focused on the efforts of the Livestrong effort. Later the crowd was treated to surprise rendition of “The Joker” with Armstrong, his girlfriend Sheryl Crow, and Miller all on stage.