Basque Butler: Back In The USA!

Rider Blog: Chris Butler would love to riding the Vuelta a España at the moment, but due to injury it will have to be another year. Chris is well on the way to recovery from his broken elbow and has been on a racing trip to the US with his Spanish Caja Rural-Seguros RGA team. In his third ‘Rider Blog’ he gives us the low-down on Utah and Colorado.

It feels great to be busy with actual bike racing stuff. Gone are the days of daily doctor appointments and physical therapy. This was replaced with “operation get as fast as I can, as soon as I can”. My first ride outside with no cast since February was May 22, so that gave me about 8 weeks of training to get ready for Utah and Colorado. I got a few good weeks in Pamplona and then did Route de Sud in France with a dead left arm and not much fitness, but it was important to sneak that one race in before the team took a mini siesta from racing in July. 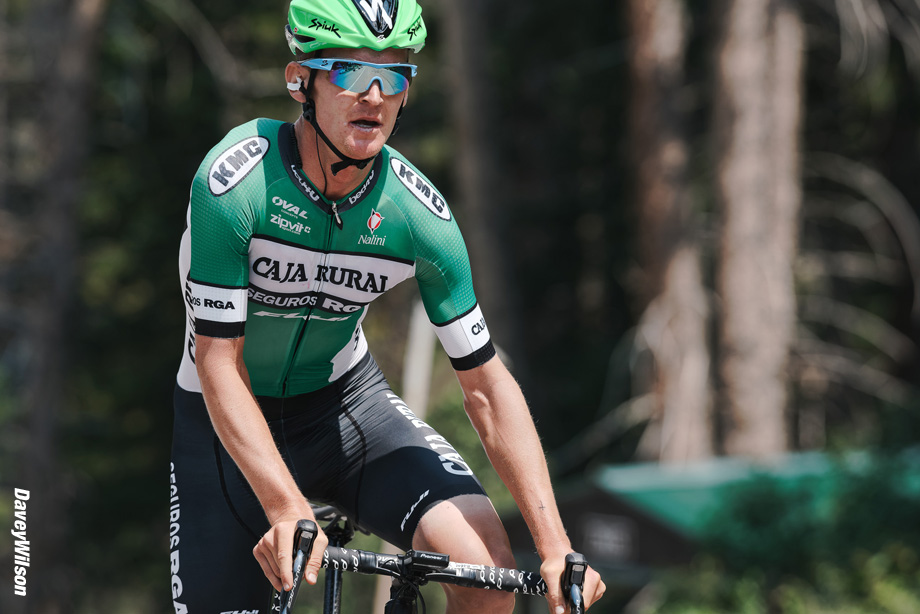 I remember when the team told me we were doing Utah and Colorado, and that it would be awesome if I did well… I was in the hospital bed prepping for an emergency surgery and had some diabolical infection that would keep me there for about a month. Too much too soon, so I just said great, went into surgery, and told them all my crappy news the next day. 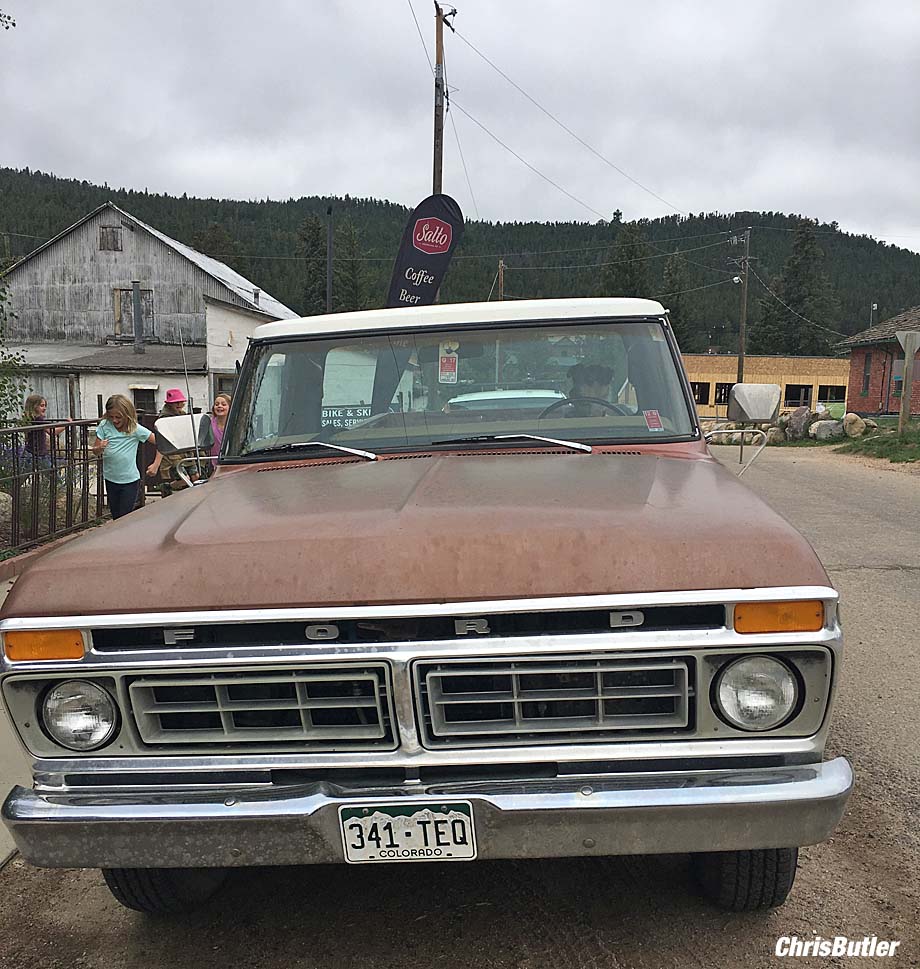 I’m so high in Nederland, I think the dogs are driving cars

I went to the Boulder/Nederland for the month of July to get in my one solid month of training and try to find my climbing mojo. This is always one of my favorite times of year, the weather is great, plenty of fast friends are around to train with, and my coach gets some hands-on time with me. I hopped in a few local races as well as Mount Evans Hill Climb which is North America’s highest paved road at over 14,000ft. Going into Utah there were varying expectations, but all you can do is give your best each day. Some people laughed and said just starting the race would be a success, others said I was fresh (fresh off a hospital bed and poisonous antibiotics). Anyway, I ended up 8th, maybe closer to 5th if I didn’t have a poor time trial… or if they had no time trial. I am pretty content with that, as I know next year what I am truly capable of with a proper run in. 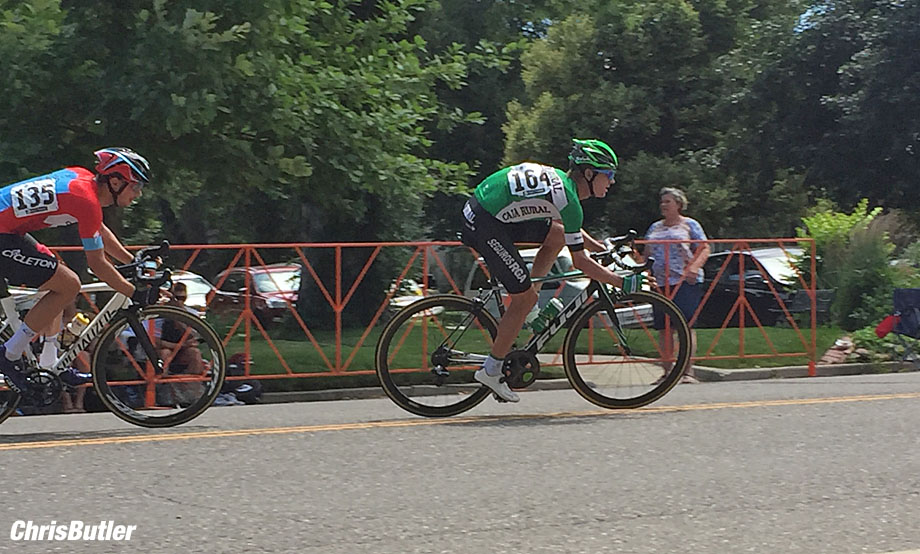 Trying to rip a criterium 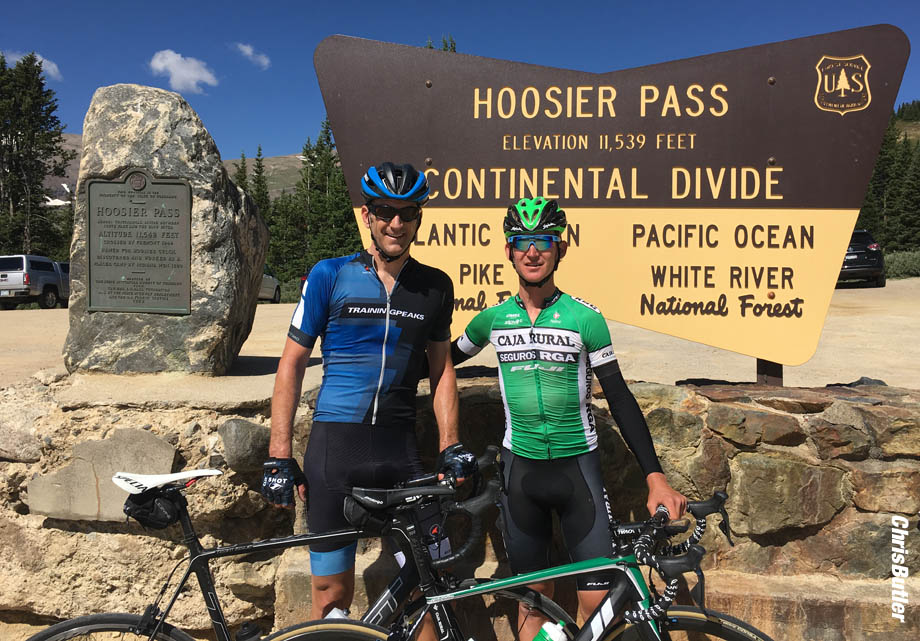 My coach (The Trainingpeaks Jefe) and I in Breckenridge

I had been cheerleading the American races all year to the team, so Justin and I were doing our best to make our Spanish teammates and staff comfortable in hope that Caja comes back again. All year, we are the dead weight not understanding stuff and getting the guys to help us order stuff off the menu… now our turn. I promised hard racing, good roads, no crashes, good race organization, and big beds with lots of pillows. I was pretty spot on except for the big beds at the first venue where we stayed Utah State University dorms where the whole peloton was struggling to keep their bedsheets set on the nylon mattress. 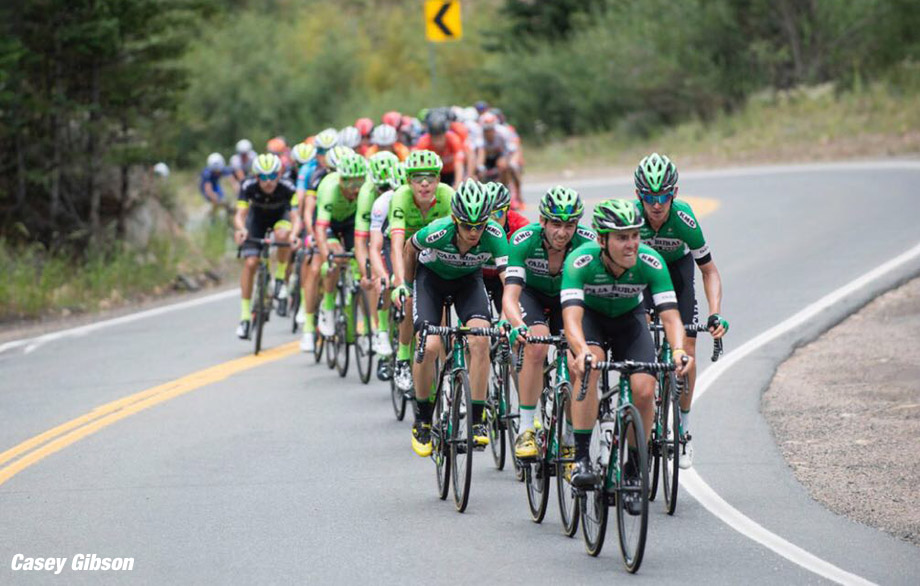 The Spanish Conquistadores of the New World

In Utah and Colorado it was a blast seeing so many familiar faces, although dinner time was like an abandoned war zone. Race meals are 6-9 and most teams are in and out by 7. We brought with us our Spanish culture of 8:30 “Cena”, so we ended up only seeing over worked mechanics and few riders coming back for a second dinner. The guys were receptive of the race food, the coffee and olive oil was abomination and became untouchable (fortunately we brought some from Spain). Seriously, we actually have an amazing olive oil sponsor and I think we save thousands with how much we use. I’m a South Carolina boy, so I took a small break from it and smothered everything in butter whilst I had the chance, even though butter 12 times more calorically dense than EVOO at cycling races.

Colorado was probably the most fun anyone ever had in rainy circuit races, light rain, hard rain, mammoth puddles, dirt roads and mud. I was just trying to avoid some of the “gnar” because I am going to personally keep this bike (this Fuji SL is spot on climbing, handling, stiffness and price point). The team was happy with another guy in the top 10, my legs were good and I was pleased with how the race went in wet, muddy conditions. Our last night we went out for some amazing burgers, fries, and cookie dough ice cream. So that was the last thing I ate in America, as the next morning we were off to Spain at 4am. 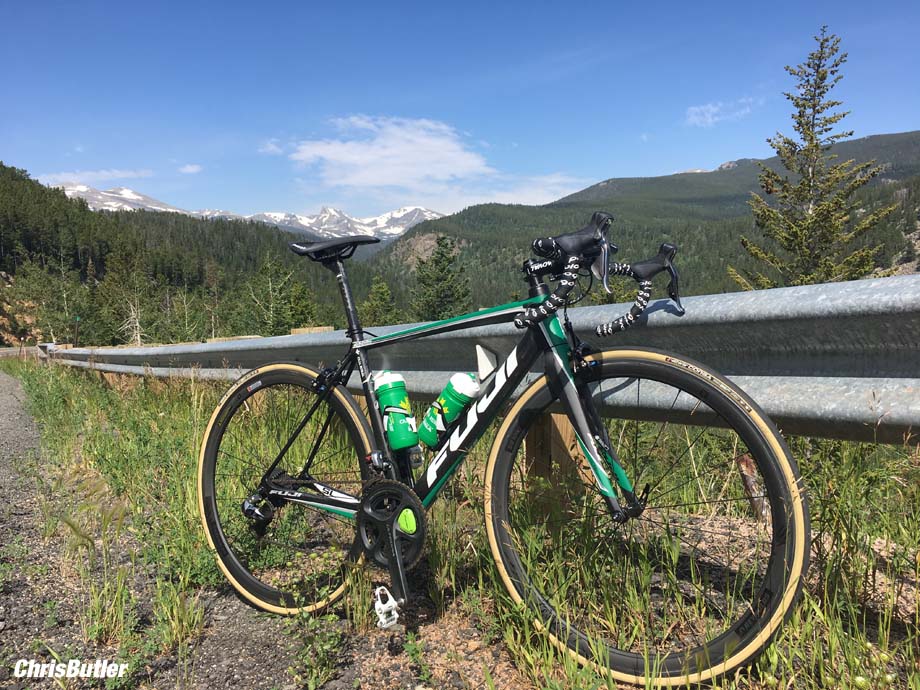 I’m now in Pamplona getting ready for a bunch of Italian one day races in September and October, beginning with Agostoni, Bernocchi, and Memorial Marco Pantani. Life is good, and it’s amazing to be here when the weather is good and my fitness is coming up every week. 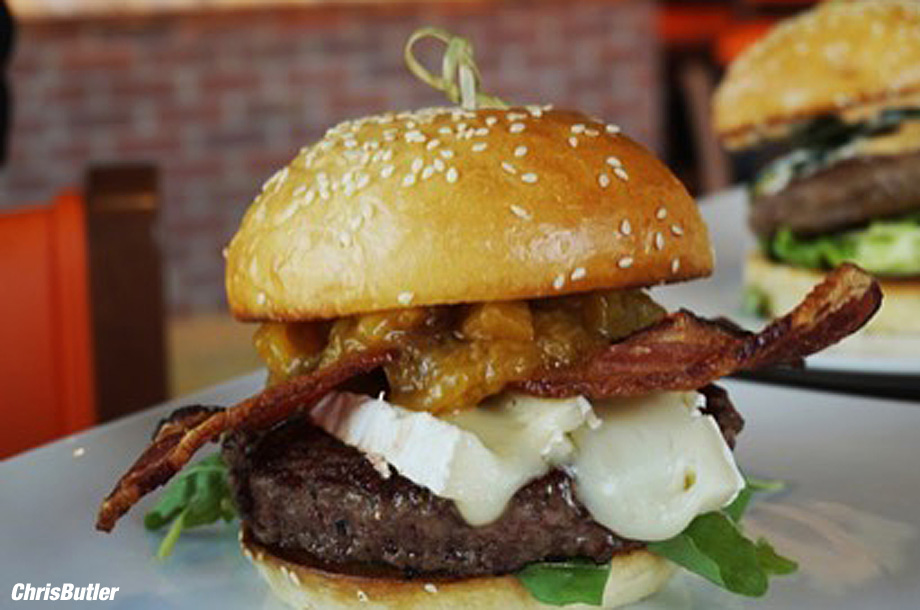 # We will be catching up with Chris throughout the season, race calendar and injury allowing, to find out all about life on Spain’s second biggest professional team. You can catch up with Chris’s first and second blogs. #