Rider Blog: Chris Butler has had a broad pro career so far, riding for BMC, Team SmartStop, Israeli Cycling Academy and now, in 2017, the Spanish ProConti Caja Rural-Seguro RGA team. We catch up with Chris in his new home in Pamplona, nursing a broken elbow, for his first PEZ rider blog.

You last heard from me with Alastair’s interview at the team training camp in Benidorm, Spain, he got us through my goals, expectations and thoughts about the team and upcoming season. Cycling is massive in the Basque Country, this hidden corner of Spain, and I hope to shine some light on what’s life like in this un-broadcasted cycling Mecca. 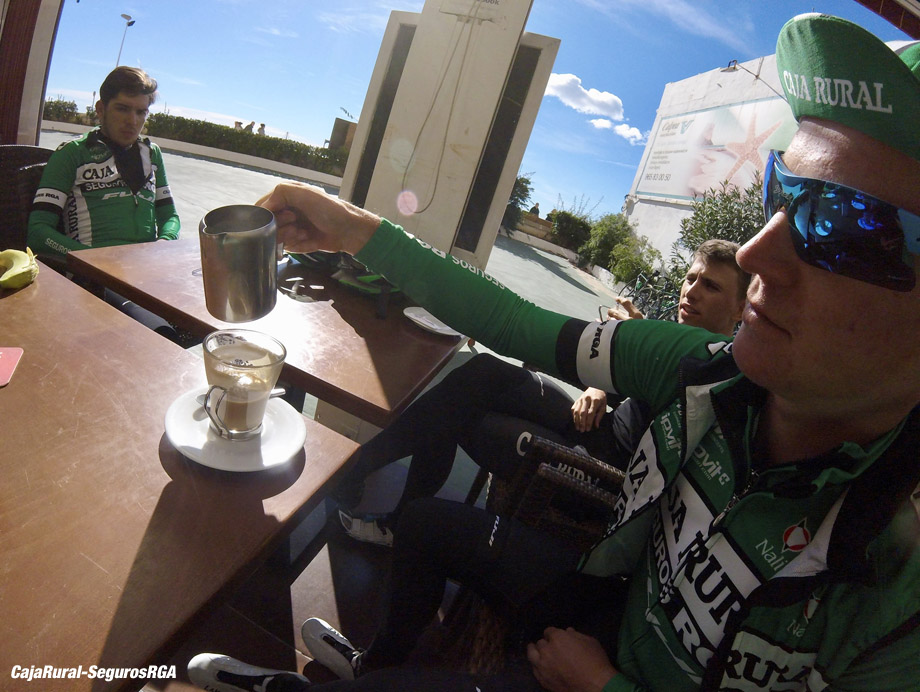 Unfortunately I’ve got a bit of time on my hands as I am recovering from a broken elbow in the Vuelta Ciclista “Clásica de Almería”. That’s a whole new write up I will do soon, but for now I’ll say it sucked, but could have been worse, and now I am halfway better!

Soon after (during) camp, we addressed the finishing touches on our visas. I flew back home, then to Miami, then back to Spain the day before the Vuelta a la Comunidad Valenciana. That was a tough race, and the team just allowed me to be stress free and use it as a bump in fitness, but I really can’t complain about how the team took care of me in the process of ‘getting all legal’. Perks of having some important Caja Rural associates make some phone calls and expedite everything. The team basically did all the paperwork for me, and in a matter of 10 days of travel and all fees paid I now have a full year visa, Spanish NIE (Número de identidad de extranjero or ID number for foreigner), and a residence card. A massive sigh of relief to have that sorted, especially with the recent news of the EU restricting American visa free travel to Europe. 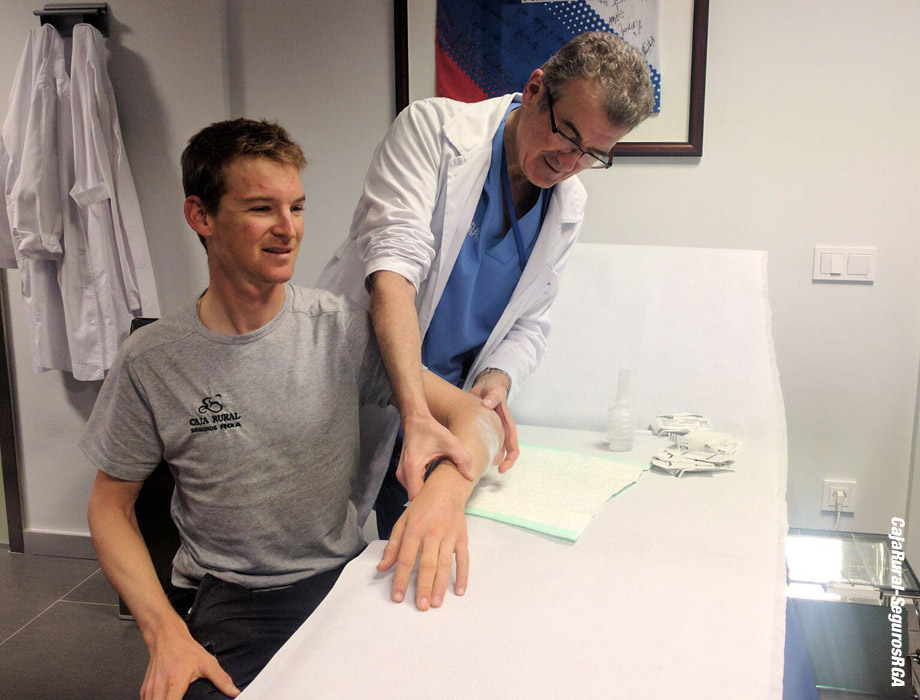 I really can’t say enough how excited I am to be one of Caja Rural’s first Anglos, and my effort to acclimate is appreciated on their end as well. All the race radio and meetings are in Spanish, so it’s quite important to know the language when your job and the team’s success depends on it. I’m pretty fluent in Spanish and one of my big goals this year is to become assimilated into Spain and perfect my language skills, which maybe would not flourish as much if I surrounded myself in an English-speaking community in Europe. And when you give some – you get some!

Caja Rural, like most banks has real estate holdings as investments and from foreclosure acquisitions. The team has hooked us up with a 5 bedroom, 3 story, fully furnished with all the amenities, amazing condo in one of the wealthiest parts of Pamplona. Me and my American brethren and teammate Justin Oien share this awesome setup, and the Caja Rural U23 team has a house next door. Justin is a diesel all rounder (all around awesome guy) from San Diego who is turning pro a year early from Axeon.

Justin is on the aero Fuji Transonic powering his way through the peloton and towing me around Pamplona. I actually started the year on the Transonic because some climbers prefer that bike because you can have the aero setup and still be at the weight limit. I got to try the true climbing Fuji SL and chose to switch to the SL. They will have to put a weight in the downtube to make it comply with the rules, but I was sold on the stiffness and responsiveness. 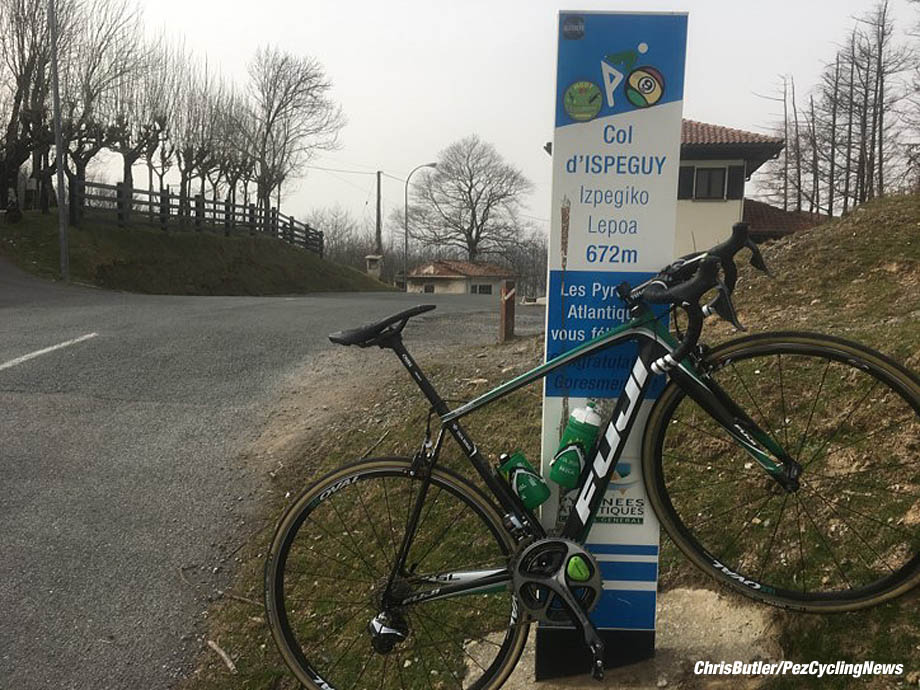 We are in the north of Spain, so there is no urban sprawl to fight on the bike, from kilometer zero we are pushing out on amazing rural roads heading into the Pyrenees and on towards the French border. There seems to be an infinite amount of 5k climbs around the house and it takes a mere hour to get to some 15k climbs. To be honest, December and January are a tad too cold, but now the temperature is fair and the riding is good. In the summer we can do 1 hour in the car and then ride some of the famous cols in France… but that’s a ways off. 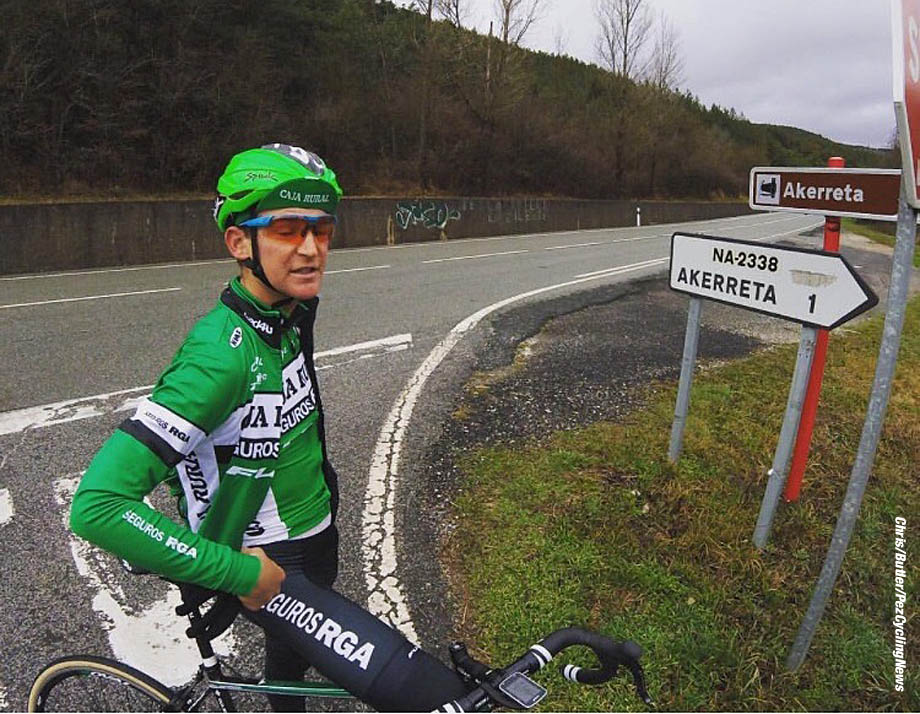 While the town’s football club (Osasuna) is notorious for being one of the worst in the first division, the entire town is super proud of the two big cycling teams based out of here – Movistar and Caja Rural. Whenever people discover you are on Caja Rural, smiles appear and they want to help you out. For example, Justin got his bike fee waived on the airplane once the associate saw the team sticker on his bike box. I was stopped at a Police checkpoint and the conversation quickly changed from searching about papers to asking about how many kilometers I rode and if I had my Fuji in the car so they could check it out. Also, the food is great here, typical Spanish cuisine with some Basque meats and cheeses thrown in, but pintxos (Basque tapas) are commonly sought after among the locals looking to take a drink and small bite at all their favorite places.

Anyways, I should be 100% training outside once this weather turns for the best. In the meantime, I am just working on my recovery and fitness in Pamplona. 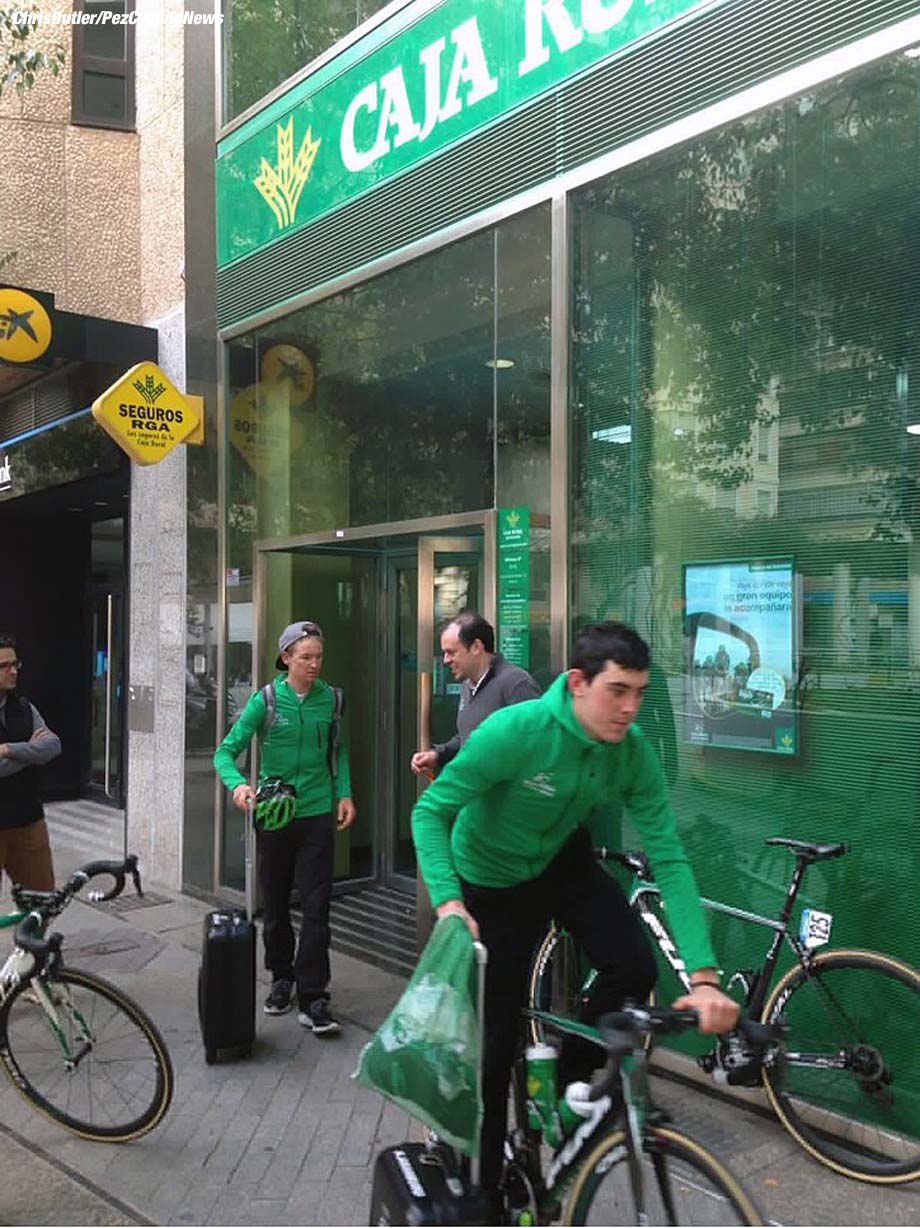 # We will be catching up with Chris throughout the season, race calendar allowing, to find out all about life on Spain’s second biggest professional team. #

Belgian season continues with a WT race for Gazprom – RusVelo