Rider Blog: Chris Butler has not had the best of luck since he joined the Spanish ProContinental Caja Rural-Seguros RGA team. But it’s looking like he has rounded the corner and things can only get better for our man in Pamplona and his elbow. Chris takes up the story in part 2 of his ‘Rider Diary’.

The guys at Pez asked me to touch on my injury situation in my last piece. But to tell the truth I was not ready for a detailed update because the whole broken “codo” (elbow) situation has been coming back over and over again like a twister in the rural mid-west. I am now timidly peeking out of the storm shelter hoping it has passed for good.

Back in February in the Vuelta Almeria, with 20k to go the peloton was slowly maneuvering through a roundabout. A rider came in over twice our speed on the inside and crashed full gas into a police marshal who was on a traffic island. I was towards the front in good position, as most of my teammates saw it happen, the guy’s bike flew two meters horizontally straight into my bike causing me to do Macho Man Randy Salvage Elbow Drop on the asphalt. 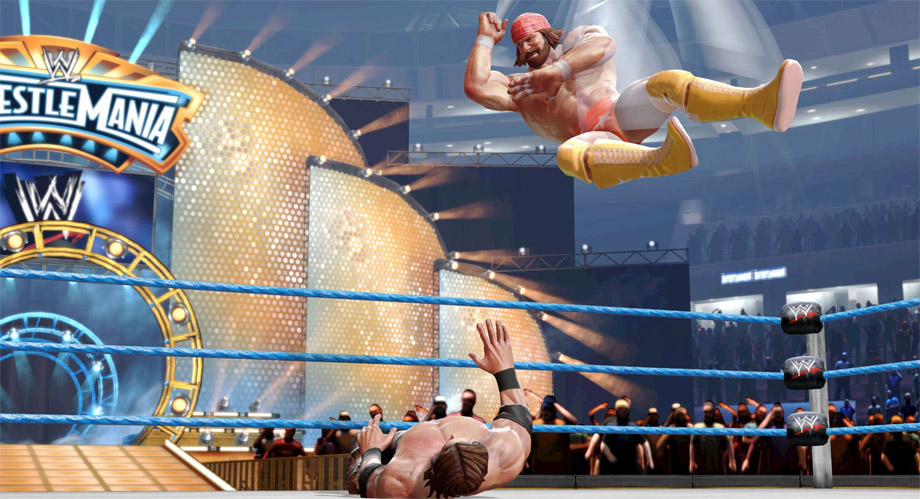 Somehow this was my first broken bone in my life. We elected to do the surgery at our team’s headquarters in Pamplona because it has the best hospitals in Spain and I would have the surgeon who works on most of Spain’s world class cyclists. We chose the rod and wire method of the elbow surgery, as this would minimize the metal in my arm and allow fewer repercussions down the road. Unfortunately, after three weeks the metal moved. So now its March 9 and we do the classical plate and screw surgery, we start the recovery process at day one again. With this surgery, the metal holds the elbow together contrary to the first in which the metal squeezed the bone together, which means 7 weeks no outside riding. 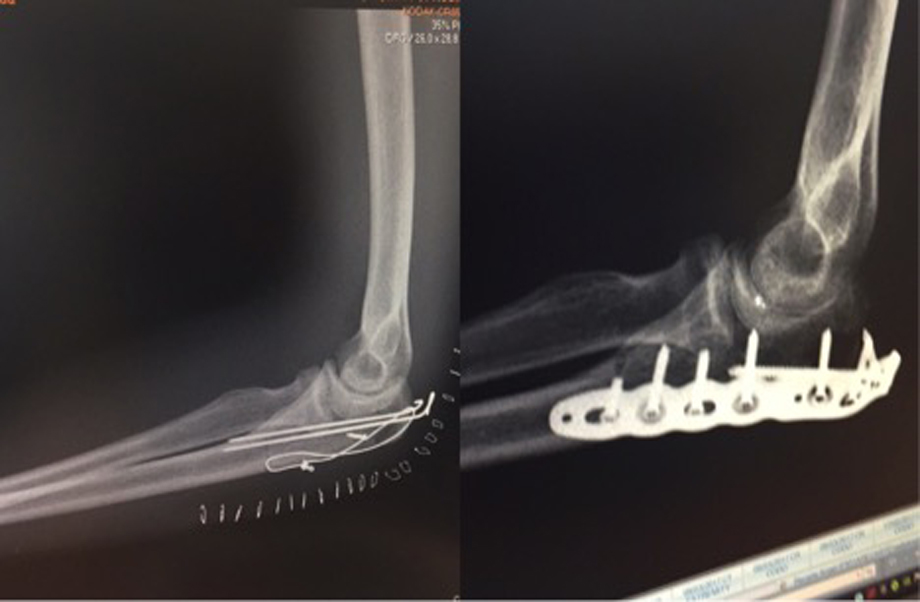 First rod and wire, second plate and screw, and then all out!

Good news is that I’ll be on the trainer, I don’t have to wash my Fuji SL or pump up the front tire for almost 2 months. I “Zwifted” I got through all 25 levels to beat my first video game. Now I have a better appreciation for gamers, it takes a lot of snacks within arm’s reach and minimal interruptions from Mom.

Mind you, I have never been to the hospital for stitches. Now it’s mid-April and we find out I have an infection. It’s possible that it could move into my bone via the metal screws, so we do a third surgery to take the metal out and do the last few weeks in a cast. I had some gnarly antibiotic resistant infection, so then I did 3 weeks in a hospital (not able to leave once) bed with some hardcore antibiotics. Obviously, no bike, no walking, nothing. After extensive MRI’s and other fancy medical scans, the doctor can finally say with conviction, that the infection is cleared from my blood and it is not in the bone or joint! I am thankful for the support of my team, family, friends and medical staff that were meticulous when it came to tests and precautions.

Fortunately, it was just my elbow, not my head or legs, and now I am riding outside finally, so life is good! My director is so stoked for me to get outside that he personally double layered sponges underneath my bar tape to dull out some of the road vibrations. In Spanish he says, “like Paris Roubaix”, though I doubt Caja Rural will ever be begging for that invite. 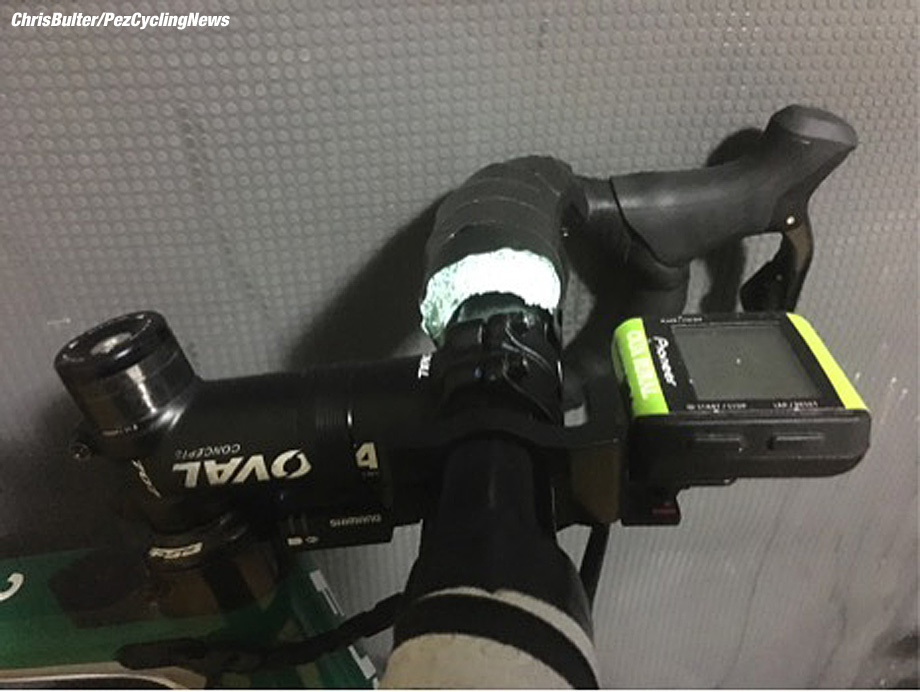 We celebrated me getting out of the hospital and Justin (my roommate) winning a race by road tripping to Tolosa on an adventure to eat the best steak in the world – a Spanish Chuleton de Buey (a big bone in rib eye steak from a special breed of cow, which is very old that gives a deep richness that many are pilgrimaging to try). Absolutely amazing, but I am not a food blogger, so here is a higher caliber review.

I will end on this Zen story that has stuck with me, because everyone kept saying I had bad luck, and I don’t see it that way:

There was an old man who had a beautiful horse. This horse was not only his family’s pride and joy, but it was also a means to an income for the family. One day, the horse ran away. Fellow villagers visited the old man to give their condolences for such a stroke of bad luck, as the loss of his horse represented a staggering financial blow that would be hard to recover from.

“Good luck, bad luck: Who can tell?” replied the old man. “It is as it is. My horse is gone.” Perplexed at the man’s nonchalance towards the apparent tragedy, the villagers went about their business. A few days later, the horse returned with a pack of 12 wild horses in tow. Again the villagers gathered, this time to offer their congratulations at such a stroke of good luck. Now he had 12 more horses with which to make 12 times the income! What a godsend, they said.

“Good luck, bad luck: Who can tell?” replied the old man again. “All I see is that 12 more horses have appeared.”

The next week, while breaking in one of the wild horses, the old man’s son fell and both his legs were broken. What bad luck! The villagers exclaimed. Your son has broken both of his legs. That’s terrible. How will you get your work done? You are too old to do it yourself.

“Good luck, bad luck: Who can tell?” was the answer of the old man. “My son has broken his legs. That is all I know.”

Shortly thereafter, the government forcibly removed all the able-bodied men from the village, as the country had gone to war. The old man’s son, however, was spared since his legs were broken. Good luck, bad luck: Who can tell? 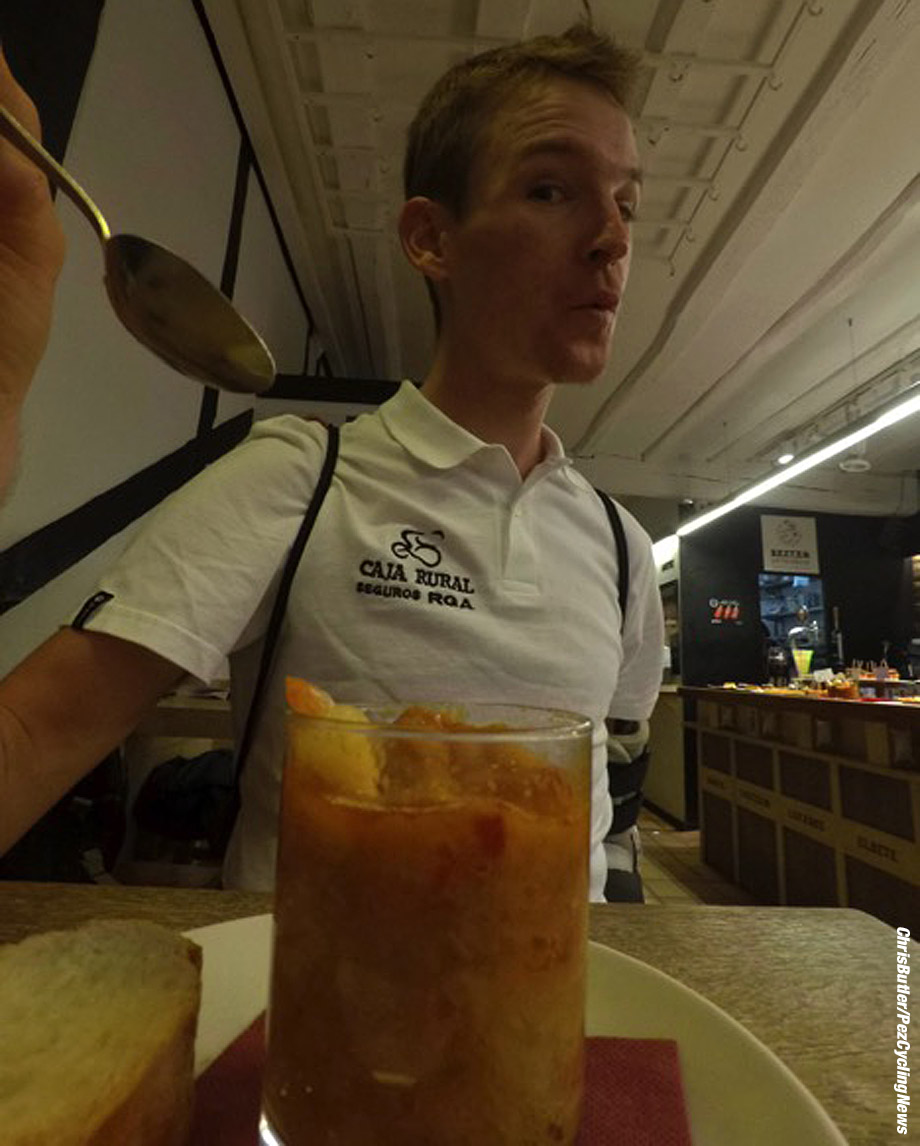 Basque food that you cannot recognize or pronounce… but tastes good 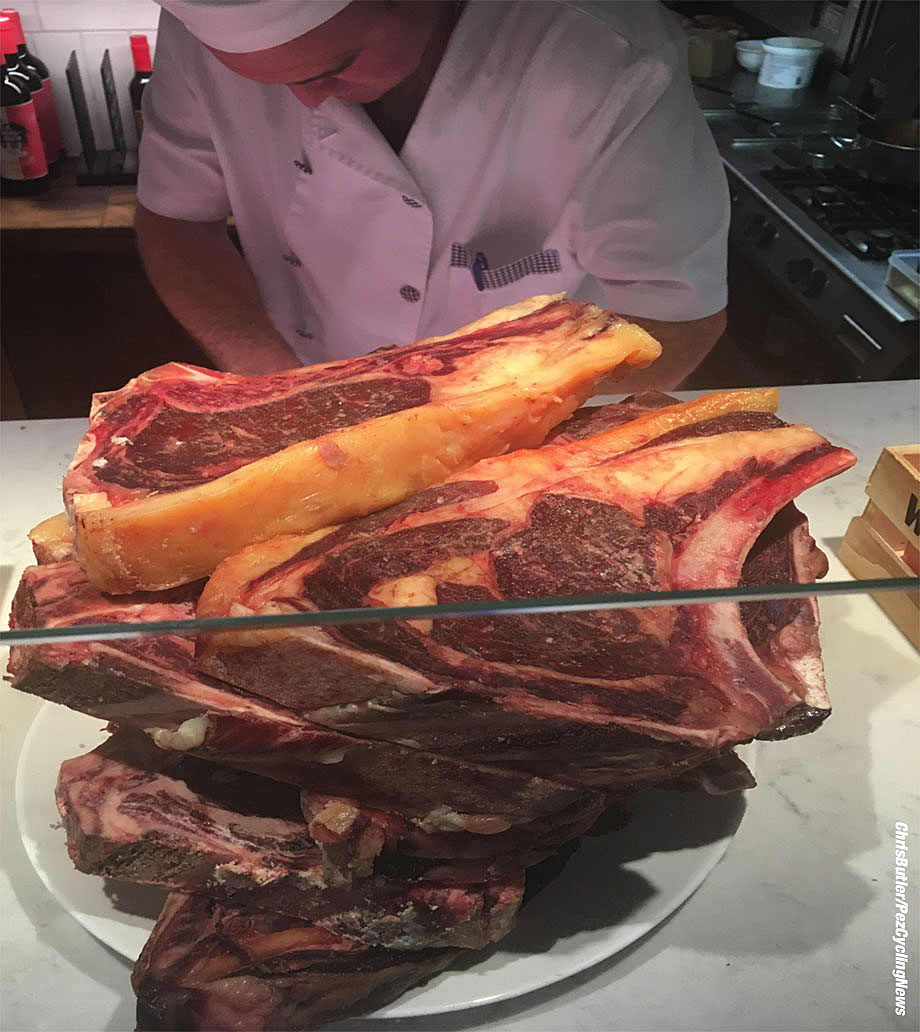 # We will be catching up with Chris throughout the season, race calendar and injury allowing, to find out all about life on Spain’s second biggest professional team. #