Looking back through the virtual library of 2014 adventures it’s hard to choose which ones to relive, but when it comes to the Giro we have to go for one from Alessandro. Our man in Italy know’s his country and where to find the best points of interest. Enjoy!

Giro Roadside St.7: The 2014 Giro d’Italia passes through countless towns from start to finish each year, most of them just a blur as we speed ahead of the race. But a few hours spent in one place can turn up people, lives, and memories that stick in our minds far longer than the few hours it takes to chase the stage. 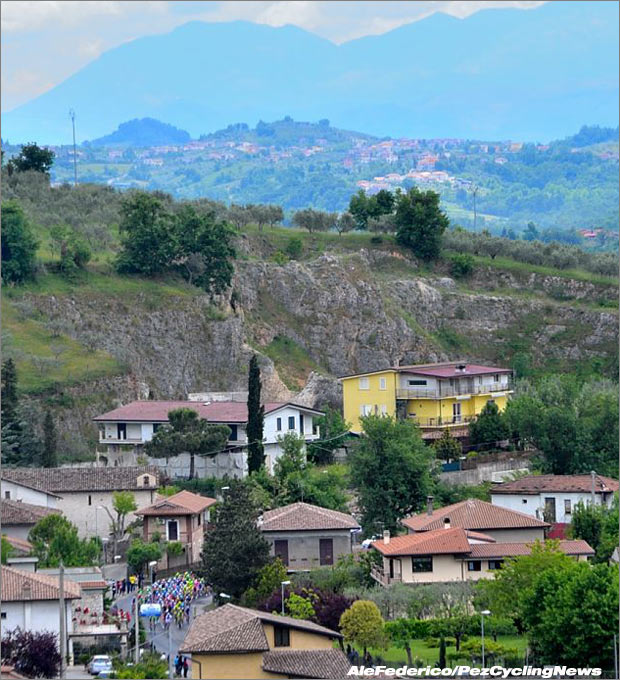 The life at Giro starts early and finishes very late: it was night when yesterday I finished my job and moved to my room and was earlier than 7am when I started to watch the “Garibaldi” (the official book of the race) and plan today. Giro d’Italia means great cycling action and top riders fighting for one of the most ambitious races, but it means also a very long trip with long waits in new places. Today was one of those – I love to take a long time for myself while waiting the action. 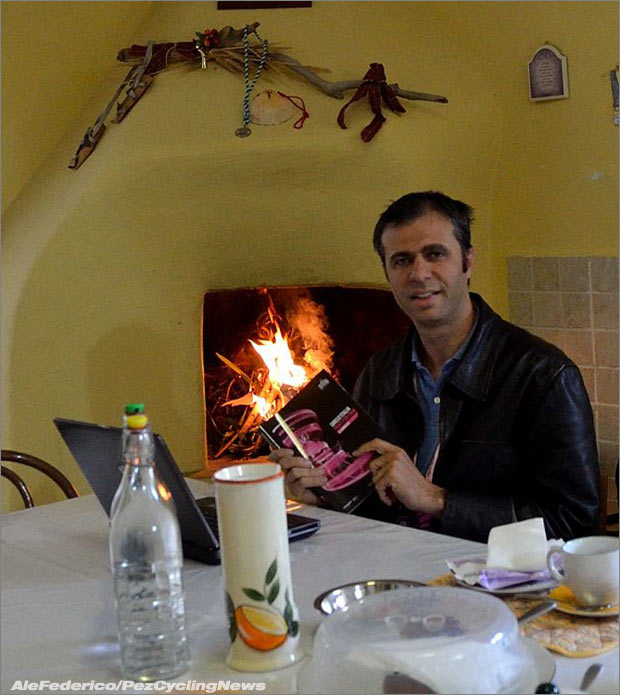 My breakfast near the fireplace studying the Garibaldi. 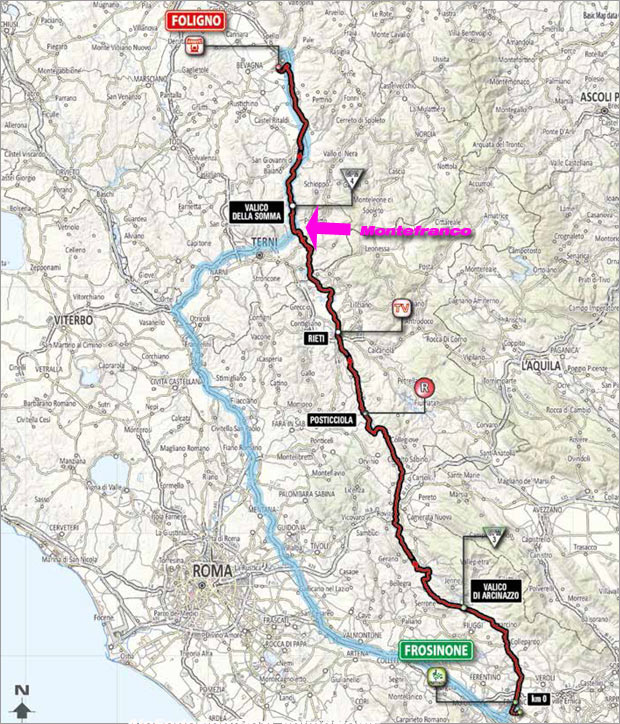 This morning when I woke up the weather did not promise anything good; all around the hills there were clouds and there was no hope of sun. Frosinone is a city not far from Cassino, we are in the Lazio region, but it would be more precise to write that we are in Ciociaria. This Ciociaria is an ancient region which is no longer recognized as administrative but still is alive in the hearts of locals; you can change maps but you can not change people. Who remembers the Sophia Loren movie “La Ciociara” which made her famous all over the world?

I’ve been to the departure village just for a look but I then moved fast for a passage after few kilometers from the start. I love to witness the early actions. In fact there were many move in front of the race. The weather was holding and this was the good news of the day. The rain was there, all the afternoon but had some mercy for this poor race. At least for today. 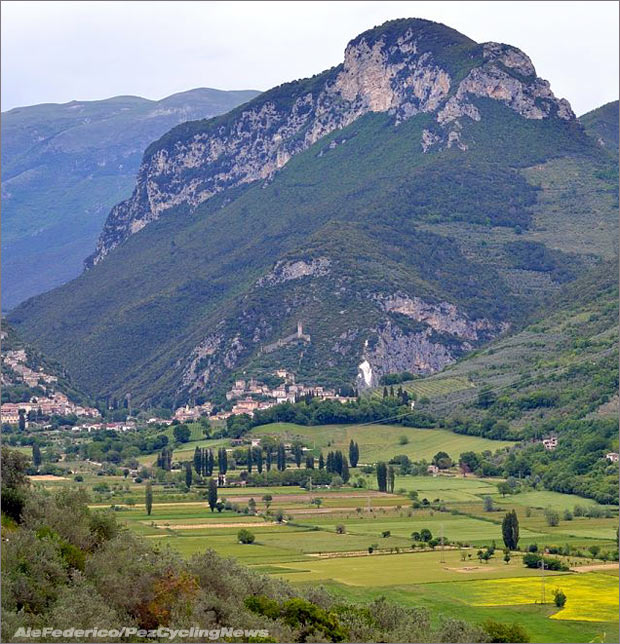 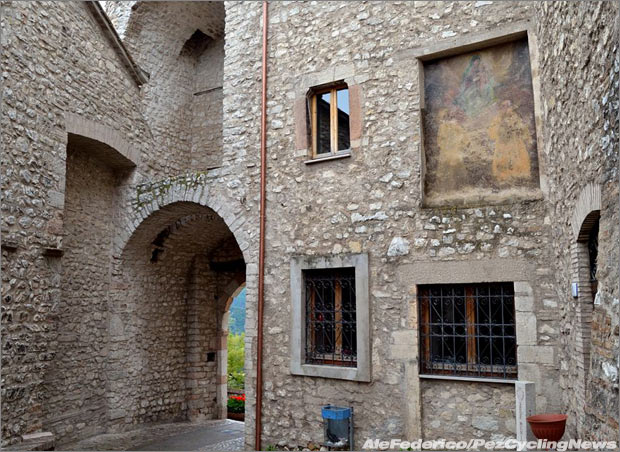 My plan was to spend my spare time in Montefranco, a small village in Umbria region. At 50km to go it’s not too early and not too late to write some good stuff about the day and avoid to finish my job at night time. The flat finish was also not inviting me to Foligno where I would have found too much traffic and trouble. 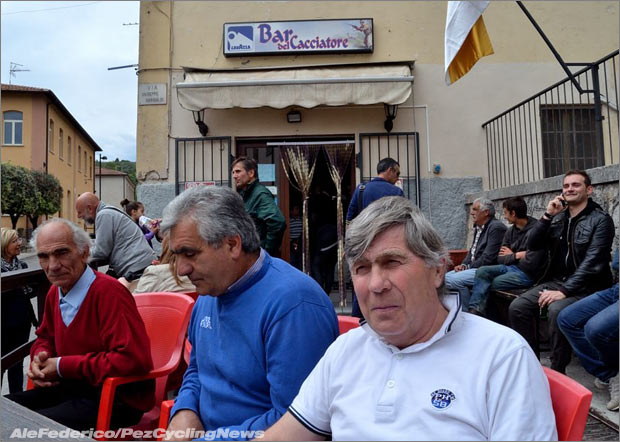 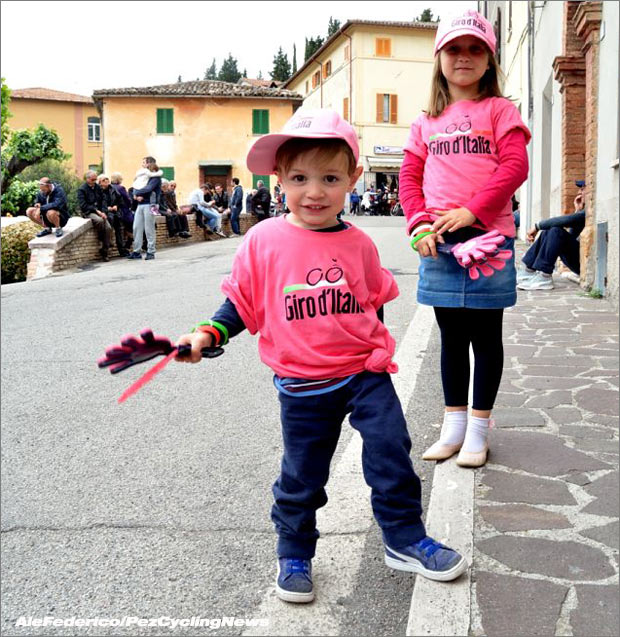 Once in Montefranco I immediately understood that I took a good decision. This village is fantastic: sits on the top of a hill on a side of the Nerina valley. Green beautiful Umbria! But the village itself is worth a visit: it is very well maintained and very clean. Many people were already on the road and I had the opportunity to meet Gino De Angelis, a pro rider of the 50’s – “but I was not a winner, I was working hard for the others” – Gino was so kind to offer me a good coffee at Bar dei Cacciatori (the Hunters’ bar). I immediately understand that was a very good place for a spot. 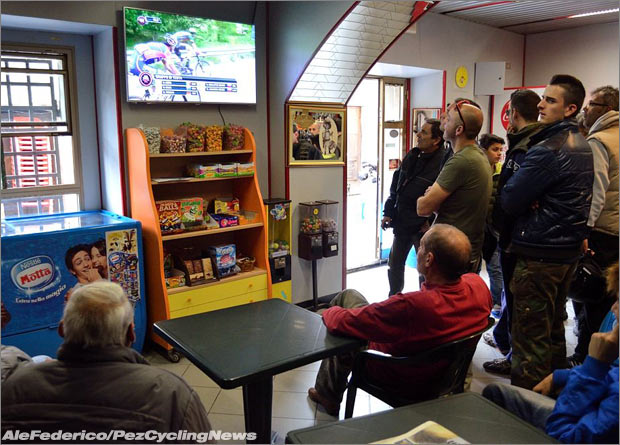 Then I moved to meet some other people; the race was still far away, I was roving around when I saw a very strange shop. No name on it, and inside a lot of old pictures and trophies on the walls. I asked an old lady what was about that place – “this was my husband’s shop, he was a driver and he loved old cars and motos”. The lady had some small tears. I didn’t ask but I understood her husband left here recently. So she started to talk about moments and lives there are simply not more, her son joined us and from their words came out a new hidden world, made of memories which are very well maintained on the walls of that little shop. Or museum, as I see it. 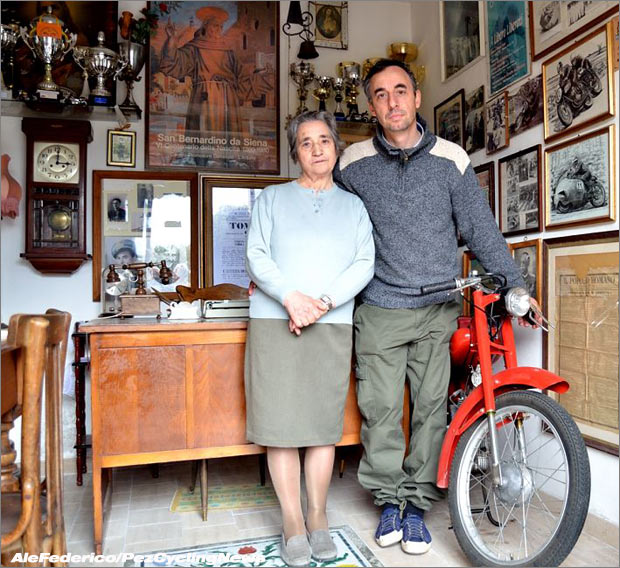 Mother and son at Museum of lost time.

Pictures of all kinds, about cars, moto races and pilots. People that probably have died or are too old to remember. That place gives a reason to those events, those experiences, just because anyone may now watch them and get something from them. I had a fast thought to all my pictures and other cycling memories stored inside PezCycling. We are building our Museum of the lost time, and I’m proud of it. 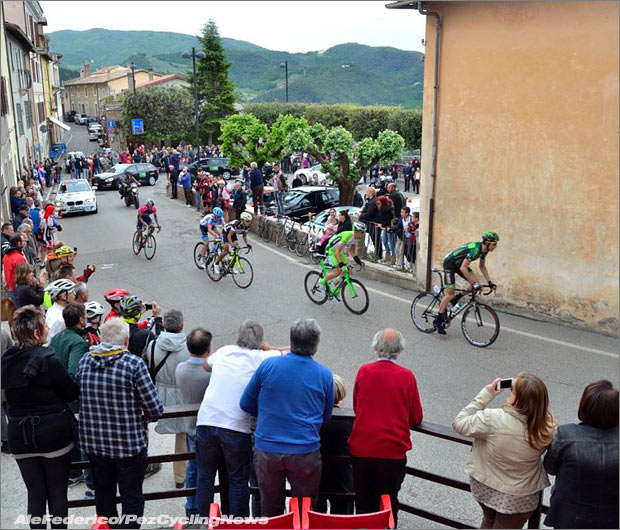 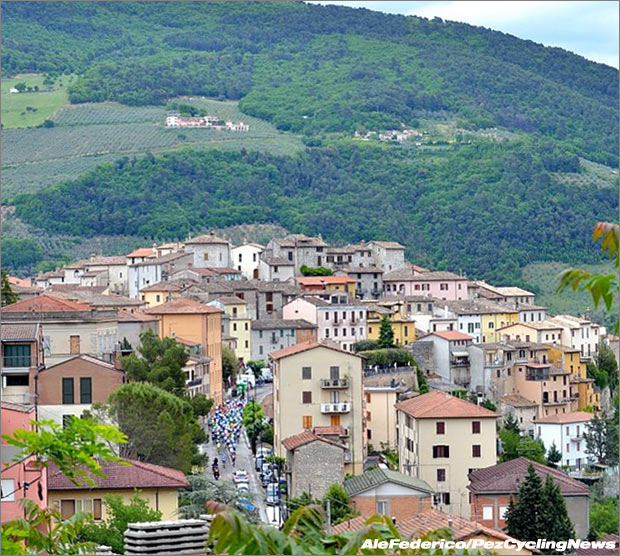 Finally the race came, and it was a nice passage. The five attackers had still some minutes on the bunch which was proceeding quite slowly. What about tomorrow? The Giro will cross my backyard and will come close where I live, in the Marche region. We will be still in central Italy but more north than today and we will be not far away from the Adriatic sea, which won’t be anyway touched by the race until the end of this edition. Montecopiolo is the real first finish climb of this Giro, anticipated by another difficult climb, the so called “Cippo”, where Marco Pantani used to prepare his training. “At each switchback you can hear his breath” – it’s what the locals say about that climb.

Best of PEZ Toolbox’14: The Power of a Bike Fit