According to the World Bank, the current life expectancy of someone born in the United Kingdom is 79.9 years. Most Britons therefore have a lot of time to consider the accomplishments of their lives but perhaps it comes as no surprise that Mark Cavendish, the fastest sprinter in the world of professional bike racing, feels the need to come out with an autobiography at the ripe old age of 25. And the result, “Boy Racer: My Journey to Tour de France Record-Breaker,” is as interesting and as maddening as the subject himself.

The book is made up of three stories, the first two being an intertwined telling of his growing up (if we can use the expression for Mr. Cavendish!) to become a pro cyclist with a blow-by-blow account of the 2008 Tour de France, in which he won a remarkable four stages. The last section is an epilogue, which covers his amazing 2009 season and adds a few surprises to the tale.

From the sound of things, young Mark had a happy enough childhood on the Isle of Man, although his parents’ divorce was clearly unexpected. Nonetheless, from a very tender age he was showing the characteristic single-mindedness that he would carry into adulthood. Unlike other famous riders-to-be, his first race, on a BMX bike, ended with him in dead last position and it seems as if this kind of setback was exactly the kind of stimulus he needed to really encourage him. Many top athletes seem to need this “I’m the underdog” feeling to excel and as fuel to batter their opponents. Soon Mark Cavendish, who also needs to point out several times how little his mother thought of his racing prowess, finds himself on the radar of the British Cycling Federation as he begins to win races regularly. 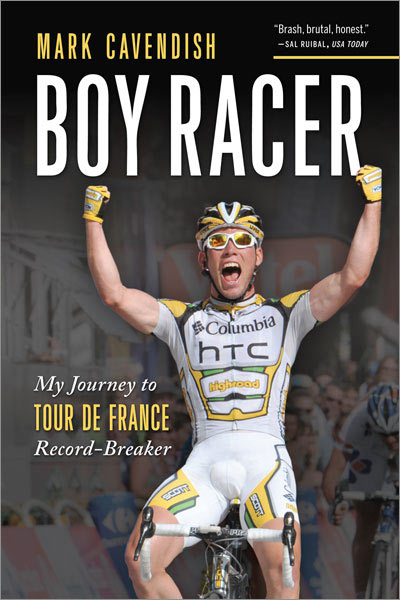 By 2005 he had become one on the world’s best track racers, taking a gold medal in the Madison with Rob Hayles at the Los Angeles World Championships, a feat he was to repeat in 2008 with Bradley Wiggins in Manchester. But he was set for greater things on the road and after riding with Sparkasse, the T-Mobile development team, he moved to T-Mobile on a full contract by 2007. He had a grim start to the season that saw him drop out of the Tour de France but then go on to clock eleven victories for the year. 2008 saw more victories, including stage wins at the Giro d’Italia and those four wins at the Tour (the most by any British rider) but these successes were overshadowed by his failure to win a medal at the Beijing Olympics, the only British track rider to do so. He does not hold back about this in the book and one can feel his anger and disappointment as he criticizes the British cycling establishment. By November he stated he had no further plans to race on the track, although he actually did so at the 2009 Worlds in Poland, albeit winning nothing in an event that was disappointing overall to British hopes. He is conflicted about British Cycling and what seems to him a natural career progression is in fact exceptional as most countries do not enjoy this kind of organization from the grass-roots on up to Olympic competition. 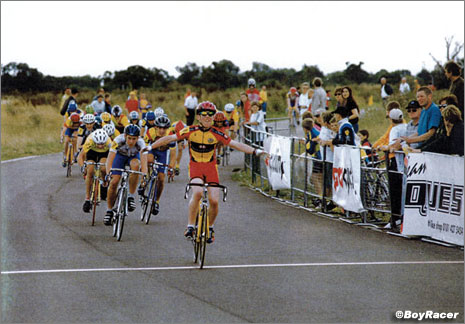 He writes with feeling about his relationship with his fiancйe and is happy to trash some of his competitors, particularly Filippo Pozzato, as well as needling the other super-sprinter on his HTC-Columbia team, Andre Greipel. Considering that most sprinters have impressive egos, Herr Greipel must have been less than thrilled to read that even when Cavendish is riding badly, he is supposedly still better than Greipel in good form. Fighting words, maybe, but to his credit the Manx Missile also gives unstinting praise to the work carried out on his behalf by his teammates, recognizing that without them he would never be positioned for his rocket launch in the final few hundred meters. He is also not afraid to laugh at himself, describing bad intervals where he comforted himself by stuffing his face with junk food, and just how bad he was on hills. In fact, at one point his team managers were trying to figure out which races he might even be able to finish…but that was then.

Fat little Mark Cavendish, as he once was, set the cycling world on fire in 2009. In what must have called for near-superhuman effort, he edged out Heinrich Haussler for a fantastic Milan-San Remo win. There were stages of the Giro and the wearing of the maglia rosa. Then came the truly amazing string of wins at the Tour de France, where he took six stages, including the final one on the Champs-Elysees, where a brilliant leadout by Mark Renshaw drove home the superiority of HTC-Columbia’s teamwork. Of course, this is balanced by Cavendish’s occasional boorish behaviour and his tendency to show off. Has anyone ever come up with as many peculiar victory salutes? 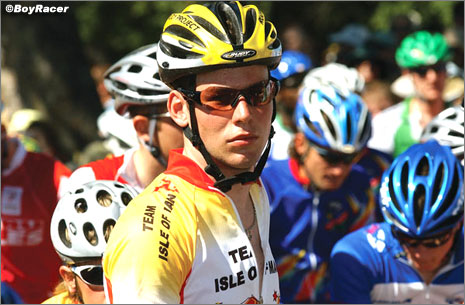 There are times in the book when Mr. Cavendish is a bit too ingenuous. He points out that he does not believe in a scientific approach to his racing and how, when tested, his numbers are nothing special. In fact, team managers are on record as saying that his preparation for a sprint stage are meticulous, and that his memory for details of those last few hundred meters and willingness to bury himself to cross the line first, are indicative of his professionalism. Sprinting success is not necessarily from numbers but from a strong situational awareness. Cavendish, who admits to having few intervals of self-doubt, as long as he is fussed over (both positively and negatively!) has also shown a seriousness of purpose in working with a mentor, Erik Zabel, who was probably invaluable in the Milan San-Remo win.

Mark Cavendish uses bad words a lot, and he probably shouts them. He actually reads fan internet forums about himself, as if he needs yet another way to get wound up. He disapproves of the rich-and-famous lifestyles of other pro cyclists. Just wants a quiet time at home on the Isle of Man with his fiancйe, and, yes, the Lexus 4X4 is all they want, no Ferrari, thank you. Of course, when the epilogue is written, he and the fiancйe are no longer an item and he simply has to refer to his Audi R8 in passing. Since then he has probably become the only cyclist to be pulled out of a race by his own team for a victory “salute” after winning a stage. 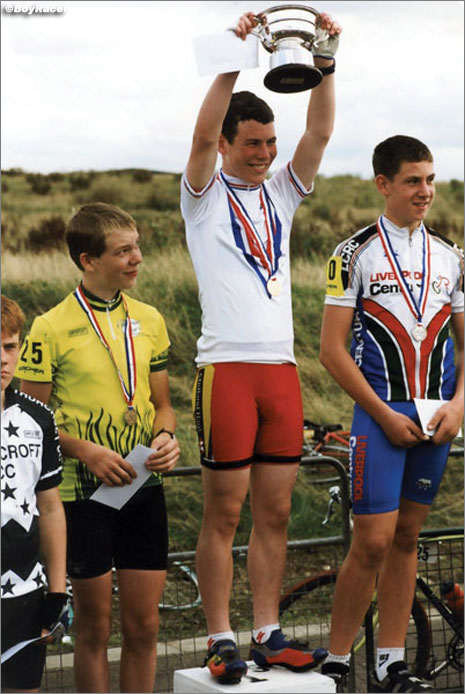 Mark Cavendish is definitely an excitable type, someone who does nothing by halves. In spite of the slow start to his 2010 season, it is doubtful if anyone would be surprised to see him in a green jersey on the Champs- Elysees in July, and this highly entertaining memoir is a good insight into one jumpy sprinter’s brain. But, as they say in Texas, “It ain’t braggin’ if you can do it.” The Boy Racer may be childish as often as he is boyish but six stage wins in one Tour is the mark of a very special rider.

• Get your copy now at VELOPRESS.com

***
When not seeking consolation in the thought that as a sprinter he is much taller than Mark Cavendish, Leslie Reissner may be found being boyish at www.tindonkey.com.