This past weekend in Toronto, Ontario, Canada’s first ever professional cycling team to achieve UCI Professional Continental status held their team launch. Media gathered at the Hockey Hall of Fame amidst nineteen very fit athletes and some shiny Argon 18 equipment to listen as Canada’s most prolific cyclist, Steve Bauer, outlined his agenda.

“We are here at the Hockey Hall of Fame because we have a country full of hockey players, many of whom might have the muscle power, aerobic engine and genetic pre-disposition to ride a bike competitively. Our goal is to find the next Steve Bauer, Kevin Lacombe, and Guillaume Boivin, as they are proof that hockey players can develop into great cyclists.” 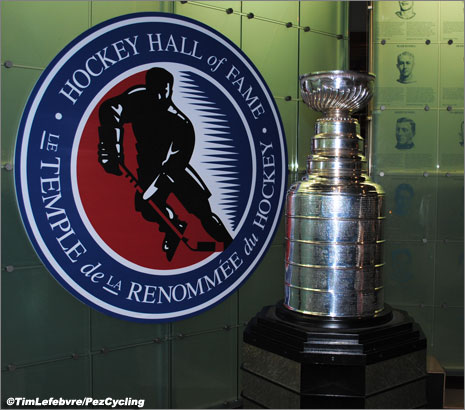 Bauer called it the “Bauer Power Line”, a new initiative to scout hockey players from Canadian junior, midget, and bantam levels A thru AAA. “Canada is hockey and hockey players make great cyclists, so it just makes sense to start scouting our arenas for five hockey players, our first power line to join our cycling development squad. 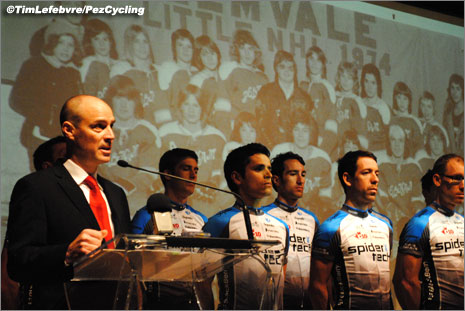 Bauer and Team SpiderTech have created a unique Made in Canada approach to get corporate Canada involved in the team’s pursuit. C10 is an alliance of 10 potential corporate partners who would work together to provide the funding and support required to field a competitive team on the world’s stage. Currently six companies SpiderTech, RIM, NRS Brakes, Planet Energy, Saputo and Pinetree Capital are part of the alliance and the team is actively recruiting for four more to join “By 2013 we hope to reach World Tour status and be invited to race at the Tour de France”. 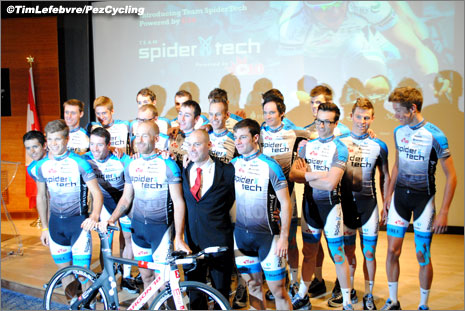 Three of the biggest Canadian signings for 2011 are Zach Bell, the current World Cup Track Leader, as well as Svein Tuft, the silver medalist in the ITT at the World Cycling Championships, and Canadian Road Champion Will Routley. There is now a total of sixteen Canadians, two Americans and one rider from Mexico on this year’s squad. 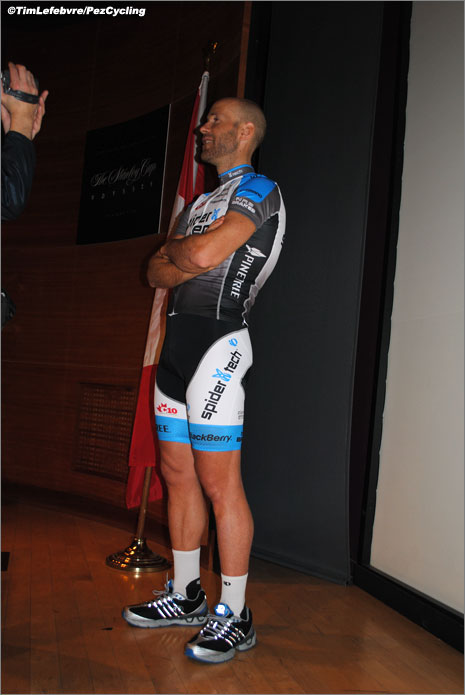 Once again Gervais Rioux and Argon 18 will be supplying bicycles for the team. 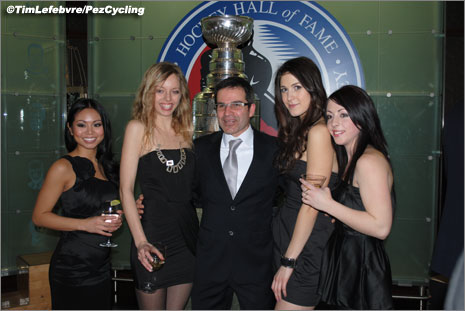 In the road races the team will ride the Gallium Pro. 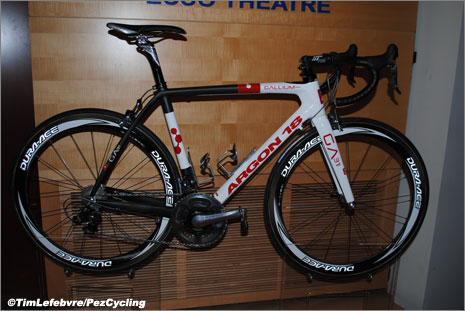 In the time trials the team will rely on the E-114. 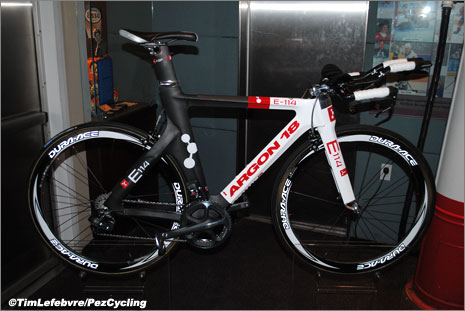 The team departs for Europe to start this year’s racing season on February 5th, and they will head to Italy for the first two races, the Tropheo Laigueglia Feb 19th, followed by the Giro di Sardegna, Feb 22nd to 27th.

Many of the riders arrived with tans as a Tucson Arizona training camp had just wrapped up before the Toronto launch.

Canadian National Road Champ Will Routley had just returned from Carcassonne, France where he has rented a small place only 40 kilometers from the team base. “I’ve been over there since the new year with my significant other and it is an absolute brilliant place to ride your bike”. 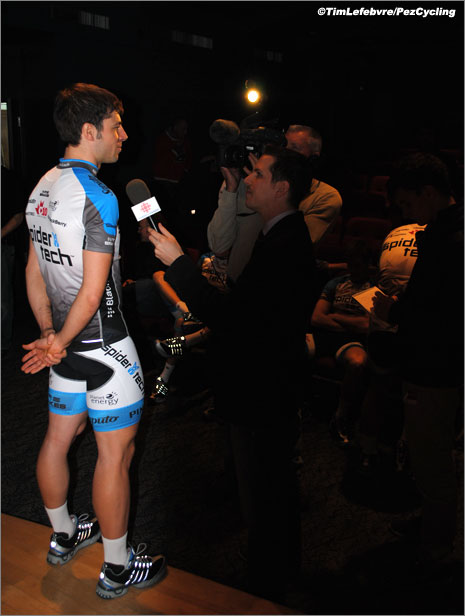 Zach Bell, the curent World Cup leader on the track, will be missing the next round in Manchester to concentrate on the upcoming Worlds, “I feel great, and hopefully I can cap this campaign with a World title.”

One half of the riders leave for the south of France on Feb 5th, with the remaining members joining forces one week later. Many of the riders are apprehensive about the nearly three month “tour of duty” ahead, realizing that cobbles in Belgium in February probably isn’t the most romantic aspect of cycling. That said, as a group, the optimism is palpable and the belief in each other evident. Under 23 Bronze medallist Guillaime Boivin summed it up “we might not stack up rider to rider, but when this group sacrifices for each other (and we do), I believe we can compete with anyone.” 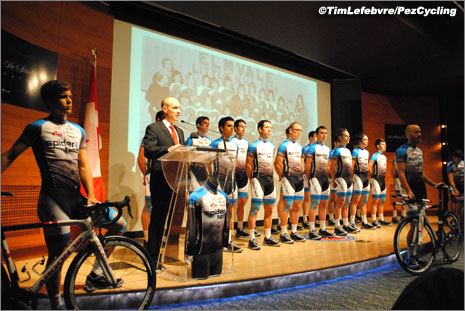 The opening address from Steve Bauer was of a serious tone. He emphatically insisted that this team was ready for the upcoming challenges and that his vision for a 2013 Tour start was within reach. “A Canadian team with Canadain riders, backed by Canadain corporations, ready to challenge the world’s best”

Spider Tech powered by C10 can be followed at CyclesportManagement.com

The Man Behind SpiderTech: Steve Bauer