So Lance has given in to the “unconstitutional witchhunt” of the USADA, and chosen no arbitration on their charges against him. While much of the mainstream media struggles to make sense of the facts and and the fallout of the ruling, Ed Hood weighs in with some clearer perspective.

King Pyrrhus of Epirus gained a victory over the Romans in 279 BC at the battle of Asculum in Apulia. The Epiriotic forces, although they won the battle, suffered severe losses to the elite of their army. A Pyrrhic victory has come to be known as one which comes with a devastating cost.

Whether you love Lance Armstrong or hate him, have no doubt that if he is ultimately snared, brought down and skinned with his hide left out in the sun to cure then it will not be a triumph, it will be a disaster. 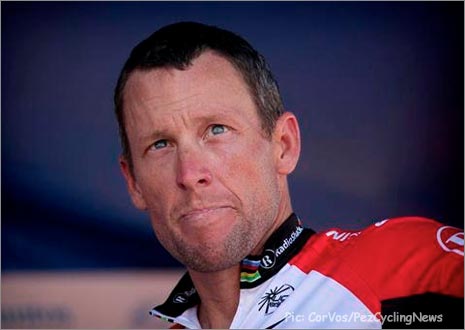 During the recent Olympic Games I chuckled to myself as tradesmen friends gave me in depth analysis of the GB team’s tactical failings in the road race. It was great to have our sport treated seriously and given the scrutiny usually reserved in Scotland for soccer and rugby.

That joy within me has turned to dread; ‘I see they’re all still at it,’ and, ‘why do you get so excited about cycling, they all take drugs.’

If your argument is that ‘the guilty must be punished’ it would surely make sense to first conduct a cost-benefit analysis, in business speak; ‘a method of comparing the cost of a program with its expected benefits in dollars.’

But let’s substitute the image and wellbeing of our sport for dollars. 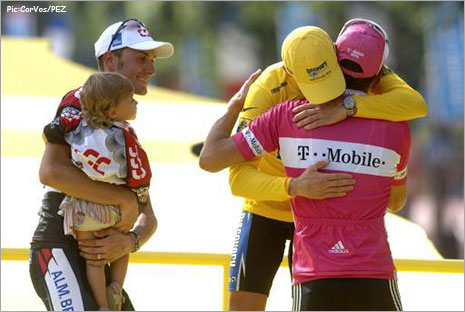 There are two benefits if Lance ‘goes down’ – the guilty have indeed been punished. And there is proof positive that no one can expect to get away with drugs cheating on a grand scale – not even Lance.

But what of the cost?

The cult of ‘Lance Believers’ is much diminished; only the real fanatics continue to believe that he’s pure. Most people of my acquaintance within the sport accept that the smoke clouds are too thick for there not to have been a big blaze somewhere back up in the woods. But the fire of organised, systematic drugs cheating within cycling teams has been extinguished.

That’s not to say that individuals will not cheat – they’ve been doing that since Biblical times and will continue to do so. But the Festina, Telekom and yes, US Postal horrors are behind us. Everyone knows what went on in the 20 years from 1990 onwards; leave it under a rock, where it belongs.

There’s hardly a big name from that era who, given the scrutiny which Lance has been subjected too, wouldn’t be in the same mess. To expose it to the sunlight benefits no one except the tabloid editors.

Leave the Believers with their dreams – and it must be remembered that we’re not just talking about those who’ll have to take their Lance posters down off the garage wall. When my oldest friend was diagnosed with lung cancer – sadly, ultimately fatal – the first thing I said to him was; ‘look at Lance, he beat it.’ The man is a symbol of hope for cancer sufferers; to destroy that serves no purpose that I can see.

And please remember that I’ve lived through ‘the cortisone came from saddle sore cream,’ L’Equipe joining up the dots on the early EPO ‘blind’ tests, the Frankie/JV messenger conversation and all the rest – I’m not a Believer.

But perhaps since this is a cost-benefit analysis, let’s think about dollars just for a moment. Usada, to my understanding, now has to present their evidence to the world to back up their actions against Lance. Presumably this will involve their witnesses – who ‘cut deals’ with the authorities to avoid personal sanction – ‘spilling the beans.’

We don’t have positive ID’s on the witnesses, but perusal of the list of athletes who withdrew themselves from possible selection for a recent major event gives us some clues.

These will not be the testimonies of men like Tyler Hamilton and Floyd Landis who lied for years about their own cheating and who’s testimony against Lance – however compelling – has to be ignored, but household names, squeaky clean ‘heroes.’ Not only will these testimonies shatter even more dreams, they’ll send a cold shiver up the back of marketing men trying to coax new sponsors into the sport; ‘Jeez! I didn’t realise it was that bad!’ 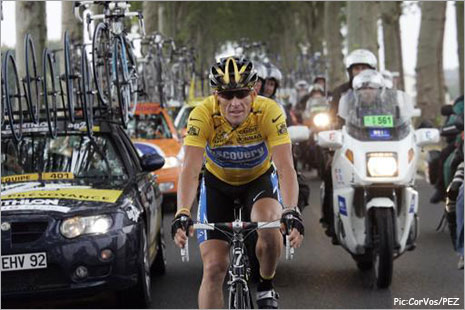 But as the books on positive mental attitude would say; ‘it it is what it is’ and by failing to defend his position, Lance’s team now has no right to question witnesses or evidence in court. But it also gives him sort of way out; ‘I wasn’t part of their circus,’ etc. etc.

The Texan’s position is that only the UCI have jurisdiction in the case; to which Usada respond that the sport’s governing body was involved in covering up a failed test result from him, conducted during the Tour of Switzerland.

And there’s also the matter of controversial payments made by Lance to the UCI to consider – as Usada say of letting the UCI run the investigation; ‘the fox guarding the henhouse.’

Lance hasn’t made too many mistakes during his career but the roots of his current woes can be traced back to two errors of judgment.

He shouldn’t have come back; seven Tours is enough for any one man.

And he should have thrown a floundering Floyd Landis a lifeline with a ride in his team, had Lance said to the world; ‘Floyd messed up, we’re giving him a second chance,’ no one would have batted an eyelid. Instead, he told Landis to, ‘do his worst’ – he’s certainly obliged.

But a question which no one seems to have answered is; ‘why are Usada so determined to take him down?’

There’s little doubt that they must have considered the arguments I’ve made above for ‘laissez faire’ but have still gone ahead. 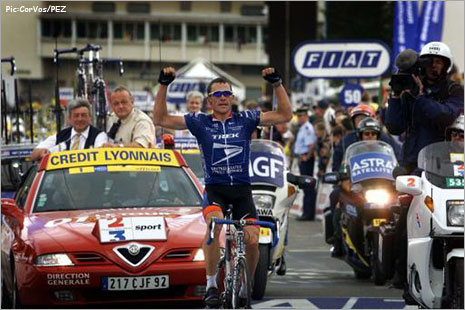 There are three possible reasons:
1. Someone at the head of Usada ‘has it in for’ Lance and there is a ‘witch hunt.’

2. There’s a political motivation. The wisdom at the time concerning Lance’s come back to the Tour was that it was a platform to get his name back into the public consciousness in anticipation of a move into politics. Lance and George Bush are ‘good old boys’ from Texas and there’s nothing voters in the US like more than a ‘can do’ attitude. If there was a political motive – then his detractors have done a damn good job.

3. There are men of principle within Usada for whom the ‘truth must out.’

I just hope it’s the last of those three options.