Behind The Iron Curtain: Dedication, Determination And Desperation!

Suspicions and rumors have followed the sportsmen from the other side of the ‘Iron Curtain’ but there are two sides to every story. Has anyone asked a Russian rider from that time? Ed Hood got the word from the horses mouth, Russian ex-World champion Nikolai Razouvaev has a story to tell from the ’70s that has resonance to today.

Russian now living in Australia, Nikolai Razouvaev – who we spoke to back in 2013, was a member of the winning Soviet squad in the 1984 World Junior TTT Championship recently emailed me about the commonly held Western belief that the East European dominance of amateur racing in the 1970s and 1980s was solely down to doping. 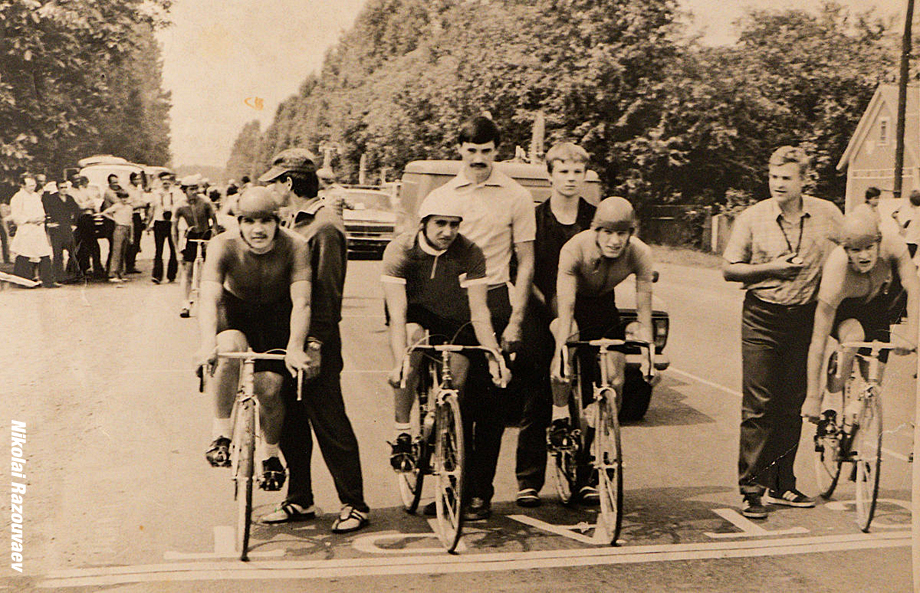 That’s not what Rob meant, that’s how I interpreted the question. That’s how bizarre this world is. In cycling and everything else: No dirt = No story.

I never doped. That’s what I told Rob. Not that I know of anyway, I added. Boring. As we say in Russia; ‘no strawberry in the story’.

Rob didn’t care. No doping, fine. “How do you explain then“, he said, “the Soviet domination of amateur cycling? Everyone and their dog believe you guys doped.” How do you explain the Soviet machine? This is what we set out to do — to dispel the myth of doping in Soviet Union. I know how this sounds. Yeah, yeah, yeah. Racing on bread and water with your mouth shut. We all know what you were on. The East Germans told us. Do you?

This is how people make up their minds. This is the argument: we all know the East Germans doped, therefore everyone else in the Eastern Bloc doped because they’re all the same. ‘Groupthink’. 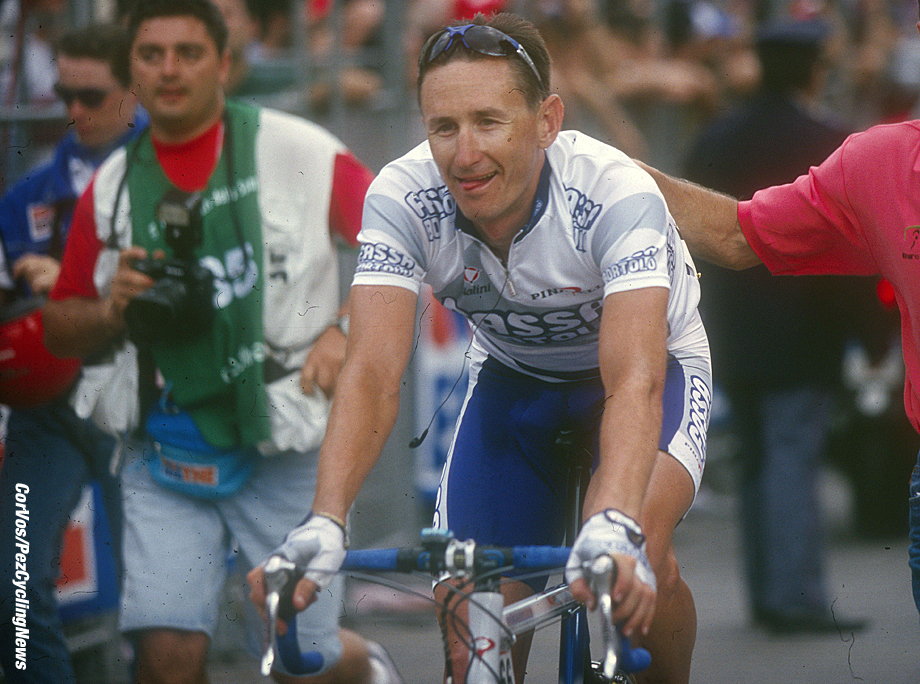 I set boundaries in the series I write. I can only write about what I know, what I saw with my eyes. I can’t write about how Soukhoruchenkov won two Peace Races and the Olympic road race — I wasn’t there. But I was there with Abdoujaparov, Konyshev, Tchmil, Ugrumov and many others. I trained, ate at the same table, and raced.

You learn a lot about people you train and race with. You know what’s going on in your own team and the peloton. You know what everyone is on just like everyone knew what Lance Armstrong was on from day one. Everyone who could put two and two together that is, as Jan Ullrich said. 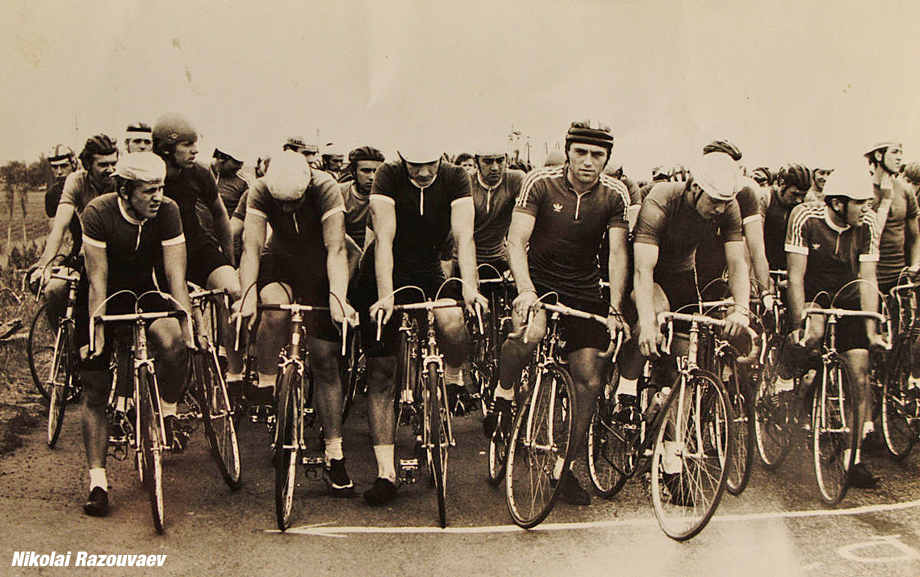 My explanation for why the Soviets were so good on the road and track wasn’t new but it’s the only one I knew. The amateur cycling was rigged in favor of Eastern Bloc. We were not amateurs. We were professionals racing against Western amateurs. This is what I wrote and this is how I hoped the doping question could have been solved. 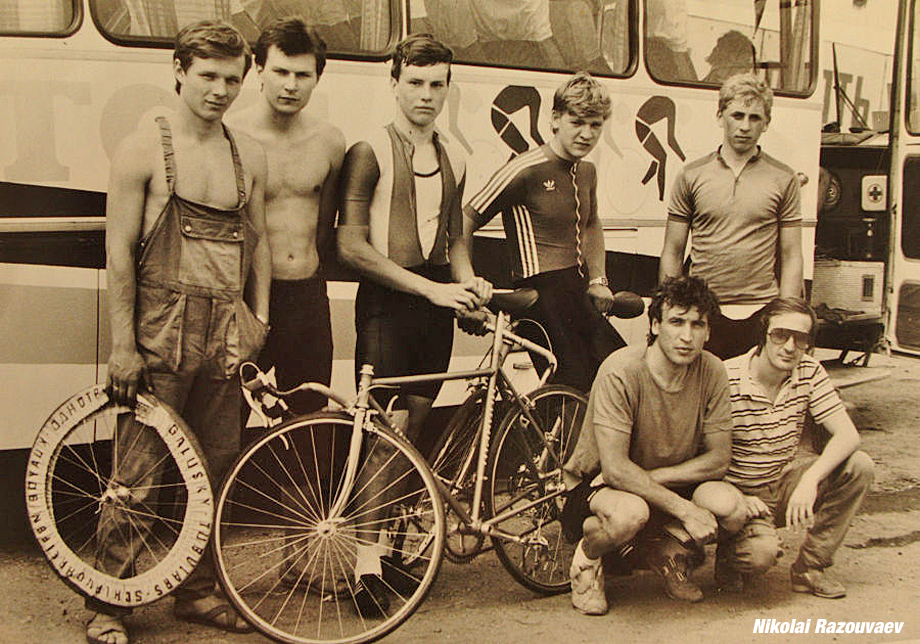 Look at the list of road world champions. How many Soviets do you see? I can tell you without searching the Internet. Two road world champions. Andrei Vedernikov in 1981 and Viktor Rjaksinski, from Titan, in 1991… That’s it. You can add Viktor Kapitonov’s and Sergei Soukhoruchenkov’s gold Olympic medals in 1960 and 1980 and that’s all you have for dominance.

How many Italian world champions are there? Belgian, French, East German, and on and on. Yes, we didn’t race internationally until 1952, but out of 30 something world championships and nine Olympics we won four gold medals. What dominance?

We did well at the Peace Race with some streaks of multiple wins but so did the East Germans and Poles. Soviet Union was a major player, but there was no dominance. If we were so good, what happened to our dominance when the flood gates were opened and a bunch of Soviet riders went West? 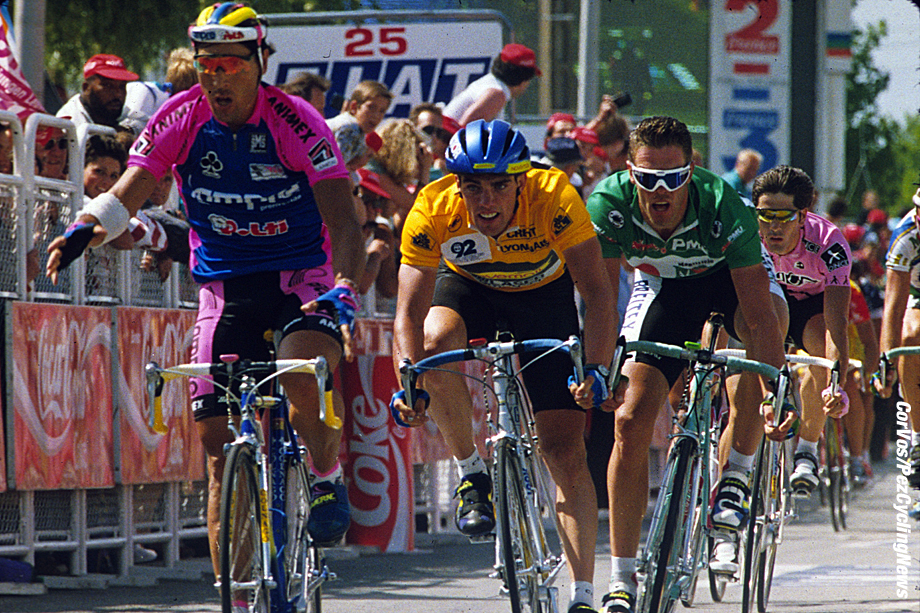 The best Soviet riders. Some did well: Konyshev, Abdujaparov, then Tchmil won three Monuments. But there was no dominance. No super-humans. Two legs, a heart, and a pair of lungs like everyone had. Nothing special. Different, yes. Tough as nails, yes. Still human. That myth I mentioned above Rob and I set out to dispel about doping in Soviet cycling, I know the answer now. I didn’t know the answer two years ago but I do now.

I never doped because I couldn’t get my hands on doping anywhere in Soviet Union. Not only that, I didn’t even know what to look for. Doping had never been a moral issue. Not for me, and I would imagine, nor for anyone else. I used to always have something special for races. A pair of gloves I would only use to race, or a jersey, socks, bibs, whatever. It changed from time to time. Or a racing chain and six-speed freewheel. Something. I’d put my special gloves on in the car and a lock in my mind would click: you’re on. Doping would fit right in; I have no doubt about it, just another kind of gloves. That’s how it is. Nothing to confess. 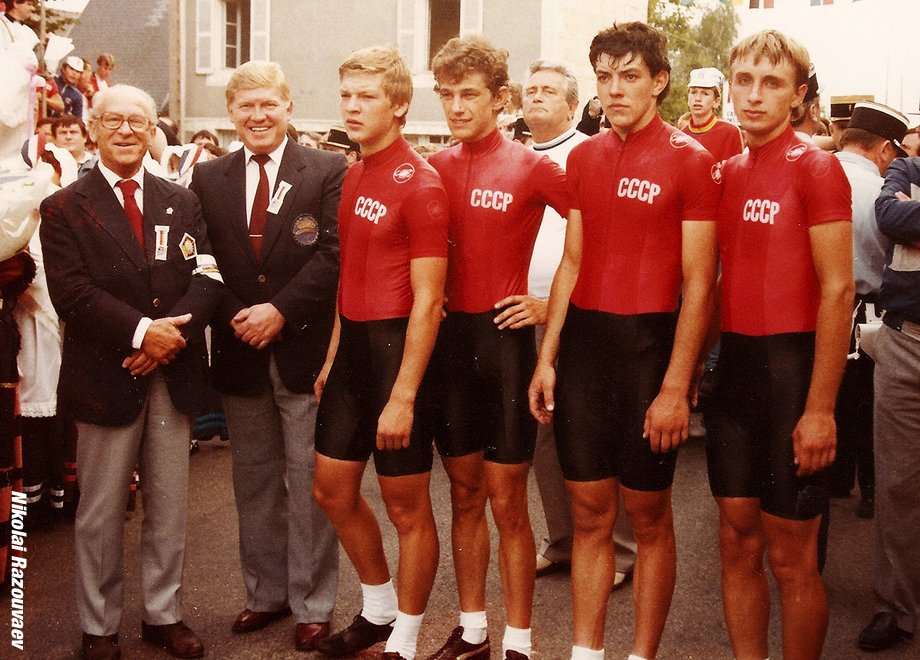 The man is saying that if he could have kitted up, he would have, very honest – but didn’t get the chance; and to be on that Soviet junior TTT squad remember he was doing three training sessions every day. But Ivan, our man of the East and long term Peace Race expert doesn’t actually agree with what Nikolai says re. Soviet Bloc domination, first, let’s take a look at the stats Ivan has prepared:

Ivan explains: “Nikolai says the Soviets didn’t dominate world amateur racing, but they, along with the East German, Czech, and Poles clearly did from the above stats. I think he wants to say that they, the USSR, did not dope and is therefore forced to say they did not dominate, I say they did dominate and did not dope more than any other amateur riders.”

A total of 64 race victories for the big five traditional Western European countries, as compared to 81 victories for the four Eastern Bloc countries ie Soviet Union, East Germany, Czechoslovakia and Poland. If you look at the results, you’ll see that the French and Spanish dominate the L’Avenir, the Dutch the Olympia Tour, the Italians the Baby Giro and the Regioni and the Eastern Bloc teams dominate the Peace Race. Nikolai has too narrowly limited his evaluation of dominance to the World Road Race Champs, but even there, the four Eastern Bloc nations won eight times with the five traditional Western nations winning only six times. 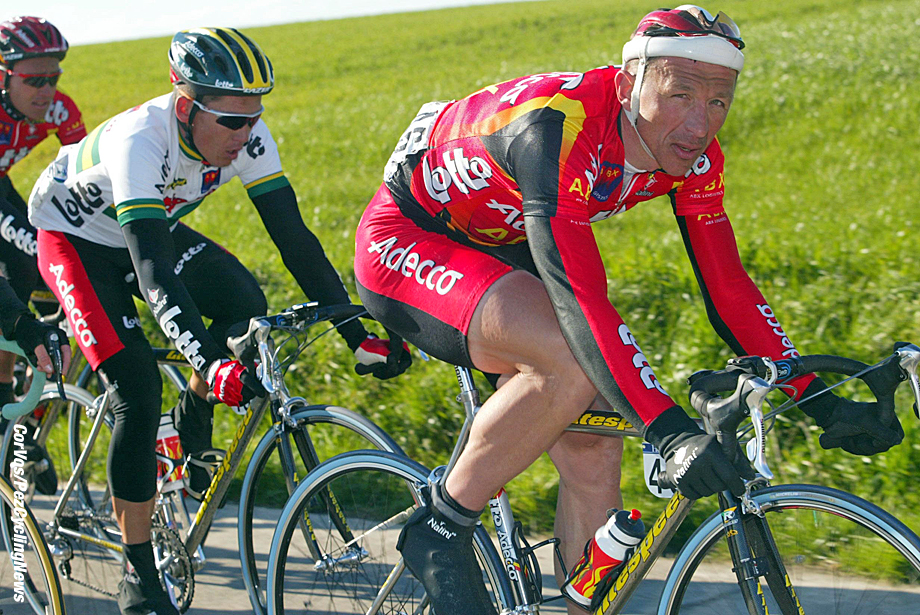 Also, Nikolai, not for the first time, says that the best Western selections were amateurs, they were not, the French, Italians, Belgians and Dutch were not amateurs in the way say Scottish amateurs of the time were. Even the GB teams from the 70s and 80s were not pure amateurs, they were on the dole, often sponsored – Manchester Wheelers Club sponsored by Truman’s Steel springs to mind. I am not saying the Western amateurs were quite at the pro level of the Eastern Europeans but they certainly weren’t clubmen. 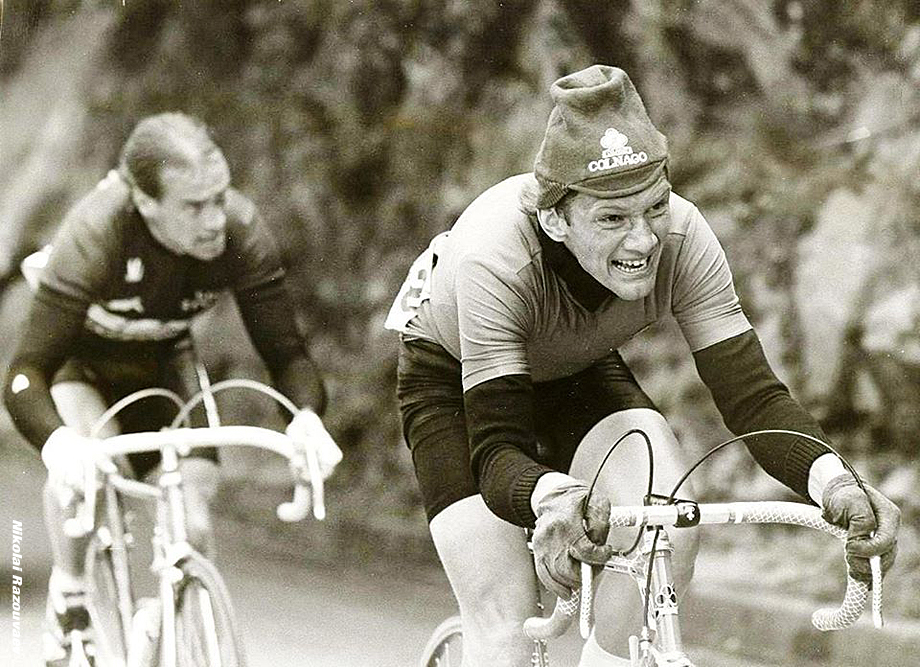 If you think about the palmarès profile of ‘dopers’ – they either burn bright for a season or two and fizzle out/get caught like Ricco; or peak once each year like Lance then go to ground. With dope you have to choose your approach, it’s one or the other of the above – you can’t be on it ALL the time. Ivan makes an excellent point when he cites East Germany’s Olaf Ludwig’s career: “I can’t see Ludwig as a serial doper, he was a rider in the East German team from 1978 to 1989 then a pro from 1990 to 1997, that would be a lot of dope over 20 years, eh?”

Or have a look at Polish Legend, Ryszard Szurkowski’s palmarès; in 1968 he won a stage in the Tour of Poland, he was still winning stages in his home tour some 16 years later with a huge roll of honor which stretched across the globe from North Africa to Canada to Venezuela by way of Bonnie Scotland. Or how about the man they called, ‘Super Whooping Cough’ – Serguei Soukhoroutchenkov, who was on the podium of the USSR TTT championships in 1976 and in 1990 was till winning the GC at the Vuelta Ciclista de Chile. As Ivan says – that’d be an awful lot of dope. . . 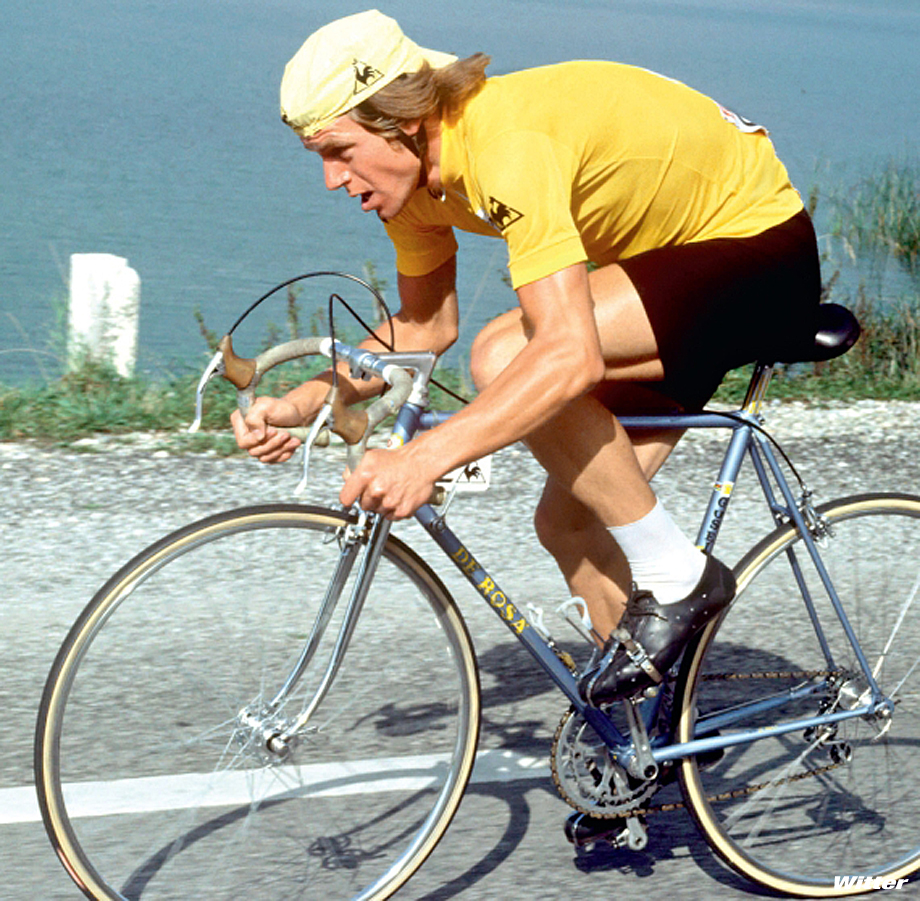 Instead of putting it all those Eastern Bloc wins down to doping let’s think about where these men came from – brutal political systems of repression and fear; shops with no food in them; items we don’t think twice about owning – like radios and TV’s classed as luxury goods with what you watched and listened to strictly censored; grim housing and few prospects. Success on a bicycle was a way out to a better salary, a better apartment, a car, travel and perhaps a future in coaching or management. We’re not saying that the East Europeans were squeaky clean – but what we are saying is that they were the classic ‘hungry fighters,’ hard as nails and they did train three times every day. . . 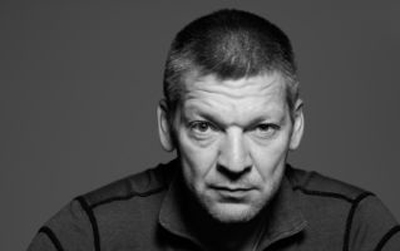 If you’d like to read more of Nikolai’s work you’ll find it at: https://nrwriter.com/ 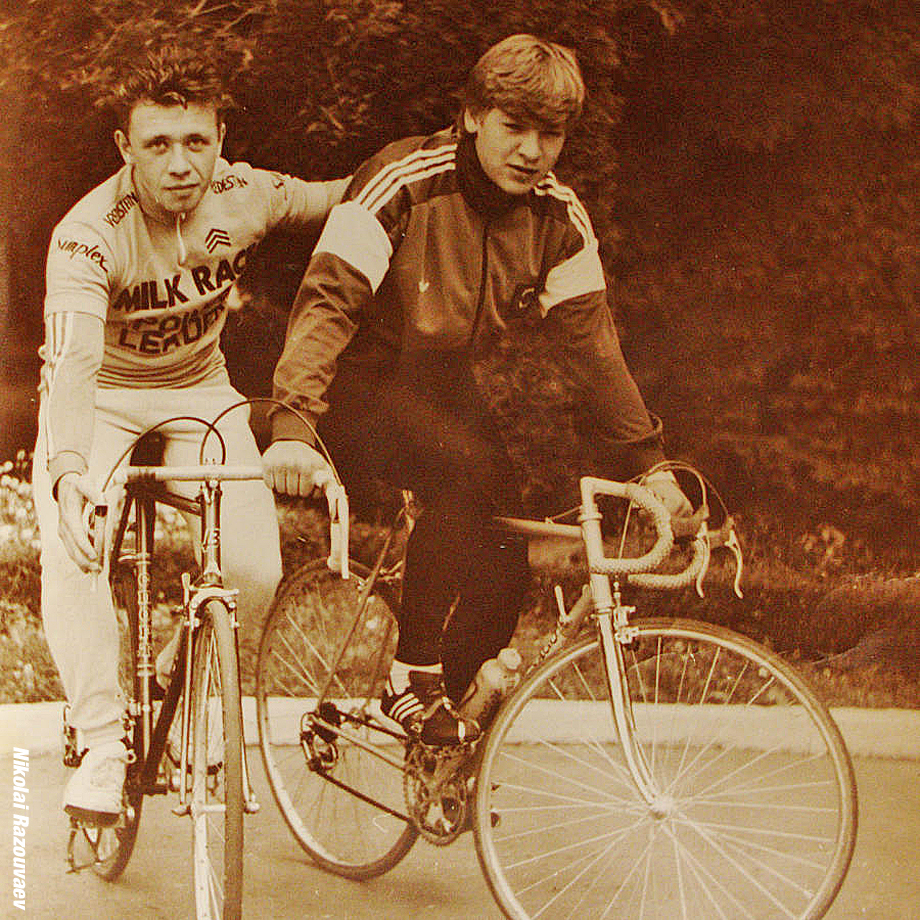