The Tour of Flanders is tough enough to have ensured that no rider has ever won it more than three times – and there have been only four who have managed it. One of those riders was an Italian, Fiorenzo Magni.

You probably would not be surprised to learn that the roll call of winners for the Tour of Flanders is dominated by Belgians. The race epitomizes everything that is unique about Belgian racing, perhaps best described by Michael Barry in his book Le Metier: “In Belgium, bike racing has the social status of dog racing elsewhere: the races are bet on, the cyclists are driven until they fail, and the drunken crowds spit beer at their fallen heroes.” So who survives the weather, the roads and the rabid fans to win in the Ronde? “A tough man,” Walter Godefroot (who won it twice) has said. “He chooses to attack even if he must disappear, even if he must die.”

The Tour of Flanders was first run in 1913 and there have been 95 editions of the race. Belgians have won 67 times. Up until 1949 there had only been one foreign winner, the Swiss rider Heiri Suter in 1913 (he also won Paris-Roubaix in 1913, the first rider to win both in the same year). Interestingly, for a race that seems to suit to regional riders, it is not the Dutch or the Germans or even the French that have the highest number of foreign victories – it is the Italians. 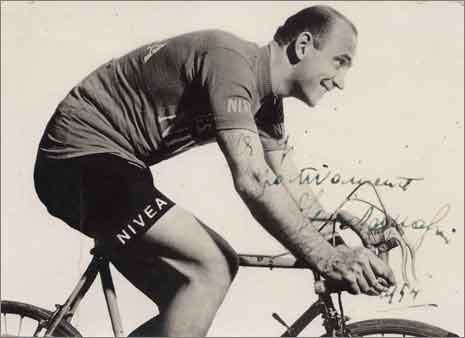 The Third Man
In Italian cycling, Fiorenzo Magni is often referred to as ‘the third man’. Racing mainly in the post-WWII era, this Golden Age was dominated by the rivalry between Fausto Coppi and Gino Bartali. Cycling historians have suggested that Magni had neither the grace of Coppi nor the affable charisma of Bartali. But he had plenty of courage and while Bartali might have been the ‘iron man’ for his toughness, Magni – also from Tuscany – was the ‘lion’. He also had tactical sense, which he needed when competing against Coppi and Bartali; he made up for his lack of climbing ability with fearsome descending skills. Above all, in an era of toughness, he was – as they say – hard, hard, hard.

It is not entirely clear what Magni’s fascination was with the Tour of Flanders as the race was not popular with Italian riders. Magni had attended the 1948 edition but pulled out after a crash had damaged his bike. In 1949, he took a train from Italy to Belgium with his bike, a support rider in the form of teammate Tino Ausenda. and a journalist from La Gazzetta dello Sport. He had the heaviest tires on his bike available, and may also have used wooden rims.

The race in 1949 turned out to be Magni against the Belgians. Of the 220 starters, 185 were from Belgium. Ausenda dropped out early with a puncture. Magni spent most of the nearly 270 kilometres at the front of the race but still had enough strength to win the sprint from Valere Ollivier and the man who later became known as ‘the last of the Flandrians’, renowned Belgian rider Briek Schotte, who had won the race in 1948. The lion had roared. 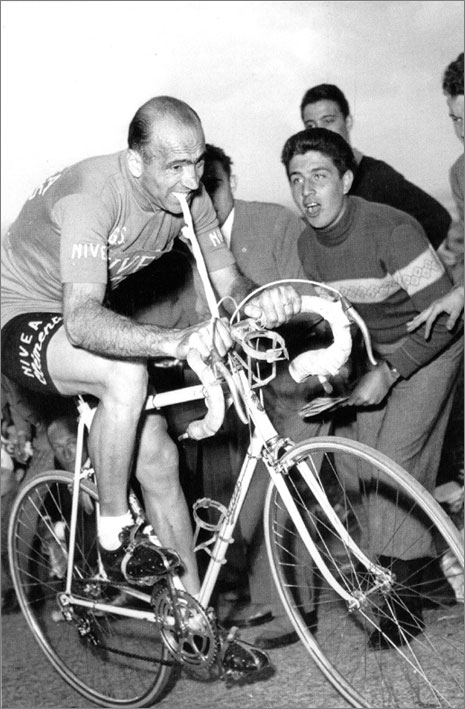 1950 and 1951
The race in 1950 saw the first appearance of the Mur de Grammont. It was also a year of horrendous weather, with freezing winds and snow fresh on the ground. But these conditions were not enough to deter Magni. Even though he had more team support this time around, he relied on his own strength and resilience to win again. It took him just over eight hours to win, 2’15” ahead of Schotte who himself had put in an epic ride, repairing punctures along the way. “Fiorenzo was like a non-stop express train,” Schotte was quoted saying. “Once he had set off he only stopped at the finish line.”

In 1951, Magni was even more dominant and there was little the Belgians or anyone could do to stop him. After slipping away from the peloton early in a breakaway group, he left his companions behind with 75 kilometres to go and won by over five minutes (with second and third claimed by two Frenchmen). At the finish, though, the Tuscan hard man declared that he was done suffering in Belgium and never returned to contest the race. Four appearances, three consecutive victories. His strength and seemingly unlimited tenacity won the respect of the Flandrian fans and he was dubbed ‘The Lion of Flanders’. 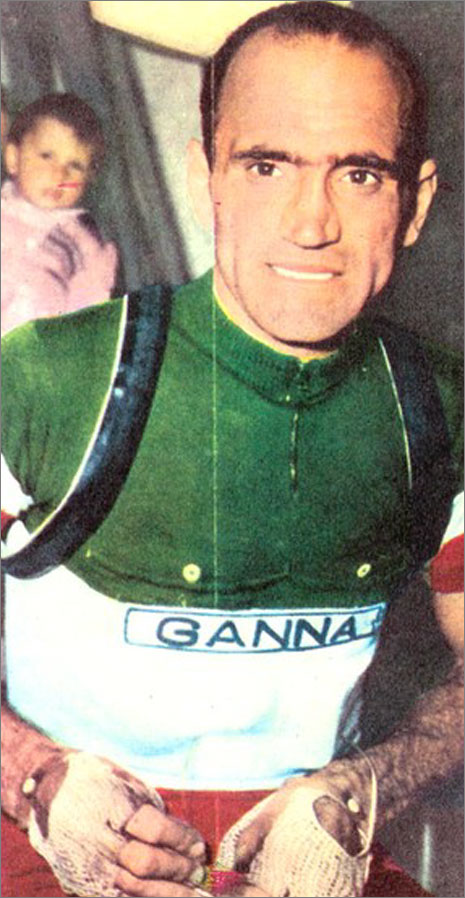 The Legacy
Magni was a controversial figure in Italian cycling during his career. There has been ongoing debate over his possible involvement with a fascist militia during WWII. His first Giro victory, in 1948, was publicly unpopular due to the supposed help he received from pushing by his fans in the mountains (Coppi left the race in protest). By 1951, when he won the Giro again, he was more popular, having ‘saved’ the Giro from Rik van Steenbergen. His third Giro victory was in 1955 when he combined forces with his old rival Coppi to snatch victory from the promising young rider Gastone Nencini. Time seems to have patched over any controversies and his 90th birthday was formally celebrated at the 2010 Giro presentation.

In 1956, his toughness was again on display. In his last Giro, aged 36, Magni broke his collarbone. For the uphill time trial at San Luca he used a strip of tire tied to the handlebars that he clenched between his teeth to take some of the pressure off his broken collarbone. This exploit led to the much-celebrated photograph from that year’s race. But it was not over. Magni then fractured his arm in another fall and refused to be stretchered to hospital and carried on racing. He also survived the freezing conditions of the Monte Bondone stage, which was hit by a freak snowstorm with weather possibly worse than the Gavia in 1988. Some 60 riders abandoned, including race leader Pasquale Fornara. Stage winner Charly Gaul had to be prised from his bike at the finish and have his frozen wool jersey cut off him so he could be warmed up and revived. “If I were the pink jersey,” Magni apparently said, “I would never abandon.” He finished his last Giro in second place, 3’27” behind Gaul.

Magni said that racing in the era of Coppi and Bartali taught him how to lose properly. Still, winning the Giro three times was an outsize achievement befitting of a rider of outsize strength and perhaps sheer bloody-mindedness, a mix of Fabian Cancellara and Johnny Hooglerland might be a modern (and not very Italian) comparison. How else might we explain his three consecutive victories at the Ronde van Vlaanderen, one of the toughest races on the calendar? The Belgian fans got it right: the Lion of Flanders indeed.