This year the Flanders’ most famous classic race will celebrate its 90th birthday. A perfect occasion to take a grasp in its rich history and review some famous editions and its legendary winners. Our resident historian Jan Didier recounts some of the most memorable rides at de Ronde. 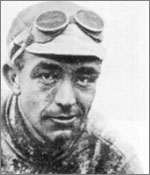 Paul Deman was Flander’s first winner,
but he probably couldn’t sit down for a
week after!

1913: First Edition
Born in 1882 in Wijnendaele (Belgium), Karel Steyaert (better known as Karel Van Wijnendaele) tried cycling for a short while. Unsuccessful, he soon converted to writing newspaper articles about his favourite sport. In 1912, he was the co-founder of a new sports newspaper, “Sportwereld”. Being inspired by the achievements of Henri Desgrange and the 1912 Tour de France victory of the young Odile Defraye, he felt that Belgium needed a top race that could compete with the famous French and Italian classics.
The Tour of Flanders was born !

The very first edition was run May 25, 1913. 37 Riders took the start for a race of 324 km that would take them through the major cities of Flanders. After 12 hours and 3 minutes (average speed: 26.9 km/hour), PAUL DEMAN won the sprint of a head group of six, beating Jozef Vandaele and Victor Doms.
The same Paul Deman won Bordeaux-Paris in 1914, but then entered the allied counter-espionage services at the beginning of the First World War, carrying secret documents by bicycle from Belgium to Holland. Arrested by the Germans, he was sentenced to death, but the German surrender finally saved him. Decorated by the French government, he returned to cycling and managed to win Paris-Roubaix in 1920 and Paris-Tours in 1923. 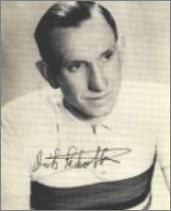 1942: First victory of ALBERIC (BRIEK) SCHOTTE
No other rider is more closely linked to the Tour of Flanders than Briek Schotte.
The “iron man” participated in 20 consecutive Tours (1940 to 1959), winning twice and finishing 8 times on the podium. After finishing third in 1940, Schotte took his first victory in 1942, escaping from a group of six a few hundred meters from the finish in Gent. The use of variable gears was forbidden during the Second World War, and Schotte won the race with a 47×19 fixed gear at an average speed of 34.2 km/h.
He will win again in 1948, but still states that he ran his best race in 1950. 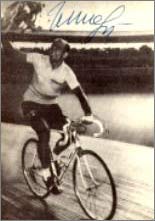 1950: Second victory of FIORENZO MAGNI
Snow, hail and wind made it a terrible race. Magni escaped with Mahй and Wim Van Est. Schotte reacted, but was stopped by a punctured tire. With frozen fingers he tried to repair, helped by a spectator. It took him 5 minutes. Then started a crazy pursuit, Schotte catching every other rider … except Magni who finally kept 2 of his 5.30 minutes lead. Fiorenzo Magni won the Tour of Flanders 3 years in succession: 1949, 1950 and 1951. 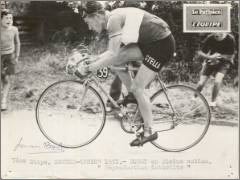 1955: Royal victory of LOUISON BOBET
After having passed close to victory in 1952 (technical problems when in the lead), World Champion Louison Bobet will have his revenge in 1955. On the last climb of the day, a fantastic quartet escapes: Bobet, Van Steenbergen, Koblet and Gauthier. Stopped at a train level crossing, all four climb over the barriers (forbidden in Belgium) and head towards the finish. Gauthier leads the final sprint for Bobet, who surprisingly beats Koblet and Van Steenbergen.

1959: The Emperor RIK VAN LOOY
Probably the best classic rider of all times (he won all classics, except Bordeaux-Paris), Rik Van Looy won his first Tour of Flanders in 1959, not without some difficulties. Rik forces the decision in the Valkenberg climb, taking 8 other companions with him. No one collaborates with Van Looy and 15 other riders join the lead group. Van Looy takes off again, this time only joined by Fred De Bruyne, one of his worst ”enemies” at the time. De Bruyne refuses to take the lead and both riders are caught again by group of 21. One kilometre before the finish, Gilbert Desmet escapes. A furious Van Looy (Desmet is his teammate) catches him just in time to win the final sprint. He won a second time in 1962. 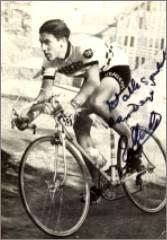 1969: The strength of EDDY MERCKX
Awful weather, lots of rain. Once again the big favourite, Eddy Merckx takes no risks this time. An attack of Franco Bitossi is countered, and Eddy takes off all alone to finish more than 5 minutes ahead of Gimondi and Basso. A breathtaking performance ! Eddy Merckx will win a second time in 1975. 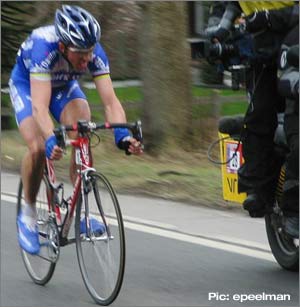 2003: Fourth win of JOHAN MUSEEUW
Let’s cross our fingers for the Lion of Flanders ! Will he beat the record of 3 victories that he shares with Achiel Buysse, Fiorenzo Magni and Eric Leman ?
Enjoy the race !