As the Spring Classics makes its final push to the end of April, the 73rd edition of the Wallonian Arrow is a race that exploits the geography of the Meuse River Valley, and while the target for victory is placed squarely on the villainous Mur de Huy, it’s the outer ring that will test the strength and accuracy of its competitors before one rider hits a bullseye.

La Flиche Wallonne is French for Wallonian Arrow. In Dutch, it’s Waals Pijl. But regardless of the language or translation, La Fleche Wallonne is clearly a Belgian race, symbolic of the success carved from the rugged Ardennes landscape that once solidified the region as an industrial power in the late 19th century. As the Spring Classics makes its final push to the end of April, the 73rd edition of the Wallonian Arrow is a race that again exploits the geography of the Meuse River Valley, and while the target for victory is placed squarely on the villainous Mur de Huy, it’s the outer ring that will test the strength and accuracy of its competitors before one rider hits a bullseye.

The steep slopes of the Meuse Valley.

Little Big Man
La Flиche Wallonne was first run in 1936 in an effort to boost the sales of the regional newspaper Les Sports, and has only been absent one year (1940) from the calendar. Slotted between the Amstel Gold Race and Liиge-Bastogne-Liиge, this midweek semi-classic lacks only the distance when standing next to its big brothers. Organized by the ASO, La Flиche Wallonne and Liиge-Bastogne-Liиge were originally run on successive days as “Le Weekend Ardennais”, and only six riders have achieved the “Ardennes double” by winning both races in the same year: Ferdi Kubler twice (in 1951 and 1952), Stan Ockers (1955), Eddy Merckx (1972), Moreno Argentin (1991) Davide Rebellin (2004) and Alejandro Valverde (2006). 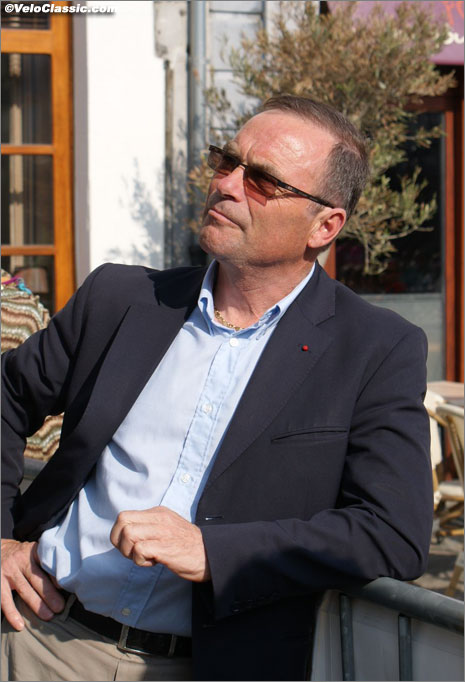 History In The Making
The course itself has changed considerably over the years, both in its route and its distance. The event was first run on roads from Tournai to Liиge (starting with 236km and peaking at 300km – its longest ever distance – in 1938), after which Mons became the starting point. From 1948, the race started at Charleroi; from 1960 the event ran in the opposite direction, starting at Liиge and finishing at Charleroi, and then, Marcinelle. 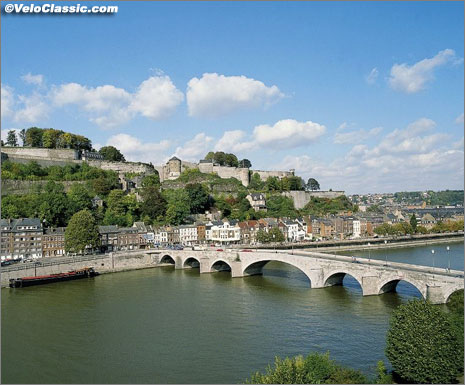 The industrial power of the late 19th century resulted in wealthy towns along the Meuse. 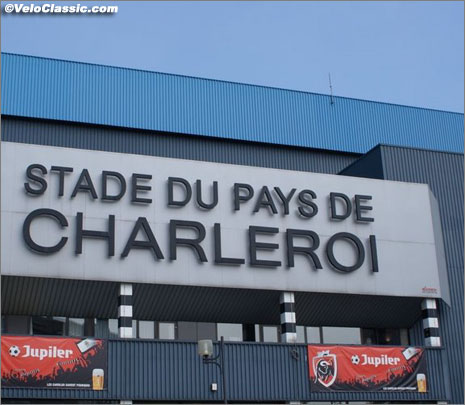 The start location in Charleroi.

Passive Aggressive
Much of the Ardennes is covered in dense forests, and the region is typified by steep-sided valleys carved by the fast-flowing Meuse River (Maas in Dutch), which runs through Maastricht from France and empties into the North Sea. 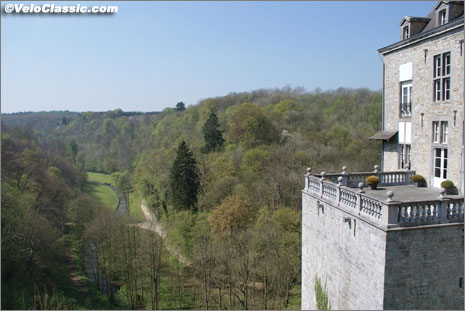 Above the valley to the south of the river, the geography is less harsh, with an open plateau of rolling terrain through dairy farms and arable farms, which uses ploughed fields to grow crops of wheat, barley and oats. The steep, densely forested hills are used in the timber industries, and abandoned mines from the former mining stronghold litter the deeper recesses of the region. 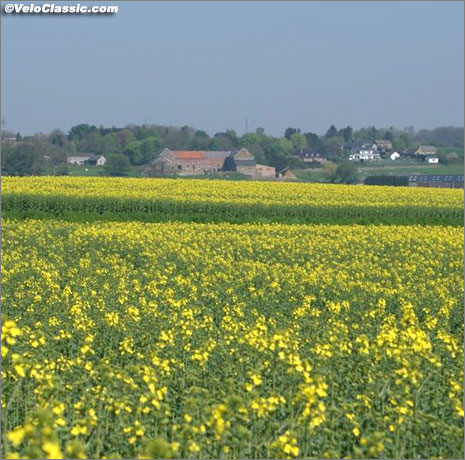 The passive landscape to the south of the river valley.

First, Second, And Third Helping
The most demanding part of the course comes on circuit 2, 99 kilometers in total which begins, in effect, with what it ends with – the Mur de Huy. This is also the women’s World Cup Race course, which starts at the top of the Mur. The 12th edition will see 2 time winner Marianne Vos go for the hat trick in an attempt to equal the record number of victories held by Itlaian legend Fabiana Luperini and current World and Olympic Champion Nicole Cooke. 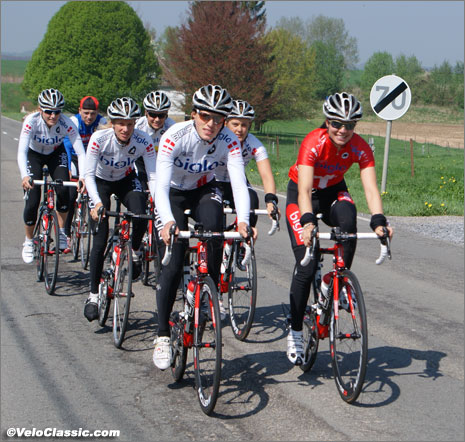 The Bigla girls out for a ride on the course.

Having ridden this loop on a number of occasions, the varying geography of the region is strikingly apparent, and the course seems to snake its way into every joint in the small villages that have fortified themselves into the hills rising above the river as it continually descends to, and rises above, the Meuse. 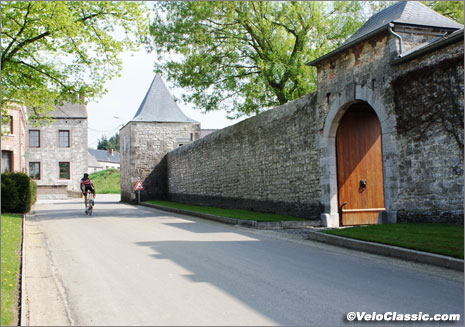 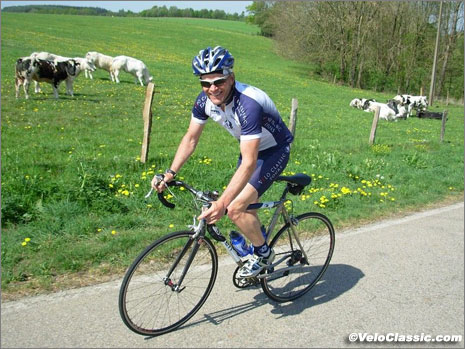 What Comes Around Goes Around
At first, riding from the Mur towards the village of Stree, one is struck by the open, seemingly endless landscape that gives no inclination of the vicious slopes behind. There are plenty of deceiving grade changes, including the formerly categorized Cote de Pailhe- listed as only 1.0 km with a grade of 4.3%- though I measured two different inclines at 2.5 km and 1.5 km on the way to Havelange. 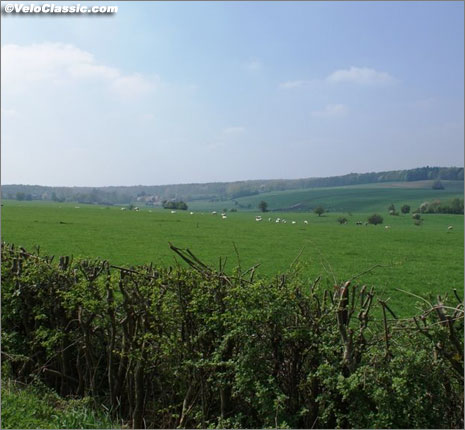 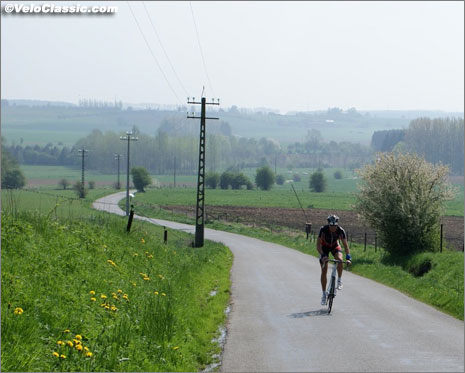 From here, the course heads north and there is typically a considerable cross or head wind. Again, some deceiving uphill grades were apparent as I forced myself to pass, and then stay ahead of, a freshly loaded manure trailer. The arable way of life has certainly taught many farmers to never stand downwind. A long, narrow, and twisting descent leads to a sharp left, and the first of 4 climbs in the western “bubble” of the loop. The Cфte de Peu d’Eau is the easiest of the climbs, ascending the main N941 road. 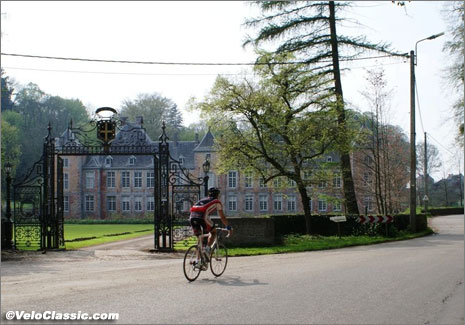 Turning off of this, the route again takes in a narrow descent, plunging back into the forest, and the narrow road of the Cфte de Haute-Bois. Its average grade is deceiving, since it initially ramps up to 10% as it crawls through the “high forest”. 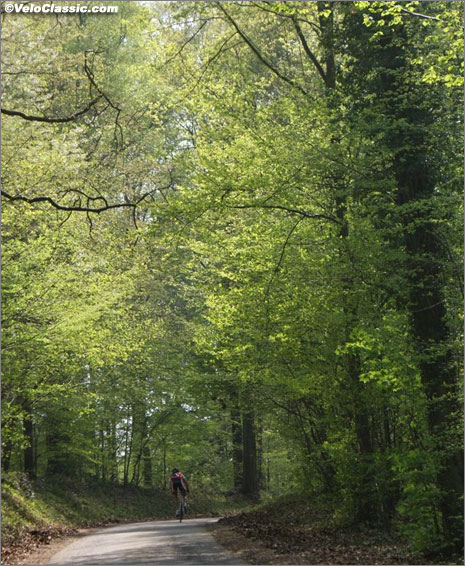 A fast and flat section follows to the Cote de Thon, which has a narrow entry on a quick right bend that starts immediately at 13%. The descent is not to be taken as lightly as I found out when fishtailing out of a blind left hand bend. From the river, the route bends sharp right again, up the narrow and steep Cote de Bonneville. An obvious pattern is developing here, and this is a prime location for a whittling down of the front group. 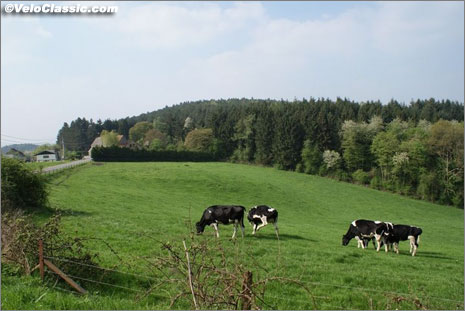 The view from the top of the Cote de Bonneville.

The Countdown
The two climbs of the Cфte de Bohisseau and the Cфte de Bousalle are practically one, the latter a long shallower extension of the former, which reminds me of the Cote St. Roch in Liege-Bastogne-Liege. Feeling a bit like Puxatawny Phil on Groundhog Day, it’s another right turn and the penultimate climb, the Cote d’Ahin. 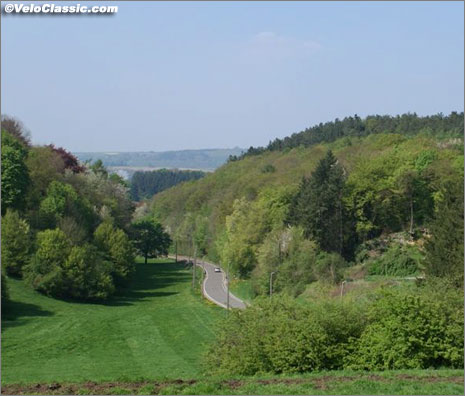 From the top of the penultimate climb, the Cote d’Ahin.

This will most likely be the final selection before the Mur, so those with good legs will force the pace, and those struggling will hope for recovery on the descent and the twisting run in to Huy. 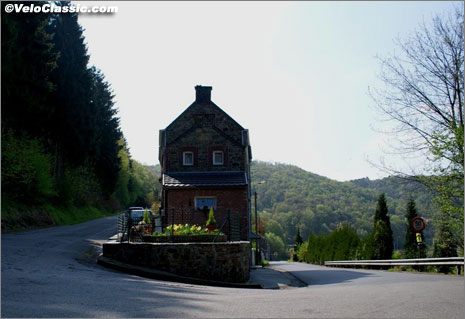 Misjudge this turn, and plenty of energy will be spent chasing back on before the Mur.

I experienced an odd, and unfamiliar, sensation seeing the sun set on the steepest slopes of the Mur de Huy this evening. The white painted “Huy” rising repetitively is cruel symbolism for this vertical abyss, and yet one rider’s focus in delivering the final shot. 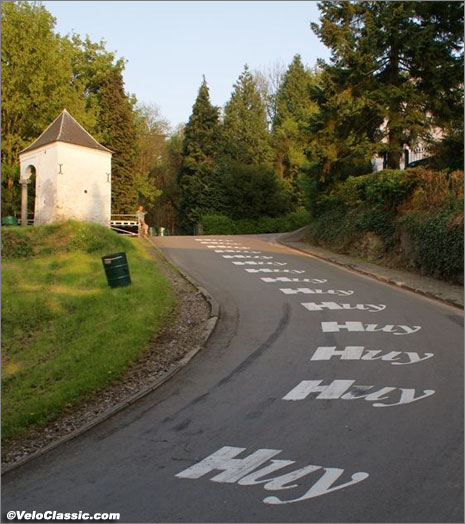 Sunset on the Mur.

Peter Easton is an expert on the Spring Classics. You can catch up with him and all the Classics on the roads of Belgium and Holland with Velo Classic Tours. www.veloclassic.com.
Like PEZ? Why not subscribe to our weekly newsletter to receive updates and reminders on what's cool in road cycling?