The Giro Heads North: The Italian islands and most of the Italian peninsula is behind the Giro d’Italia and now the peloton is facing the northern climbs. Peter Easton gives us his low-down on the 2017 Giro finalé and those iconic mountain passes. 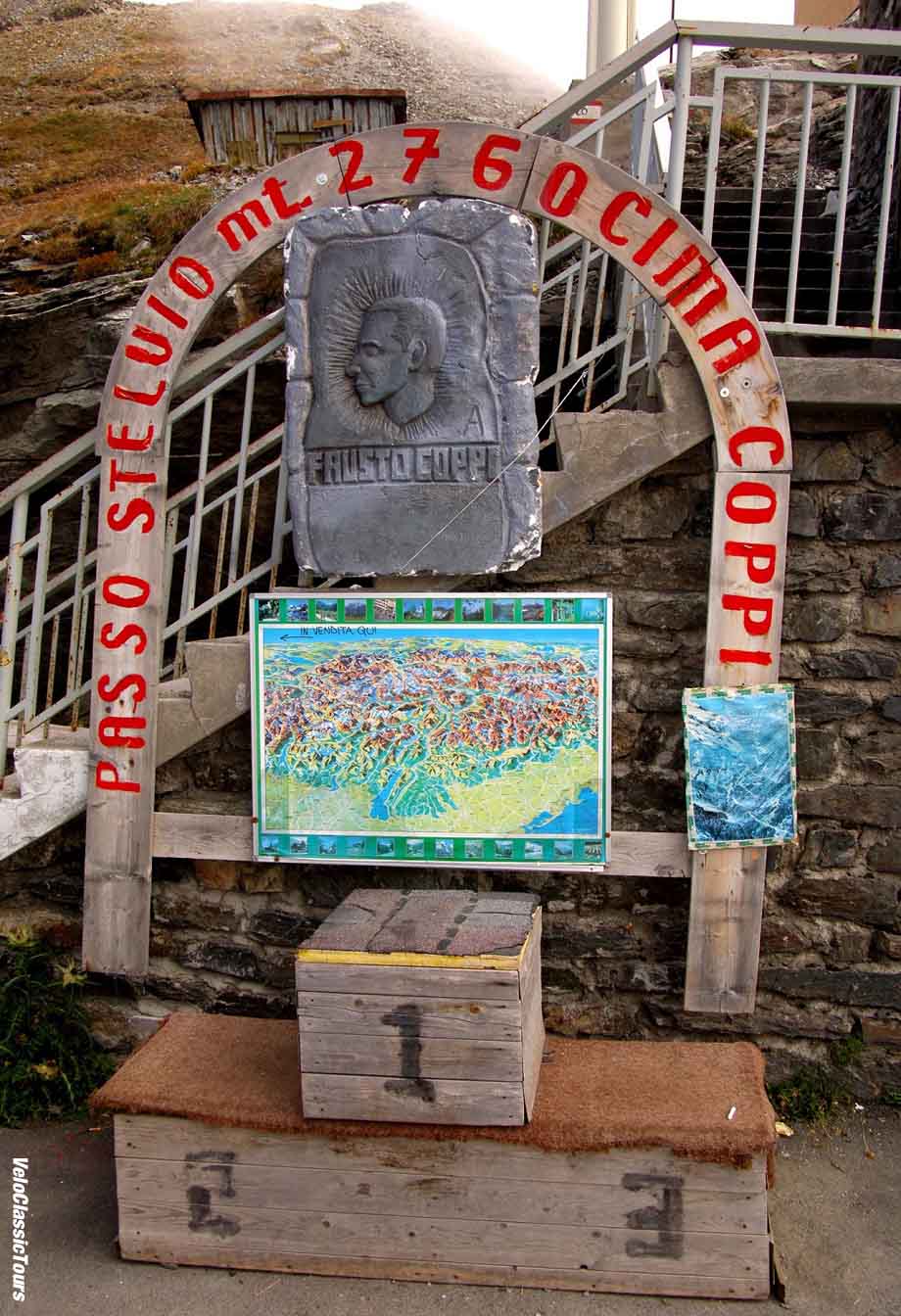 The great modern architect Le Corbusier once said “there are mountains, and then there are the Dolomites.” And while the tiny, bespectacled Swiss was surely a much better designer than he was a cyclist, he nevertheless made no clearer statement of Europe’s natural landscape and the essence of design than to conclude “The Dolomites are the most beautiful construction in the world.” A cerebral and arrogant man who studied the intrinsic value of light and shade, depth and space, and natural and man-made form, Le Corbusier clearly understood what makes the Dolomite mountain range of the Italian Alps so stunning, so inspiring and to a cyclist, so challenging. Forming white, gray and pink curved crystals, It’s the unique carbonate mineral named dolomite that is responsible for giving the mountains their sculptural shapes, like a vertical maze of futuristic high rises and city blocks jutting in exaggeration from a science fiction movie set, defining the sky in a way that is at once breathtaking, and yet so recognizable as the backdrop to the sport’s most colorful and exciting grand tour, Il Giro d’Italia. 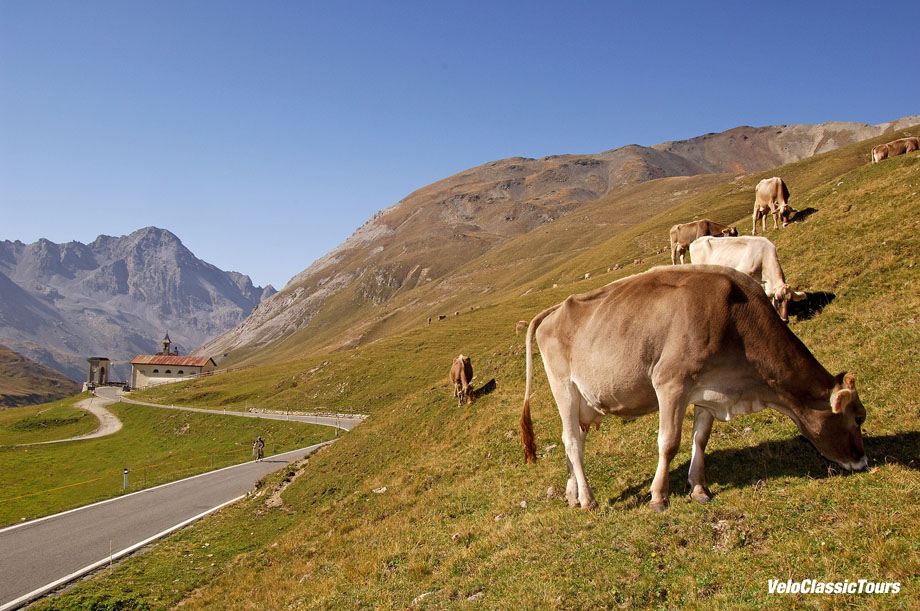 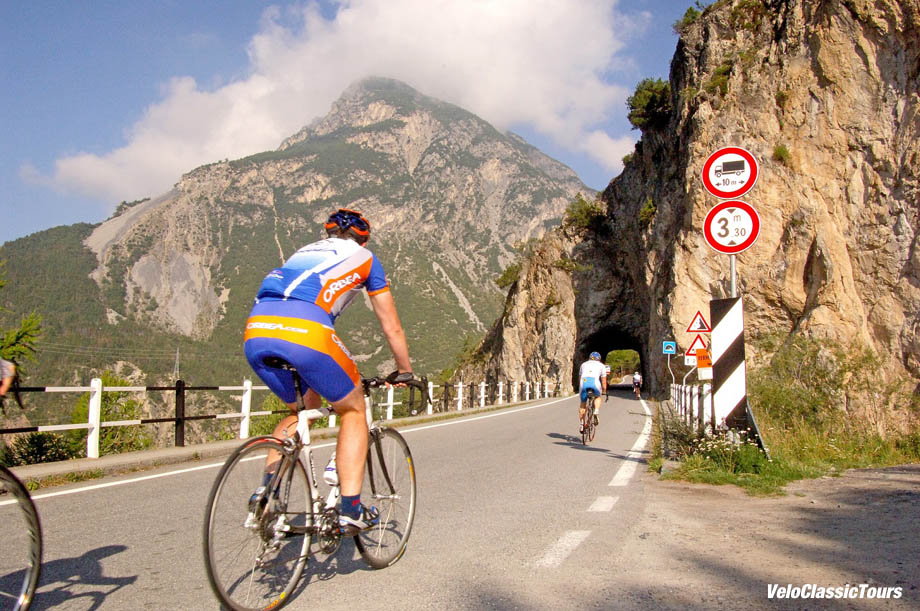 The words Stelvio, Marmolada, Gavia, Mortirolo, Sella, Gardena, Pordoi, Erbe, Falzarego and Giau most likely mean different things to different people, and it’s almost certain the names had a different meaning to Le Corbusier and others who spent their lives designing and integrating man-made structures into the natural landscape than it held for their contemporary cycling professionals. To cyclists, this roll-call rings with a tone that can sound like a symphony for those whose legs itch for inclines, an invitation to a parade across a cyclist’s paradise. And for others, like the sprinters who wear the mask of pain from climbing on their sleeve, struggling to heights their bodies aren’t built for just for another shot at 200 meters of glory, for them it’s a monotonous ringing that could make a sundown rendition of Taps sound appealing. But embraced or dismissed, the Dolomites have been immortalized as much by the legendary racing that has taken place on their slopes as by their beauty and awe-inspiring natural construction. If there is an assault on a series of dominant mountain peaks, then the motivation is typically the higher the grander, which is sometimes more rewarding. And for me, there is no more rewarding feat than riding up the highest paved road in Italy. While the Galibier is at 2,645 meters and the Tourmalet is at 2,115 meters and in the Dolomites, the Passo dello Stelvio places you at an impressive altitude of 2,758 meters. Situated mightily in the far reaches of the Brenta Dolomites and bordering Switzerland, the Passo dello Stelvio colors brightly the experience of ascending what was called “the Queen of the Alpine Roads” when it was completed. 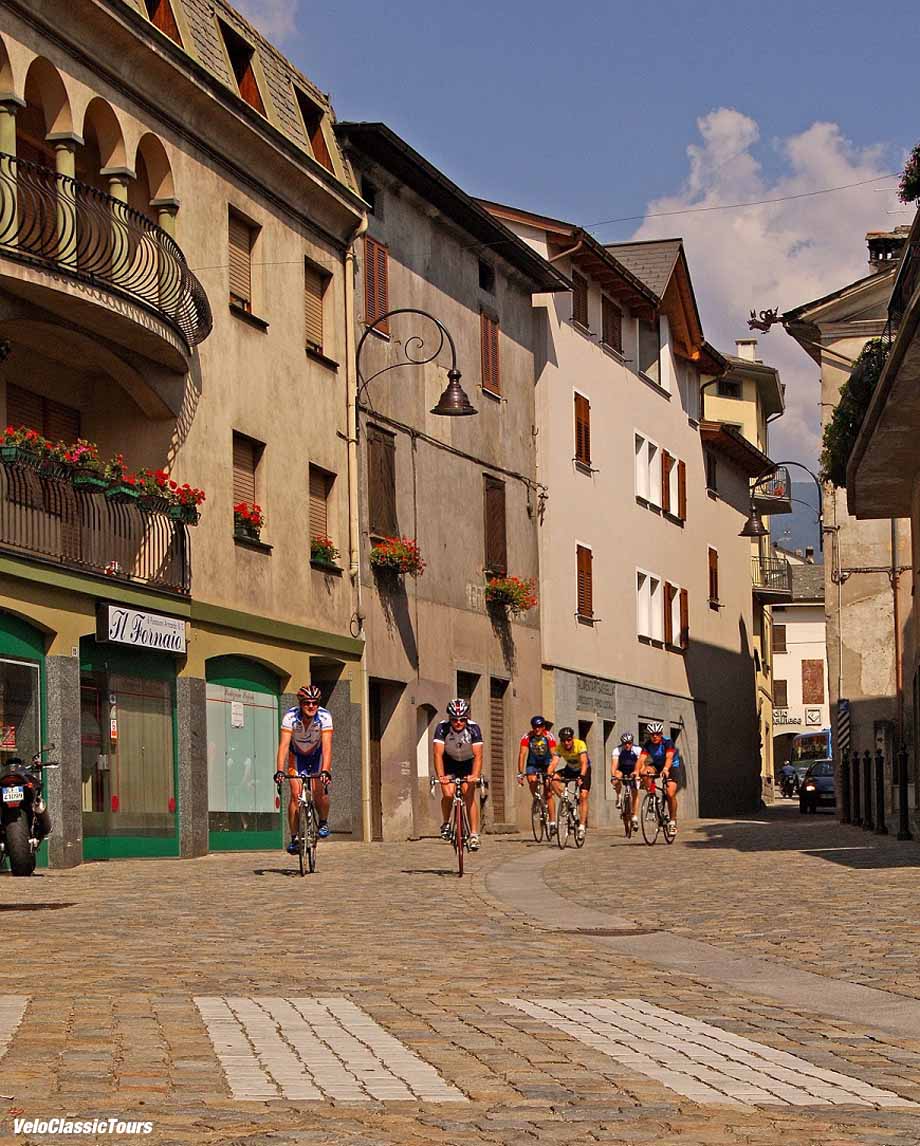 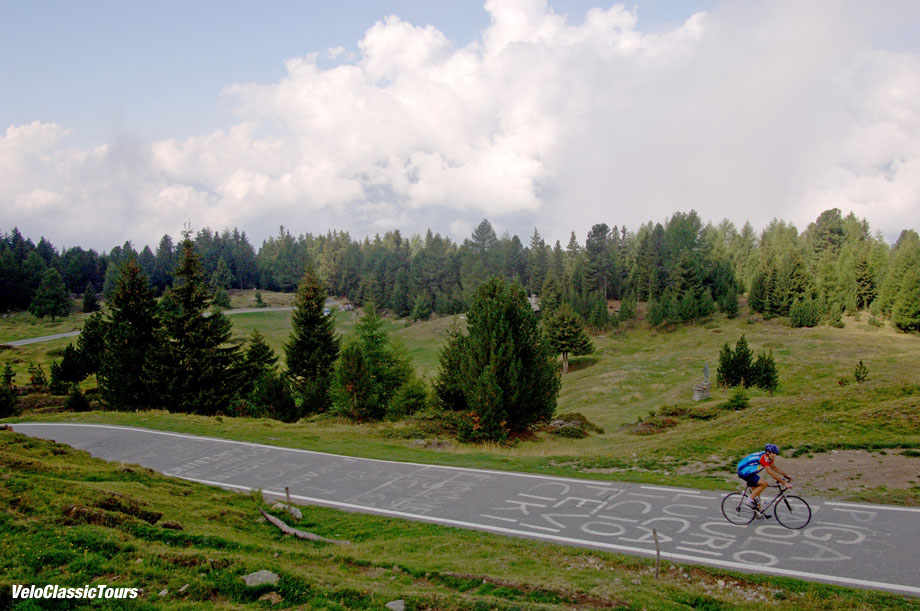 Nicknamed the “Peak of the Three Languages”, or Dreisprachenspitze as it is also known for the connecting of borders that spoke Italian, German and Romansh, the Passo dello Stelvio was built between 1820 and 1825 and designed by the engineer Carlo Donegani. And while Donegani never reached the ephemeral heights of design as Corbusier later did, his road construction project is an impressive display of power, beauty and amazement. The Imperial Stelvio Road, as it is officially named, is a civil engineering masterpiece that was commissioned by the Habsburg Empire and King Franz Josef I for military purposes. It connected Austria with the then controlled Austrian territory of Lombardy. And while its engineering success and military impact have had far reaching consequences across the timeline of history, it is this roadway that has had such an impact on the grandest and most colorful of Grand Tours, Il Giro d’Italia. And though only scaled six times in Giro history, it is this brief legacy combined with its impressive stature that marks it as the king of climbs in the Dolomites. 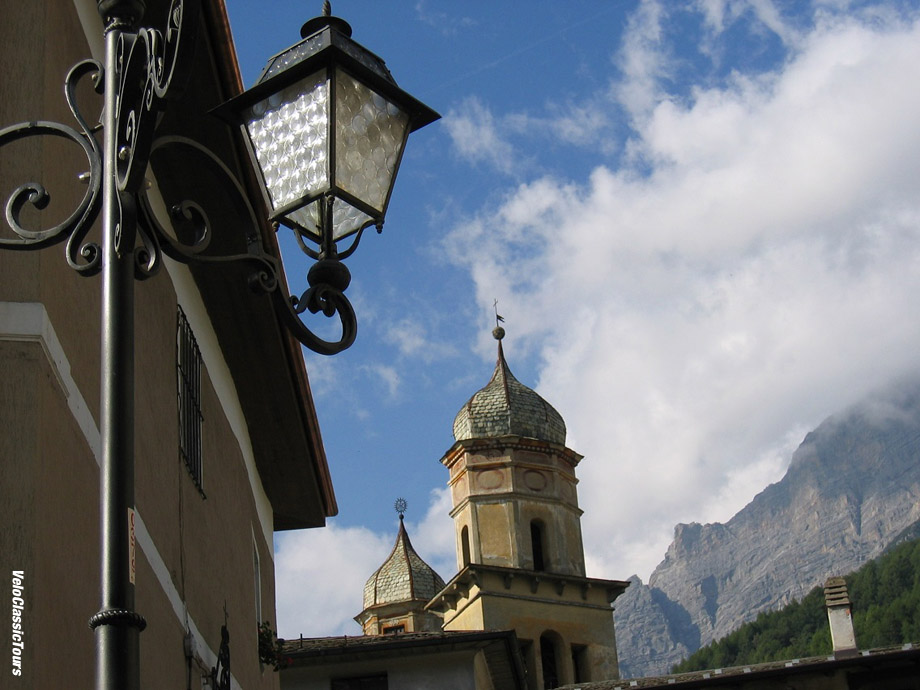 The Dolomites are synonymous with the Giro d’italia, and some of the most demanding stages in its history have been mapped across and over some of northern Italy’s most grueling roads. The passes that slither over Dolomieu’s namesake comprise a veritable treasure chest of ascents that are rich in Giro history, blessed with beauty and inspiring to ride. The Sella Ronda, perhaps the most beautiful loop in all of cycling, comprises the Sella, Gardena and Pordoi passes. The massive Marmolada glacier, reaching to heights of 3,343 meters, is the backdrop to the Passo di Fedaia, one of the most difficult climbs in the Dolomites. The Passo di Gavia is legendary for its brutal slopes and rapidly changing weather conditions. When Stage 20 of the 1953 Giro finished atop the Stelvio for the first time, it was the great Italian Fausto Coppi who out-dueled Swiss Hugo Koblet for the stage win honors, which ultimately earned him his fifth and final Giro title. Since 1965, to honor the great Coppi after his sudden death in 1960, each Giro offers the Cima Coppi prize to the rider who crests the tour’s highest peak first. The Stelvio has been included five additional times since then with inclement weather often playing a part in canceling or redirecting the route. 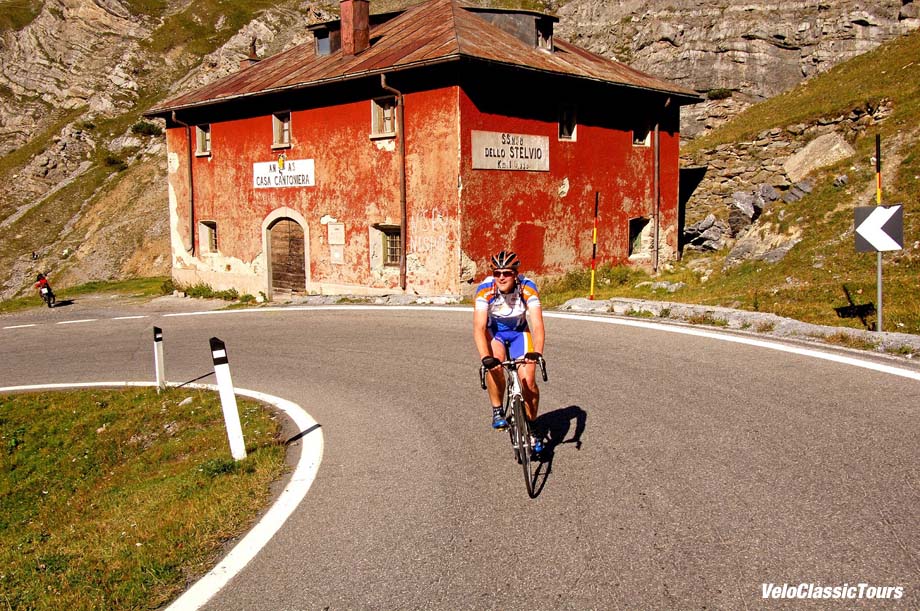 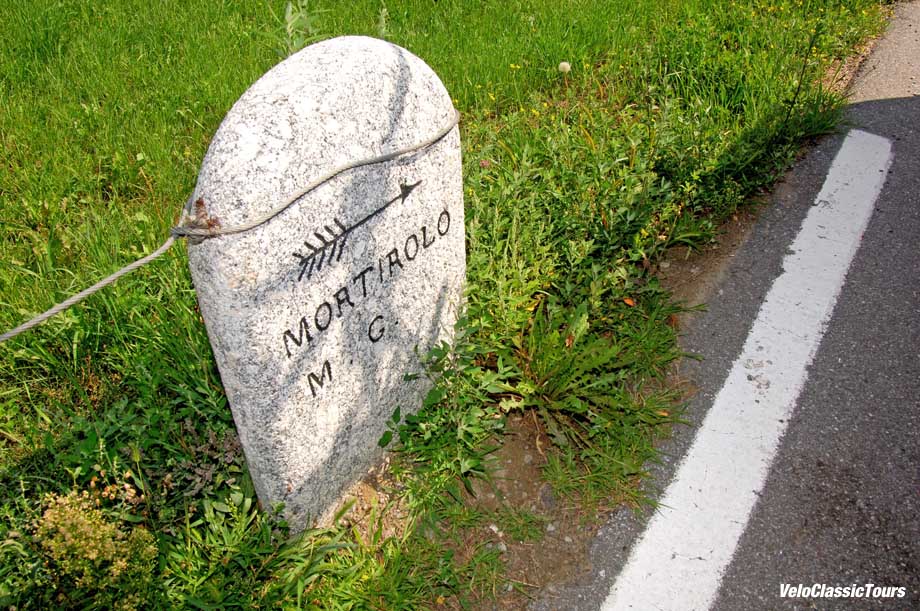 The Passo di Mortirolo is often discussed as the hardest of the climbs in the Dolomites, and I find that hard to disagree with. But, the Mortirolo lacks scenery, as it is largely a road that heaves its way up a hump, traverses it, and then slams its way through and across the top. There is no celebrated arrival, no grand view from its peak, and no road to marvel at from down below. There is no orchestration to the climb; no ability to gauge the effort, analyze the thought and detail that went into the design and construction of the pass. The Mortirolo merely summons an uttered curse and feelings of bewilderment as to why the hell anyone felt building a road like it was a good idea. And while it is hard to distinguish many of the climbs that comprise such a tightly knit area, there is no mistaking which is the king of the climbs when it comes to height, length and scenery. 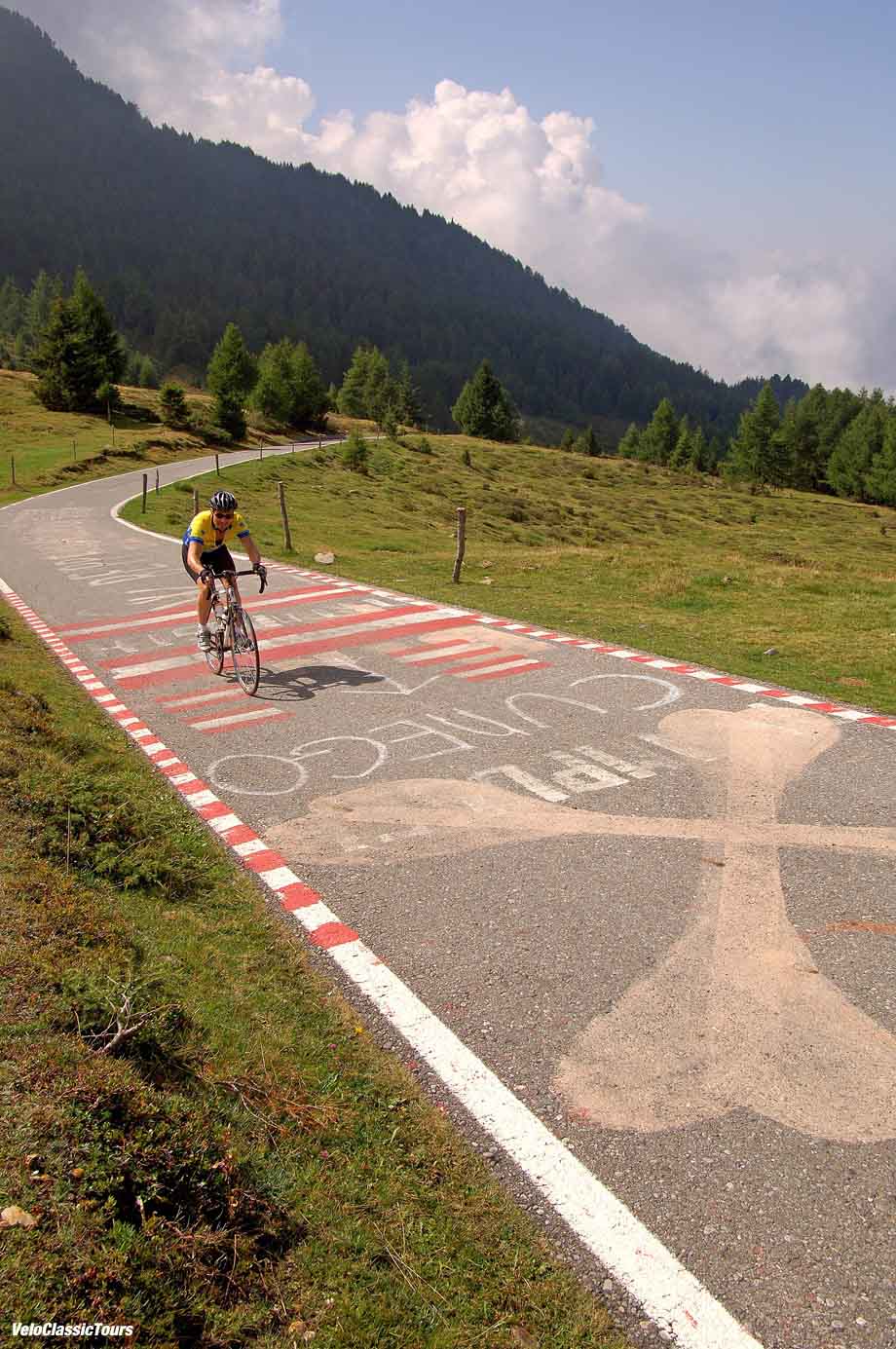 At first sight, the Stelvio was a pass to marvel at, one that left me clearly seeing the enormity of the hours in the saddle ahead in three dimensions. The road weaving up the mountain’s concave chest, its stone walls defining what is natural and what called for manmade intervention – and in this case, delicately and ingeniously placed to thread up what at times appears to be a cascade, in honor of the great Austrian Empire and the mighty throne that commanded not only the vast plains and hills of so much land, but the mighty peak of the western Dolomites. As the patron climb of the Giro, the well-engineered Stelvio pass clearly delineates its switchbacks; it does so with an understated sense, the numbers listed in descending order under the word tornati, Italian for turn. The Tour de France has Alpe d’Huez and its 21 switchbacks, each with a nameplate of the winner who has heroically conquered the 13. 8 kilometer climb faster than his competitors on that given day. In comparison to the Cima Coppi, the Tour de France awards the Memorial Henri Desgrange to the rider who scales the highest peak first, named for the father of the French grand tour. In true Italian style, while the French honor a relic that was credited with the Tour’s creation, the Italians honor a legend, a man who won the Giro five times and exuded such panache on and off the bike he transcended cultural boundaries in post-war Italy. The French honor a man who was so stubborn he refused doctor’s orders to sit out his director’s role from the organizer’s vehicle in order to recover from the illness that felled him two stages into the race, and ultimately killed him. The Italians, meanwhile, honor a man who twice won the overall title and the King of the Mountains in the Tour de France and the Giro d’Italia in the same year. Not even Merckx accomplished that. 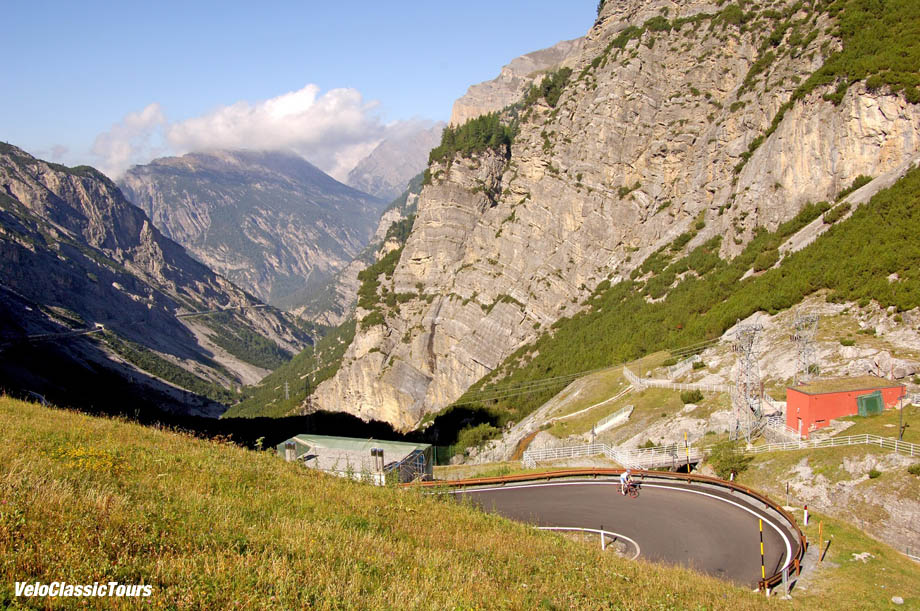 While other climbs may have more daunting statistics than the Stelvio, no climb can match it for its sheer beauty nor for the magnitude and scale of the stunning mountain peaks that surround it. The humble notation of the switchbacks is a reference to the original design of Donegani, and recalls the original purpose of the mountain, which least of all was cycling. Such is the magnitude of the Stelvio, that it rightly sits in Italy’s largest national park, and its legend is well known for what it has staged in the Giro, as well as what it has not. The 1984 Giro was a battle between a young Laurent Fignon and the aging Italian national hero, Francesco Moser. The queen climbing stage, which included the Stelvio and favored Fignon, was cancelled due to bad weather. There is the debate that the road was passable, but by canceling it, it offered Moser the opportunity to gain overall victory the following day with a time trial in Verona. He succeeded, amidst even greater controversy, as it has also been claimed his ride was assisted by a low flying helicopter. And it’s exactly this that makes the Italian Grand Tour what it is – a national parade of pride and passion, style and emotion and legends that are larger than life. 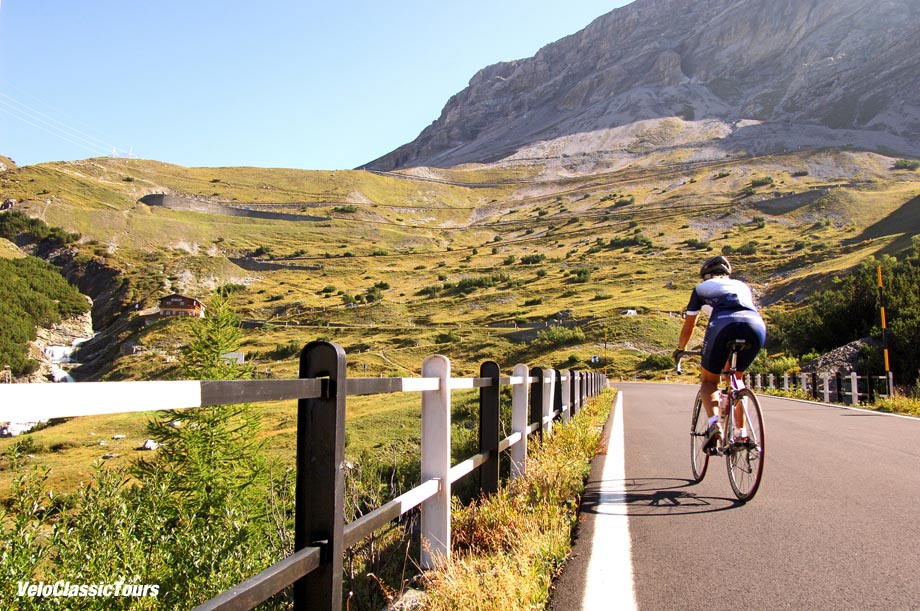 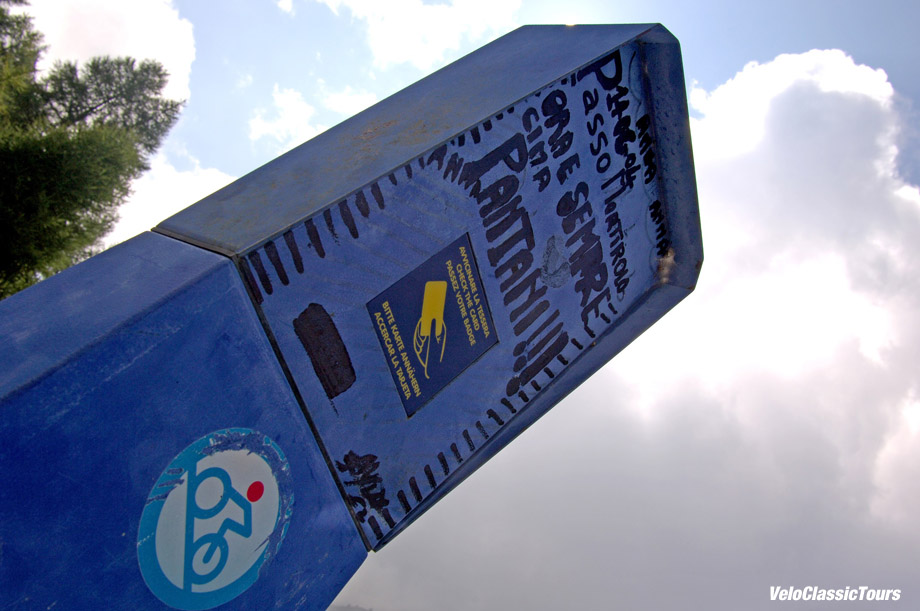 If I am to throw myself into a colossal ride up to heights I rarely frequent, then I do believe the payoff on the other end needs to be enormous. I have not found this to be truer than when reaching the top of the Stelvio. It is perhaps the grandest sense of accomplishment, reaching further than the climb itself can take me, and above the highest clouds that I rode through and now look down upon. While many ascents take us up and back, like Alpe d’Huez, or are ridden purely for the sensationalism that surrounds the absurdity of grade like the Mortirolo, the Stelvio represents the timeline of history. The mountain remains a mystery and a marvel. At once something so systematic and repetitive in its engineering that it seems oddly out of place, yet so beautiful and magical as it disappears into the clouds, beckoning you to rise into the upper reaches of its imperial bravado. It connected an empire, protected borders, was ravaged during war and now, as a link between Lombardy and the Alto Adige, a veritable tarmac playground for sporting exploits at all levels and a testament to the grandeur of the Giro d’Italia. 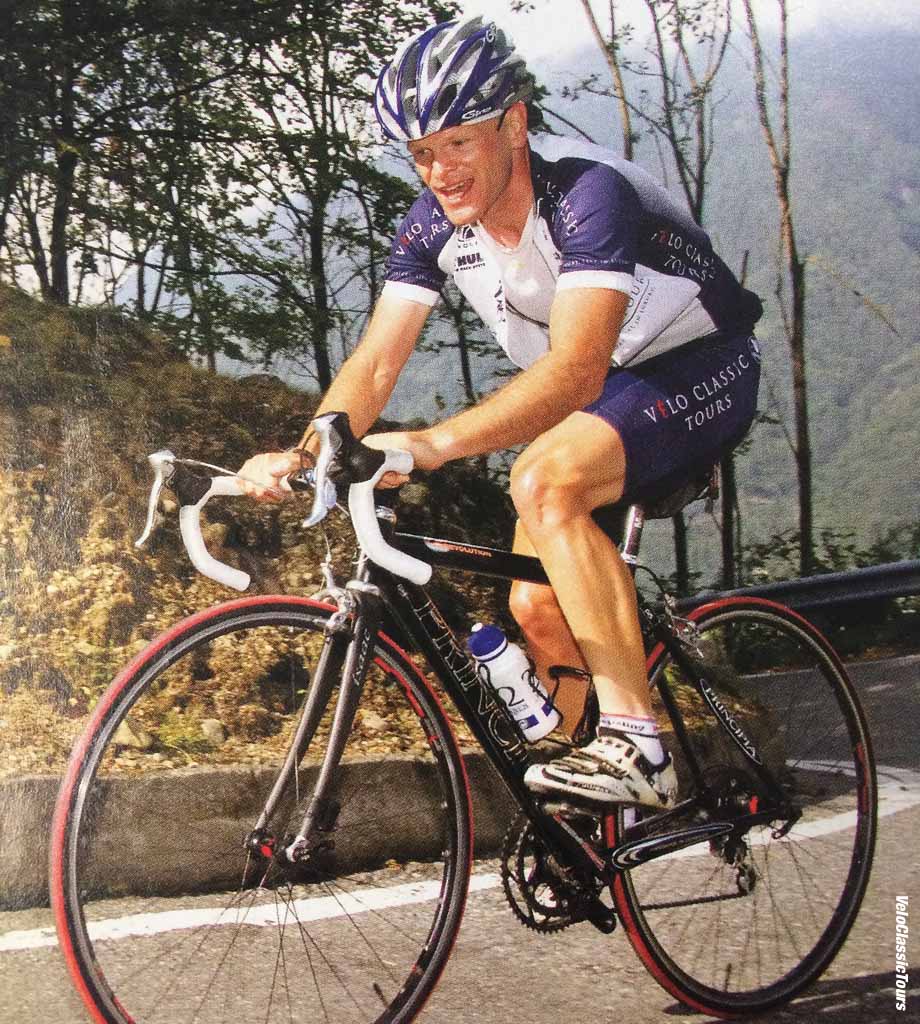