Sam Larner has had his crystal ball out and had a look at the future stars of the peloton. There is a big list of the ‘coming’ riders, but Sam has picked the stand-out riders for his ‘six of the best’ for the podium in the next years.

If I could truly predict the future I would be writing this article from my yacht in the Bahamas. I’ll let you decide in five years, after these predictions have come true, just how much you’re willing to donate to the yacht fund. The rules are clear, the riders have to be aged between 19 and 21. The reason? It’s simply too unpredictable/predictable to work out just how successful an 18/22 year old will be in the future. This will be a regular article but I will try and theme it and keep it relevant to the racing at the time of writing. If you feel like I’ve missed someone off the list then feel free to comment below and shout at me about it! If you’re right, I’ll buy you a pint in five years. 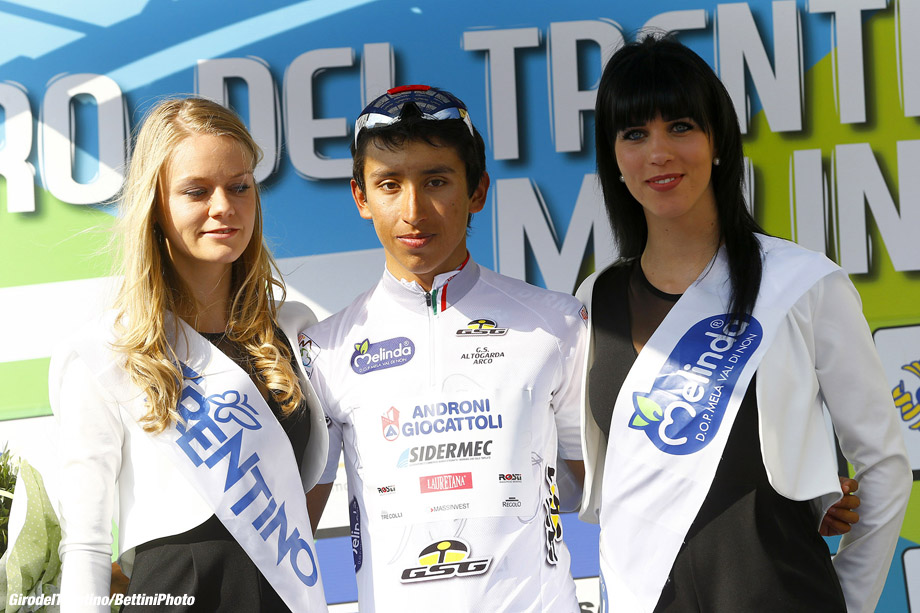 Why he’s here: Former mountain biker who joined, hoarders of South American talent, Androni Giocattoli at the start of this year. Since then he’s registered incredible results on hilly and mountainous terrain.

What the Results say:
– Best Young Rider, 2016 Giro del Trentino: Four days spent in the Dolomites in Northern Italy were enough to signal Bernal as a serious talent. The opening team time trial was just his 13th race day as a road cyclist. It’s unclear at the moment whether he will turn into a pure climber a la Quintana or a punchy Ardennes climber.
– 12th 2016 GP Industria & Artigianato: Arlay finished 10 seconds down on Rigoberto Uran and 10 seconds ahead of Esteban Chaves in this 200km early season hilly classic style Italian race. He clearly has the speed to handle these short climbs.

What he says: “After the 2015 Mountain Bike World Championships (where Egan won bronze in the Junior XC event) I met my manager, Paolo Alberati. He arranged a physiological test, the results were good and when Androni were contacted they were interested. I feel good on the long climbs and my strength from mountain biking makes me good on the shorter climbs. I’ve never practiced time trialling but I feel good during the tests”.

Chances of Success: 8/10 – A hugely talented mountain biker who has made as smooth a transition as you could imagine to the road. 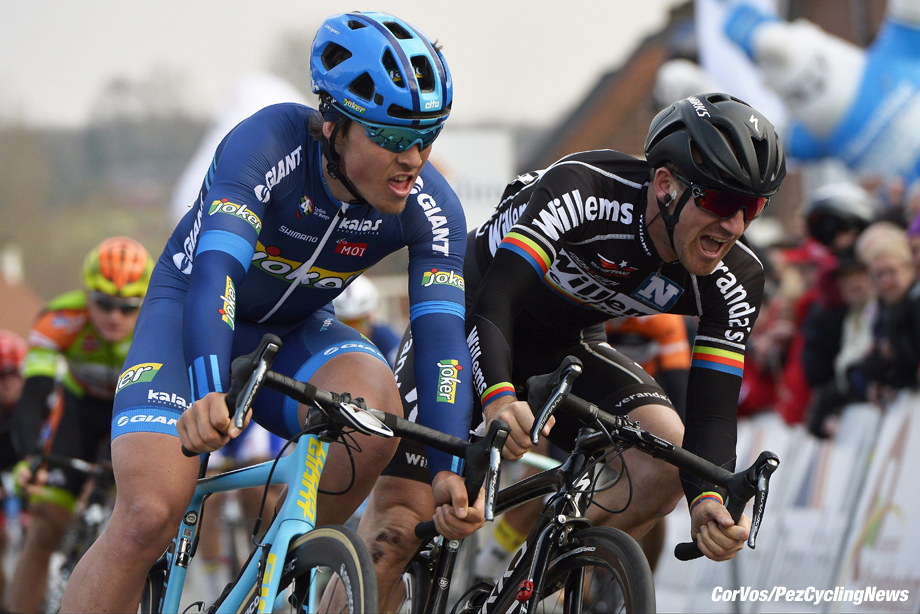 Why he’s here: A nasty illness robbed him of a virtually a full season of racing in 2015 but he’s now returned with some incredible results.

What the Results say:
– 1st 2013 Trofeo Karlsberg, Stage 1: Kristoffer announced his arrival with a win on a lumpy 100km stage on the French/German border. It was easy to get excited about another Norwegian rider who could handle hills and a sprint finish.
– 2nd 2016 Nokere-Koerse: Only just piped by Timothy Dupont (Verandas Willems) on a windswept, cobbled classics style course. Just a fraction away from a win on a 200km course suggests the comeback is going to plan.

What he says: “The time I was out with the illness was obviously very frustrating but I feel I dealt with it well and came back stronger. I did think about doing something else when I got out of breath going up the stairs and went from 20 hours training a week to zero. I dream of winning the Classics and I focus on them in every training I do, I think my ability in the mass sprint will be very helpful in the one day races”.

Chances of Success: 6/10 – It’s difficult to know how much the year off will impact him. It certainly hasn’t held him back this year and if this is him off form there won’t be many people he can’t beat on form. 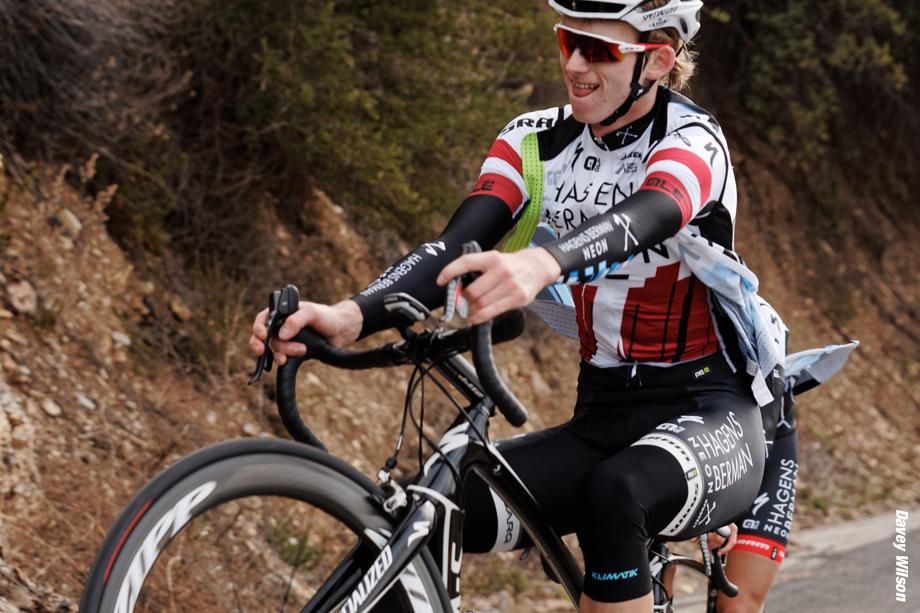 Why he’s here: Despite being just 21 years old, Krists has appeared at five World Championships. He’s also a natural winner, taking victories in time trials and escapes and even mountain bike races.

What the results say:
– 1st 2014 Latvian U23 National Time Trial Championships: Krists destroyed all the opposition when he was just 19. His power and guile also won him a stage of the Tour of Borneo last year when he jumped clear of the peloton inside the final kilometer.
– 5th 2016 U23 Tour of Flanders: He was part of a 7 man leading group who sprinted for the win in the 166km race. Just a week later he came 10th in the Junior Liege-Bastogne-Liege, 179km, no other rider finished in the top 10 in both races.

Chances of Success: 8/10 – Moving to Axeon will help his chances and should mean he gets noticed quicker. He’s breaking the mold by being a great climber, time trailer and classics rider. 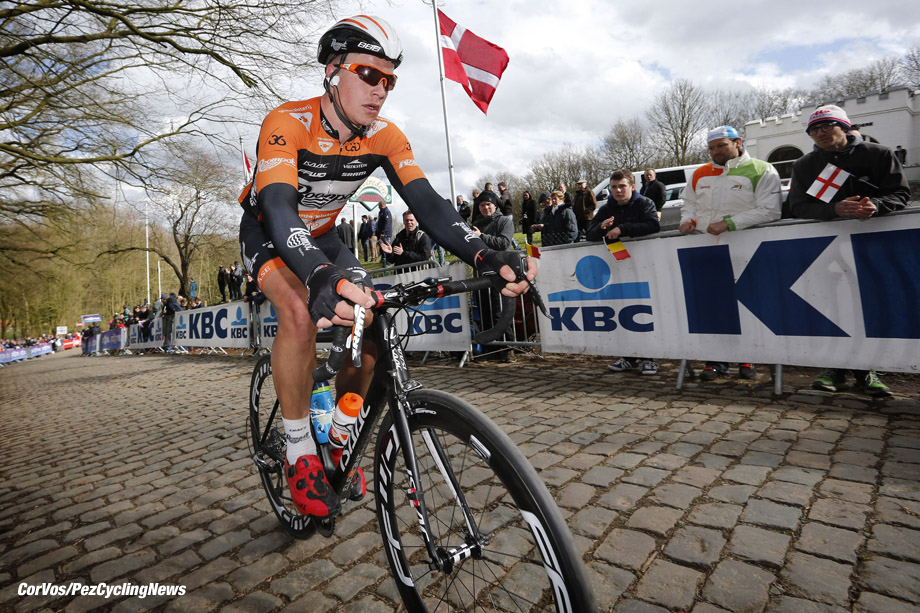 Why he’s here: Looij is probably the purest sprinter on this list, but he’s shown enough skill in the semi classics to suggest that as he ages and gains more stamina he could well become a Tom Boonen type rider.

What the results say:
– 9th 2015 Netherlands National Road Championships: He finished in the second group just 9 seconds down on Niki Terpstra. What was really impressive though is how he was able to hang around and still put in a good finish on a 253km long course.
– 1st 2013 Sint-Martinusprijs Kontich stage 3: His first win as a pro rider. He beat a field packed with talent despite being just 18. He came back the next day and came 2nd on the stage. Since then he picked up three wins in 2014 and numerous placings since stepping up to the senior level.

What he says: “At the age of 18 I was riding with the Rabobank Development team, since then I’m doing longer and more difficult training sessions which my body seems able to handle well. Now I ride with Roompot – Oranje Peloton and most races are longer and harder and my body seems to pick up this as well. I may possess some talent, but the training is most important.”

Chances of Success: 6/10 – The list of young sprinters who could turn into Classics riders is long and packed with talent. Looij might not be right at the very top but he’s talented enough that he should make a run at a World Tour team in the next two years. 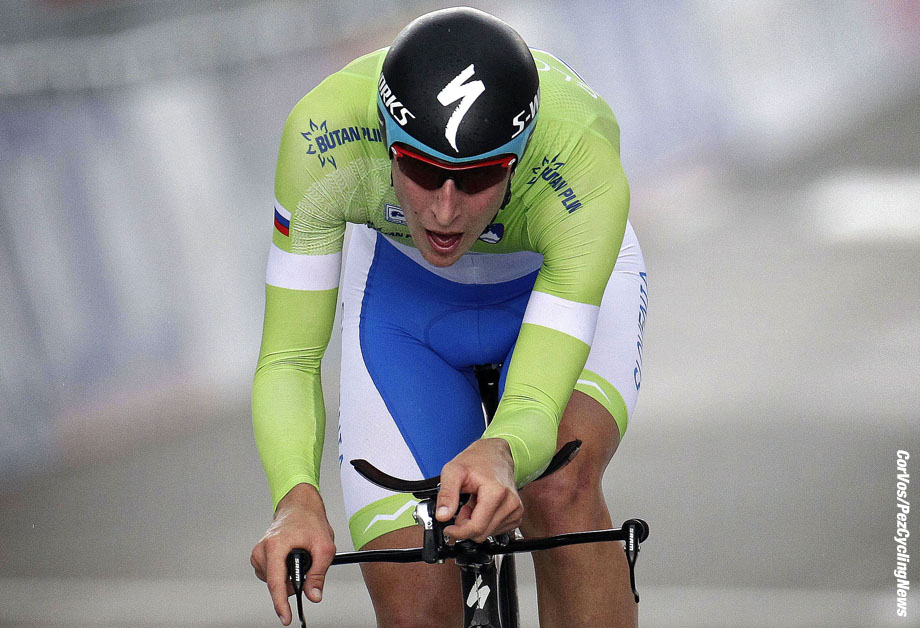 Why he’s here: The oldest rider on the list but he’s been riding at the highest level for the last three years. Looks like the real deal and recent results will surely bring him to the attention of a World Tour team for next year.

What the results say:
– 1st 2013 Oberösterreich Juniorenrundfahrt GC: Per took the win on the lumpy stage two and held on in the final flat stage to record an excellent overall win. He can time trial so he could well be an overall GC threat in races like the ENECO Tour.
– 1st 2016 U23 Tour of Flanders: The last person to win the U23 Tour of Flanders and the Senior one was Stijn Devolder in 1996 and 1997, he repeated that exact feat 12 years later. Still, there’s no harm in winning one of the biggest U23 races.

What he says: “The U23 Tour of Flanders was my biggest goal for this spring. I am very happy to have won it. Of course my dreams are to do well on the “real” Tour of Flanders with pro riders. I love all this springs Classics, especially Roubaix and Flanders and I will try to get the best results possible on this races.”

Chances of Success: 9/10 – Winning the Junior Tour of Flanders is a huge coup for Per. It’s hard to imagine he wouldn’t have got a World Tour contract at the end of this season but that victory will certainly make things much easier. 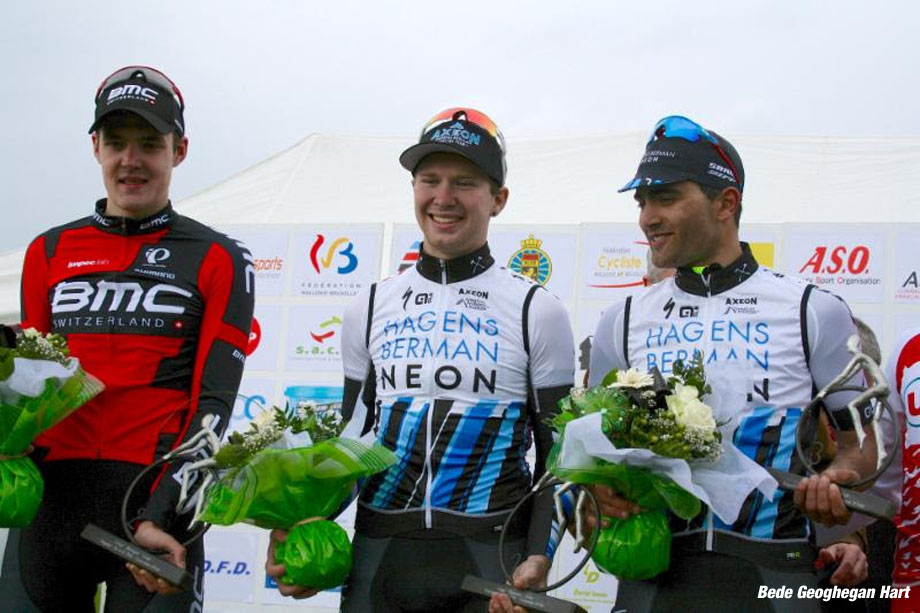 Pavel Sivakov (BMC Development Team), 2nd in the Under 23 Liège-Bastogne-Liège

Why he’s here: The youngest rider in the list but very possibly the most talented. He’s developing nicely with the BMC team and will only be 22 at the start of the 2020 season, expect him to stride into a World Tour team then.

What the results say:
– 15th 2014 Trofeo Karlsberg GC: 15th on GC may not sound exceptional until you add the context of him being just 16 and racing against 18 year olds. He came 3rd in the stage 2b time trial, beating overall race winner, Eddie Dunbar, by five seconds.
– 2nd 2016 U23 Liege-Bastogne-Liege: Pavel finished alone behind 21 year old American Logan Owen, and 30 seconds ahead of Owen’s 21 year old team mate Ruben Gurreiro. He was one of only four riders in the top 20 who were in their teens.

What he says: “I’m a Russian rider but I was born in Italy and have lived in France since I was 1 year old so I’ve never lived in Russia. For me BMC is a perfect team to progress and develop myself, physically and also culturally because we are a group of guys from different countries and we learn from each other, this is what I like. It is also good to always develop my English. I’m really grateful to BMC for this big chance and opportunity.”

Chances of Success: 10/10 – It’s hard to imagine what would curtain his ceaseless rise to the top. Even if he does nothing for the rest of the season, the experience he is gaining by racing in U23 races at such a young age will be invaluable.

Disclaimer: The opinions expressed by our contributors and those providing comments are theirs alone, and do not necessarily reflect the opinions of PezCyclingNews.com or its employees. Although we do try our best, PezCyclingNews.com is not responsible for the accuracy of any of the information supplied by our contributors.
Like PEZ? Why not subscribe to our weekly newsletter to receive updates and reminders on what's cool in road cycling?