Race News: The Brits are coming! Ed Hood, our main man for the 6 Days, can’t make it to the big event of the winter track season in Gent this year. If he’s not there working in the pits, he would be sampling a beer with the cycling intelligentsia track side… but not this year. Not to worry, his usual traveling companions; Callum MacGregor and Dave Chapman are there for the fun. Callum takes up the story on day 4. 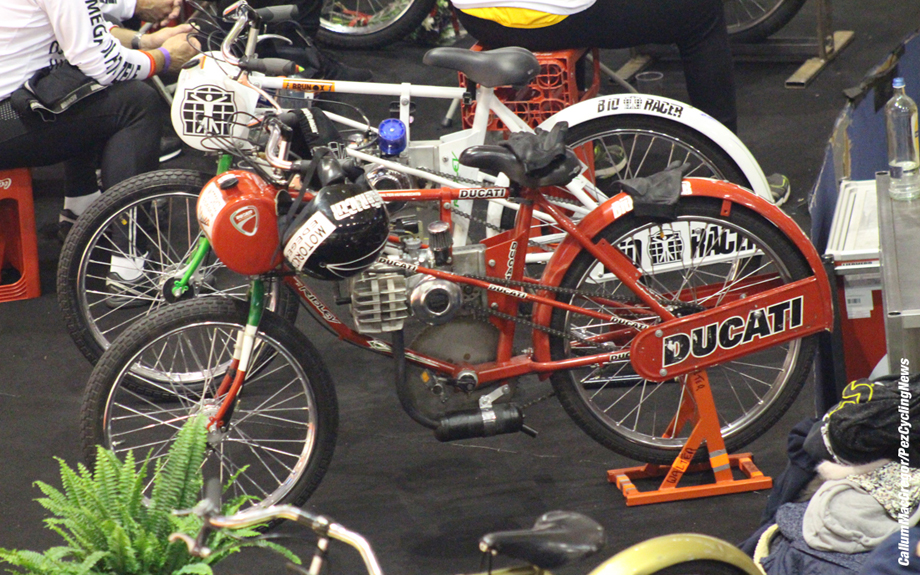 Those old engines will see some action this week

It’s November at last, it’s cold outside and the waiting is almost over, we are at the airport to catch a flight to Brussels and from there onwards to Gent. We notice the flight has a number of cycling types on board, skinny, with cycling mags in hand. Changed days. Cycling continues to expand its appeal and the fans keep coming from all over Europe. 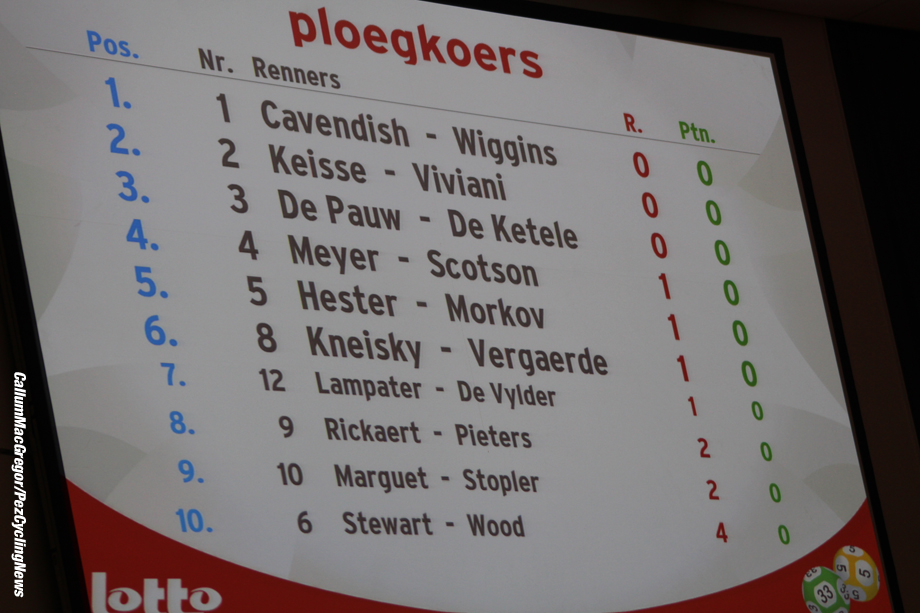 The Gent score board at the start of day 4

From what I’ve read the first three days of racing at the Six has been fast and the rivalry between Wiggins, Cavendish and De Ketele, De Paul renewed, with the British World Madison champs out for revenge following the disappointment and embarrassment of London still fresh in their minds. A missed hand sling costing them the race, tough to take I’m sure. 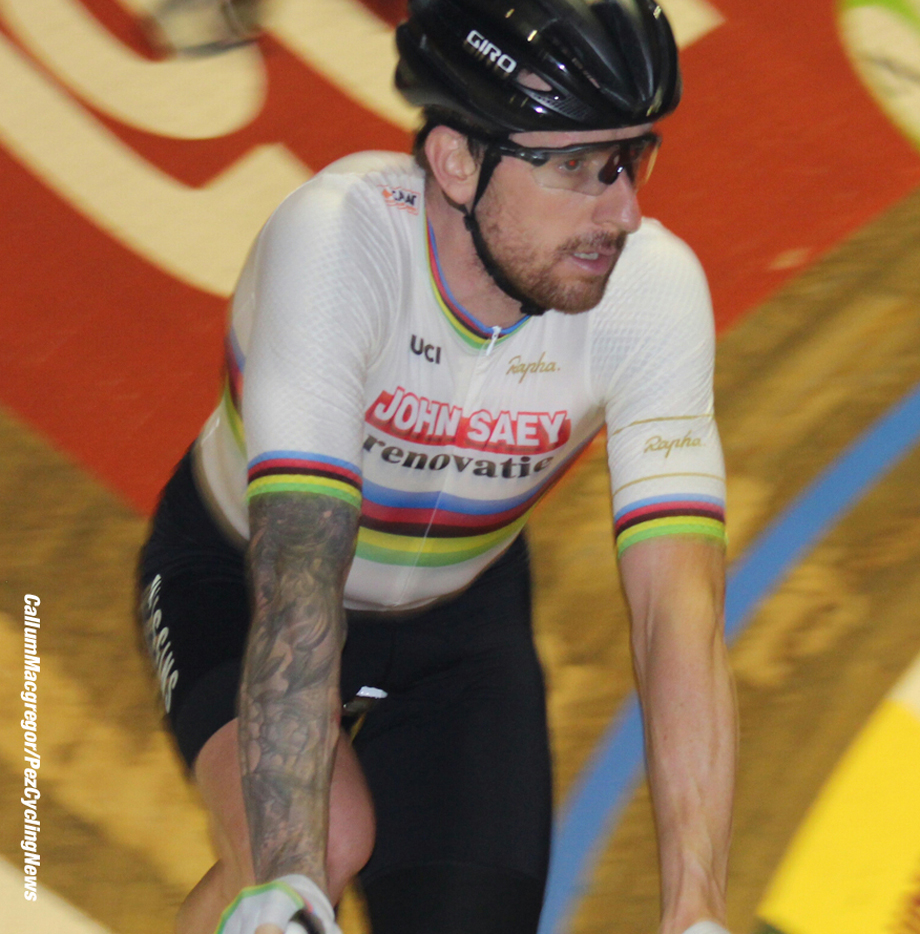 It’s allegedly Wiggins last hoorah and as a native of Gent he’ll want to finish on another high. We saw how disappointed Cavendish was two years ago when he and Iljo were beaten in the final chase by De Ketele and Gigs Van Hoecke, this is a man who clearly has not lost any of his desire to win. It’s going to be a hard and fast last few days, Sundays final chase will doubtless be something to behold. 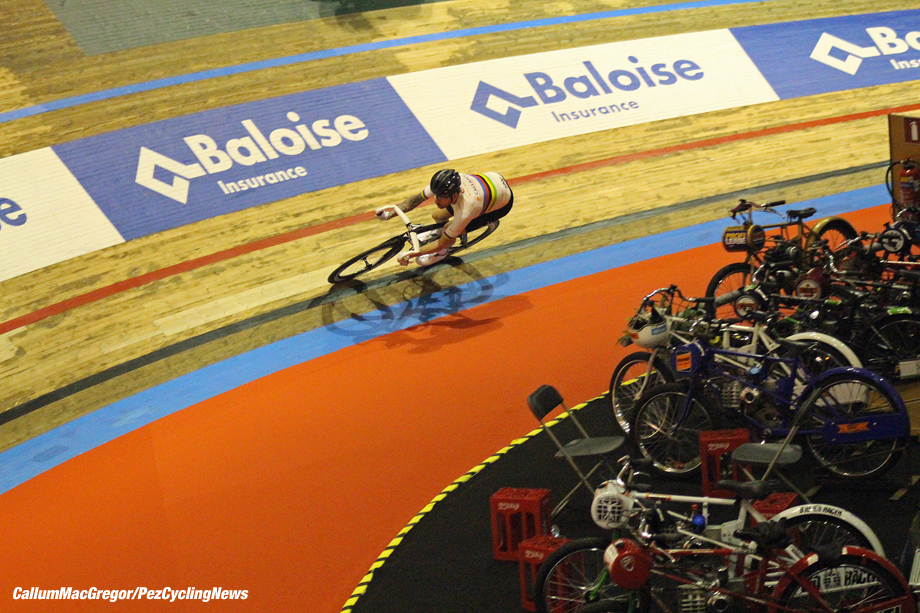 Wiggins on the attack 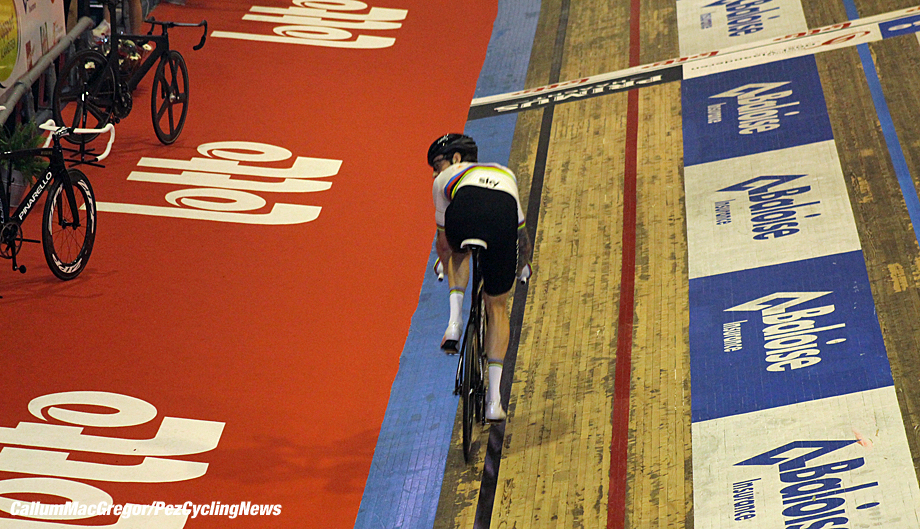 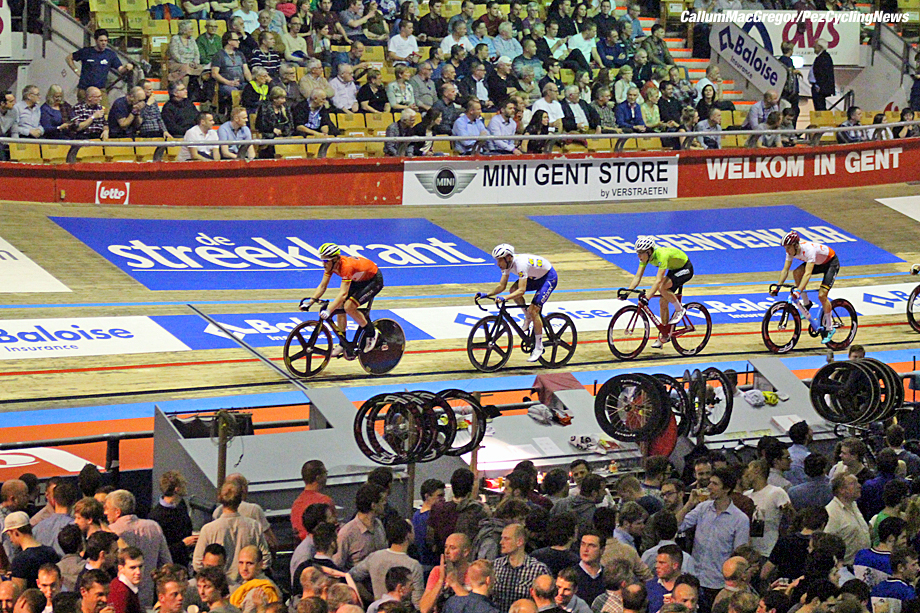 The hammer has gone down behind 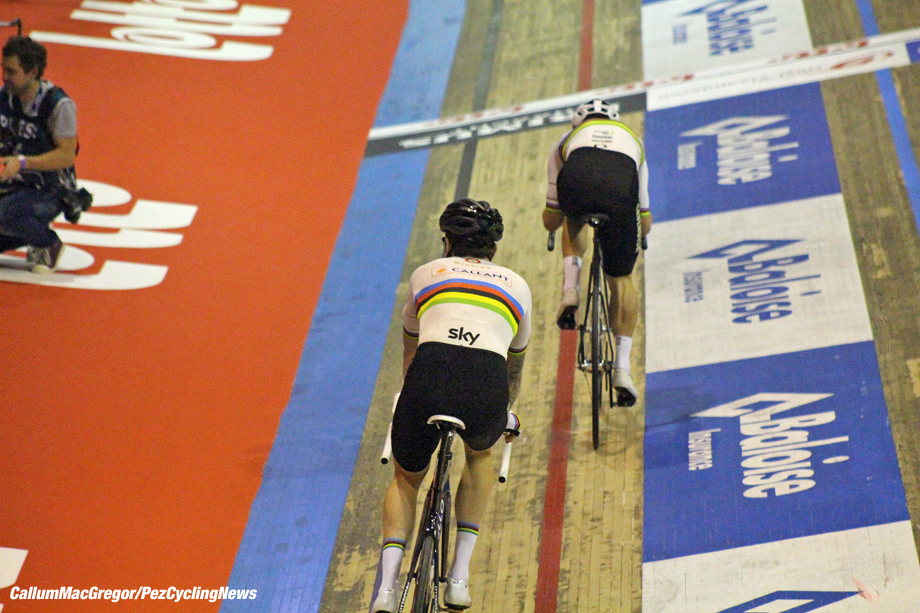 Wiggins throws Cavendish into the fray 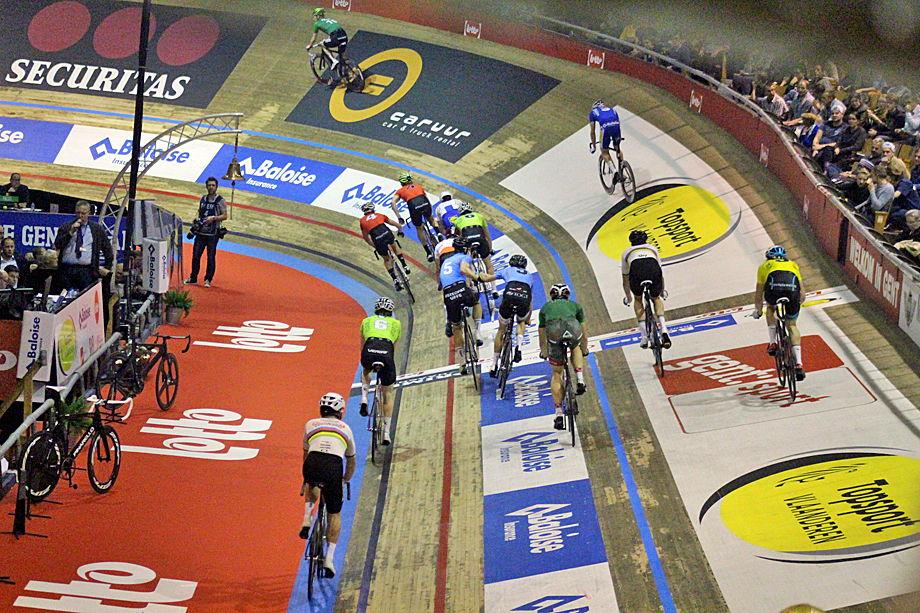 …and Wiggins take a lap

Maybe local hero and style icon Iljo Keisse and Olympic Omnium champion Elia Viviani will have something to say about the outcome. 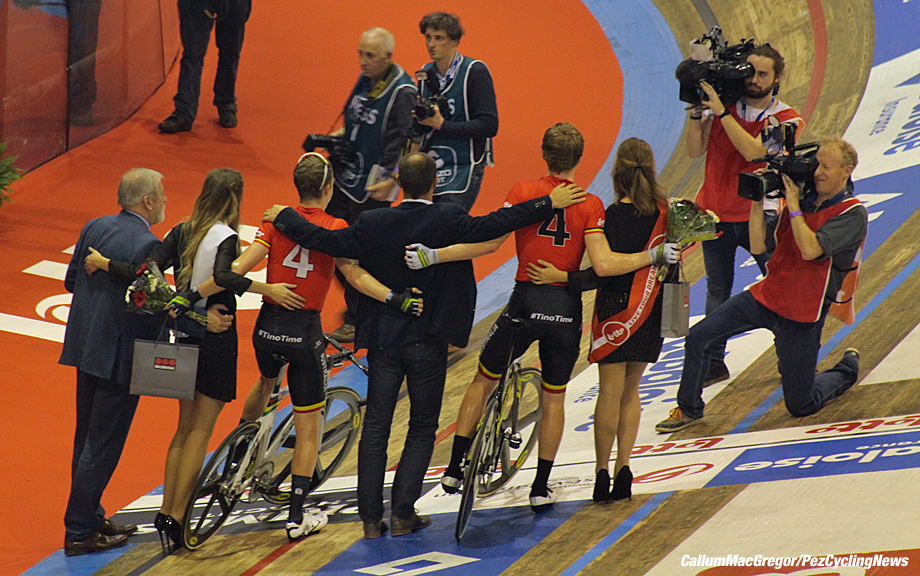 The podium battle will almost certainly include Cameron Mayer, flying after one of the shortest retirements ever. His performance in the points race at the recent world cup in Glasgow was super impressive. His partner Callum Scotson is clearly enjoying the occasion and is up for the battle of the last three days. 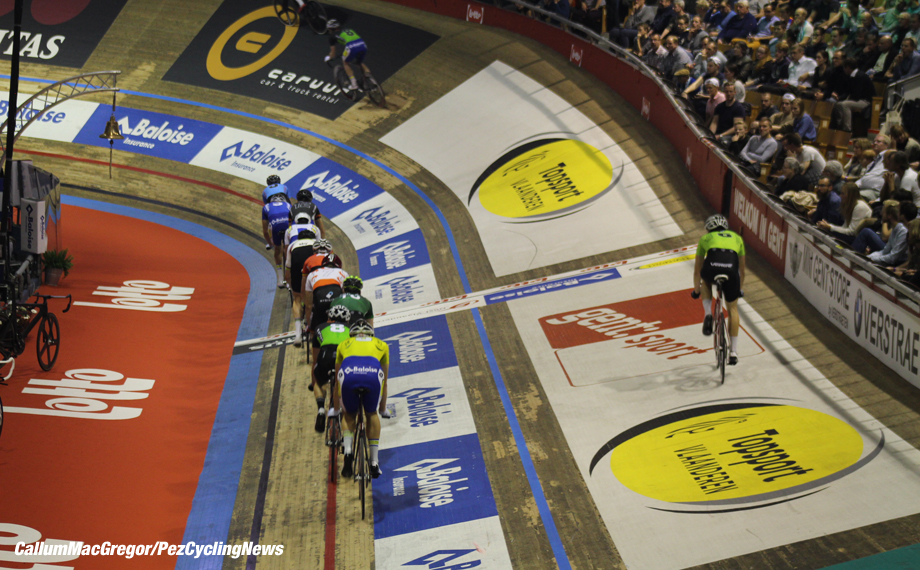 All together for the second Madison of the night

First we have to hook up with Fraser and Grant Martin’s father Stewart. We’re hoping the proud father as he must be, doesn’t turn up wearing a Raleigh GAC top, and thankfully no Raleigh colours on show! Grant is riding the under 23 Six, won last year in emphatic fashion by Mark Stewart and Germain Burton (where you at Germain?). This year for Mark, in with the big boys, Ghent is proving slightly more difficult, twenty-five laps down and as Dave says, its not a lot of distance but it’s not coming back. 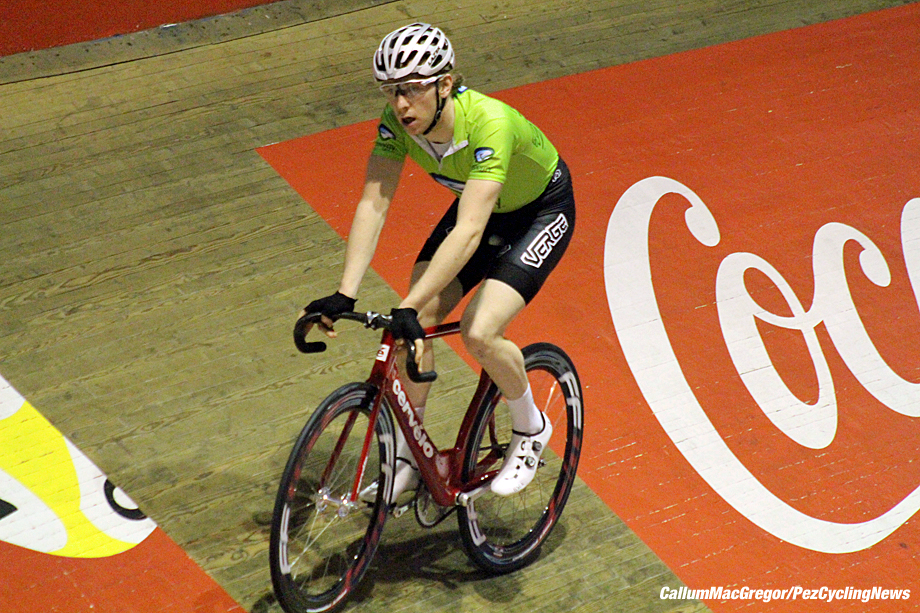 Mark Stewart finding a bit tougher than with the U23s

Grant and Andy are also slowly finding their feet. Not at the sharp end of the race but learning and gaining experience that will never be lost. We hope to catch up with them tomorrow.

We arrive at the track having picked up our tickets from Ghent resident Ian Whitehead who tells us all six nights have been sold out. A first, and more evidence of the pulling power of Cav and Wiggins. 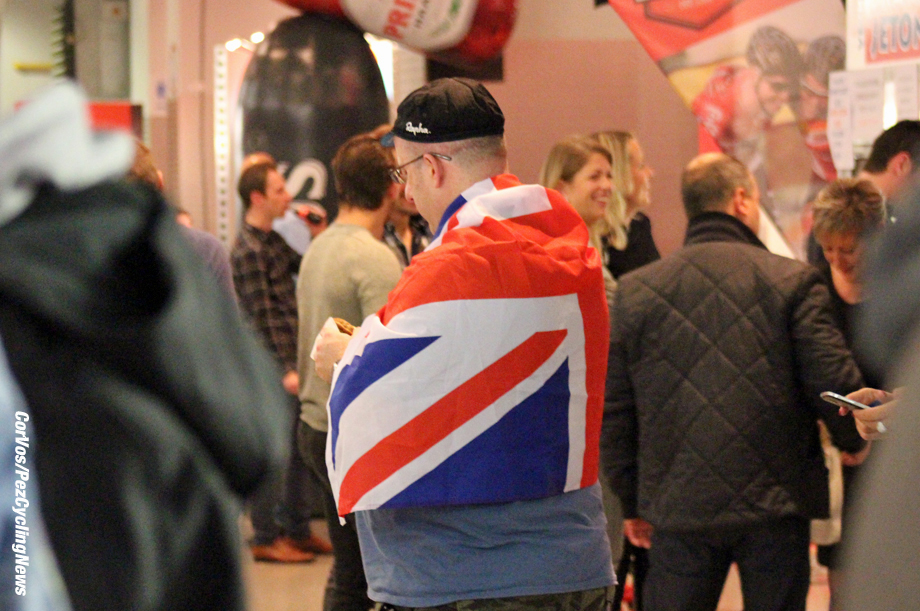 The pulling power of Cav and Wiggins 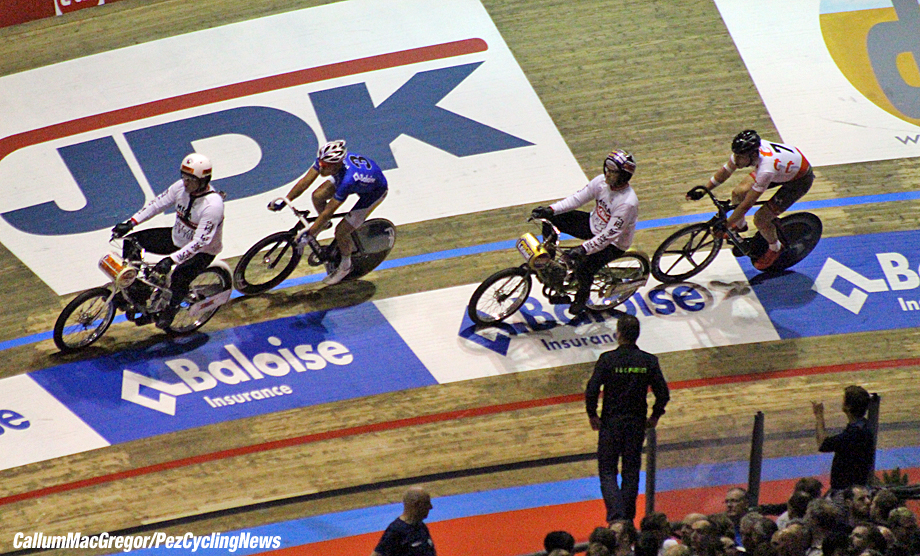 The Dernys – always action with the motors

The first action we catch is the motor paced, it’s fast, but only the heats. The night goes by in a flash and with the final 30 minute chase being taken by Meyer and Scotson we head out into the night impressed with the racing. The travelling fans are happy Wiggo and Cav are a lap up but you just know this will come down to the wire on Sunday afternoon. Its one in the morning; Dave and I are hoping for a beer and some food before calling it a night. 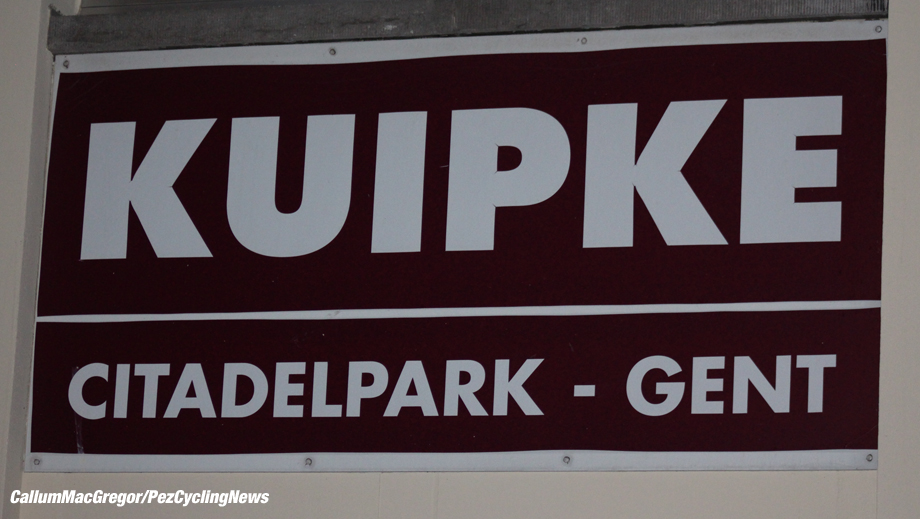 Day 4 over, but more to come from t’Kuipke