Retro Talk: With the 2019 Tour de France about to launch itself down the start ramp in Brussels, Ed Hood looks back at the French Grand Tour of 2007 and his chat with a young Welshman in his first three week race – Geraint Thomas. Whatever became of that young lad from the valleys? 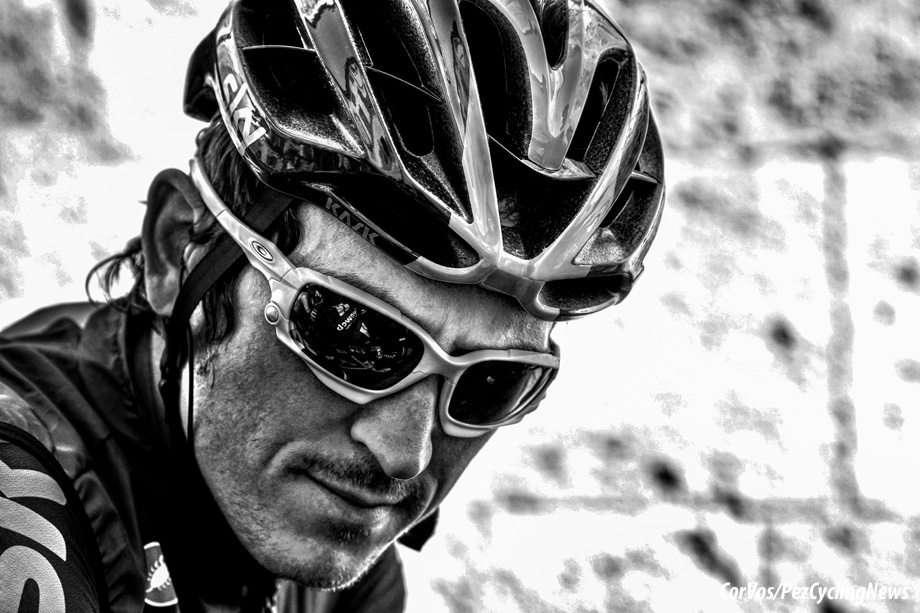 On Saturday July 6th, 33 year-old Welshman Geraint Thomas will line up to defend his Tour de France title. On his way to that title he’s won national, European, World and Olympic titles on the track as well as national and Commonwealth titles on the road, not to mention a classic win in the GP E3, Paris-Nice, Tirreno-Adriatico and the Dauphine.

He’s been interviewed countless times by the press, radio and TV as well as (ghost) written two books. But let’s go back a dozen years to when a fast young track rider had been thrown into the lion’s den that is the Tour de France. PEZ men Ed hood and Martin Williamson caught up with him in a very basic and very warm motel in Southern France. There was no media crush to battle through, just a chat with street wise Barloworld manager to set the meeting up. 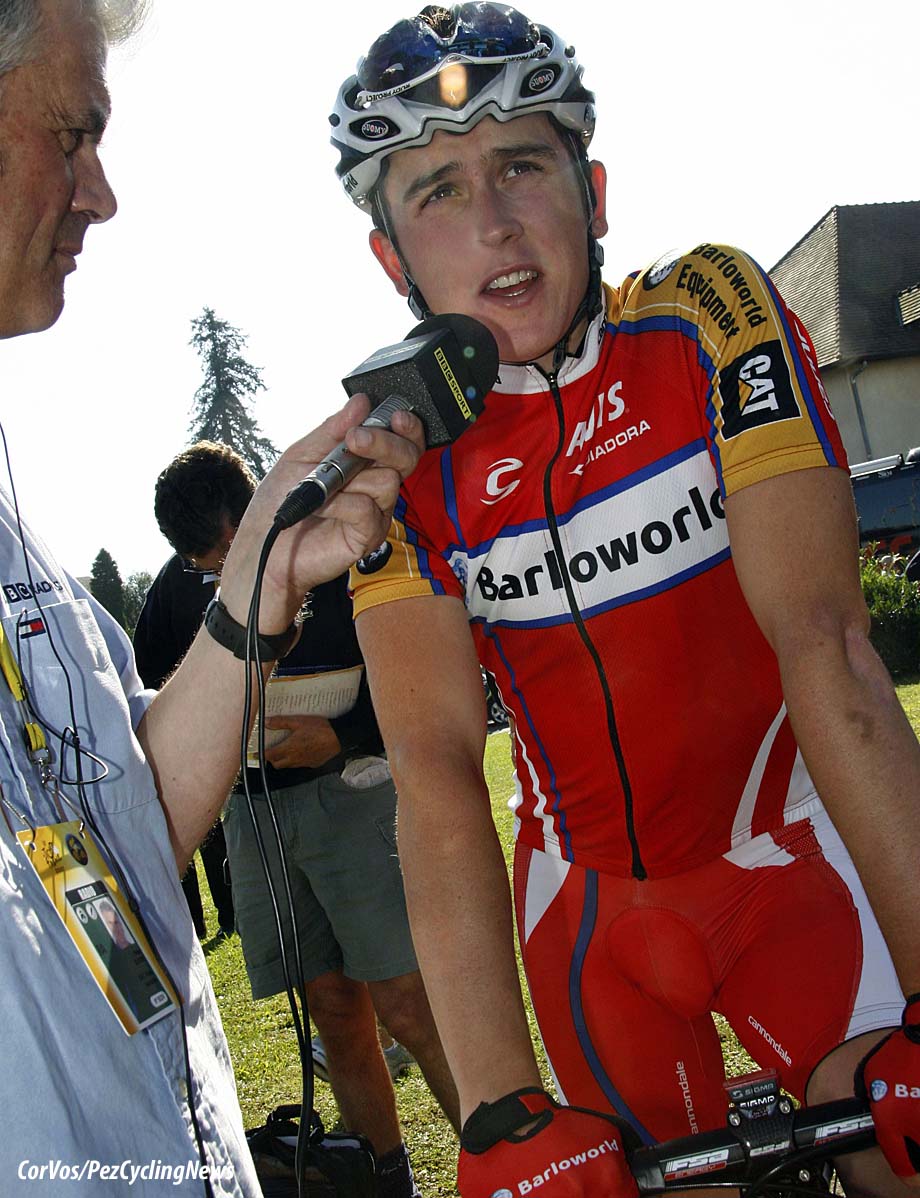 Here’s what they – and Geraint – had to say all those years ago:

It’s only three years since Geraint Thomas (Barloworld and Wales) won the world junior track scratch race championships; now at 21, he’s swapped smooth boards for the gnarly tar of the Pyrenees. Geraint, from Cardiff, capital of Wales is the youngest rider in the race at just 21 years-of-age, we caught-up with him after stage 17, Pau to Castelsarrasin with the Alps and Pyrenees behind him. 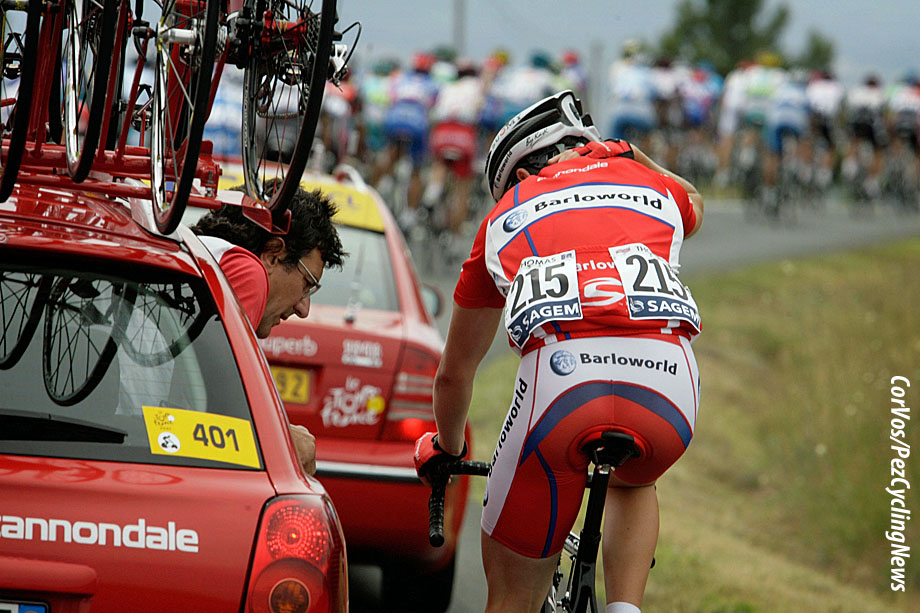 PEZ: The hard ones first, how do we pronounce your name?
Geraint Thomas: It’s with a hard ‘G’ – ‘Ger-ant.’

PEZ: Tell us about how you got into the sport.
I joined a local track cycling club when I was twelve, just for fun, I did other sports, but the bike was good because we used to travel around Britain to track meetings, it was all a good laugh. From there I progressed to the British junior track squad and won the junior worlds scratch champs in 2004. I went on to the British World Class Performance Plan and was in the squad which took silver in the world team pursuit championships in 2006, and this year of course, we won it the [the rest of the gold medal team were Paul Manning, the perennial Ed Clancy and a certain Bradley Wiggins. ed.]. 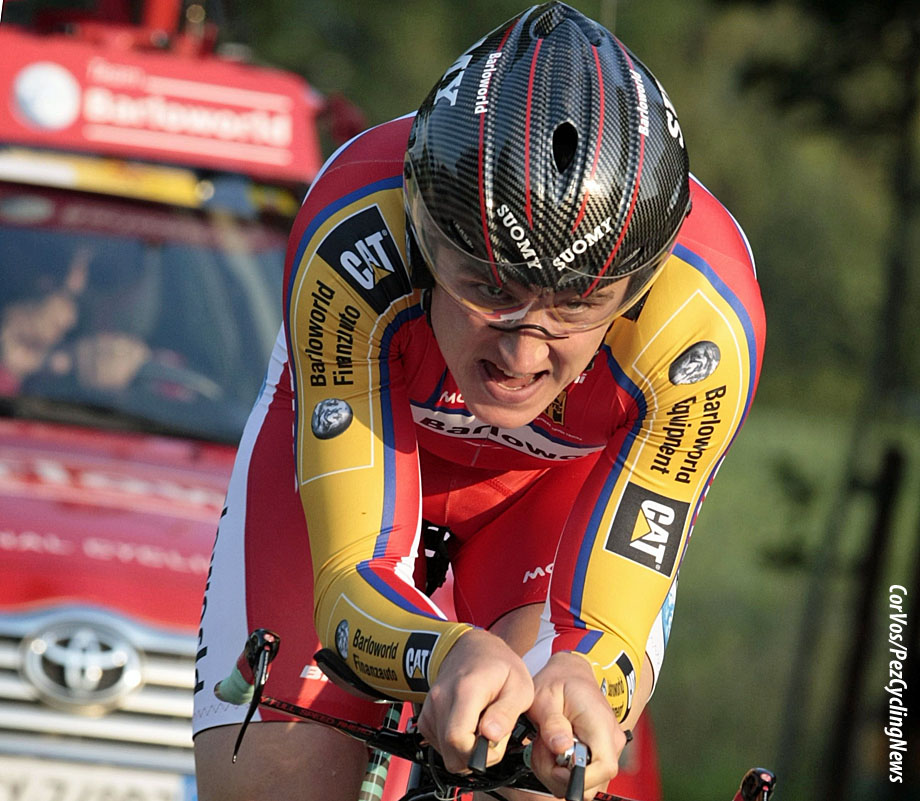 Pez: You’ve been a stagier (apprentice pro) with teams twice before, haven’t you?
I was with Wiesenhof in 2005, but there was no suggestion of riding with the team the next year, it was just to gain experience of pro racing and of living on my own. Then I was a stagier with Saunier Duval last year, they put me into this race, I think it was the Tour of the Basque country [it was probably the Vuelta a Burgos, ed] – Mayo won it, so it wasn’t flat! I had come from the track, I hadn’t ridden the road for six or seven weeks and I was a little over-weight, so I didn’t do anything with Saunier.

PEZ: What’s it like changing between road and track?
Going from the road to the track isn’t so bad, you just have to find the leg speed, but going from the track to the road is tough. 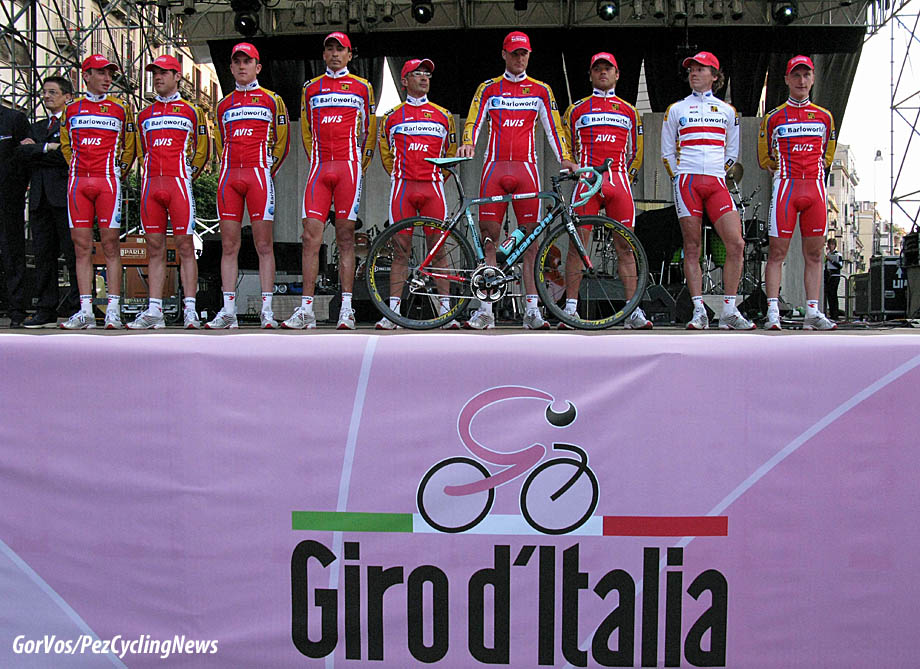 PEZ: How did the Barloworld connection come, and what is the team like?
It was Rod Ellingworth from British Cycling who set the deal up. The team is great, it’s very cosmopolitan, the team language is Italian and I’m probably the worst at speaking it. But I room with Robbie Hunter (winner of stage 11 and the first South African ever to win a Tour stage, ed.) and he’s slowly teaching me. 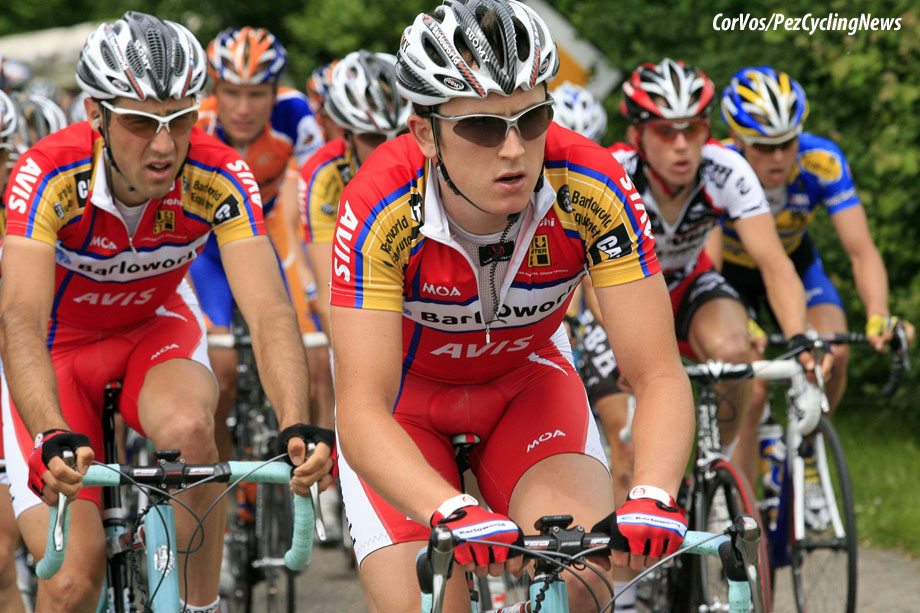 PEZ: Morale must be good, two stage wins and the king of the mountains tied-up, Soler can’t be caught now, can he?
No, he’s won it, he’s a nice guy actually, his main language is Spanish, but he speaks Italian too, he’s only 24, but people always say he looks about 40. I do as much work as I can for him on the run-in to the climbs, keep him out of the wind, get him bottles; but there’s not much any of us can do to help him once we’re on the big climbs. Robbie has been going really well this year too, so for him to get the stage win was great. 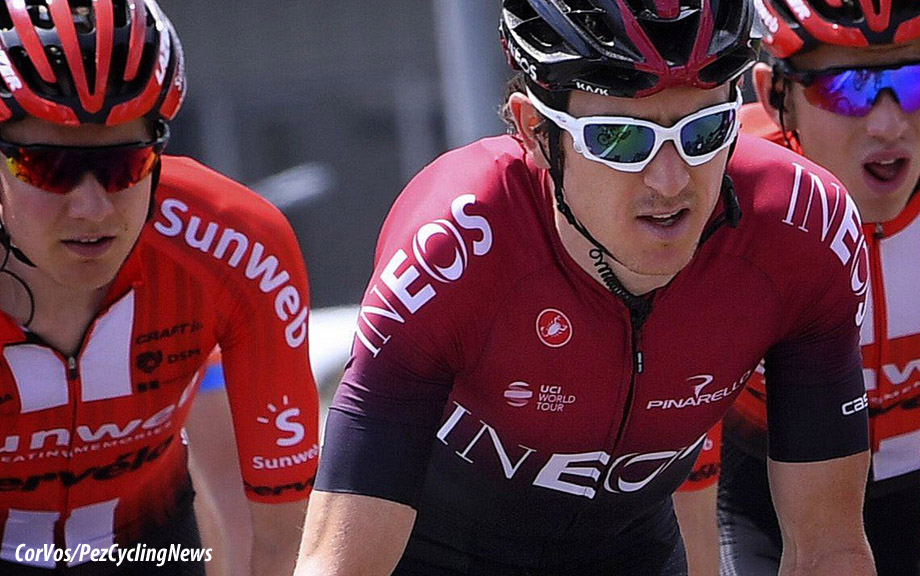 PEZ: What were your goals for 2007?
The worlds team pursuit, and we achieved that and to learn and get stuck-in as a pro. I also fancied a serious crack at the British road race title, but it was cancelled due to flooding, they’ve set another date for it, but it’s the weekend after the Tour finishes, so I don’t think I’ll ride, I’ll be too tired after this. 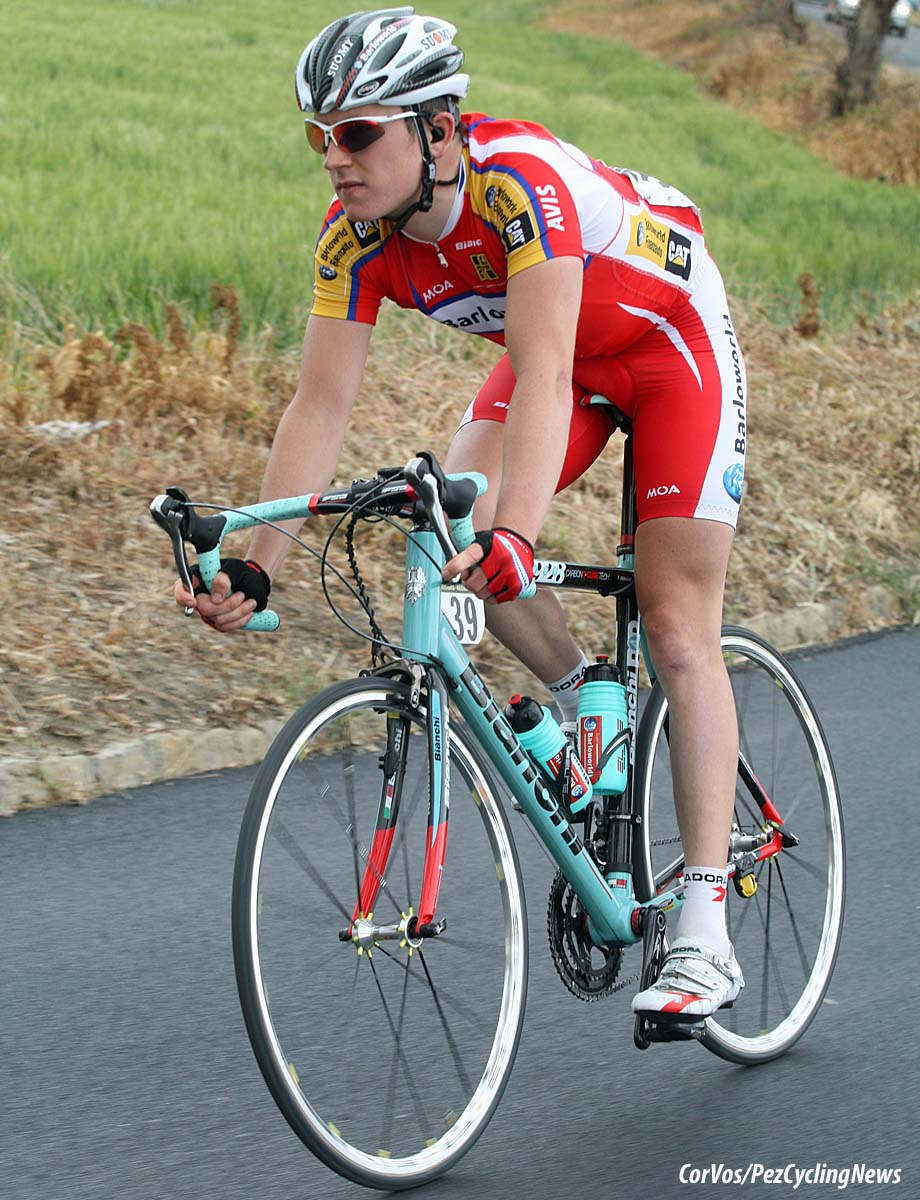 PEZ: Tell us about the Tour.
It’s been really hard, but I’ve loved it, I didn’t expect to get this far and it’s great to be here, learning. Stage eight was a real stinker, I got dropped really early and rode a hundred kilometres in my own, and somehow I got back onto the grupetto for the last col. I thought it was all over, but I never thought about giving-up, I don’t know how I kept going, but I did. 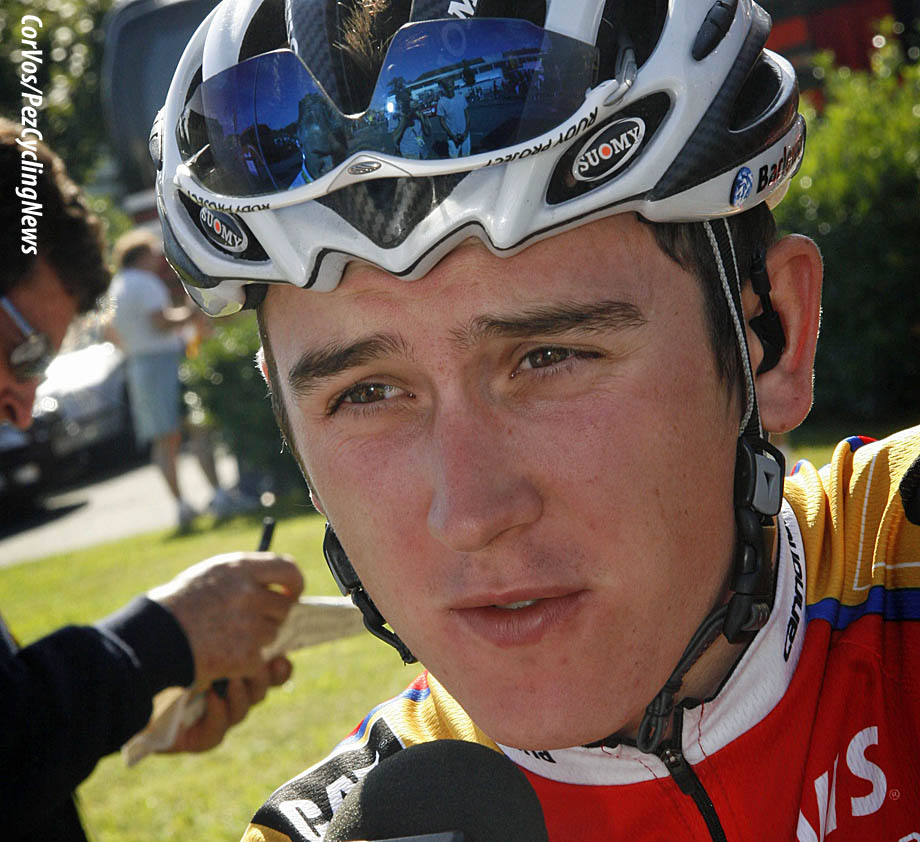 PEZ: What about next year?
The big goal is the team pursuit at the Olympics; It’s already agreed with the team that I can have the time to prepare – maybe four to six weeks. Claudio (his team manager, Claudio Corti runner-up to Claude Criquielion in the 1984 world pro road race in Barcelona, ed) has big plans for next year, so we’ll see how it goes. 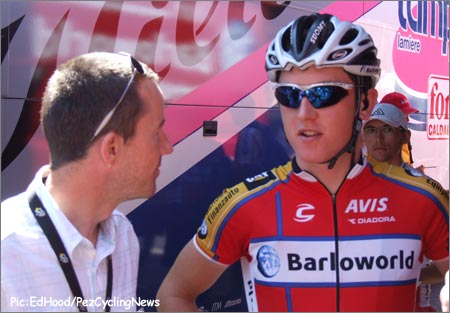 From junior world champion to Tour rider, in three years; where will Geraint Thomas be in another year’s time? Within that year he was Olympic champion – but it took another decade before he netted the sport’s biggest catch. 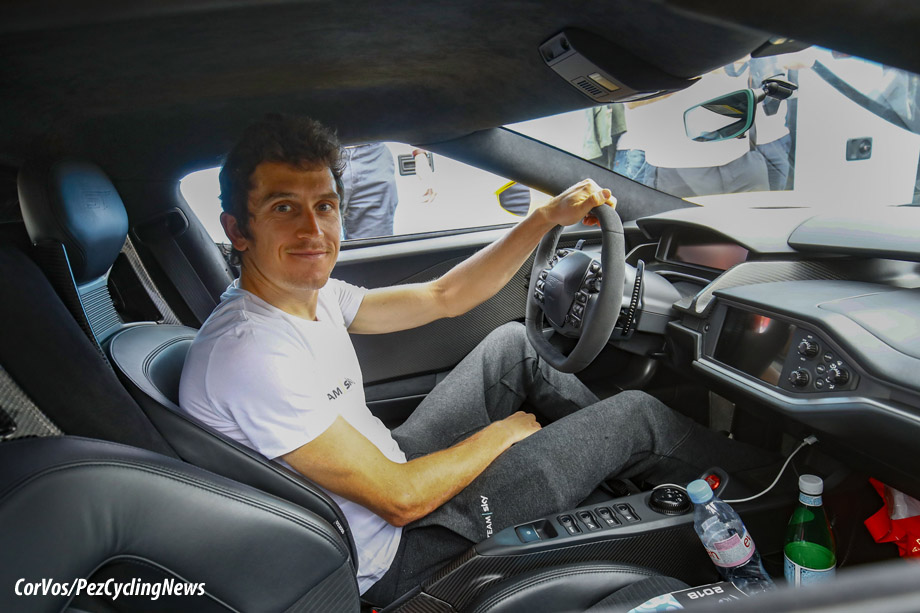 Can he defend his title? 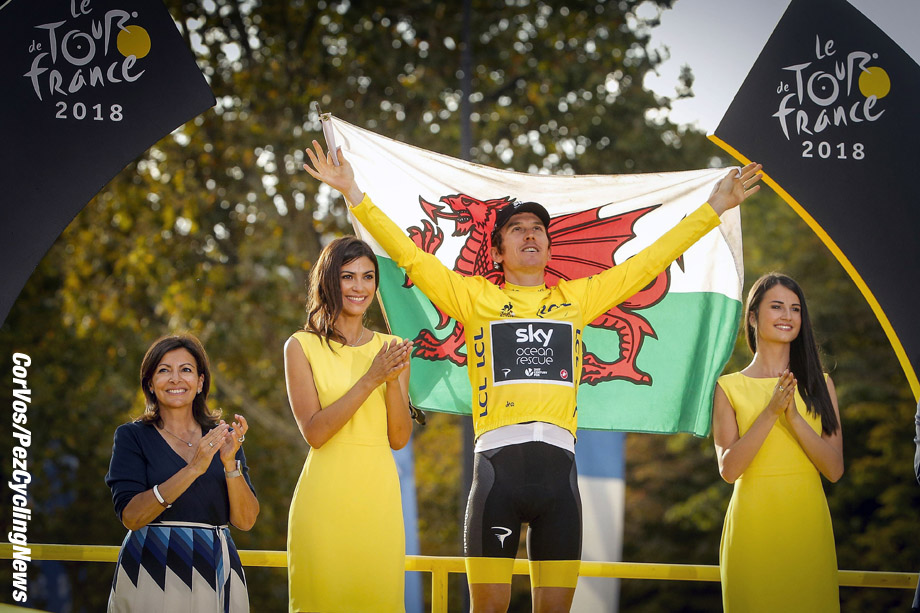 The PEZ Tour de France preview will be along shortly. . . 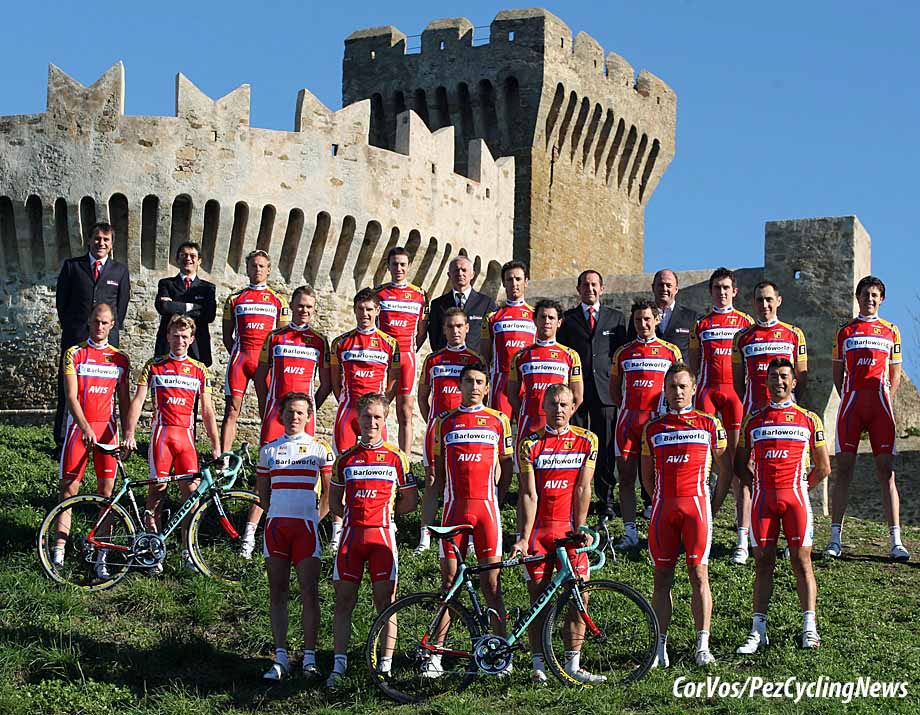