The Final Push to Milan: Like all good parties they nave to come to an end and the 2017 Giro d’Italia fun comes to its climax with a 29.3 kilometer time trial from Monza to Milano. Peter Easton of VeloClassic Tours looks at the ‘Italian Grand Tour Big Bang’ finalé weekend and its Milan backdrop.

If Greg LeMond had not turned the Tour de France and the cycling world as a whole on its head on July 23, 1989 with his eight second overall victory, the final day’s stage of every ensuing grand tour would probably have little or no promise of being nothing more than a parade. And even though that’s what has become of the Tour de France anyway, with its Champs Elysee circus, there is always the hope that the final GC just may be decided over the course of a final 30 minutes. For a race to come down to the final ticks of a clock, some 300+ hours and 3500+ kilometers is the ideal way to keep cycling fans interested until the final gun has gone off and the final rider has crossed the finish line. And maybe this year – with Tom Dumoulin in the hunt for every advantage he can get – it’s exactly what we’ll be treated to. And with Milan as the backdrop, I don’t think the 100th Giro d’Italia could finish off with a bigger bang; unless of course it is an Italian who wins. 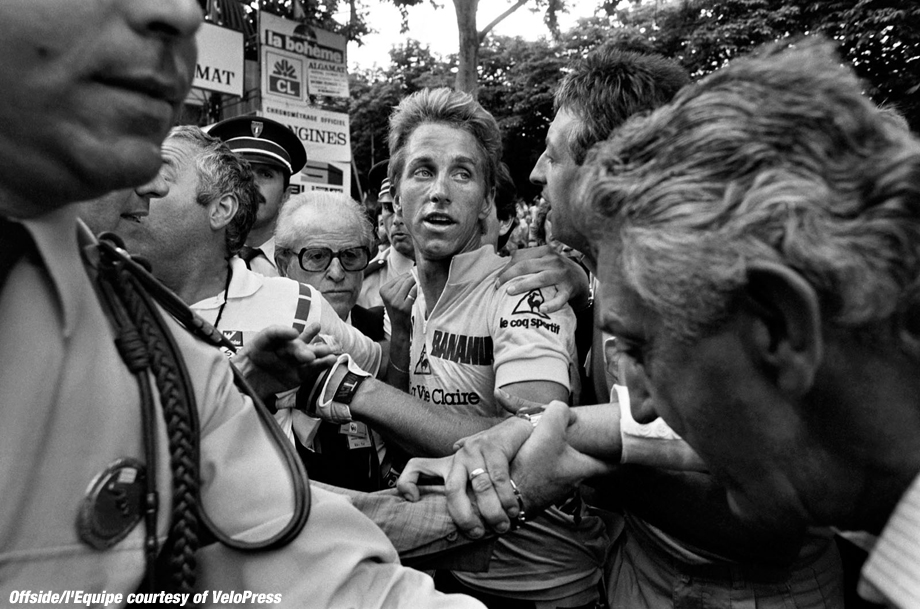 Prior to LeMond pickpocketing Laurent Fignon for his second of three Tour de France victories, and denying Fignon his third – no grand tour had ever been so close and none had ever been decided over the course of the last few kilometers. The end of the 2003 Vuelta a España saw Spanish rider Isidro Nozal Implode and lose the overall to Roberto Heras during the penultimate stage time trial, an 11.2-kilometer hill climb to Alto de Abantos. 2009 Giro winner Denis Menchov almost lost his grip on his overall victory on the last day when he crashed on a wet course on a 14.4-kilometer time trial in Rome. Thanks to a flawless bike change from his mechanic that looked more like he was delivering a cup of tea it was so perfect, Menchov held on for his 41 second victory over Danilo DiLuca, whose result would eventually be disqualified for doping. The closest the Tour de France has come was in 2011 when Australian Cadel Evans pummeled Andy Schleck in the next to last day time trial in Grenoble, gaining two and a half minutes on the then leader and placing second in the stage to Tony Martin. 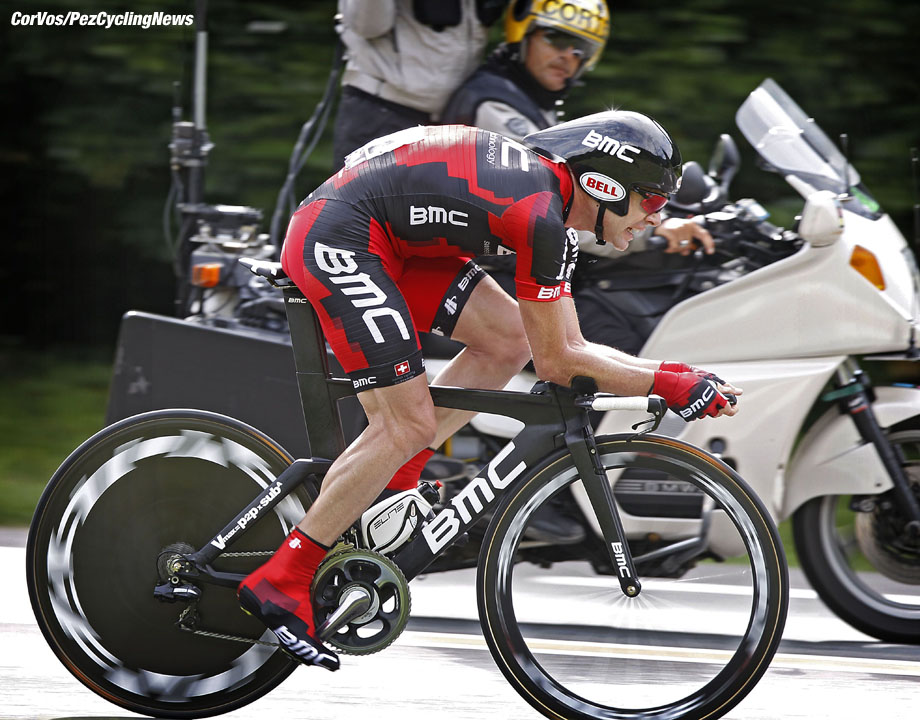 Cadel Evans storming ride in the 2011 TT in Grenoble 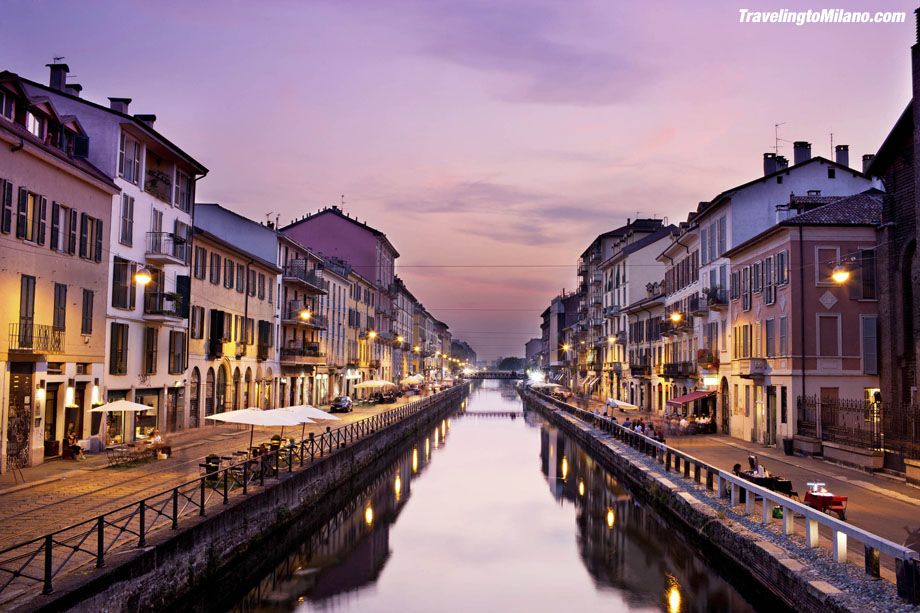 The backdrop of a gloriously elaborate city, emboldened with the riches of history

But perhaps what is more memorable than the actual final stage in recent years is the city where it takes place. The drama of a final stage showdown set against the backdrop of a gloriously elaborate city, with gothic church spires and emboldened with the riches of history that decorate buildings, streets and its culture is a sporting drama that stadium sports cannot capture. Combine it with the high style of living the Italians are known for, and what could beat sipping some sweet vermouth on ice as racer after racer zips by, the carefree nature of a Sunday interrupted every two minutes or so. The reality is far different, at least the viewing part, and that adds to the drama, the anticipation and the intensity of what a grand tour finale should be. Save the parade for the post tour criteriums, there is and can be potentially a lot at stake over the course of a few kilometers, and isn’t that how every great battle should end? 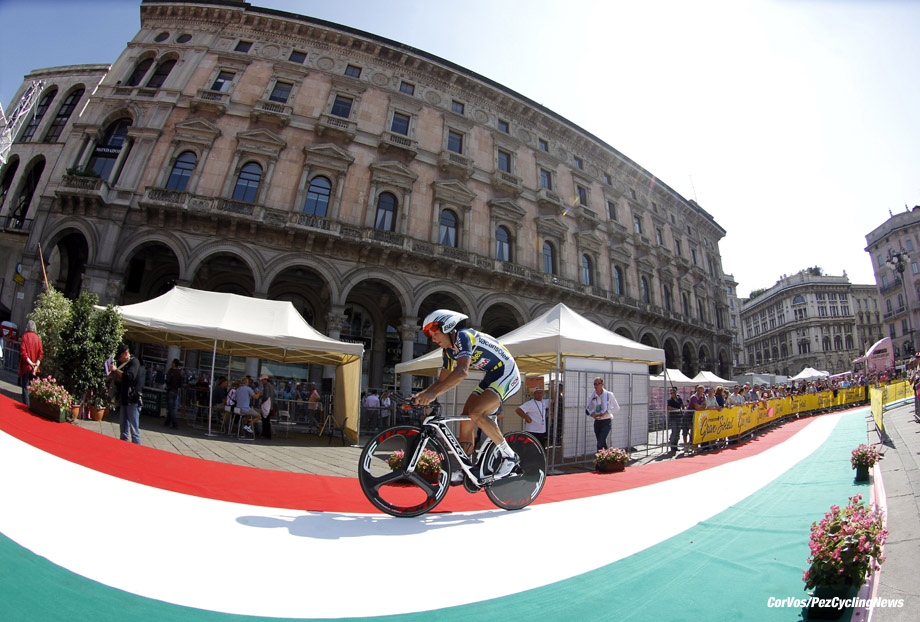 The 2011 Giro finished with a time trial in Milan

This is not to say the riders don’t deserve a parade of sorts to celebrate finishing three weeks of often grueling racing. While TV and internet coverage can often showcase some of the more enlightening and dramatic moments, the dark time in between can challenge a man’s mind as his body argues for a cease fire, an end to the daily ritual of mind numbing hotels, grab happy fans, journalists and microphones, photographers and cameras, kilometer after kilometer. But, on the flip side, this is what they signed up for, and if you do not have the fortitude to finish, then your body and mind will tell you so. 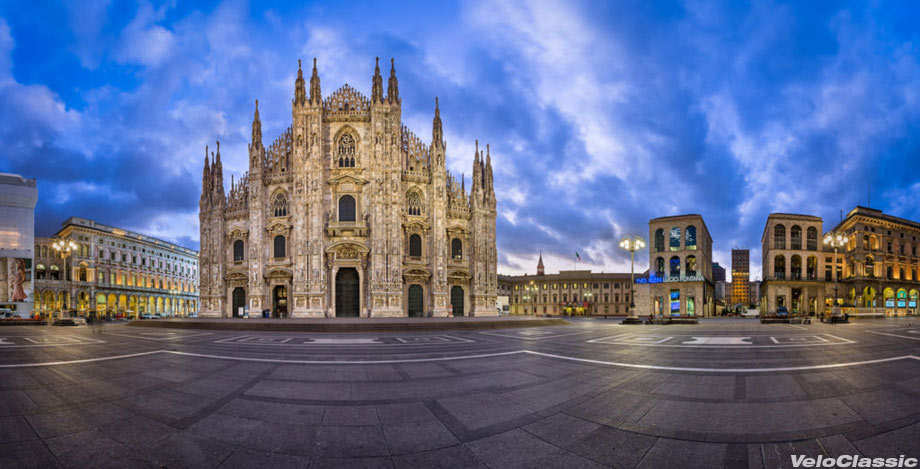 Milan is the unofficial capital of Italy. It represents the fortitude of the Italians, led by the Lombards, to crawl out of fascist oppression and celebrate post war industrialization, becoming leaders in the finance, fashion, art and entertainment industries, as well as indulging in a lifestyle that is envied. The proximity to the Dolomites, where every Giro seems to trace its final week, makes it an easy finishing spot with no cross-country transfers like the Tour and Vuelta. And the grandiose stage set it presents under the shadows of the great city represents the history that helped carve out the nation we know. The city itself boasts the largest economy among European capital cities and is the second richest city in Europe behind only Paris. That alone as criteria to host the finale of a Grand Tour seems to be enough. 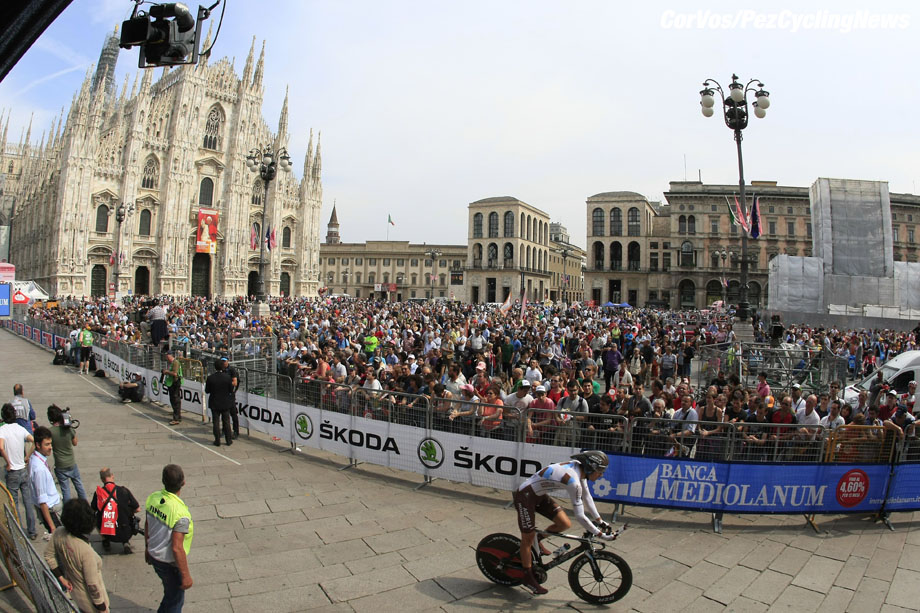 Among the riches of the city, but far removed from the glitz and glamour, the Quartiere Ticinese, is one of the city’s most significant neighborhoods outside of the main tourist center. In the southwest part of the city inside the Porta Ticinese the Quartiere provides a dose of escape from the riches of the city and instead offers a gritty charm, with restaurants, bars and shops that bring to life the classic old school Italian life without the stage set feel so many cities now present to tourists. Chef Matteo Monti probably best represents this attitude as Chef at the restaurant Rebelot le Pont. While French in name (in reference to the nearby bridge that was built during the Napoleonic era) Monti celebrates Italian life and style in a simple yet elegantly rustic space that provides all the warmth of old world Italy combined with the tastes of the modern Italian kitchen. Combined with an array of wines from piedmont and craft beer from Lombardy – the leading craft beer region in Italy – it’s easy to be seduced by the neighborhood tastes and aromas even if there is no bike race. 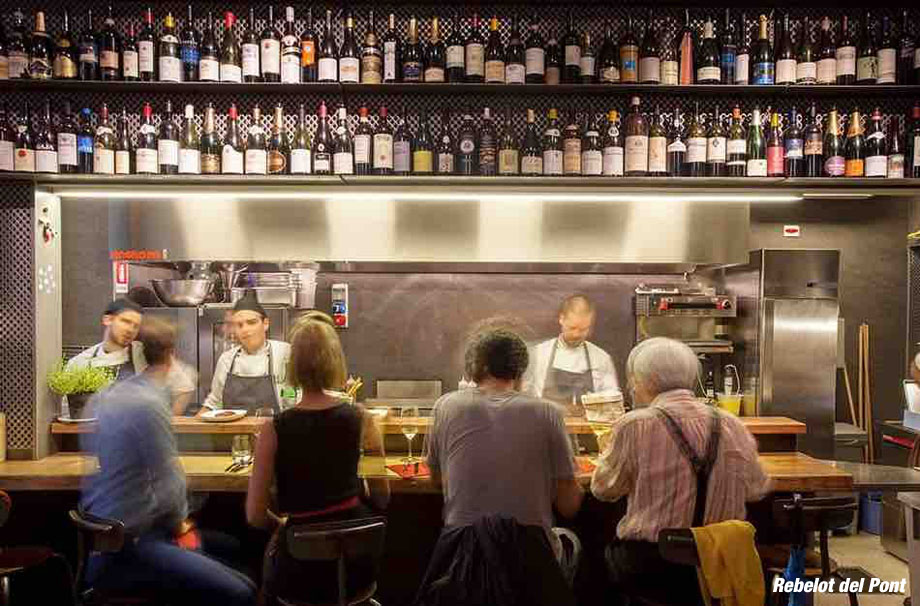 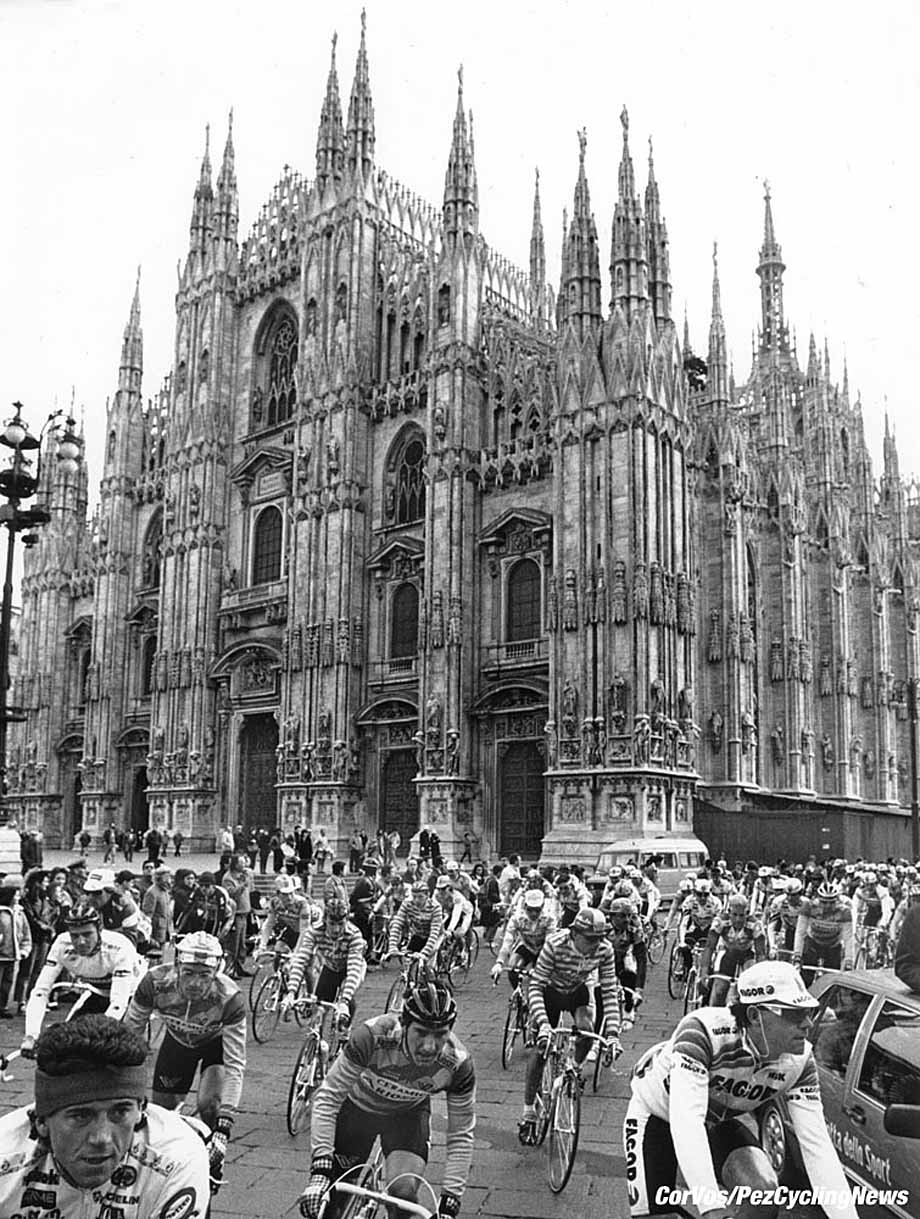 Food family and cycling define Italy, and the order changes daily (though no Italian would ever say that to his mother) when the Giro concludes Sunday in Milan and crowns the champion of its 100th edition, there will be joy, sorrow, happiness and sadness, love and heart break. And perhaps there’s no other way to describe life and cycling in Italy. Grandissimo Bella Italia! 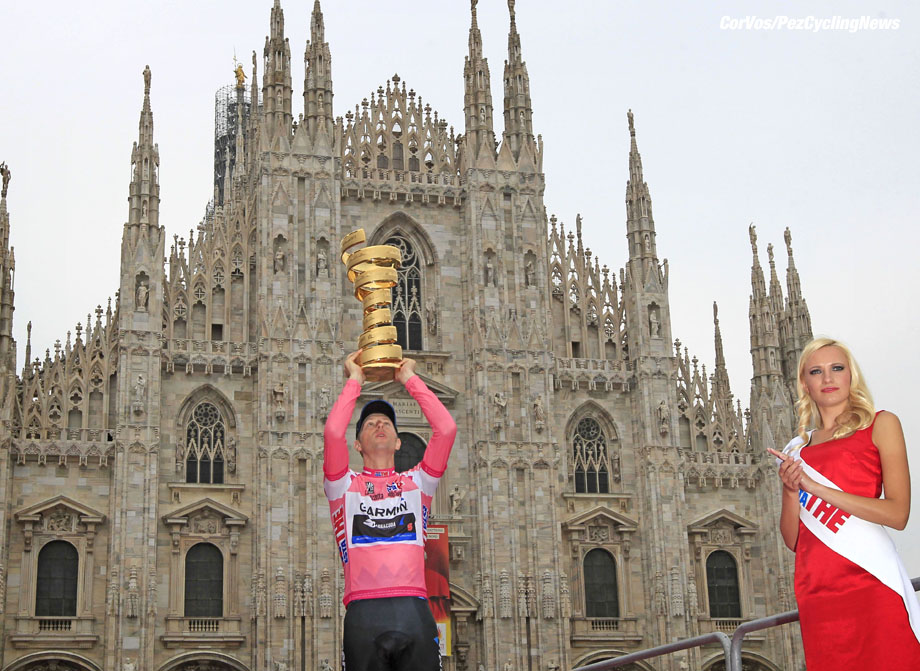