Roadside: Italian PEZ man Ale Federico has moved on from Il Lombardia to his favourite race; the Giro dell’Emilia in Bologna. It’s not just the racing that’s good, but also the food pulls Ale back year after year. He will be roadside on Saturday, but here is why he loves Emilia.

There are two reasons to chase the Giro dell’Emilia: to watch riders suffering on the iconic climb of the race, called San Luca, and the buffet party the organizers are offering every year on top of the San Luca, just before the race. 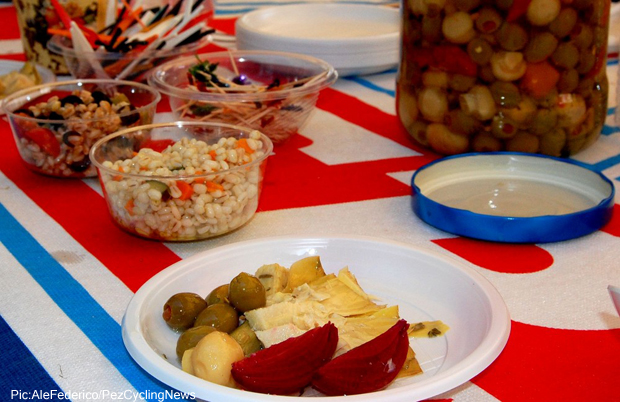 Good food on a bugget

The Giro dell’Emilia is not a monumental classic and during the last two years has suffered from a change in the calendar and of the concurrence of the Beijin Tour as well as Paris-Tours. However, in Italy, this is probably the third classic in terms of importance after Milano-Sanremo and Giro di Lombardia. Just have a look at the record books and you will find the big names. 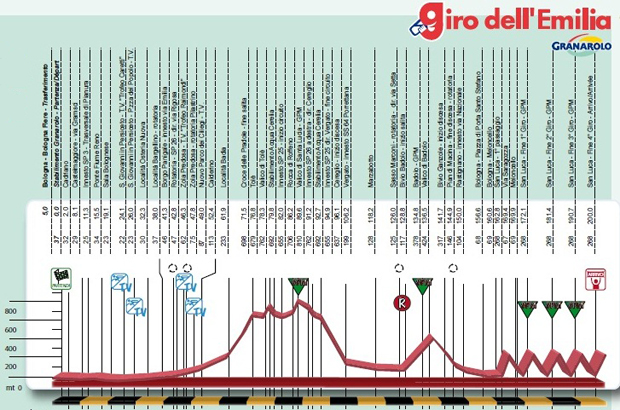 The locals watching the race are not all cycling experts, but are people living close to Via San Luca (this hard climb is in fact located in a Bologna suburb). They know the race and the past winners very well, and they respect them a lot. Every year you meet the same people, the same faces, and every year each of them take their place under one of the arches that are built on the side of the road. 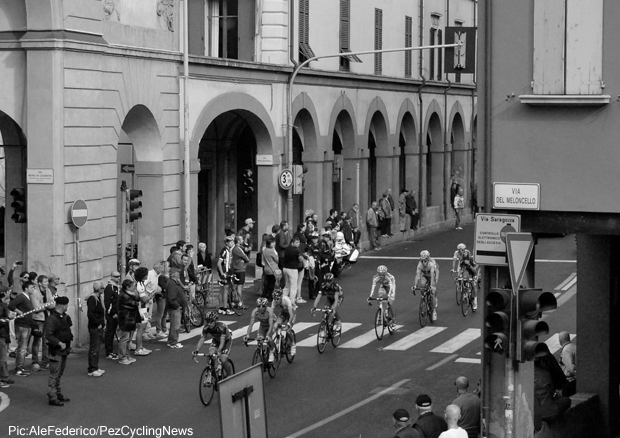 I like to call these people, the “San Luca people”. They are not cycling experts but they are very selective about winner names. Italians are always very well accepted, but if the winner is foreigner, he must be a big one. Two years ago, most of the San Luca people were upset by the name of the winner because they did not know him. A young Colombian, dark in skin, and with an Indian face: a certain Nairo Quintana… 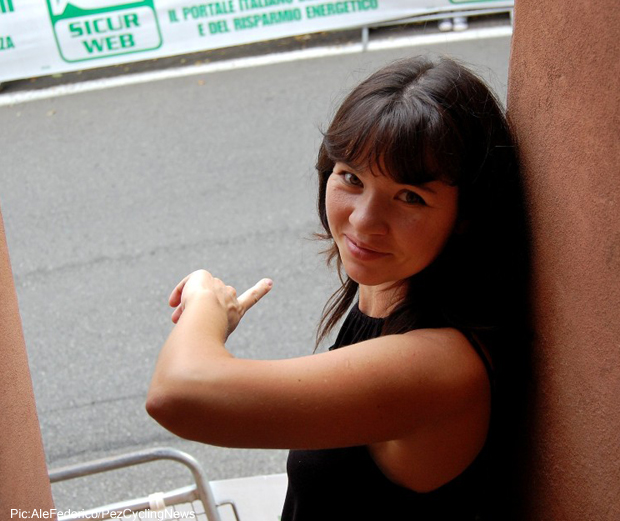 The best views are from the arches

Back to the reason I like this race, I have to tell you something more about the buffet. Fresh cuts of salami and various different delicious Italian specialties are ready on the tables, starting from 12 am in the garden beside the Dome of Madonna di San Luca, a church on the top of the hill which “protects” Bologna and has done for a thousand years. There’s a lot to learn about the history of this city and this hill, but to be short I will just say that there’s no Bologna without San Luca and no San Luca without Bologna. Don’t forget this is the region of the good food and especially of the salami. There are several kinds of them, with different names: prosciutto crudo and mortadella are the best of the best. A mortadella full size can weight un to 15kg but we eat it sliced and especially thin sliced is the best to fill bread. 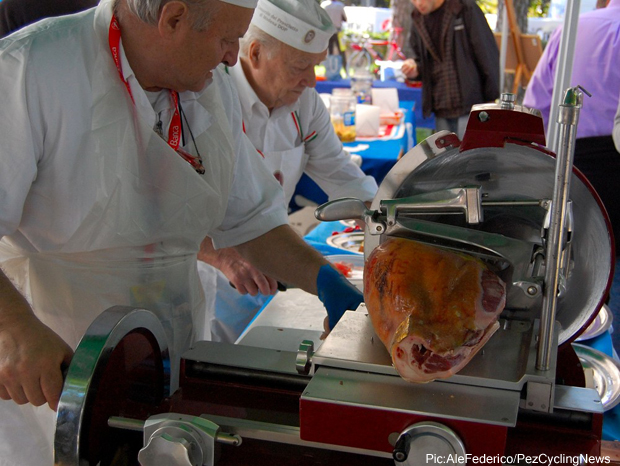 At the buffet, which is reserved for the press and officials, you can find pasta (usually bean pasta and some ragù tagliatelle) and cakes too. It’s a moment you like to spend talking with friends and with other journos (in fact, they are journalist, I’m not). By the time the party comes to an end the race is on it’s way back to Bologna, and I usually like to walk down at the beginning of the climb, in Via del Meloncello, to watch the first passage. 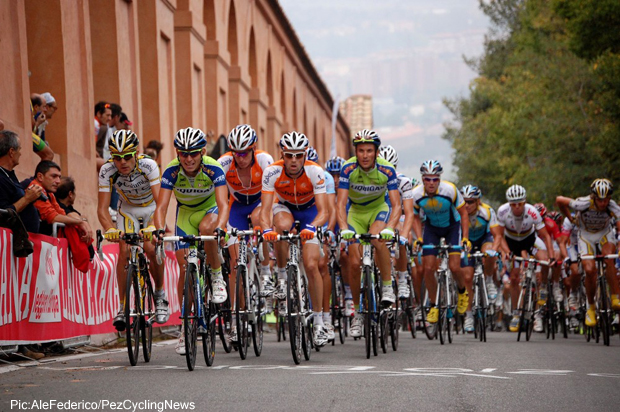 The first group have no problems 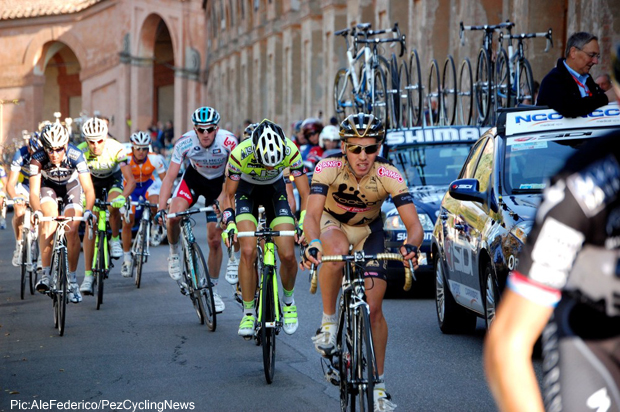 But there is a different story at the back

This year there will be a total of four passages on the San Luca. It’s a lot, believe me. The two kilometers of climbing are hard and the middle part has got 200 meters of pure suffering with a gradient well above 14%. At this spot the race is very interesting. 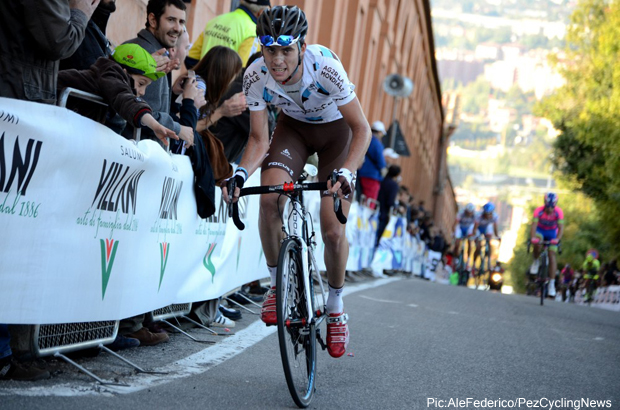 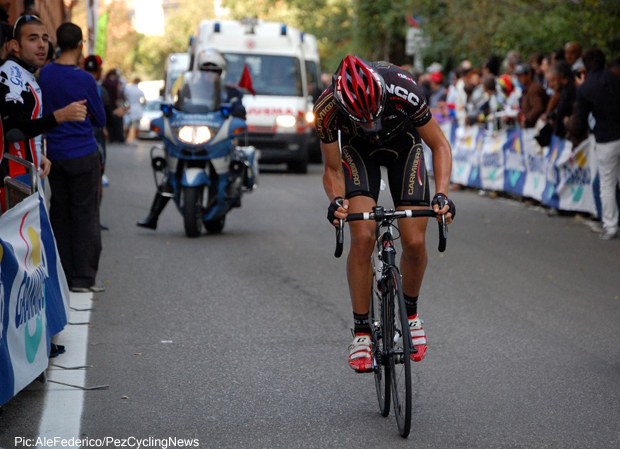 It’s a struggle at the steepest point for some

The riders in the first group are usually climbing well, but all the others are suffering like dogs. Some of them are not going to finish the race, but turn back to the team motorhome at the base of the climb. Until last year the San Luca was climbed five times: That was too many! 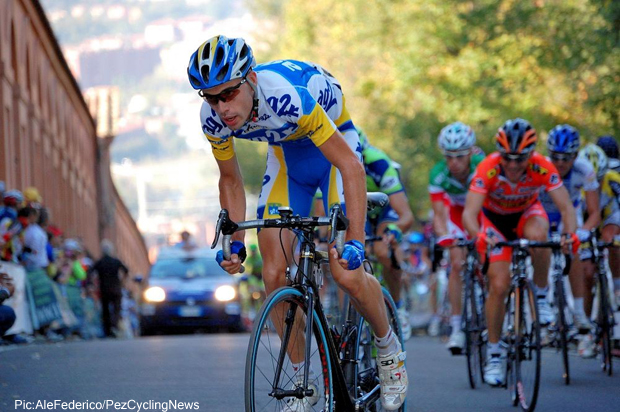 So, if you are not tired of cycling yet and you miss the good races a lot, the appointment is for next Saturday in Bologna, or catch the TV streaming on the web and don’t miss the PEZ roadside report of the day. As usual we will be there, enjoying, watching and reporting what others miss: What is really cool about pro cycling! 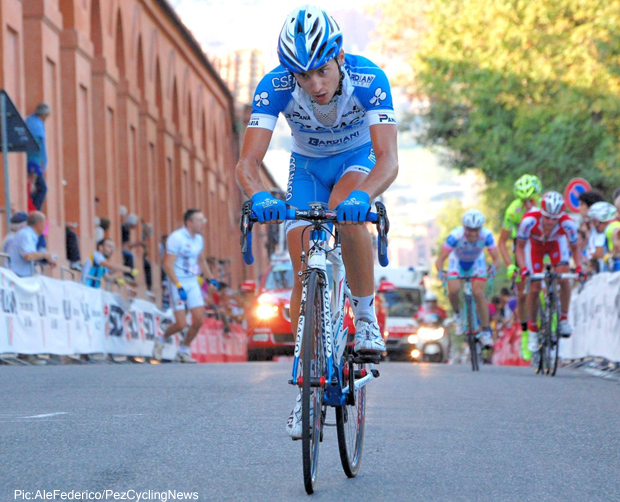