Giro di PEZ: Back From Italy!

The lovely Mrs. and I just returned from a 3 week jaunt around Italy (via London), which took us on our own PEZ-style Giro d’Italia: seeing the sites, breaking bread and wine with some of the Euro-based Pez Crew, visiting the Madonna di Ghisallo, and touring the Santini factory – and that was just week 1!

Man (nor PEZ) cannot live on cycling alone, so every few months it’s mandatory to break the routine, peek over your neighbor’s fence, and do something to remind yourself what life’s really about. I was lucky enough to get a much welcomed dose of “back to reality” in the form of 3 weeks in Italy with the real love of my life – Mrs. Pez – (cycling is actually a close second!) 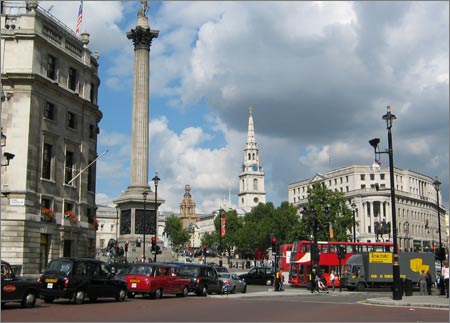 Time to get things started in old (and expensive) London-town.

Although Italy is my favorite country to cycle, bikes were not part of the trip. This was fine since my knees have been on doctor’s ordered r&r for the past few weeks. No worries though, as there was plenty of cool stuff to see, eat and drink… The first couple of days were spent in old London-town, a great city with a cool vibe, hip people, and of course those double-decker buses. 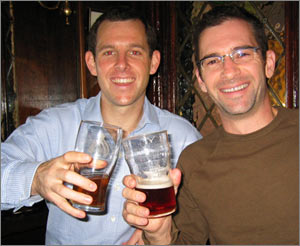 We arrived just before the start of the Tour of Britain, and hooked up with Tom Underhill who treated us a pint in the second oldest tavern in London. The thing about English beer is that it’s basically meant to be served warm (close to room temp) – which once you get used to – is true happiness in a glass.

The budget only allowed for a couple days in this insanely expensive city, so we were ready for stop number 2 on the tour – Milan Italy, and dinner with Dunc.

It can be said that if my passion is cycling, then Mrs. Pez’s is shopping. Some of you may laugh, but there’s a lot more who know what I’m talking about – and over the years I’ve marveled at her stamina and determination in searching out deals, bargains, and her skills at acquiring goods are impressive. And let’s face it – there’s no better place to step up one’s style that Italy – so after a full-on several hour shopping sprint, we met Dunc for dinner at 9:00 (a fashionably Italian dining hour). 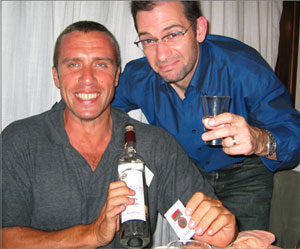 Dunc recommended the Trattoria Kappa Due just off Corsa Buenos Aires, which was named in honour of one of the regulars, who happened to climb K2 (that’s “kappa due” in Italian). In true Italian-style the food was amazing – simply cooked and inexpensive. I was in desperate need of a plate of risotto Milanese (made with saffron), and the local version of bistecca Fiorentina (a Fred Flintstone sized t-bone seared on the outside and red in the middle). 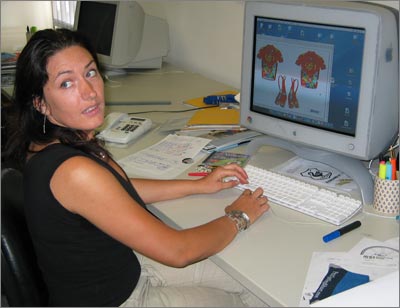 The next morning I was off to meet the good folks at Santini clothing. I got a tour of the whole production facility – all the gear is made at their factory 30 minutes from Milan – by a staff of about 40. If you’ve never seen how your fave kit is made, you’ll want to stay tuned for my full report – complete with never before seen action photos! 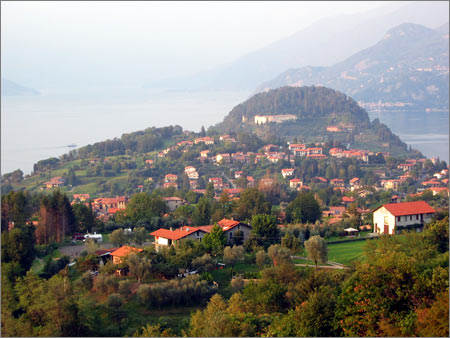 Then it was back onto the autostrada, punching the Renault to 150kph (just to keep up with the traffic), and off to a few days at Bellagio on Lake Como.

The lakes district of northern Italy is truly amazing. Butted up against the base of the Alps, great climbs, great roads, and the home of the Giro di Lombardia. We scored a hotel right on the climb to the Madonna di Ghisallo church, with views to both arms of the Lake. The climb itself is one of my all-time top 10 faves – it’s got it all – switchbacks, 15% pitches, huge views, and a 30km descent off the back. I’ll be back with a full report before the last World Cup in October. 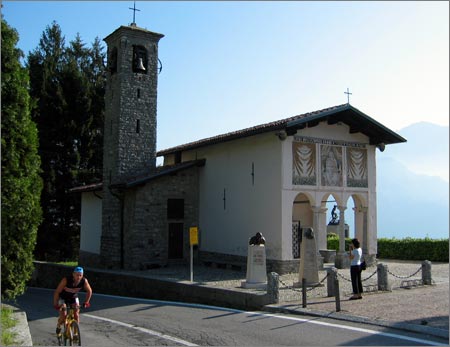 At the top of the climb is the Madonna di Ghisallo church – completely dedicated to cyclists. It’s a tiny building that’s packed to the rafters with cycling memorabilia – jerseys, bikes and photos spanning decades of cycling history. One of the most somber and impressive items on display is the late Fabio Casartelli’s broken bike (he lived in the region). 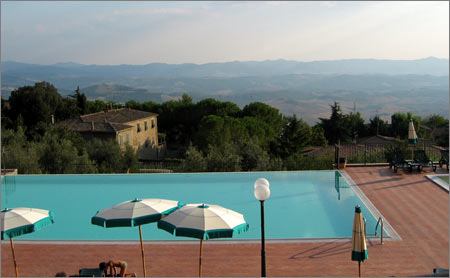 Nothing like a little view of the Tuscan hills to improve the taste of the local wine. This is what we saw from our room at the Park Hotel Le Fonti in Volterra.

Like I said, this was only the first week of our little Giro. From here we connected the big cities of Florence and Rome with stops in the countryside of Tuscany and Umbria. It was pretty much one postcard view after another, like the one from the Park Hotel le Fonti in Volterra. Peter Easton of Velo Classic Tours recommended this stop, and the views alone were worth a visit.

A great trip it was, but it’s good to be back in the box at PEZ – we’ve got some great stuff coming your way like our ride with Lance this next weekend as part of the Tour of Courage, and of course techno-wieners are already salivating as Interbike05 less than 3 weeks off… 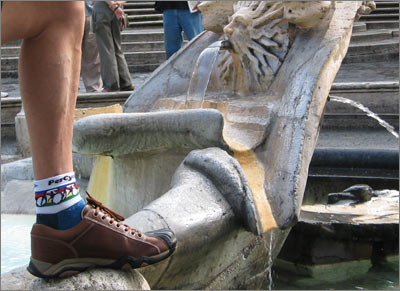 When in Rome… splash your socks at the Spanish Steps.