Giro Photog’s View: Ale Federico has moved on from the climb of the Blockhaus on Sunday to the race against the clock in the wine growing area of Umbria. Time trial racing, an Italian picnic lunch and a surprise encounter with Super-Mario all made for a full day on the Giro d’Italia stage 10. 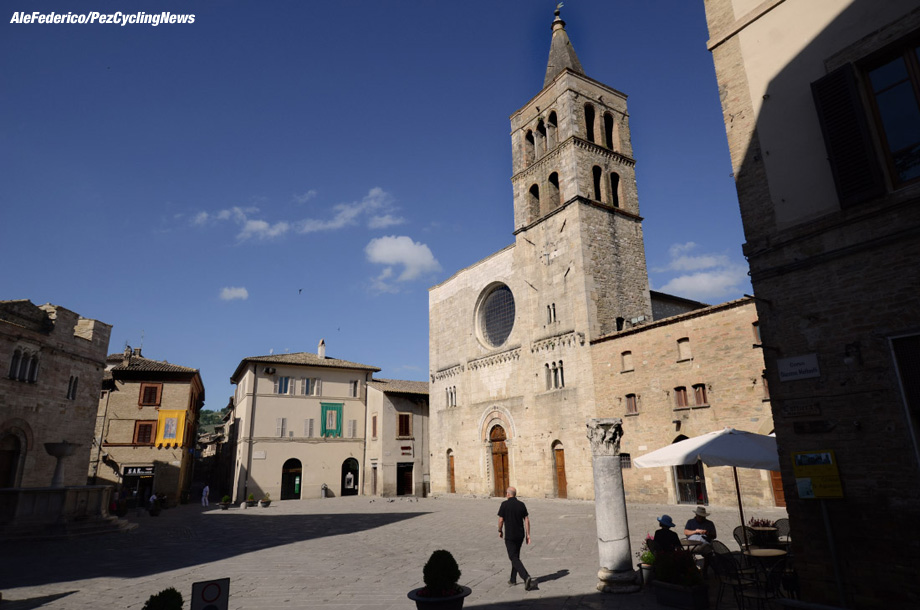 Tuesday’s stage took place in Umbria, middle of Italy. Half way north and south, half way from Tyrrenian to Adriatic. It’s an individual time trial, also known as the test of truth. It is named “Sagrantino stage” from the wine the locals have been producing for centuries, but I have seen much more olive trees than vineyards. I settled my headquarters in Bevagna, very close to the hilly part of the route where I decided to watch the race. I didn’t know or had even heard about this town before coming, but it’s worth a visit. Very nice and with very much to see, starting from the main square to the ancient roman mosaics. 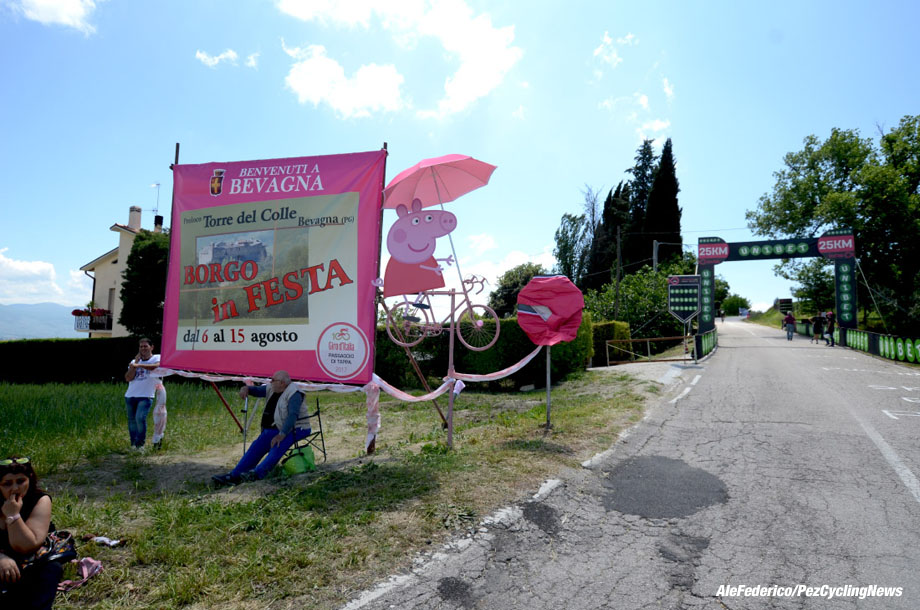 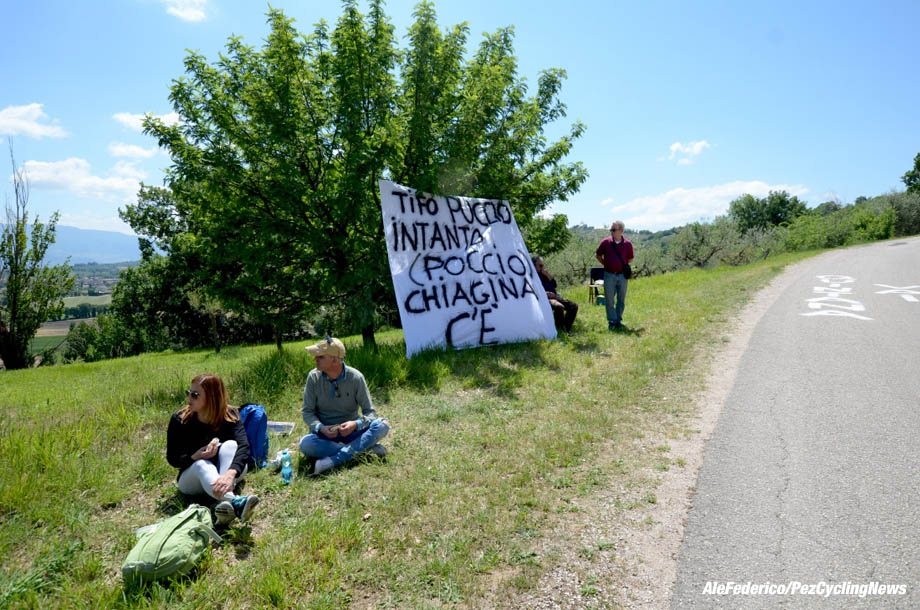 Locals have prepared the event perfectly, it’s a kind of extra holiday for them and many are waiting for Puccio, the Italian rider from Sky, who is riding the Giro and lived just a few kilometers from today’s route. 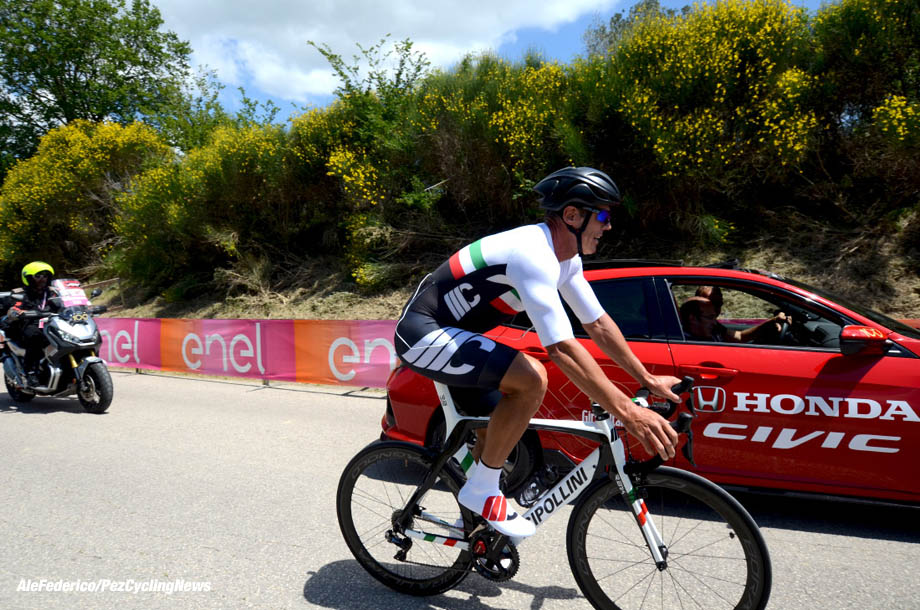 While I was walking on the road, watching for a nice place to spot, I heard behind me the crowd shouting for Cipollini. Confused I had just the time to prepare the camera and shoot before realizing that it was really Super-Mario riding the time trial before the official race. The same as many other fans were doing, but escorted by two motos and a car, of course! 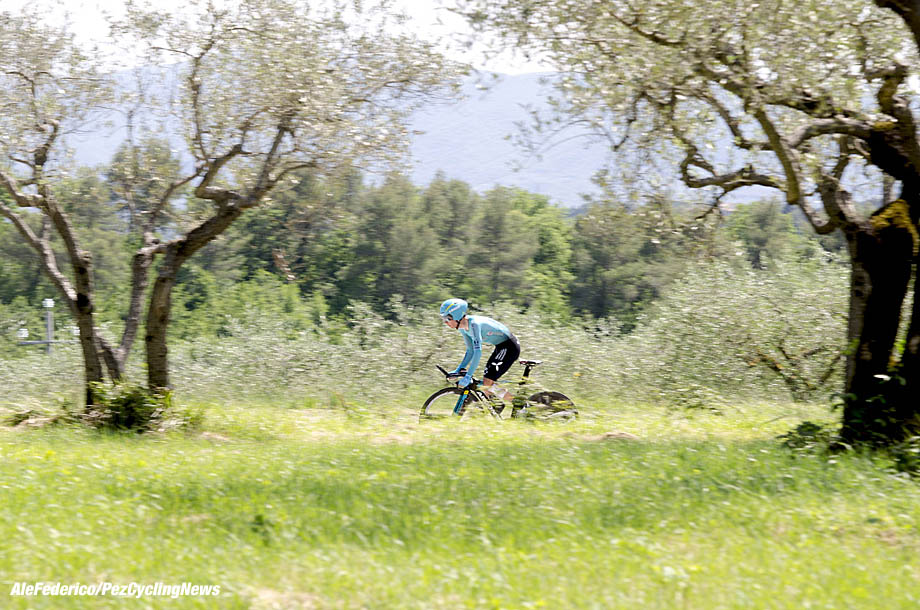 The race start was around noon time and after a full flat part the road is climbing and twisting into the hills covered by olive trees. 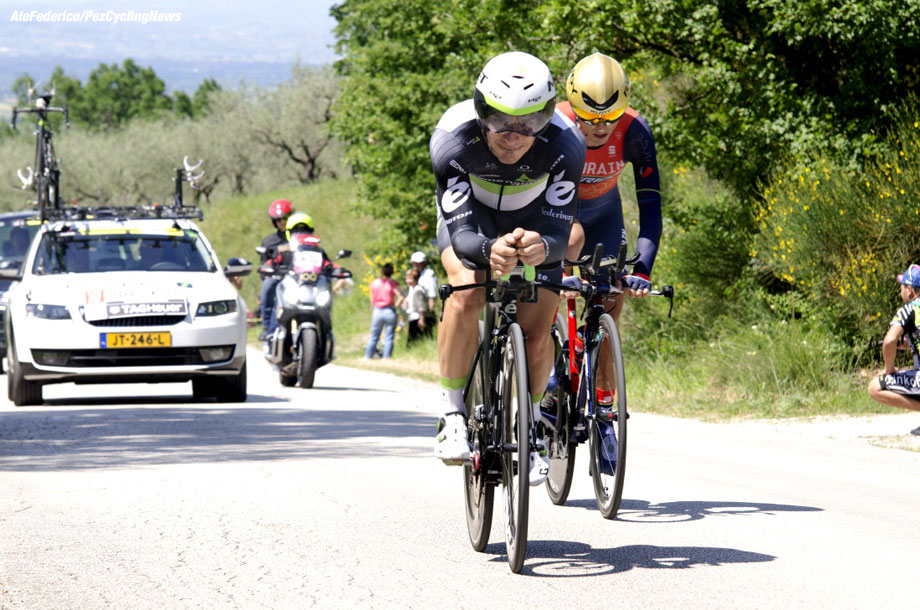 Each rider started one minute before the other, but sometimes strong riders are catching the one that started before them. They are not allowed to race together, but especially for those with a big delay in GC there’s a kind of understanding by the race jury. 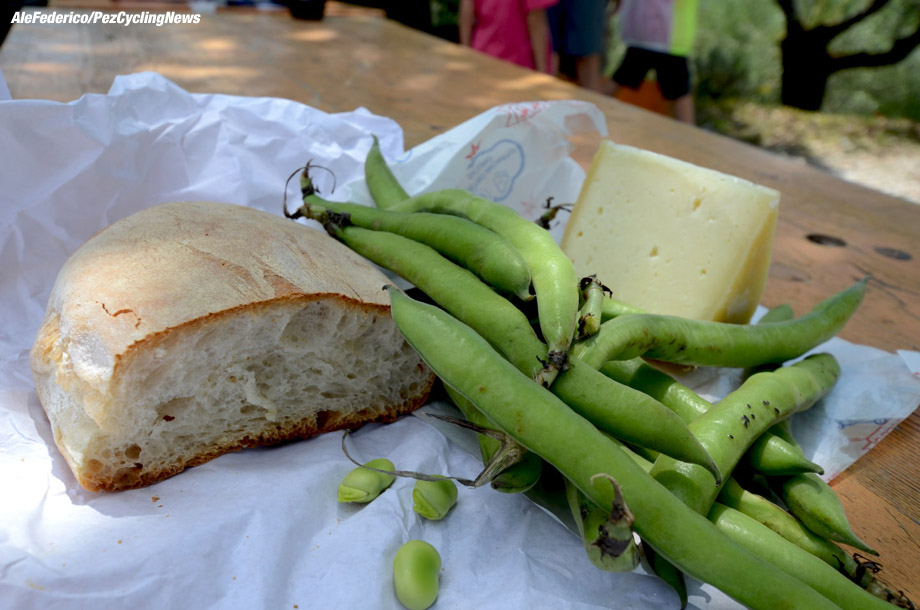 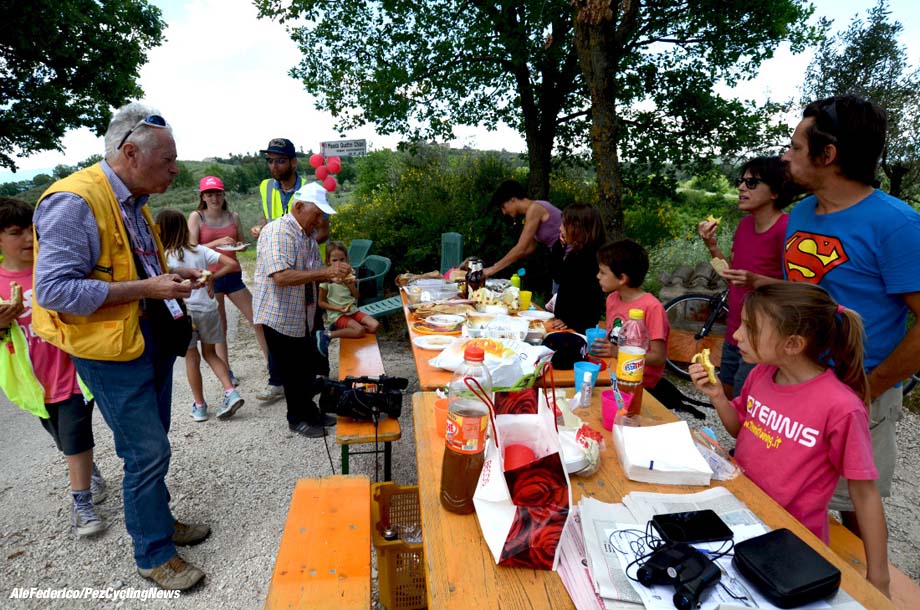 Today the menu held fava beans with sheep’s cheese and bread. The classic food of an Italian spring picnic. I had it together with a family that was also enjoying the race from the roadside and offered me a seat to their table. 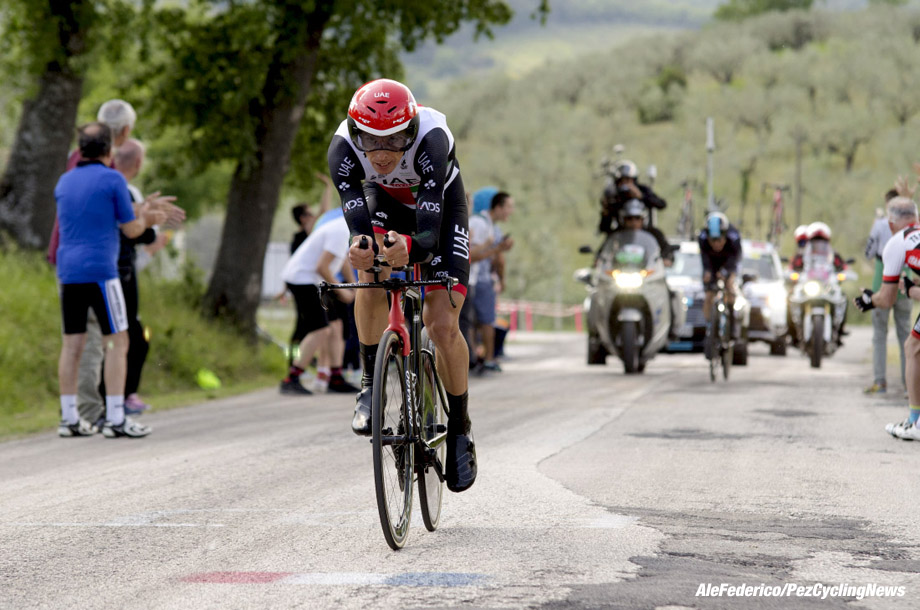 Rui Costa is going to be caught by Thomas, riding a great ITT after the crash disaster on Sunday at the base of Blockhaus. I don’t know if Thomas will be able to make his way back onto the podium, but this rider has steel balls. 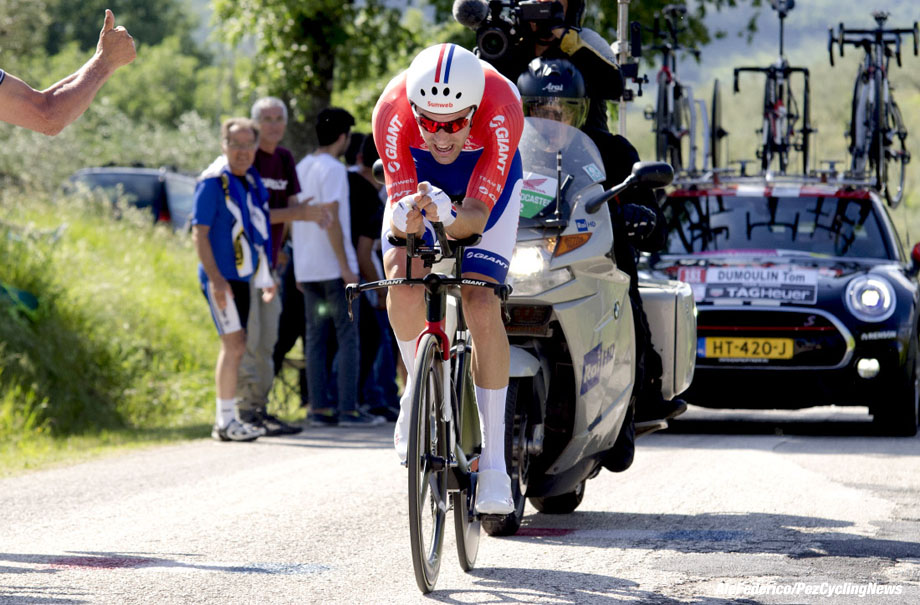 Tom Dumoulin had the perfect day with an incredible time trial and giving minutes to all other favorites for the Giro. Still to test his endurance in three weeks, but at least he sleeps in rosa and in peace for tonight.

You can see more of Ale’s photos on his instagram page HERE, and his Stage 8 Report from Peschici here and Stage 9 from Blockhaus here.