Giro Photog’s View: Ale Federico moved on from the coast of Peschici on Saturday to the 2017 Giro d’Italia’s first big GC appointment – The Blockhaus for Sunday’s stage 9. The countryside has changed from rocky cliffs to rolling fields and the murderous climb to finish the day. 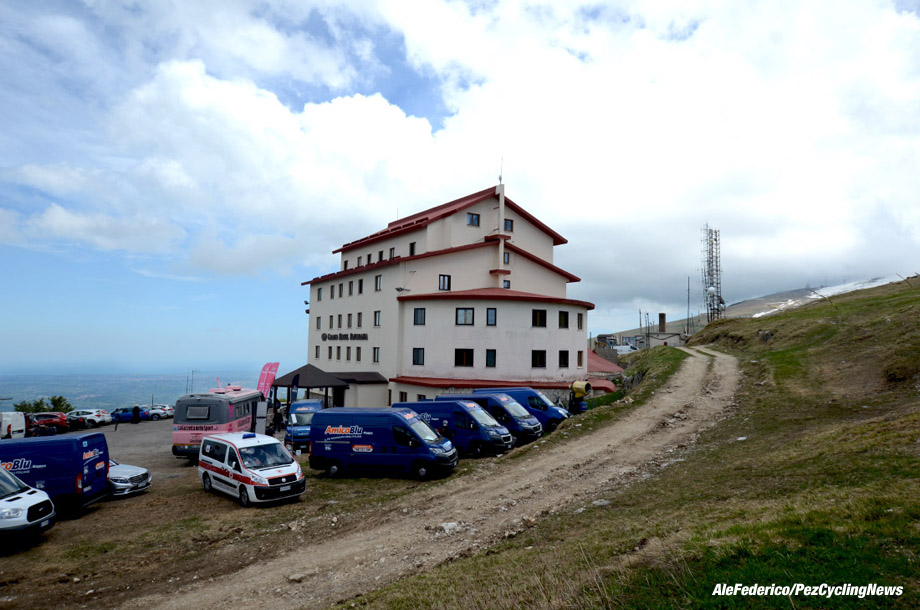 The headquarters of the race was settled to Hotel Panorama. I’ve seen several structures of this kind in the Apennines. Built in the 70s, today they maintain their charm but they would need some internal refurbishment. The view is stunning and goes from the snow of the summit to the blue of the seaside. It’s a warm day and probably next week the snow will be a memory. The finish line is set a couple of kilometers higher than the Hotel Panorama, but below the very top of the mountain where the antenna are now surrounding the old battle structure (the Blockhaus). 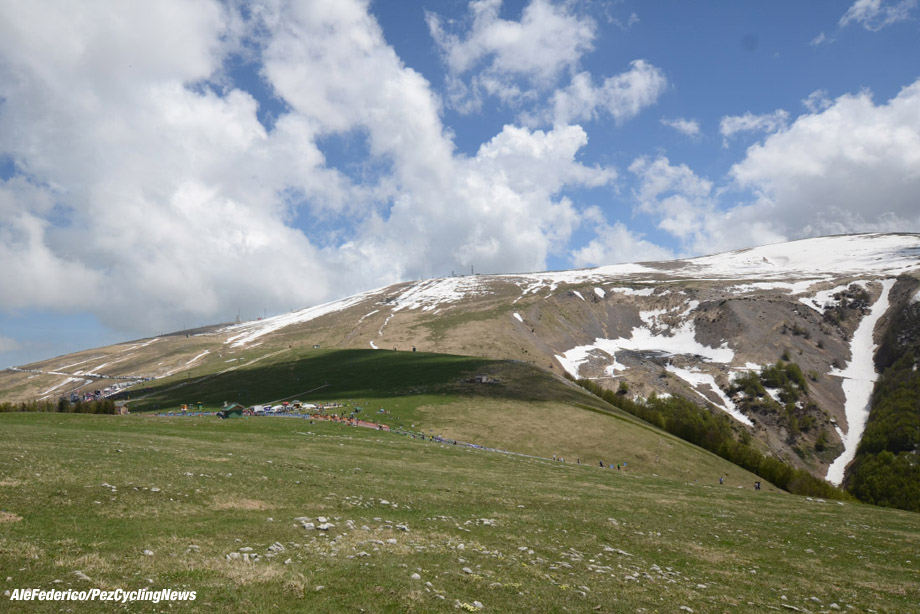 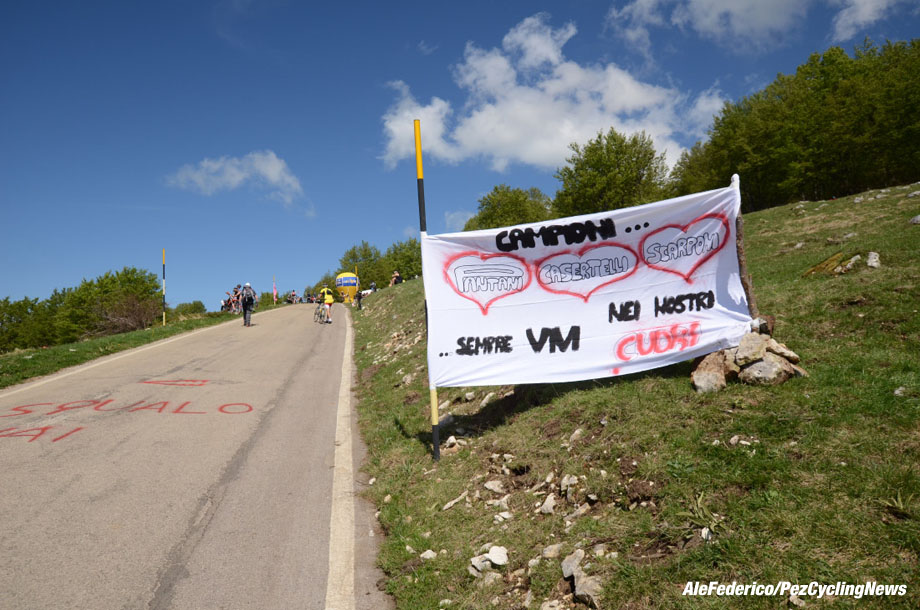 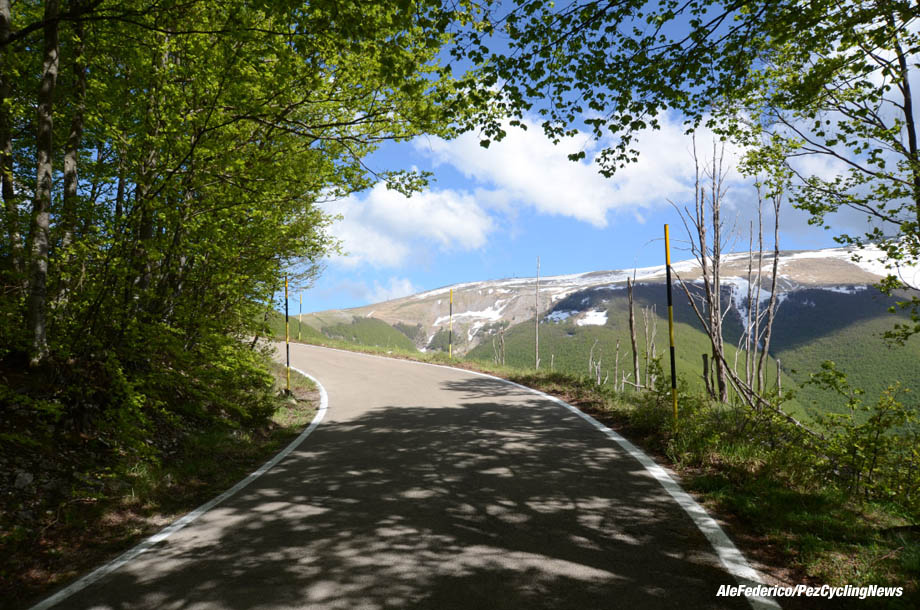 Years ago, when for the first time I heard about the Blockhaus climb at the Giro d’Italia, I thought it was in the north, close to some Austrian border. Actually Blockhaus is one of the most southern climbs you can find in Italy. It’s in Abruzzo region, a few kilometers from the Adriatic coast. The name of this climb comes from the historical facts that happened on this mountain. There was a defense fortress on top of the mountain, managed by Austrian soldiers, and this is why we have this kind of name in the full south. 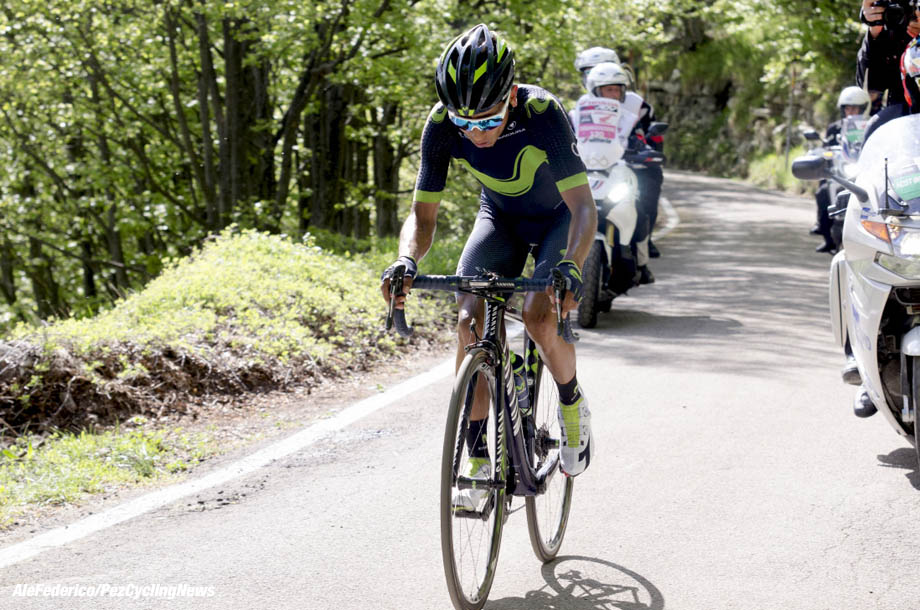 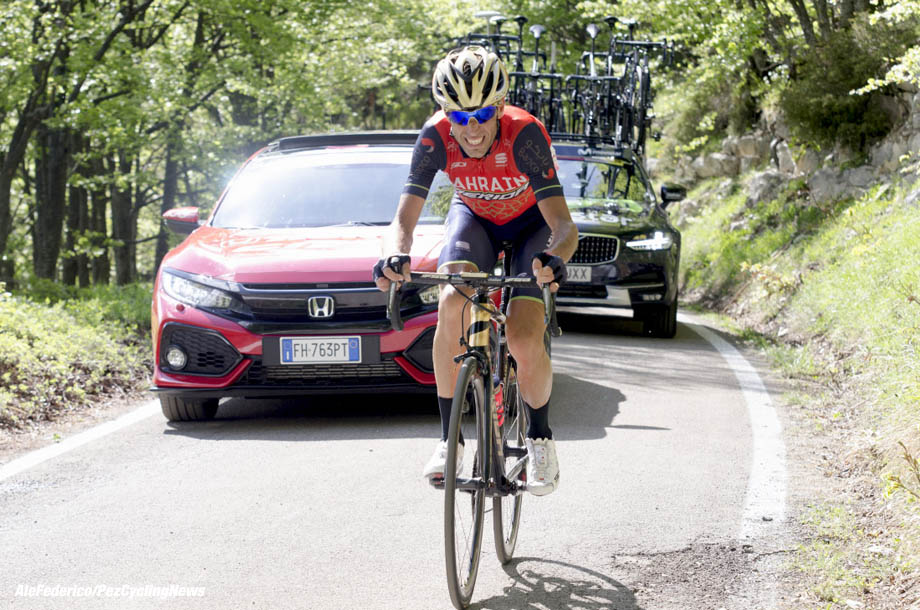 There are several roads climbing this mountain and today the Giro comes from the most narrow and steep side, from the town of Roccamorice. There are not many fans as we will find in the Alps, but still it is Sunday and several people took the chance to join the Giro, which is not so common here. 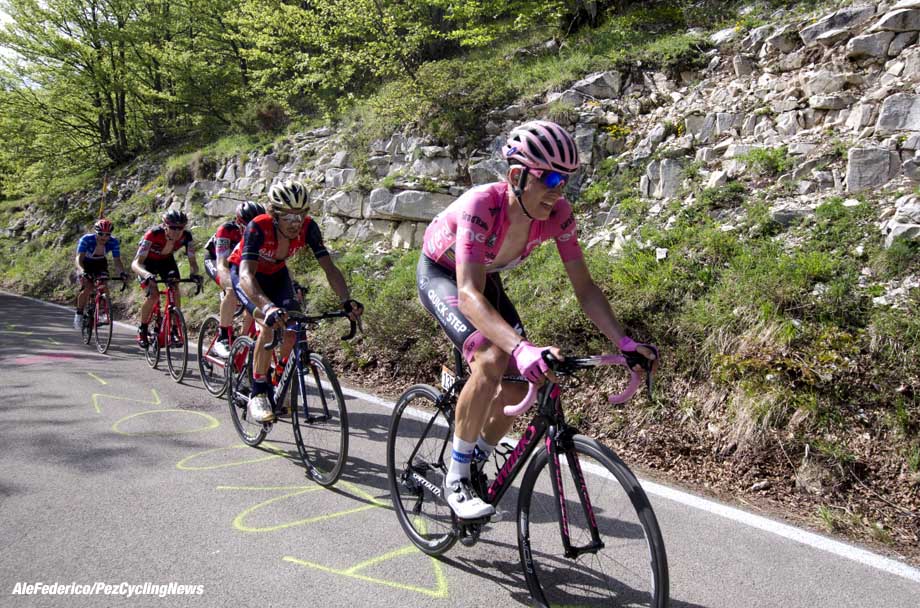 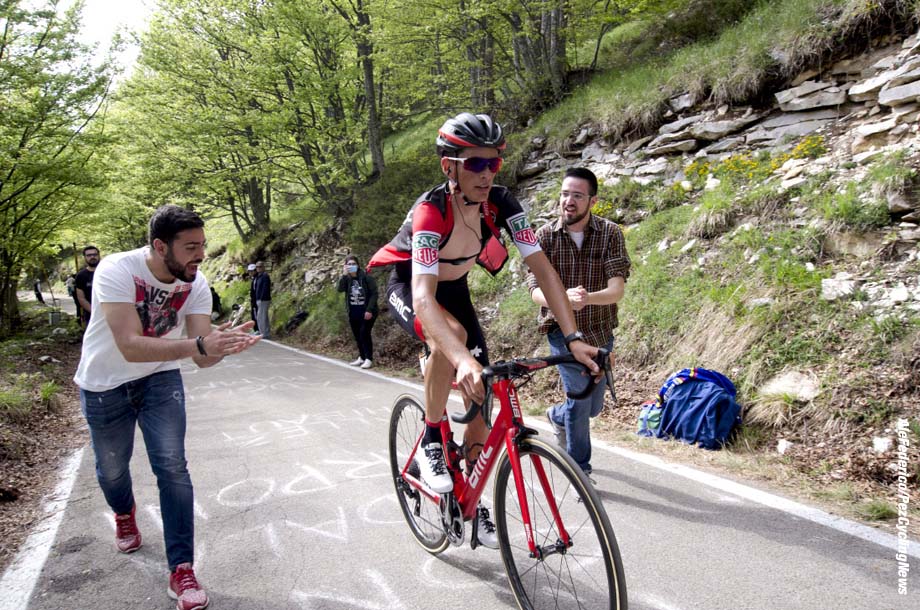 Cheers for a BMC rider 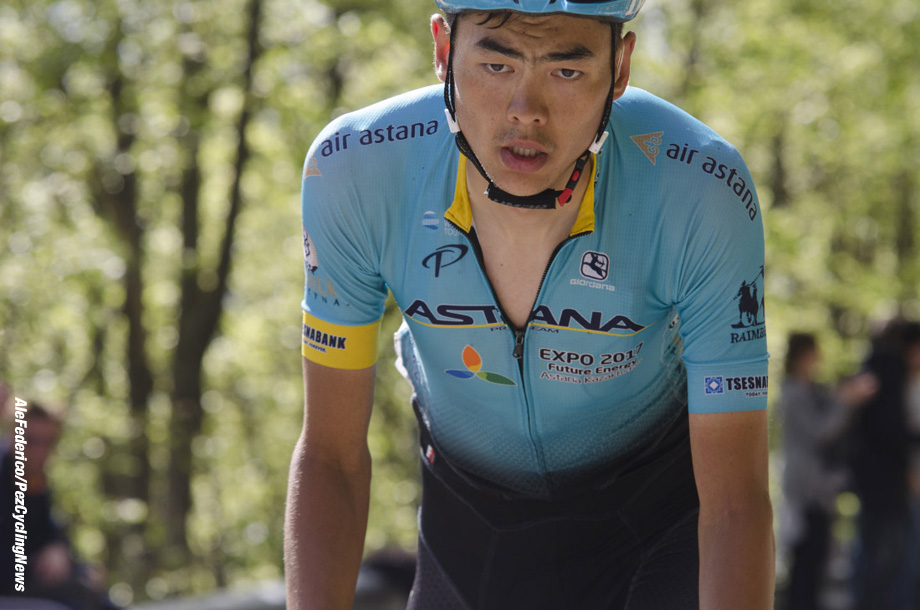 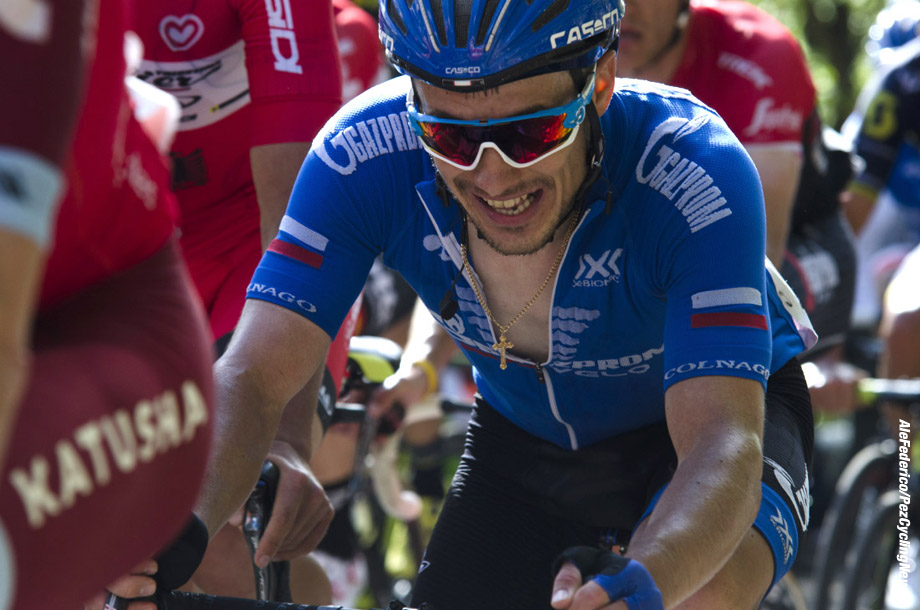 It’s tough at the back!

Ale will be ‘Roadside’ at the Giro d’Italia for the next stages and you can see more of his photos on his instagram page HERE, and his Stage 8 Report from Peschici here.