Grant Thomas Obituary: It was with much sadness that PEZ learned of the recent death of former British Amateur Road Race Champion, Grant Thomas. His ‘Golden Era’ was the 70’s and whilst he’s perhaps best remembered for winning the Championship, his greatest triumphs came in The Netherlands – on road and track. He was based in the Dutch village of Philippine, renowned for its mussels and a place where Grant Thomas is still remembered fondly and held in high esteem. 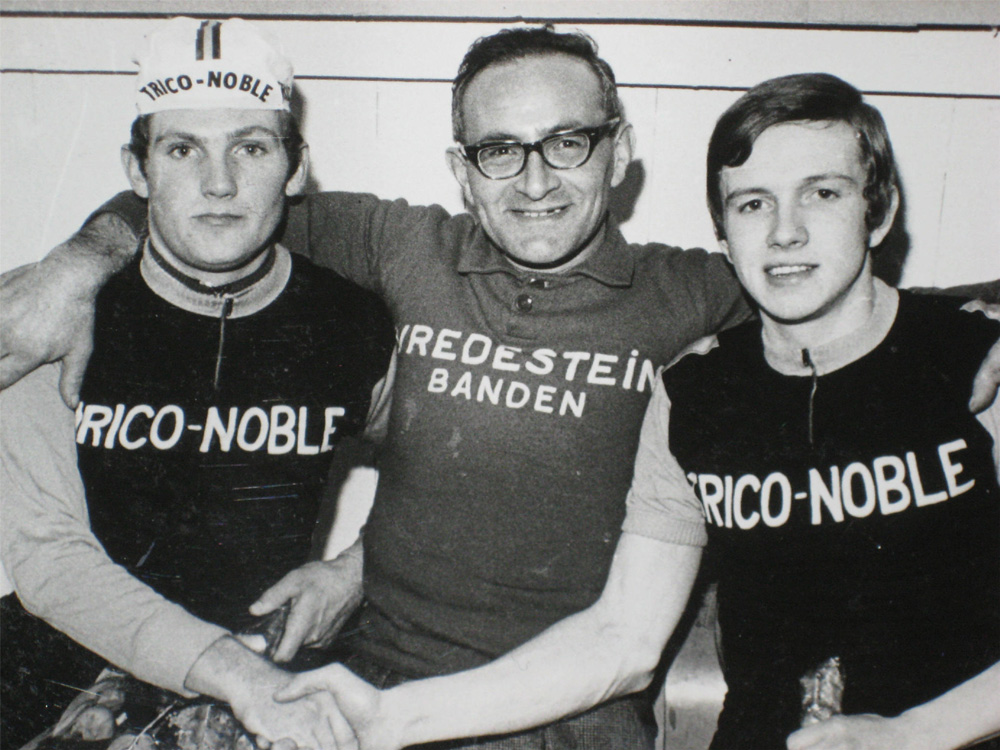 The 70’s were the era of Peter Posts’ Ti Raleigh team and his concept of, ‘total cycling.’ That decade bred some of the best riders in the history of our sport – Gerrie Knetemann, Jan Raas, Hennie Kuiper and Fedor Den Hertog to name but four. Grant Thomas raced against these giants of cycle sport – and won. 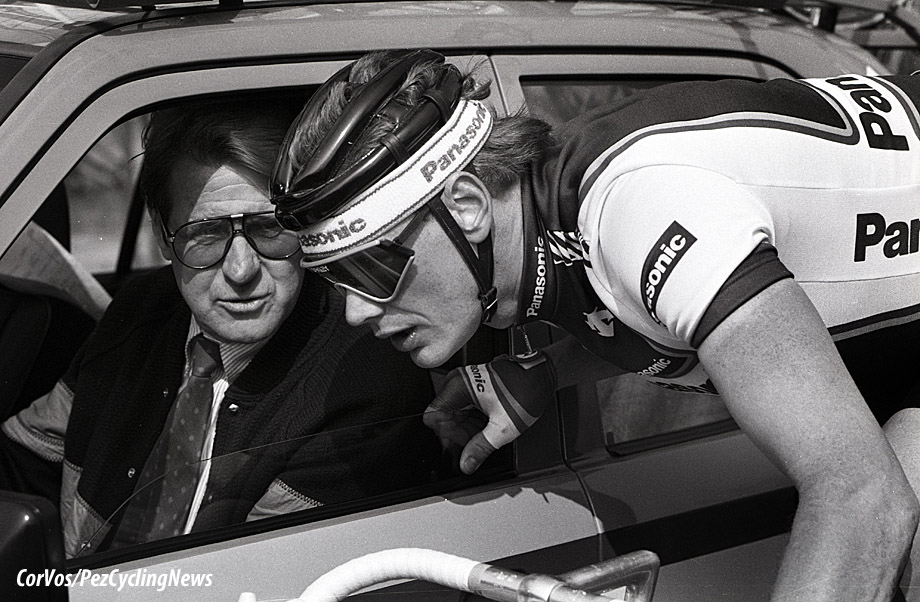 We received many tributes to the man and reproduce one below, from his fellow English Midlander, Steve Beech. Beech was not only a top roadman on the UK scene in the 70’s but raced very successfully on the Scottish scene – his work having taken him north of the border – as a veteran, with his successes including breaking the Scottish 12 hour time trial record. 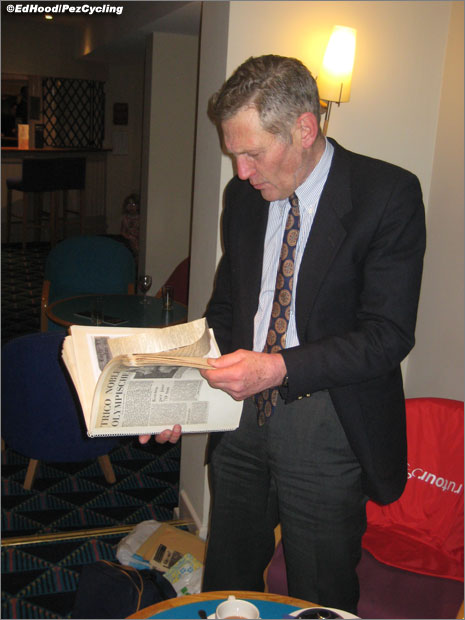 I am very sad and shocked to catch up with the news about Grant Thomas passing away. As a fellow Midlander and living only five miles from Grant, he became a friend, training partner and sometimes we travelled together to races in the 70’s after he moved back from The Netherlands. 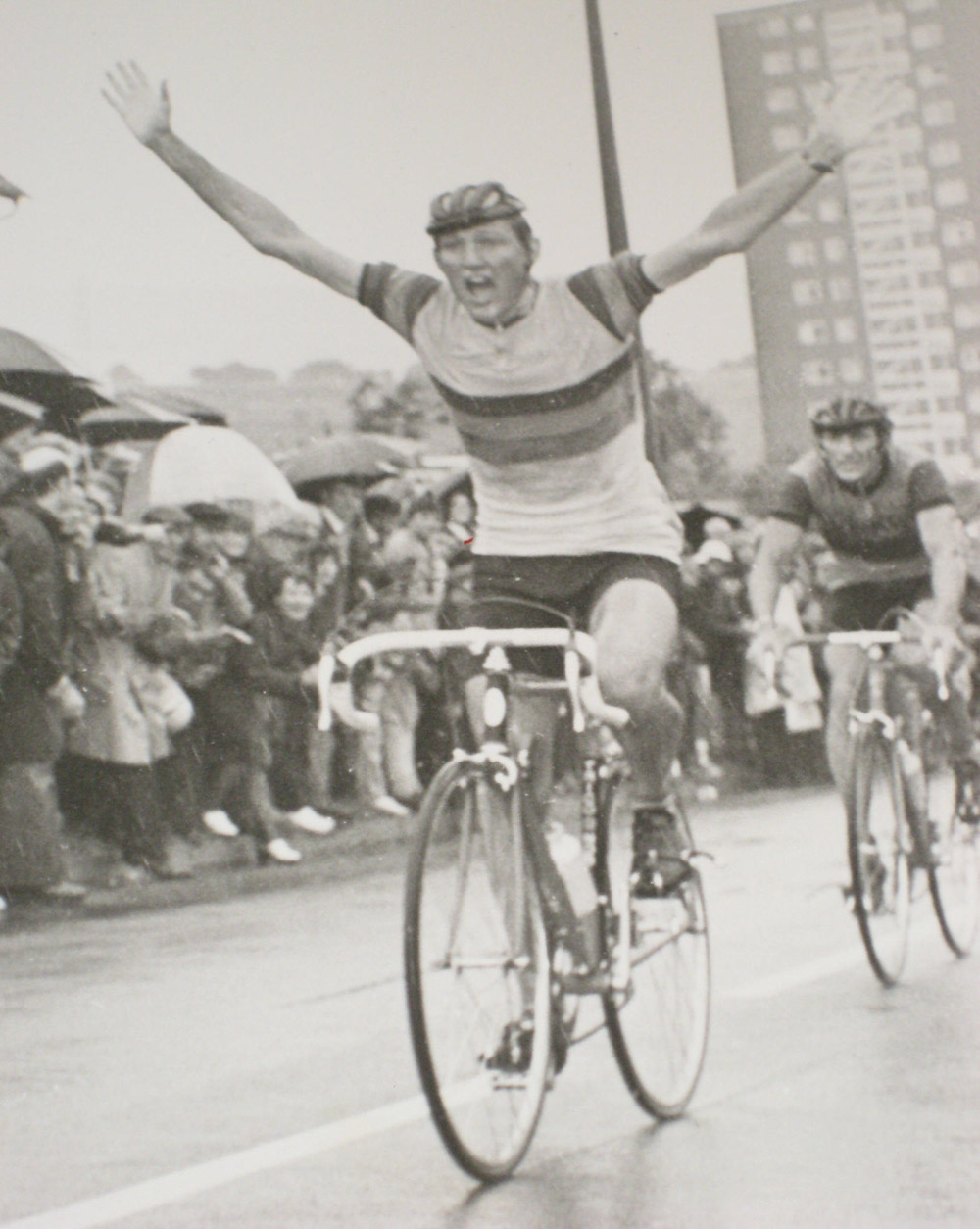 I moved to Bristol in 1982, and then up to Scotland at the end of 1985, so have had less contact with Grant in recent years unfortunately. He was pure class on a bike, anyone who can win top races in the Netherlands and Belgium is more than exceptional. His position on the bike, pedalling style, immaculate turn out, skills and aggression in races made him stand out. He was well spoken, polite and one of the friendliest persons you could meet, never a bad word for anyone. He certainly made an impression on anyone who met him, and was well liked by the cycling fraternity. Definitely a pioneer of marginal gains, analysing everything to do with nutrition, training and equipment. 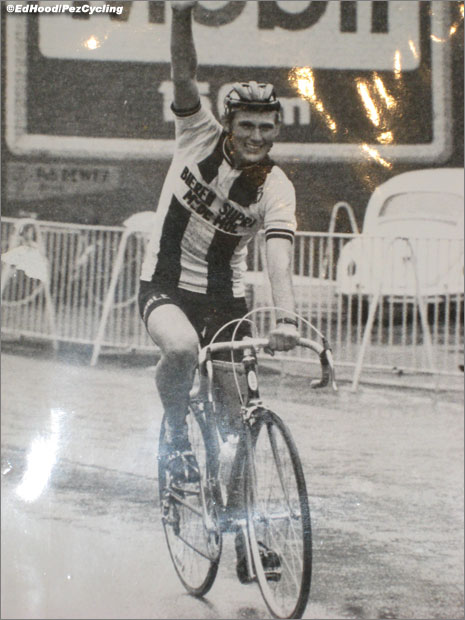 I first joined a cycling club in 1967, Concorde RCC in my home town Sutton Coldfield, in the early years I only came across Grant occasionally on training and club runs when he was back from his base in Philippine in The Netherlands. However we were brought together in 1971 in an infamous edition of the Scottish Milk race. Both Grant and I were in the GB ‘A’ team, and along with Pete Matthews we were there to help Welshman, John Clewarth and Liverpudlians Doug Daily, and Geoff Dutton, as instructed by Eddy Soens who was the manager. Both Grant and myself did a reasonable job, but we didn’t really feature in the race. 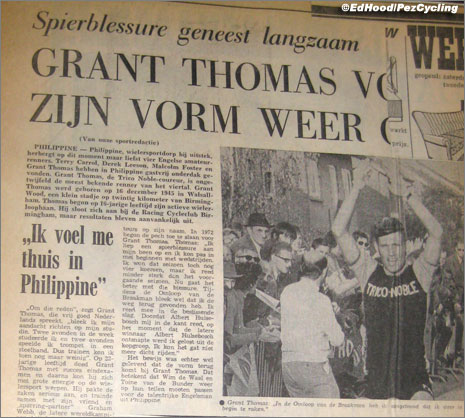 It rained every day. I remember breaking a spoke and had to change a wheel just before climbing Glendevon. I managed to get back before the top. Then on the decent I fell on a wet bend at the bottom, with an Irish rider. Again I got back on quickly, but struggled a bit on the climbs to finish in Dunfermline. Little did I know that climb would later become a regular feature in my training after moving up to Scotland with work. Fortunately it doesn’t actually rain every day in Scotia, although I was bit concerned about this before accepting the job with BP at the Grangemouth refinery. I can’t ever remember Grant crashing, his bike handling skills were well honed on the Belgian and Dutch cobbles. I got to know Grant a lot better that year as we often shared a room on the race. John Clewarth won the race after the leader, Frenchman Claude Aiguesparses fell just nine miles from the end of the last stage. 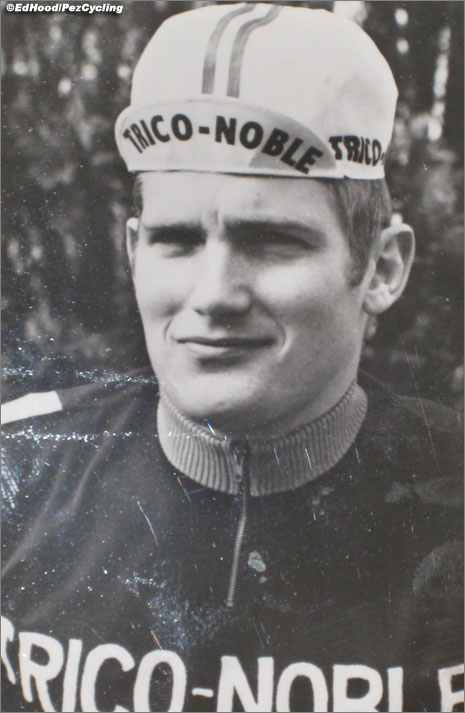 A week or two later Grant and I went up to ride the National amateur road race championship in Leeds with another local rider, Bob Jones. Bob turned professional with Bantel that winter to ride with eventual four time World Pursuit Champion, Hughie Porter and prolific winner on the UK pro scene, Sid Barras. By chance two years ago I was given a copy of the September ‘71 International Cycle Sport, it featured both that Scottish Milk race and the Nationals. Only 17 finished the latter, Grant didn’t finish; I can’t remember why, but he was in good company because both Phil Edwards – who went on to be Francesco’s Moser’s right hand man – and John Clewarth both climbed off. 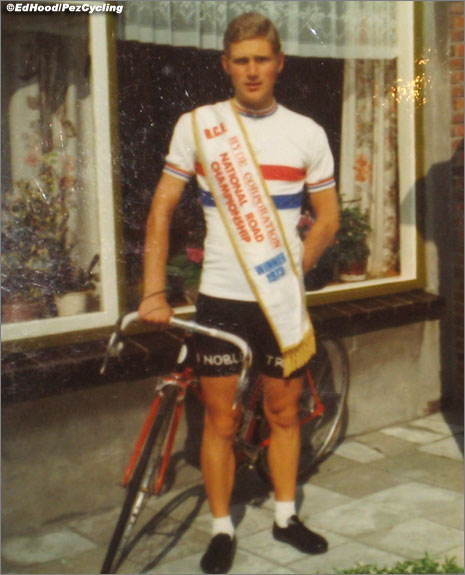 Grant couldn’t wait to get back to Philippine for the winter season on the track. I went on a trip to Philippine with him at the end of the season around 1977 to visit the couple that looked after him when he was based there. I think the late Terry Carroll was still living there close by, and we met him as well. Terry was in the GB team with me for the 74 Olympia Tour of The Netherlands – which was a hell of an experience. Scotsman Denis Mitchell was in the team as well and chucked racing when he returned home, such was the effect on him. It just shows how good Grant was to race successfully in the echelons in those conditions! 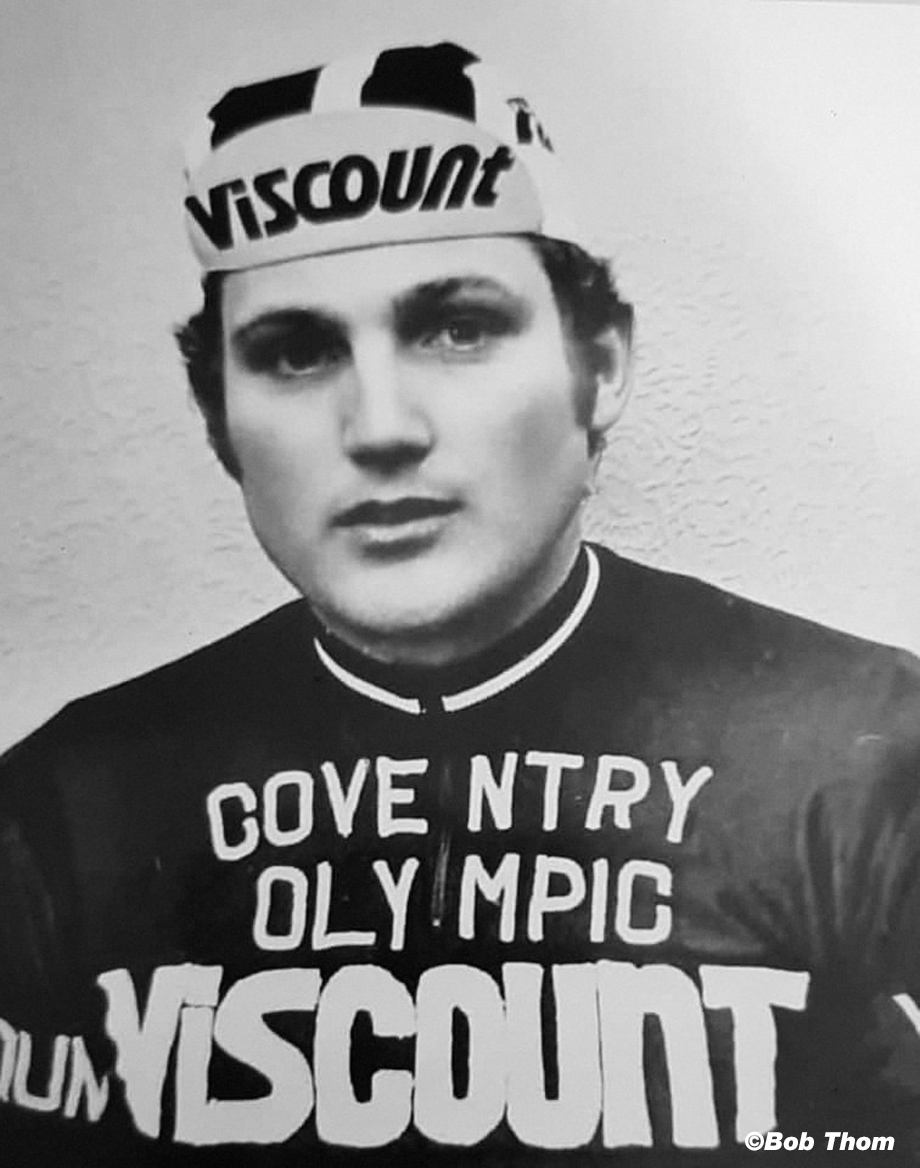 When we were at the house in Philippine, Grant asked if he could look in the loft. He crawled in to retrieve half a dozen Clement Criterium tubs he had stored to mature. During the trip we saw the GP Cloture, the last Pro kermis of the year in Belgium. Barry Hoban was riding, we met him after the finish. We arranged to go to his house the following day, and met Helen and the two girls. By chance some years later my dad met Joanne and Barry whom he recognised. She lodged locally in Sutton whilst studying at Birmingham University. I think we visited Mrs Deene’s legendary cyclist’s guest house in Gent as well. Also, we met Ted Wood the famous Aussie mechanic in Plume Vainqueurs bike shop in Gent where Grant was always very welcome and popular with those that knew him, wherever he went. 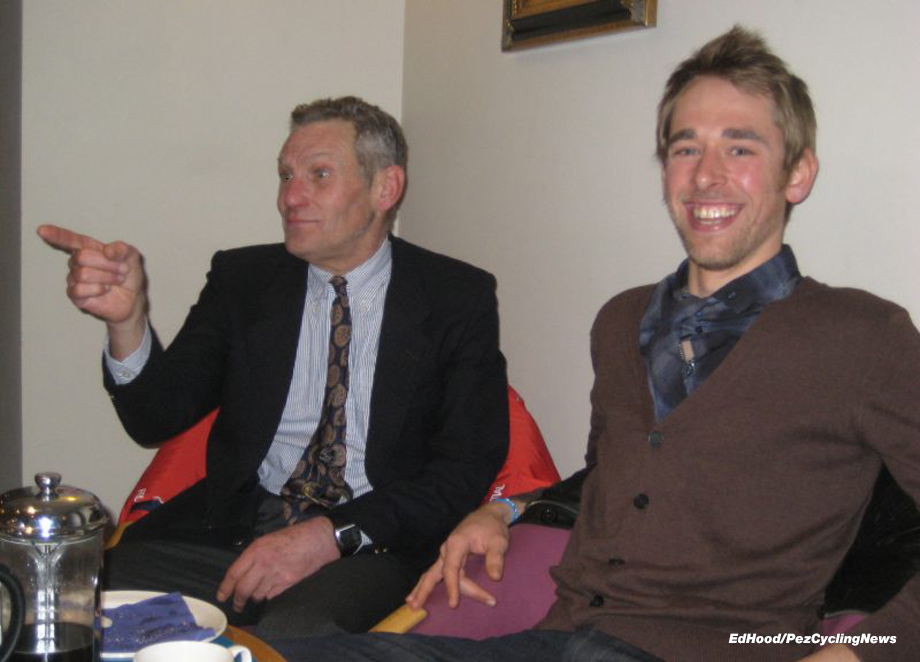