If you are of a certain age and was a follower of cycle sport in the ’70s and ’80s, two names will come to mind as the guy’s who had lots of promise, but didn’t deliver. Fons De Wolf and Danny Willems had good palmarès, but they came on the heels of Merckx, Maertens and De Vlaeminck and just could not live up to their predecessors. De Wolf works in his wife’s funeral parlor. The sad news from Belgium is that Willems was found dead in his apartment last Friday. Ed Hood looks at his life and career.

In Scotland the last two weeks have seen us lose two fine young men from our cycling scene; gone before their time, Ben Abrahams and Dougie Young. But over in the Belgian Heartland they’ve suffered too – with the recent passing of Daniel (Danny) Willems at 60 years of age. 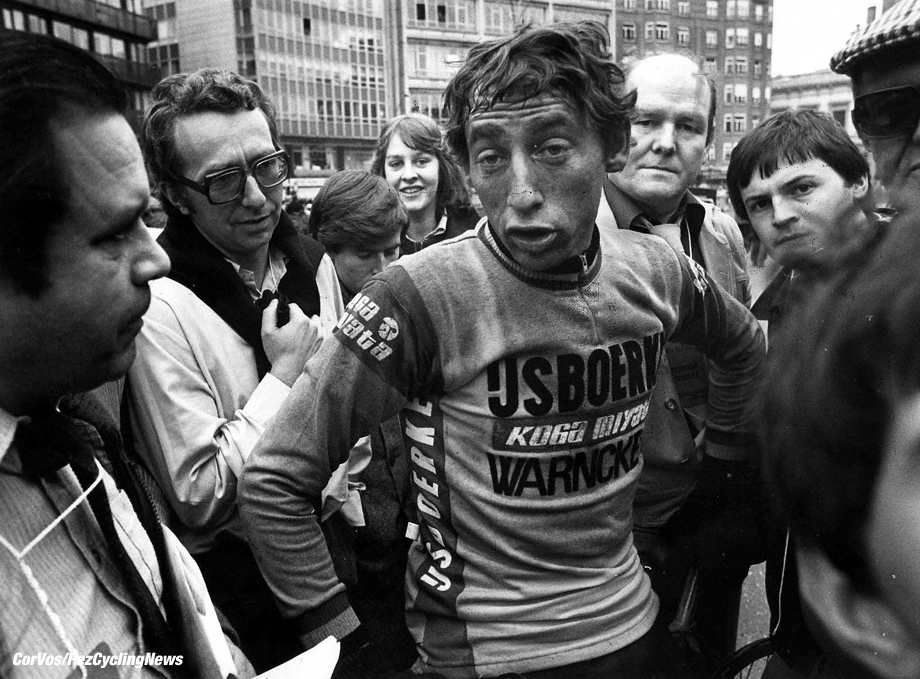 I’m not surprised you should ask that; there’s been very little reaction to Willems demise – but those of my generation remember him as tall, stylish, classy and a big name in pro cycle sport in the late 70’s and early 80’s.

A prolific winner on the amateur scene, an Olympian and Belgian ‘Military’ road champion in 1976; in ‘77 he won the Belgian amateur road championship as well as the highly Prestigious ‘Ruban Granitier’ stage race in Brittany. 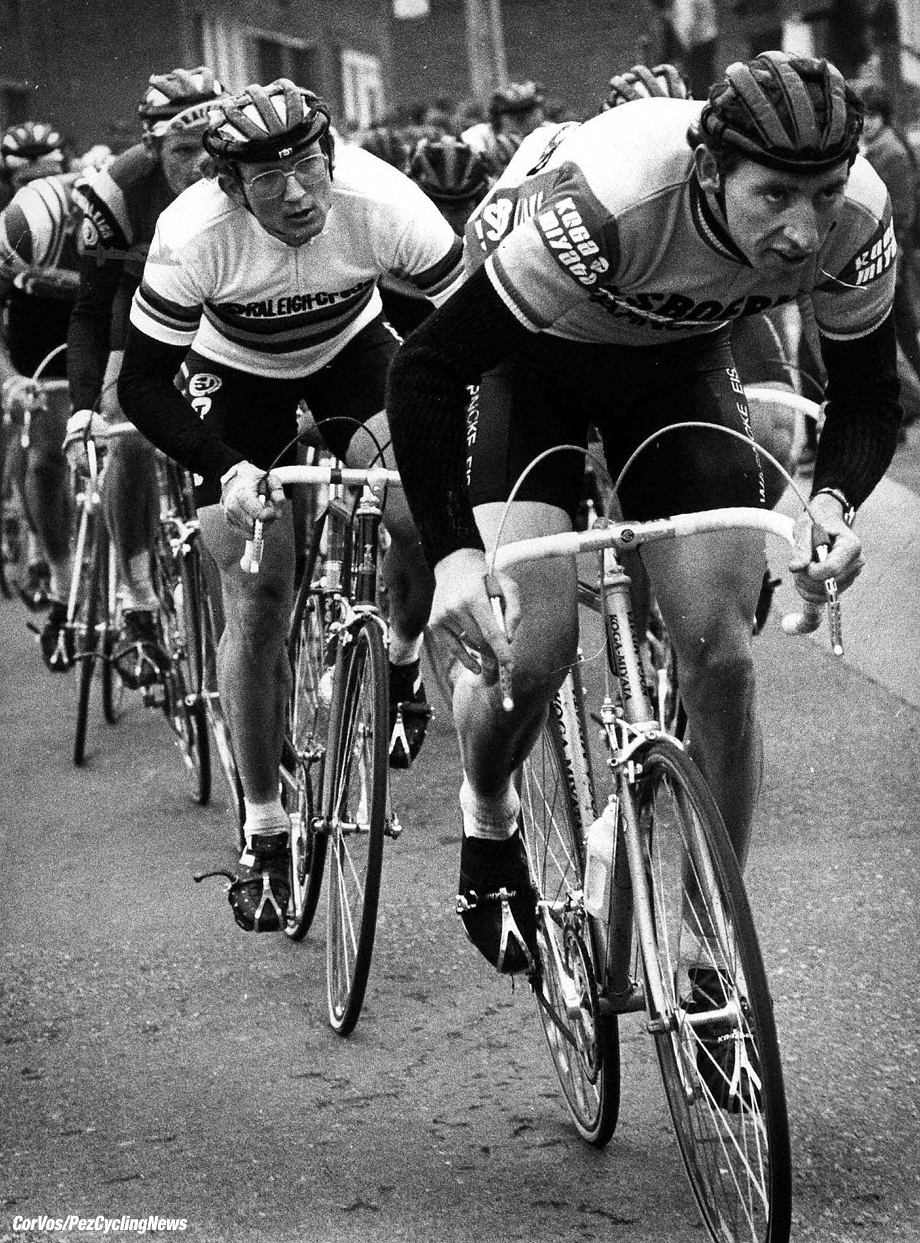 In ’79, still an ‘ice cream man’ he won the late lamented German Classic, Henninger Turm, the Brabantse Pijl, Scheldeprijs and was on the podium in the Tour of Flanders and Liege-Bastogne-Liege. All in all he captured 13 winner’s bouquets in ’79. Belgium was in ecstasy, ‘The New Merckx’ had arrived.

The five time Tour winner man had retired in ’78 and whilst Roger De Vlaeminck had won Milan-Sanremo and Het Volk in 1979 it was apparent that ‘Old Father Time’ was in pursuit of ‘Le Gitane.’ 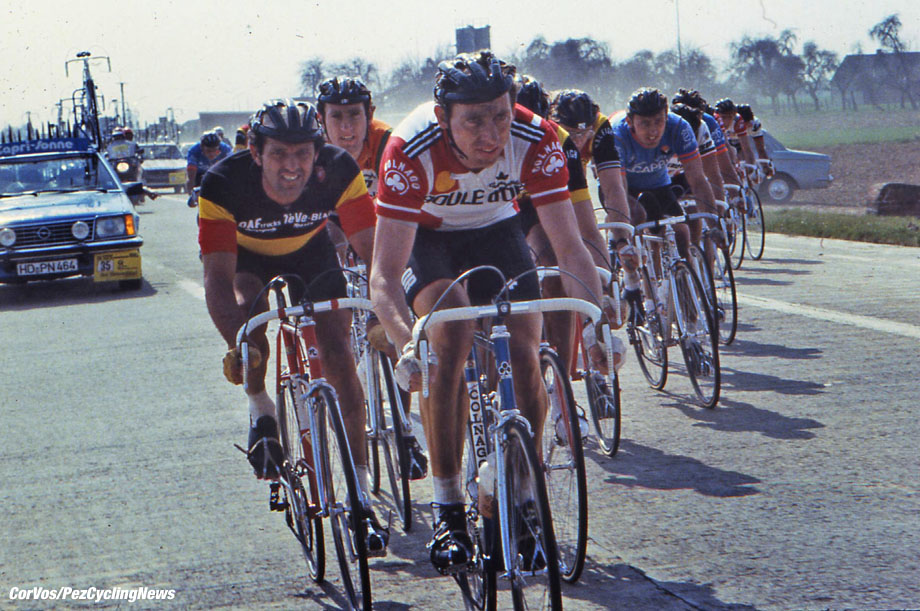 Freddy Maertens? The man with the biggest thighs in the business was in the wilderness; invisible until he flashed back across the sky like a long forgotten comet in ’81 to win the green jersey in the Tour and the Worlds before he stumbled back into the Mojave, or was it the Kalahari?

All three of these riders – Merckx, De Vlaeminck and Maertens – were capable of, and did win up to an incredible 50 professional races each per year. It was hard for Belgian fans to accept that those days were gone and they longed, lusted for a man to allow them to recapture that rapture – Danny Willems was to be that man. 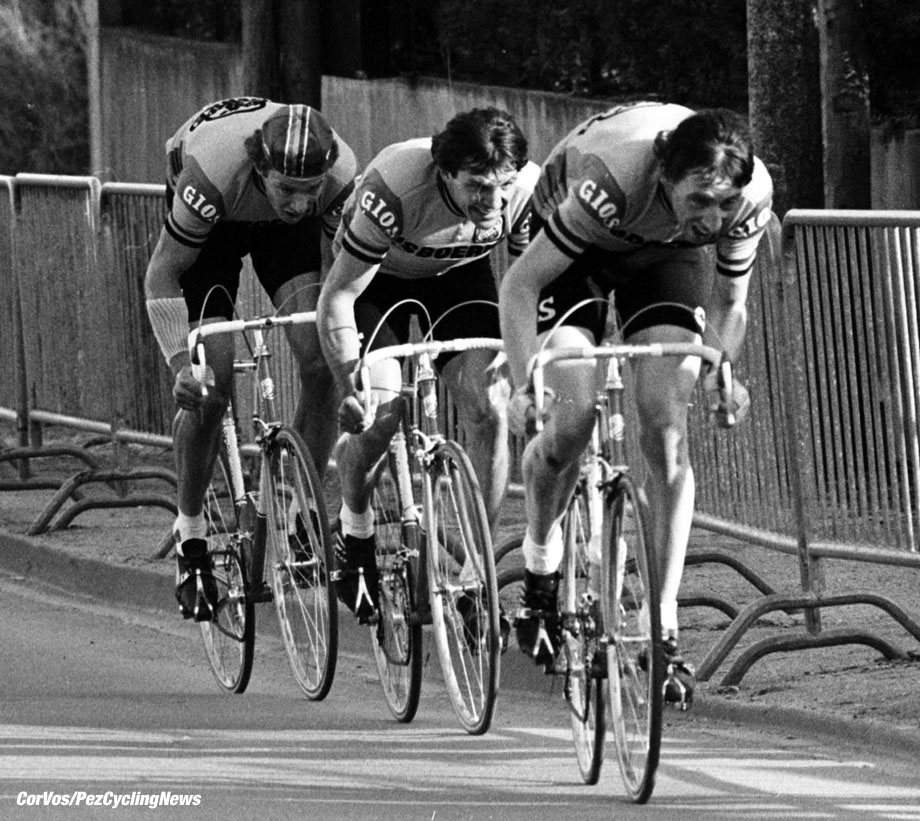 In 1980 Willems won Paris-Tours, the Ruta del Sol and stages in the Tours of Belgium and Switzerland en route to his excellent season total of 21 wins.

The following season saw him trade the yellow and blue of Ijsboerke for the blue and yellow of Capri Sonne soft drinks. The win tally slipped to 17 but included the Flèche Wallone and two Tour de France stages so there was little cause for concern. 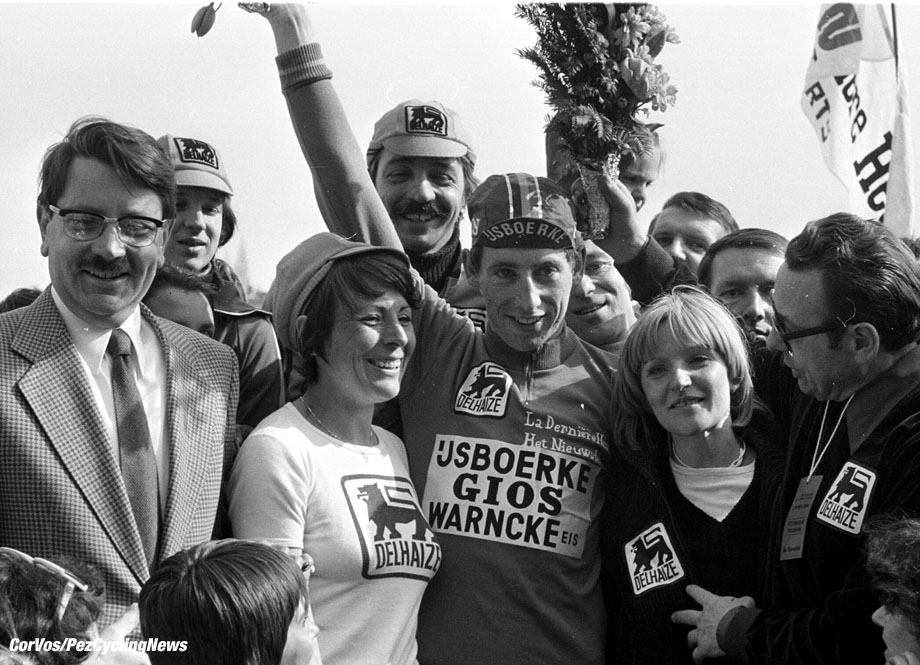 There was another jersey change for 1982 to the red and white of Boule d’Or – a complicated team story where, as a cigarette manufacturer, Boule d’Or could not advertise their wares in French races, notably le Tour so they bought a French chocolate concern of the same name and the team carried their name into the world’s biggest race.

The win count slipped again to 11 for the year but as well as stages in the Three Days of De Panne, Four Days of Dunkirk and GP Merckx time trial there were another two Tour de France stage wins and notably, a top ten finish in Le Grand Boucle. 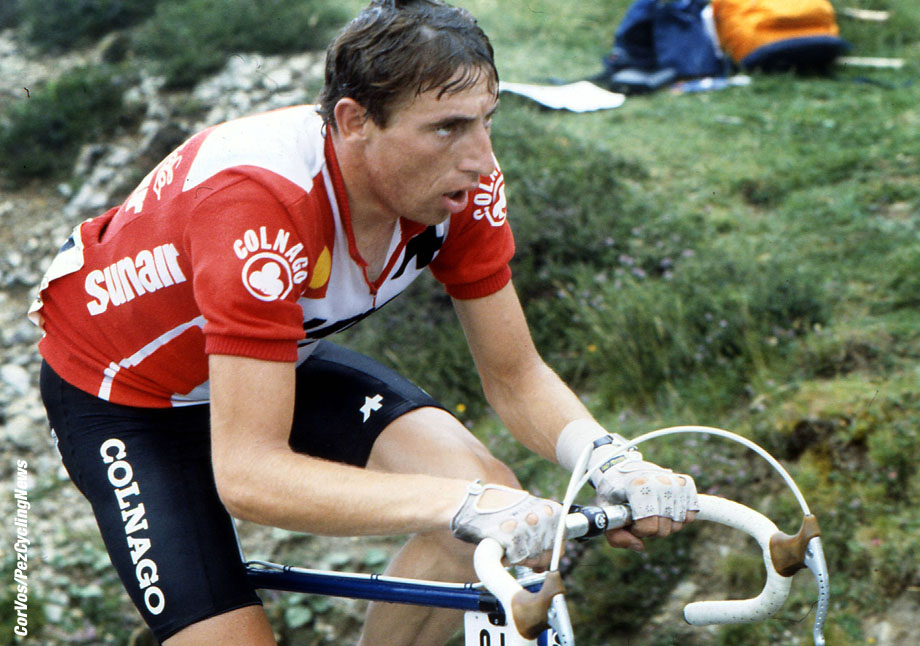 Perhaps Danny was going to be a Grand Tour challenger? The answer to that was a resounding ‘no’ as ’83 saw just two kermis wins with the nearest to a big win being second in the GP Merckx TT behind Jean Luc Vandenbroucke who he’d beaten into third spot in the same race, 12 months previously.

Boule d’Or wouldn’t pay big bucks on the strength of that and for 1984 the name on the jersey was ‘Murella Rossin’ riding with future Giro winner, Franco Chiocciolo in the Italian squadra. There were no wins that year – or in his last year, 1985 with low budget Belgian squad, Safir. 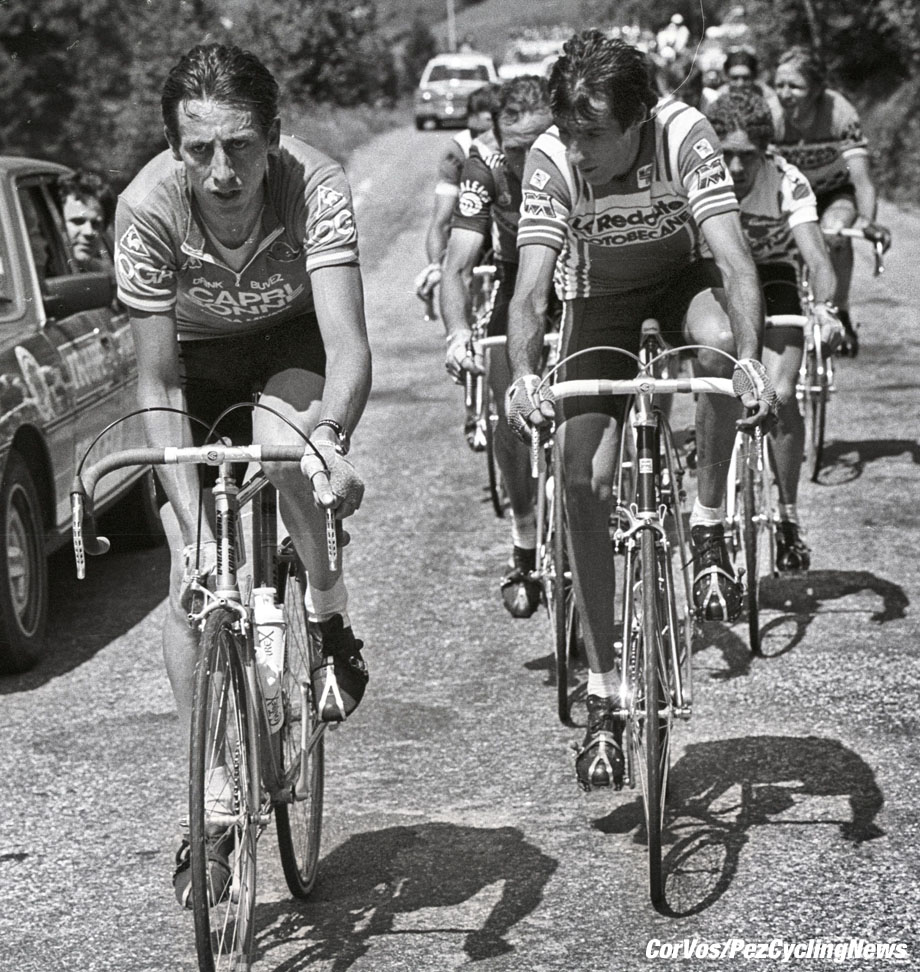 The official line was that illness ended his career but it was more likely the title of that Specials song; “Too Much, Too Young?” Too many races, too much expectation, too much pressure. . .

Whatever the cause it’s very sad that Willems should go from Classics winner and Tour de France stage winner to forgotten man and death before his time. His palmarès illustrate the range of his talent – Koolskamp, the Scheldeprijs and Paris-Tours are all for the sprinters but Henninger and Flèche Wallonne are far from flat, they’re for the Ardennes riders – and then there’s the GP Merckx against the specialist time testers.

Rest in Peace, Daniel Willems, some of us remember you at your very best, sir. 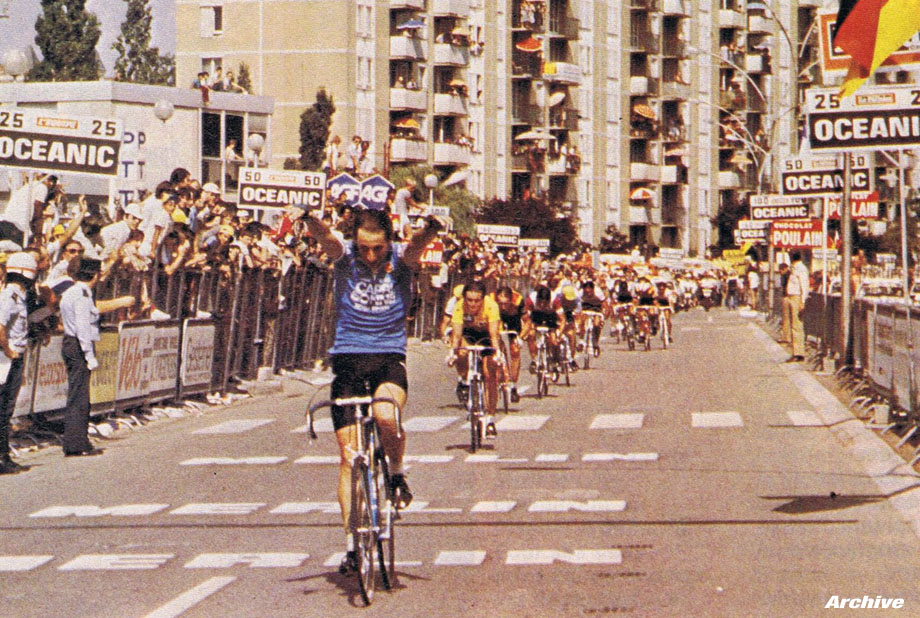