At approximately 01.30 a.m. local time on Sunday morning, World Madison Champion, Isaac Galvez of Spain, was pronounced dead, after being involved in a crash whilst riding in the Ghent Six-Day race. Eye witnesses report that Galvez, who was partnered by fellow-Spaniard Juan Llaneras with whom he won his second World Madison title this year, made contact with the fence at the top of the track in an incident involving Belgian Dimitri De Fauw.

The two riders crashed heavily, but whilst De Fauw was able to get to his feet, Galvez was obviously in serious trouble, his eyes rolling back in his head. First aid was administered at the scene but there was apparently a delay of some ten minutes before an ambulance could rush him to the hospital. 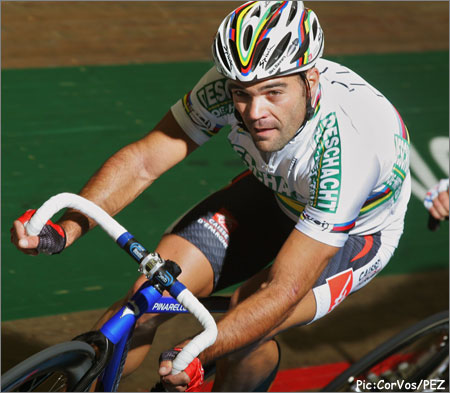 Galvez on the fateful track in Ghent last week.

De Fauw was also taken to hospital, having suffered very badly from a nervous collapse when he realised the extent of Galvez’s injuries.

The race was immediately neutralised before being abandoned later in the night when the tragic news of the Barcelona rider’s death was announced. 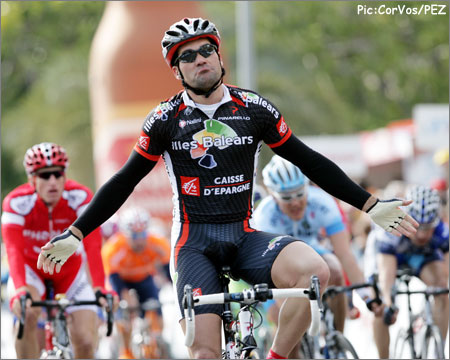 Galvez was always knocking on the door of sprinter superstardom, and seemed on the cusp of making the last step.

It is the first fatality to occur in a Six-Day race since the 1930’s and thrust riders and helpers alike into a state of shock.

The tragedy was made all the more grim when it is remembered that Galvez had used the gap between the Munich and Ghent Six-Days to get married.

The normally high-spirited and noisy business of packing-up after the race was conducted in almost complete silence. 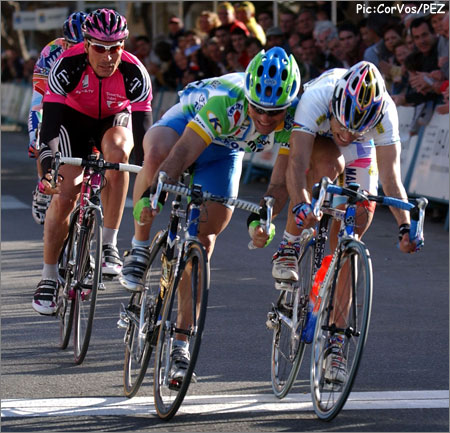 This was the 31 year-old’s seventh and best season as a professional, with wins in the Trofeo Mallorca (for a third time), Trofeo Alcudia (for a second time) and a stage win in the Four Days of Dunkirk in addition to repeating his 1999 victory with Llaneras in the World Madison Championship.

Galvez’s sprint also took him to stage wins over the years in the Catalan Week, Tour of Catalonia, and Criterium International, as well as numerous top placings in bunch sprints in all of the Grand Tours. 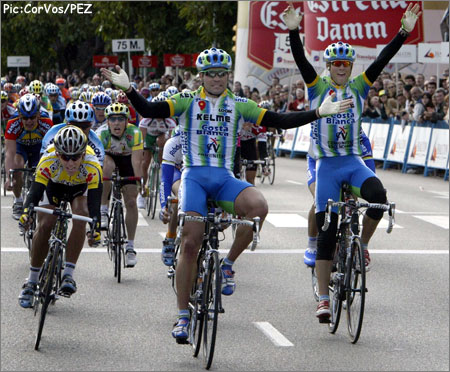 His first four seasons were spent with Kelme and his last three with Illes Balears (Caisse d’Epargne) A proficient and regular competitor on the winter boards, he and Llaneras won the Grenoble Six-Day in 2000. His bike handling skills were exceptional and he could “bunny-hop” his track bike from the boards up on to a chair then balance upon it before hopping the bike back down to the track. 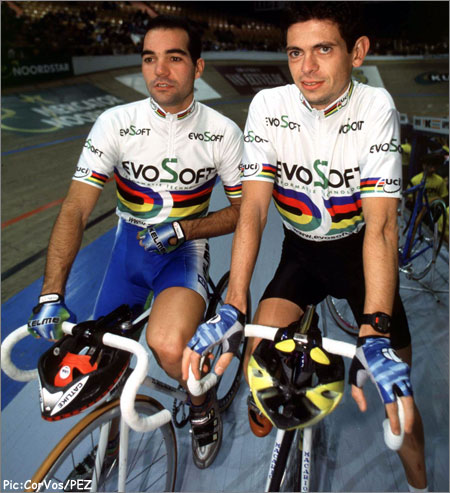 Galvez and his longtime partner, Llaneras, met success early on – as far back as 1999 when they first became World Madison Champions. Interestingly, this picture was taken at the Ghent track, seven years ago.

A humble, polite and very human champion, he will be sadly-missed by friends, family and team-mates; to all of whom PEZCyclingNews wishes to express our sincere condolences.

Frankly Frankie: The Worst of Times?