I often slant my New Year’s day editorial to a hopeful look ahead, but as I’m still in that phase of teaching my kids the basics of good family life, I’m reminded that I’m not too old to learn a few things myself. How these will impact my future remains to be seen, but hopefully some of these nuggets will keep me on the right path…

• My first hours of January 1st 2012 were filled with the cries on my (then) 2 year old daughter as she awoke with a bad cold, which became an ear infection, and prevented any sort of meaningful sleep for my family for 6 days.

• My last month of 2012 was filled with the cries of my entire household as we all battled the worst cold/flu season in memory. December 24th was my first decent night’s sleep in weeks.

• The torturous effects of sleep deprivation can not be under estimated, nor can the benefits of one single night of good sleep be overestimated.

• Spending 10 days in Maui in the middle of winter changes everything (except the sleep habits of a 2 year old.)

• Climbing the Stelvio is a lot easier the second time, and actually fun when you’re not going solo.

• The cobblestones of northern France enroute to Roubaix are not any easier the second time around and in fact not fun at all – regardless of how many people you’re riding with.

• The hot showers at the Roubaix velodrome are an even better reward for a long hard day in the saddle with your mates than a cold beer. 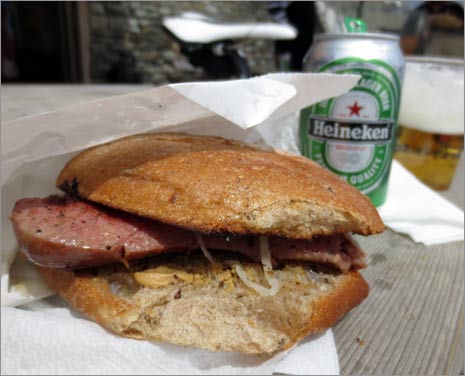 • A grilled sausage panino from a roadside vendor really does taste better at 2700 meters.

• It’s bad enough that cycling (like any professional sport) has its share of dopers, and that ours has taken its biggest blow ever thanks to Lance & co. But it really sucks that cycling’s governing bodies didn’t do their jobs and sort this out when it was all happening.

• It sucks even more that today’s new generation of riders are the ones really paying the price as sponsors find less controversial places to spend their marketing budgets, and races, teams, and job opportunities disappear.

• Six hours on a bike that’s not fit correctly is like a much more intense version of sleep deprivation – and a lot more painful.

• Just when you think you know everything about a cocktail, someone suggests aging it in an oak barrel, and you’re back to square one.

• In spite of all the numbers Google Stats can throw up regarding site audience numbers and readership, there is no sweeter reward than a lone PEZ-Fan emerging from the crowd to say hi.

Thanks to everyone for joining us in 2012, and here’s to a safe, healthy and prosperous 2013 to PEZ-Fans everywhere. I’m working on a brand new site design that should be live in the next few weeks – so keep your eyes peeled for even more of what I consider a good thing.

Andy Schleck Gets PEZ’d Some More!

Toolbox: Survival of the Healthiest