Cycling has seen tremendous growth in the last decade, whether through an appreciation of fitness, or making cities more liveable, or by new technologies including carbon fibre, disc brakes, and electronic shifting at ever-lower price points, and through interesting and exciting new events.

While professional cycling continues to lurch through crisis after crisis—the UCI vs. ASO; the disappearance of classic races; financial instability of top pro teams; the tiresome doping scandals—there has been a sea-change on the amateur scene. One needs only witness l’Eroica, the retro experience for which the boundaries of Tuscany were too small to contain, and its global imitators (the Retro Ronde in Belgium, Anjou Velo Vintage in France). Traditional century rides organized by volunteers of modest clubs have become supplanted by professionally-organized timed events as the Gran Fondo movement flourishes. The TOUR Transalp, a week-long amateur event for two-person teams, sells out every June. But this week marks the sixth year of one of the most intriguing and beautiful events, the Haute Route.

Instead of being glued to the television for weeks at a time watching Grand Tours, the Haute Route offers the opportunity for amateurs to get out and do their own ride in an environment that echoes a professional event but without having to actually ride your bike for a living. Sure, there are plenty of bike touring companies offering week-long trips but the Haute Route is a different creature: each edition features seven timed and ranked stages (including a time trial) with professional-level event organisation including medical teams, mechanical support, rolling road security, film crews and, of course, massages. What would thrill me personally is that there is laundry service mid-week! And showers at the end of each stage! 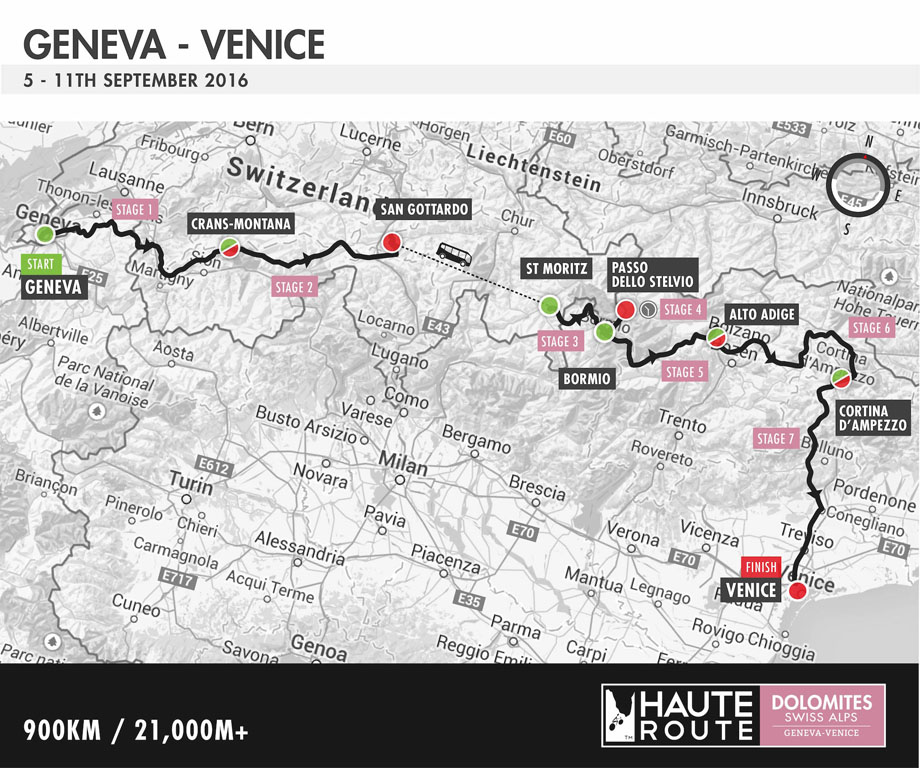 This year there are three week-long events scheduled, with rides through the Pyrenees and Alps already completed and the Dolomite week currently underway. There will be an event in Colorado in 2017. Participants can register in different ways: for one event or all three; as an individual or part of a team of up to nine riders; as a charity rider. Four different tour operators are involved and a range of accommodations are available. For those wanting to sample the Haute Route experience, there are also two “compact” versions available in the Alps and Dolomites of two days each.

This being a social media world undreamt of by newspaperman and Tour de France founder Henri Desgrange, Haute Route offers live video of the event and a choice Video of the Day, all in professional quality. At home you have the ability to follow a specific rider and check on results. Hundred of cyclists take part, representing more than 50 nations so far. It appears that in addition to the hammerheads chasing for high placings each day there are those willing to take it easy and enjoy the fabulous scenery and the perks. But there is a time limit each day and an official Lanterne Rouge to encourage riders. 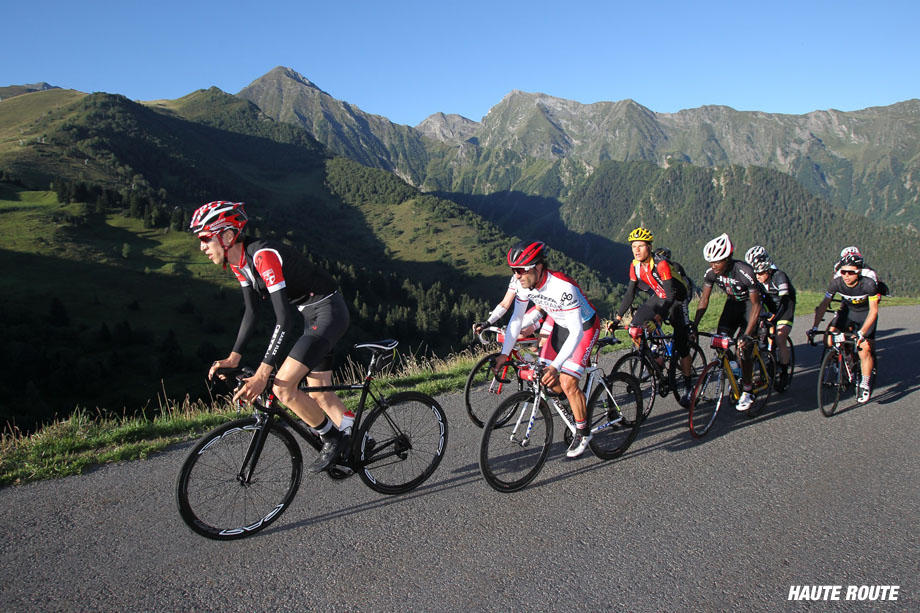 There is a Road Book for each event, motorcycle escorts, safety briefings—in short, everything you would want in a pro race without a) having to qualify and b) having a Directeur Sportif shout withering remarks at you from a team car, to say nothing of having to give up a wheel to a better-placed teammate. Each evening there is a party with drinks, something Alberto Contador is not enjoying. 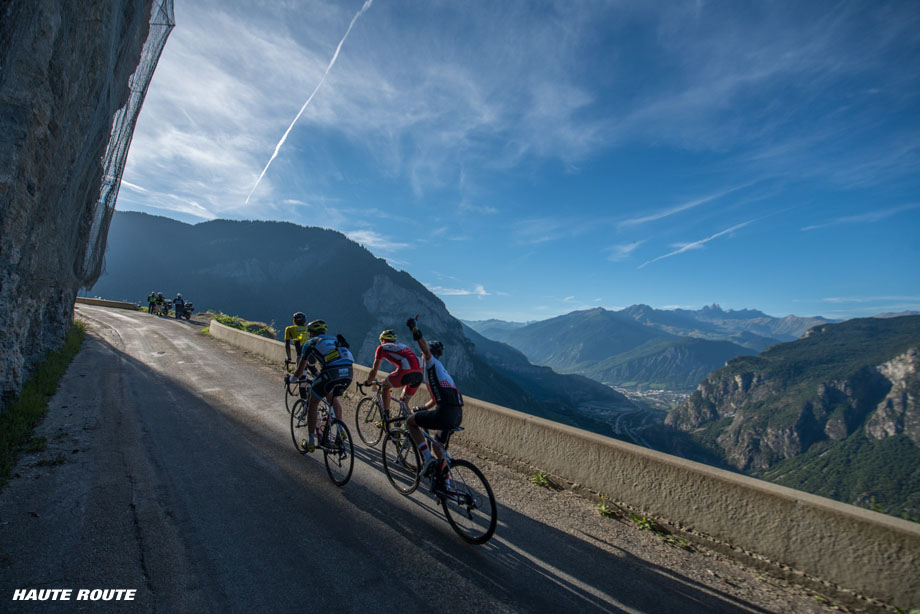 “Anyone can do it!” says the website and offers up testimonials from participants described as “rookies,” “enthusiasts” or “serious.” “Anyone” is pretty doubtful as we are looking at 20,000 m of climbing each week and a pretty earnest commitment to training. There are no fat people in the videos but from the testimonials a surprising number of formerly obese have found new meaning in their lives. That said, having ridden many of the sections offered in the Haute Route experience, I can vouch for the unparalleled pleasure (well, and some pain) of cycling these roads. To be part of a team, living the pro experience in the best sense, would have made it even better. 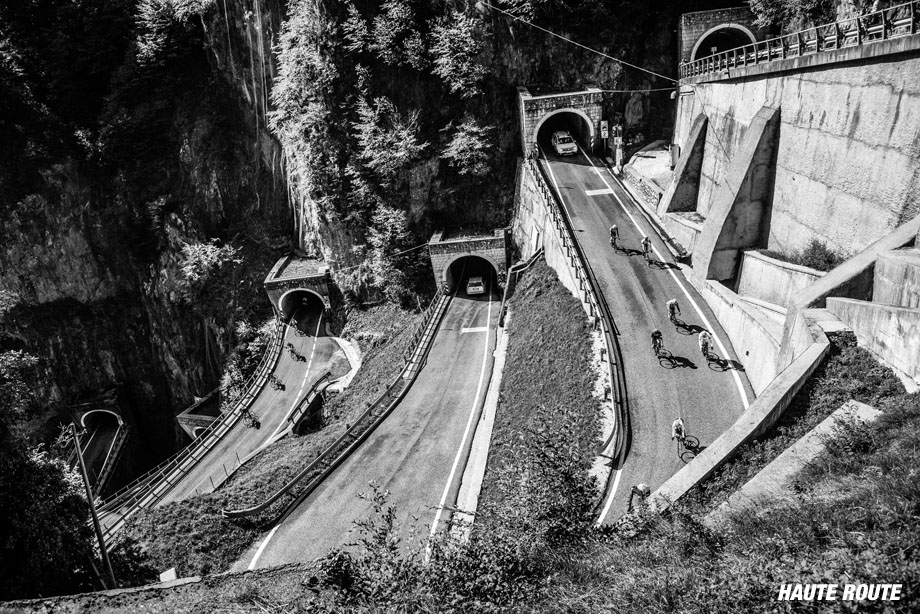 The packages offered are not inexpensive but considering what is included, not only in terms of support but even luggage and clothing, it would easily be appropriate for most enthusiastic cyclists as a once-in-a-lifetime thing. After all, we are in a world where $8000 bicycles are not unusual and, as we all know, equipment is secondary to the experience. 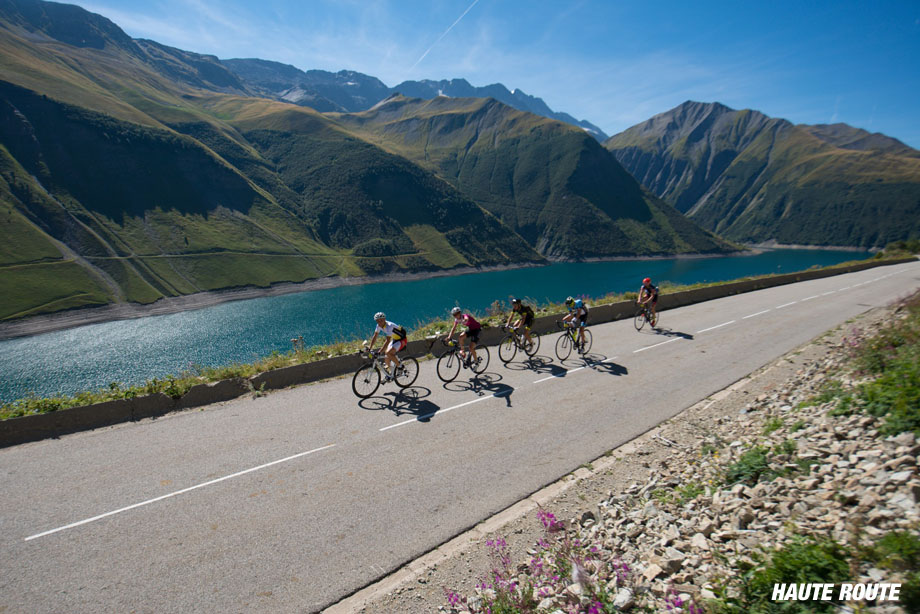 For more information and registration for 2017, check out: www.hauteroute.org and the daily video updates on YouTube. The Haute Route Dolomites Swiss Alps from Geneva to Venice takes place from September 5-11, 2016. 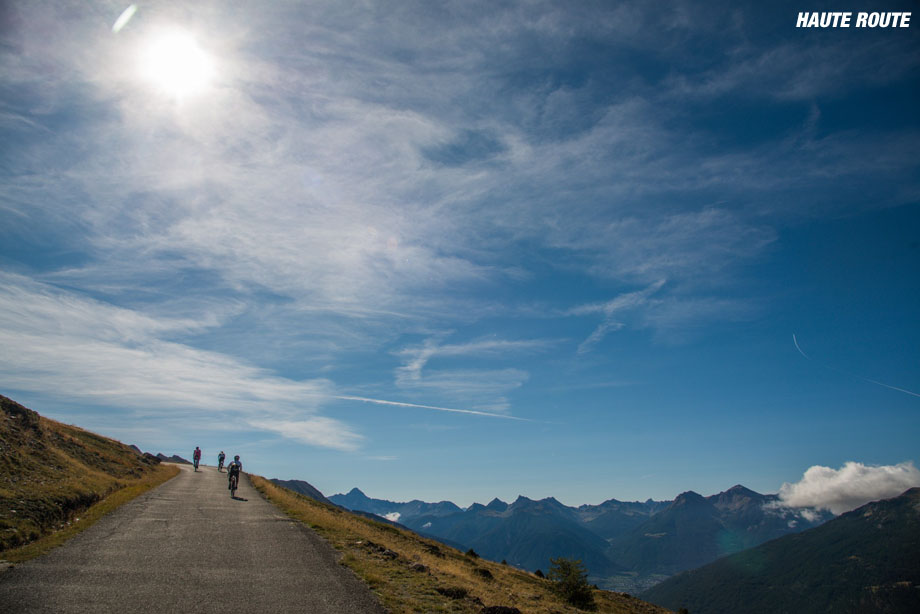 In North America, at least, most pro cycling fans are themselves riders. Events like the TransAlp or the Haute Route offer imaginative and exciting programs, using the latest technologies and expert organization, for fit amateurs and one can imagine this is only the beginning, an alternative universe of cycling. 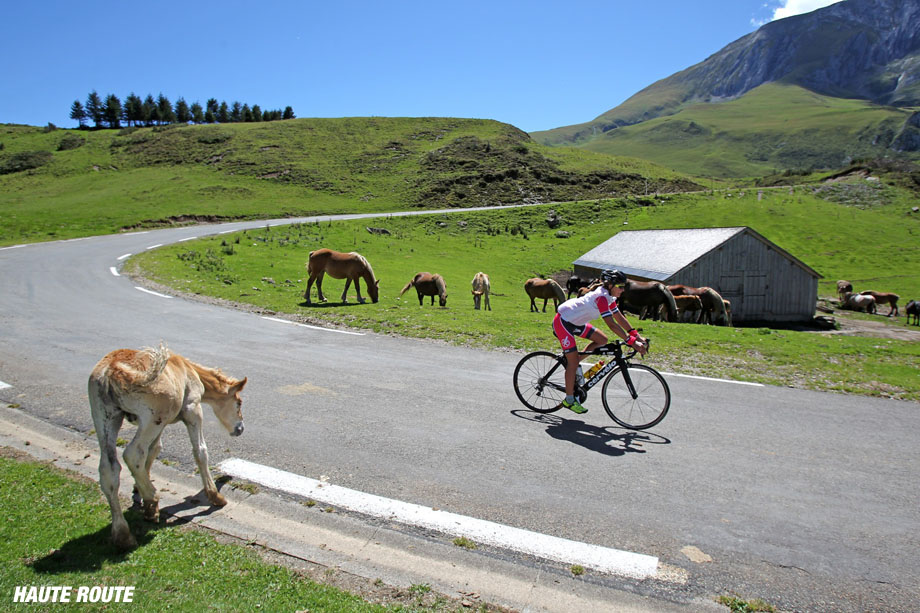 When not wishing he could write testimonials as “a formerly fat cyclist,” Leslie Reissner may be found enjoying drinks parties at www.tindonkey.com.