The PEZ Welcomes 2015 with an inspired look ahead, and some unexpected insight from his 8 year-old daughter.

I threw my back out on Christmas Eve, and spent the past few days physio-ing, medicating, and negroni-ing myself back to normal. Later that night, when all through the house not a creature was stirring, I got up to answer nature’s call. I discovered that I could barely move, due to the excruciating bolts of pain shooting through my back and down my legs.

I employed the help of my good wife – Mrs. Pez, who dutifully acted as my walker/ crutch on my way to the bathroom. Shortly thereafter, the pain being too much, I passed out on my bathroom floor – taking Mrs. Pez down with me and arising such a clatter.

As I lay on the floor looking up at the dark ceiling and assuring Mrs. Pez I was ok, my daughter Alessa appeared above me – staring down looking startled and concerned.

“Dad – I think I heard Santa and his Reindeer on the roof…” she said.

Even in the face of some pretty strong evidence that questioned the very existence of the man who’s come to define the Spirit of Christmas (i.e.: me lying on the floor) – she stood by what she believed in her heart.

I like that kind of conviction, and I realized I feel the same way about pro cycling.

Looking back at the year finished, and ahead to the next as I do at this time each year, I consider some responsibility as the editor of this journal to assess the state of our beloved sport. It’s impossible to avoid the doping issue, because it still exists, and because people and cultures just don’t change as quickly as we sometimes want. Is the battle to clean up professional cycling being won – and more importantly – should we let it affect our love of the sport?

We know that the drug cheats are still out there, and until we pass through a long long period of no failed dope tests (and I’m talking years here) it’s fair to assume they’ll remain a part of the sport. Like any professional venture driven by corporate profits – it’s impossible for me to believe that cheating in some form will ever be eradicated.

But like my daughter, I’m not ready to turn my back on the cycling – and its spirit – either. I do hope for an even playing field, and while I do think it’s more level than it’s been in decades, I’m not naïve enough to think that the greed-driven problems have been, or will ever be, removed.

But what has not been spoiled for me, is what I love most about watching any race – the moments of competition that play out on the road as each contest unfolds. The thrill of seeing the unknown reveal itself on two wheels – whether it’s across the capi that lead to via Roma in San Remo, the bergs and cobbles of the Northern Classics, the stunning scenery and travel-inspiring stages that play out over three weeks of the Grand Tours on the roads that have defined our sport for a century… Each race is an episode in a never–ending series that changes characters every few years, but shares an ongoing plot of men engaged in epic battles on two-wheeled steeds. And that thrill I get each year as each race approaches and unfolds before my eyes remains as strong as ever.

Maybe I romanticize the sport too much, but then I’ve never been a ‘glass is half empty’ kind of guy, but I know that sentiment is shared by a great many PEZ readers. 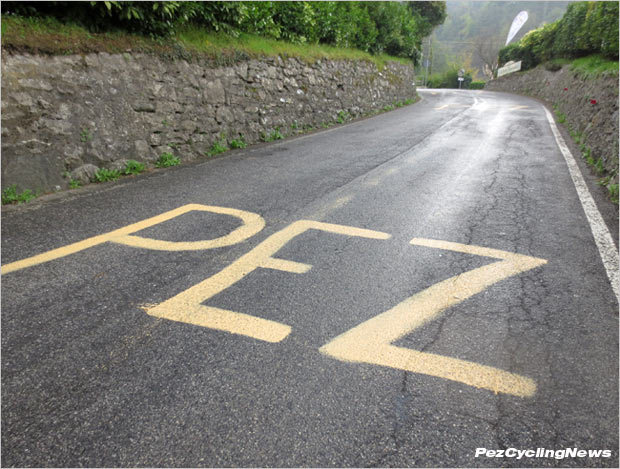 So here’s to 2015 – and a cycling season that I hope delivers some great racing, fewer crashes, and the right mix of inspiring rides from new faces and old favorites.

Thanks to everyone for joining us for another year of roadside fan-dom, and thanks to our long list of dedicated advertisers who value your business so much that they’re willing to spend their own marketing dollars to connect with you on PEZ. You really do make this website a reality – and allow the PEZ-Crew and myself to indulge our endless love for cycle sport.

Happy New Year and thanks for reading –
Richard Pestes