Oh my, it’s good to be back: Back to Belgium and the roads I know so well. It is a familiar feeling being here. I guess it has something to do with spending more time in this land of cobblestones and beer than anywhere else over the last five years. Let’s go into some details into how this adventure was restarted…

Where Has The Homeboy Been?
Last year was a busy year for me. After staying in Houston, Texas during the winter I moved to Hamilton, Ontario, Canada; home of the 2003 World Championships. During the 2005 season in Belgium this Homeboy met a very nice Belgian/Canadian Homegirl, Holly. Things went quite well I suppose as I moved ship to Canada and in October of 2006 we were married. We made plans to stay in Hamilton for a while and I was searching for a new team for the 2007 in the US.

A Last Second Hail Mary
So it is the middle of November and this Homeboy was getting a little nervous about the 2007 season. I took the first half of the season easy, but trained well at the end of the year and rode well enough to take a 2nd place in the last race of the year in Ontario. My form was good and I was ready to find a team for 2007 in the US. But, alas, it would not happen. I exhausted just about every contact I had and things looked quite grim for 2007. 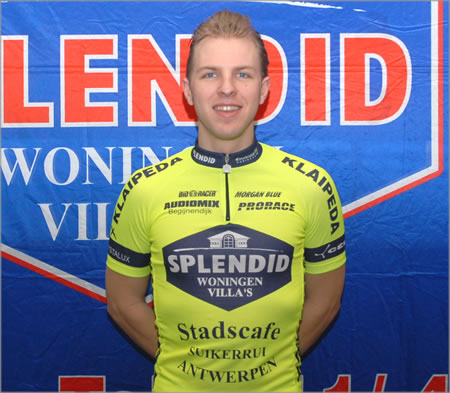 Germer pulled down some good fortune and makes his grand return to the hard roads.

It was the 1st of January and with a New Year came a new outlook on my cycling season; which I had completely written off. While wishing friends in Belgium a Happy New Year one of my friends asked me who I was riding for in 2007. I said no one and she told me to contact a team director, Patrick Tuerlinckx, about riding with his new team, Klaipeda Splendid Cycling Team. So a few e-mails later, a little negotiation and everything was all set. I was going to have to be in Belgium by the 14th of February, a little over a month after I got the green light!

So, after joking with my wife on how I was glad that after the New Year we would have a couple of months without any huge plans our lives were once again thrown into a whirl wind. 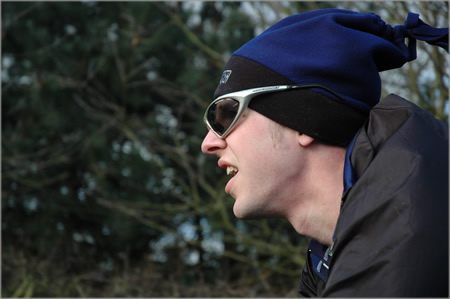 A New Homeland For This Homeboy And His HomegirlвЂ¦
With the new contract in Europe Holly and I decided to uproot our lives which we had just settled into in Hamilton, Ontario and make the move to Europe. So as I write this we are currently selling our apartment in Hamilton along with all 120 volt appliances. We are selling one car, importing another to here in Belgium, planning a cross-seas move, registering in Belgium and going through the whole process of purchasing of a property again. All this in just the last month. It has been busy. 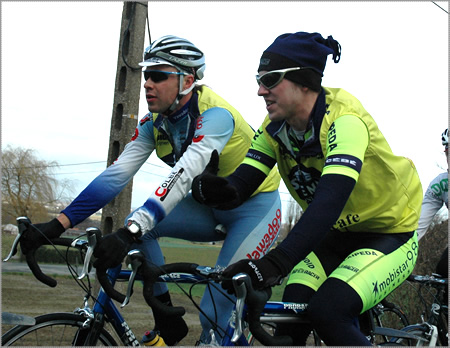 My New Team
A new team always comes with a bit of apprehension. It is kinda like a new year at high school, the setting is the same but the situation is a complete unknown. I knew the team director Patrick Tuerlinckx from my time on Flanders Pro Cycling when he was one of the sponsors. Also the assistant director, Petra Decanniere, was the same as in Flanders, but other than these two people and one rider everything else was new. 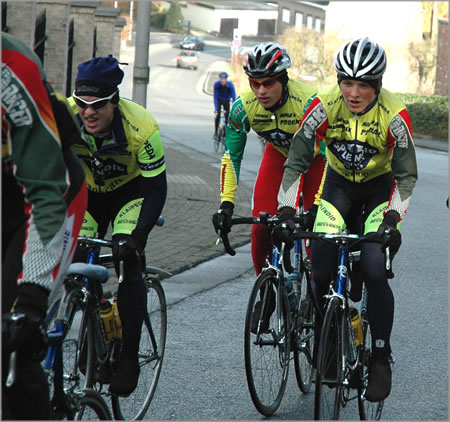 The team is a mix of Belgian and Lithuanian riders with myself, American, and one Dutch rider completing the team. Klaipeda, the co-sponsor, is a coastal city in Lithuania and Splendid is a new home builder in Belgium. I am starting to feel like a veteran rider of Belgium as most of the riders from Lithuania are only 18 or 19 years old, with the oldest 21 years old. Still, the team is meshing well and after two weekends with team training.

The Team Presentation
This was the first time I have done a formal team presentation I was not sure what I would be in for. After some formalities and introductions each rider was brought out and introduced to the gathered crowd. Being in the back I figured they would just bring you out, talk about you, do a few smiles for some photos and then on to the next rider. Boy was I in for a surprise. 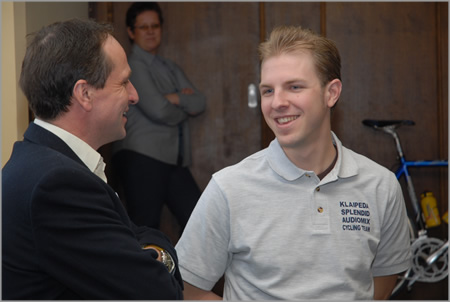 Gregg does some double talk: Englutch.

Once out in front of the crowd I had my team director do a little talk about me and then Philippe Maertens, a Belgian TV commentator (the equivalent of Phil Liggett for us English speakers), started to ask me a few question…in Dutch, but then repeated it in English. I then proceeded, albeit very nervous, to reply in my best Dutch to the questions, much to his surprise. The rest of the Q & A went on in a mix of Dutch and English that for some reason seemed to work out despite the blend of languages.

Back To The Big Time
Klaipeda Splendid has a great schedule of races, with some large 1.HC races scheduled. I am definitely psyched to be back racing in Europe. It is a place I really enjoy racing and the level is so great that it presents a great challenge ever singe time you line up for a race. For me it is going to be my make or break year. I have set some pretty high expectations which I am going to need to meet if I want to continue on the career path as a cyclist. 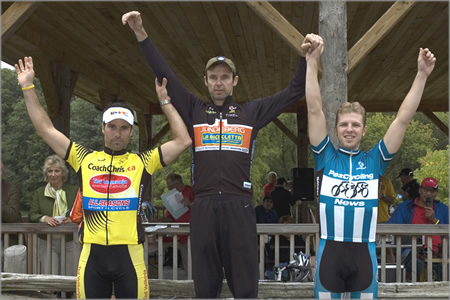 To all those who have followed my Homeboy series on PEZ, thank you for reading, and I plan to have a lot more in store in the coming months.

Keep well and keep the rubber side down.

PEZ: In The Team Car