In our expanding series on winter training options, our Heidelberg Homeboy Jered Gruber is heading to Argentina for some solid February miles and extends an invitation to all PEZ-Readers…

We’ve seen a couple of opportunities available to the winter cyclist in terms of training camps: there’s the Do It Yourself, method, and there’s the head south to sunnier American climes to an organized event (Read story here). Alright, alright, I’ll call that and raise you.

Go South Young Man
For some of us, training camps are more than just heading to a warmer environs to mix it up with our Arizona or Cali cousins. Some of us long for more – a drastic change of scenery, something bordering on exotic, but with the same doting upon by experienced coaches and professionals, and of course perfect weather. There’s a land far south from here that offers everything for all levels of cyclists: Argentina. I’m planning on beginning my 2005 campaign in Argentina, with a focus on preparing for the big UCI stage races that dot South America, and provide some of the hardest racing this side of Belgium – Belgium doesn’t offer 12 day, 2000 km stage races though.

Mike Fraysse Sports, in conjunction with the Pan American Confederation, will conduct training camps for road cyclists of all abilities in Mar del Plata, Argentina, from February 5-27, 2004. Riders can register for between one and three weeks, in one-day increments (with a minimum participation of seven days). Elite Latin American and US coaches and riders will be on staff at the camp to provide an exciting environment for training. Accommodations will be at the beautiful Intersur Hotel 13 de Julio. 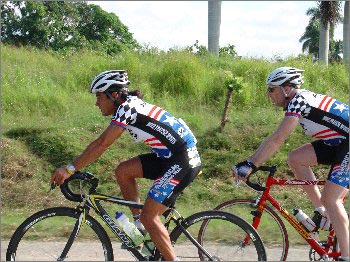 Mar del Plata is located about 5 hours southeast of Buenos Aires on the Atlantic Coastline at Cape Corrientes, which stretches over 29 miles and represents the perfect combination between metropolis and nature. Mar del Plata is the leading seaside resort in Argentina, and is noted for its beaches, colorful parks, and one of the largest casinos in the world. In Midsummer (January and February), large numbers of people from Buenos Aires come to the beautiful seaside resort seeking cooler temperatures and the blue ocean waters. Worry not, as these hordes confine themselves to beaches, casinos, and disco’s. You’re there to train, and train you will. There will of course be time for fun sans the bike, but the people at Mike Fraysse Sports will make sure to keep you focused and having fun on your velocipede, and hopefully out of the casino.

For the training camp side of your trip, Mar del Plata serves as a gateway to Argentina’s famed Pampas, as well as an excellent variety of terrain for training. You will be fully supported and accompanied on your training rides allowing you to get the most of your training camp, and hopefully returning to the USA with a great tan and some smokin’ early season form. 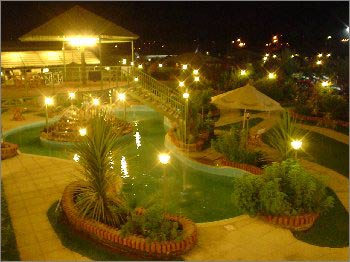 What’s Included
Included in the trip fees ($1595 paid in full by January 1st) are all airport transfers in Argentina between Bueno Aires and Mar del Plata, all inclusive meals and lodging, and an America’s Cycling Team jersey, bib shorts, t-shirt, and bag.

Coaching will be provided by, first and foremost, Mike Fraysse. As founder of America’s Cycling Team (ACT) program and Mike Fraysse Sports, LLC., Mike Fraysse can lay claim to the title of Most Successful Cycling Coach and Manager in the United States. Fraysse was Director of USA Cycling for two different terms, as well as director of the US Olympic Cycling teams in 1976 and 1984. Under his tutelage, riders have won over 650 events. To date, ACT’s race wins include 38 National Championships, 5 Pan American Games gold medals, 15 World Championship medals and 1 Womens Tour de France. Not bad for one coach. 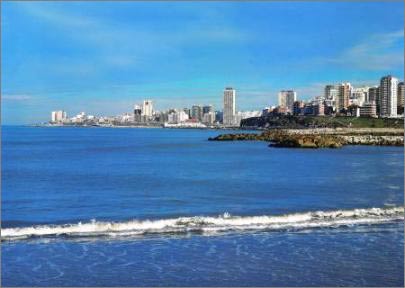 There will also be several other Latin American coaches as well as a number of elite riders to further help the training camp attendees. No question will go unanswered as a virtual brain trust will lend advice, opinions, and ideas accrued through enormous experience to give the rider every opportunity to make huge jumps physically as well as mentally in a short period of time. These camps are not geared only for short term physical gain – though that is an excellent by-product of the hard work that will be done. Riders will take with them a burgeoning knowledge of their sport, which will serve them for years to come.

For more information, check out the trip in detail here:

Or shoot [email protected] an email!

Tell them Pez sent ya!

For all your coaching, entertainment, and picture needs: www.JeredGruber.com
Like PEZ? Why not subscribe to our weekly newsletter to receive updates and reminders on what's cool in road cycling?