It was with shock that PEZ staff learned that Team QuickStep’s James Alexander died in Malaysia, early in December, just-after his 50th birthday, of an apparent heart attack in his sleep. Hailing from Forfar, near Dundee in Scotland, James has for many years been the man that Patrick Lefevre trusted to drive his Mapei and QuickStep stars around Europe in those famous busses. James always had a good chat and a cup of coffee for PEZ , but and when we met him at the Tour in July, and he showed us around…

Our thoughts are with James’ family, friends, and his colleagues. He will be dearly missed.

What is 12 metres long, cost Ј350,000 and develops 420 brake horse power? The PEZ yacht? No! The QuickStep team bus, of course! We caught-up with bus ‘chauffeur’ and fellow-Scot, James Alexander at the Cahors dиpart.

James comes from Forfar, around 150 kilometres north of Edinburgh, he’s soft spoken and smiles a lot. His passengers aren’t school kids or commuters – they are some of the most famous cyclists in the world; including one Tom Boonen; “a nice lad” says James.

James drove adventure safari trip buses back in the early 90’s. In 1993 a friend in the business approached him and asked if he could do a “fill-in” stint driving the TVM team bus. And fifteen years later, via Mapei, he’s still gear-jamming across Europe with his precious cargo. We’ve known James for years; he’s had us aboard for coffee before, but this is the Tour and everything is ‘by the numbers’, so we have to clear our visit with QuickStep PR guy, Alessandro. ‘Yes, if James is happy, it’s no problem’, and in no time we’re taking the three steps into another world. 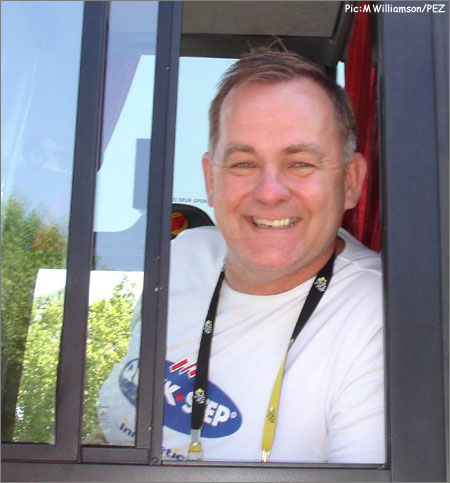 We asked James to tell us a little more about the bus; ‘It was built specifically for the team to Patrick Lefevre’s specification. It’s six speed manual, 420 brake horse power but we have a stand-alone generator system on board with which we can generate both 24 and 240 volts, that means we can run all the appliances with the engine switched off. Take the time trial tomorrow, it would be pretty anti-social from a noise point of view to sit with the engine running all day. But at the same time we need to be able to run the appliances.’ Appliances? ‘Yes, we have a hot water shower, washing machine, tumble drier, full air-conditioning and a coffee machine aboard.’ 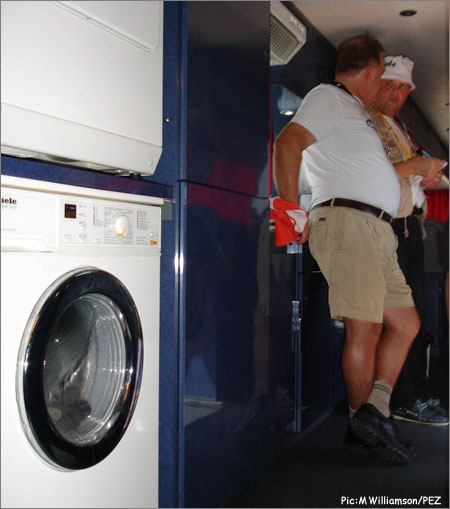 Tell us about a typical day; ‘I’m up at 7.00 with the mechanics, I open-up the bus and give it a tidy. I’ll then make sure I have the route for the day sorted-out. We have sat-nav now, it’s funny, once you have it, you think, “how did we ever manage without it?” Then it’s a case of waiting for the riders and directors; once everyone is aboard we head for the start. 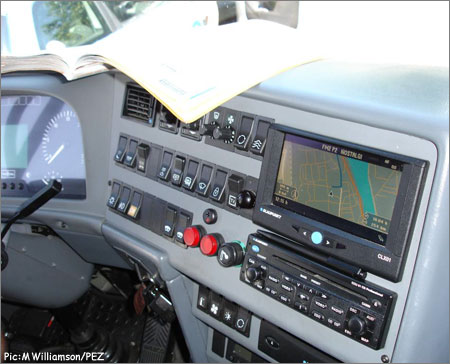 At the start I just keep out of the way; it’s hectic, with riders and soigneurs coming and going. The bus is a sanctuary for the riders, from the heat, the fans . .’ 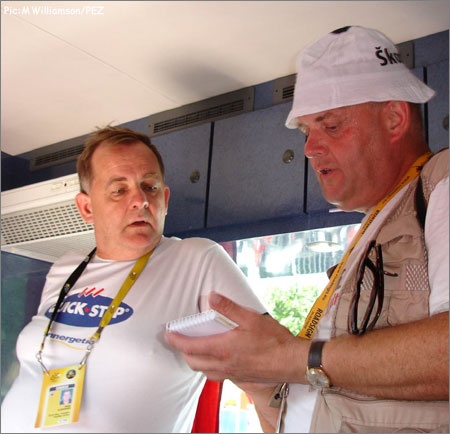 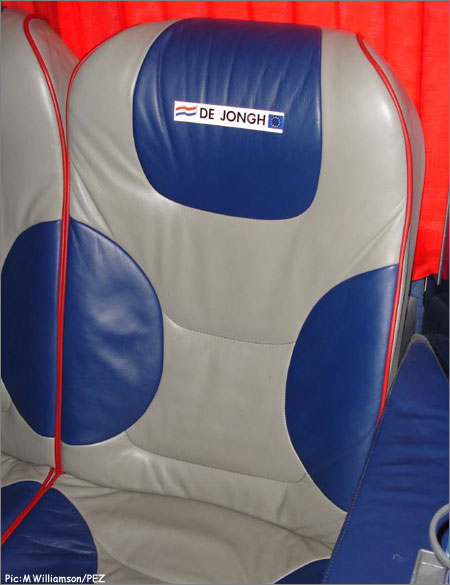 And do the riders have favourite seats? ‘That’s Steven De Jongh’s seat there, and Tom usually sits there’, he points to the two seats. I ask about the flat screens; ‘We have an arrangement with Flanders TV so we can pick that up where ever we are. It’s a static satelite system though, so we can’t watch the TV whilst we are on the move. Once the race starts, I drive to the finish and wait for the guys, then once we have everyone aboard, we drive back to the hotel.’ 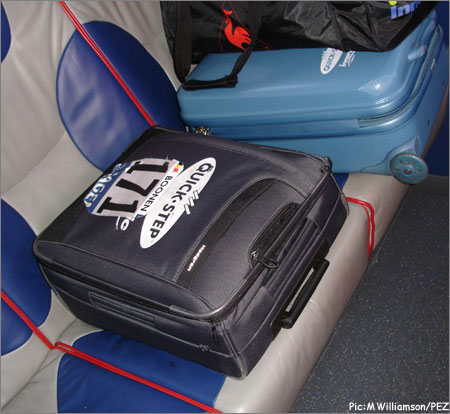 Martin asks; ‘Do you like cycling?’ ‘I was never into it before I started driving for the teams but I’ve always liked sport – rugby, cricket and golf are my favourites.’ The other buses in the car park are firing-up, nearly time to go. 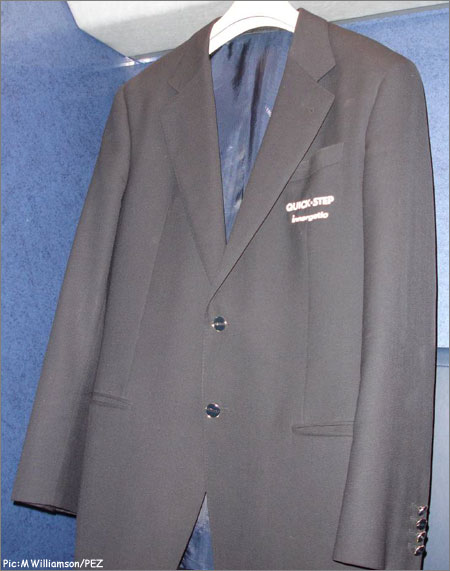 You never know when you need to look gooooood.

What comes after the Tour? ‘I’m going home to Forfar for a little break then it’s the Tour de l’Ain, Eneco Tour and maybe the Vuelta’. And the $64,000 question, do you still like driving? ‘Yes, I still enjoy it.’ As we say our ‘thank yous’ and ‘goodbyes’ I spot a little two burner cooker; ‘It’s not for the riders, Patrick put that in for me, so I can rustle stuff-up for myself.’

Patrick Lefevre specs his team bus up with a cooker just for James?

That says it all really.