Tour de France route selection is based on various criteria – some we know and some we can only guess at – but in addition to geographically moving the race around the country, the parcours are also influenced by towns and regions with the deepest pockets… Every mayor of every town in France knows full well that ‘une grande’ check is often the best way to entice le Grande Boucle into your corner of France each summer.

Simeon Green, who lives in France near Toulouse, gathered some intel from local newspapers concerning the costs and impacts of Tour de France stages. 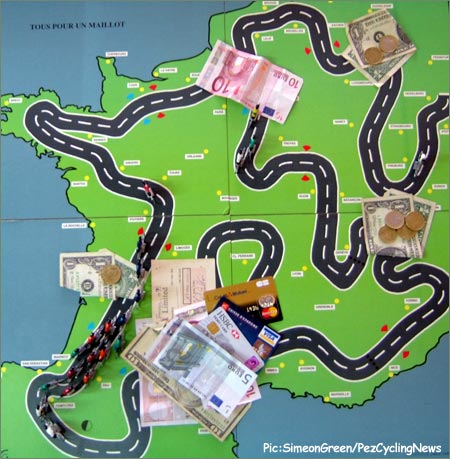 Like most problems, getting le Tour to visit your town can be solved by throwing some money at it.

Every year the Tour finds it’s way around France in something vaguely resembling a circle, starting, stopping, and running through many different towns. Some of these towns are well known while others are small, middle of nowhere one-Citroen ‘bourgs’. So how are the routes, start and finish towns chosen? Besides blocking the roads and stopping Jean-Pierre from getting to his local cafй for a Pastis, what exactly does the world’s biggest race bring to the towns of France? 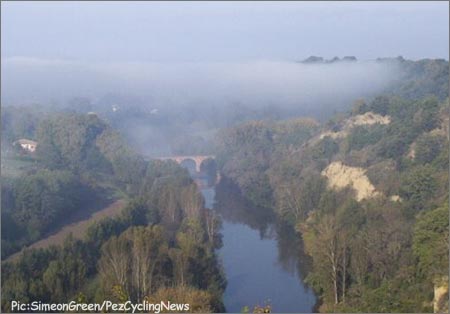 Like most people, if you see these pretty images enough times, you’re gonna want to go there.

What’s All This Gonna Cost Me?
Getting the Tour de France to your town is no mean task. Any town wanting to host the Tour must first put in a bid to the Tour organizer ASO. Simple right? You send off a letter to Jean-Marie Leblanc or to Christian Prudhomme and Bob’s your uncle. Well not quite. If you want to host a stage start you must also find a reported 80,000 Euros. If it’s a stage finish you are after, you need to have a slightly larger mattress to keep your money under. A stage finish costs are in the range of 150,000 Euros. Now, the Individual Time Trial in Albi costs around 200,000 Euro for both the start and the finish (they got it on special offer…). 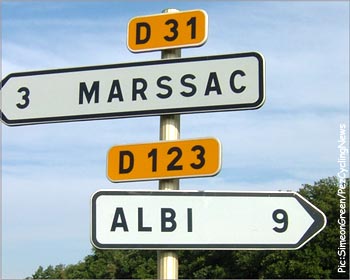 Unlike a lot of places in France, you actually can get there from here.

Where does all this money come from? Well rest assured, they make a LOT of Croissants in Albi. In fact the money comes from the town itself, as well as the region. France is divided into many different regions (a bit like counties in the US) and then into departments (a little like states). In the 2007 Tour for example, let’s take the part of the race in the Department of the Tarn. The Tarn hosts a stage finish in Castre (150 000E), a stage start in Mazamet (80 000E) and the Time Trial in Albi (200 000E). The Tour will cost the Tarn Department 430 000Euro! But not all of that money will come from the towns and the Department only. Some of it will come from the Region, which is called Midi Pyrenees. 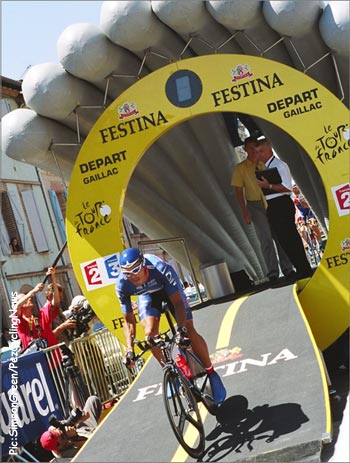 However, the Midi Pyrenees Region also hosts many other stages of the 2007 Tour. In total the Midi Pyrenees region has more stage finishes than it’s neighboring regions, and (according to my rough calculations) is paying out a total of 960,000 Euros for starts in Cahors, Mazamet, and finishes in Loudunvielle, Aubisque, Castelssarrasin, Castre; TT: Albi). Compared to its neighboring regions, (160 000E in Aquitaine to the west, and 380 000E in Languedoc Roussillon to the east for example) Midi Pyrenees is forking out a fair amount of money.

So what’s the deal? Did the Midi Pyrenees region just win the lottery? Nope, the Tour is, like most things in life, a Business. It’s a big old rolling Billboard and Advertising is the key word here. The Midi Pyrenees is a big tourist area, with many ski resorts, historic monuments, old towns, hotels and the Region estimates that it will gain a lot more back in tourist euros than it is paying out thanks to the Tour. 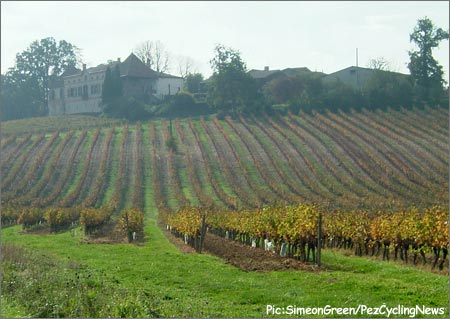 Selling Some Sizzle
How do a bunch of cyclists zipping up and down the local roads bring in SO much money? Well, the entire race is televised, and the TV crews do a good job of showing off the scenery and local castles and monuments. The Tour is now broadcast in some 150 plus countries. And it is not only the spectators coming into the Region to see the Tour itself who will bring in the money. The investment is much longer term. People thinking of going on vacation to France (or French people thinking of going to another part of France) will get to see a lot of the region on TV beforehand, and will hopefully plan their family vacation in Midi Pyrenees.

The South of France has also seen many English and Dutch people buying vacation and retirement property. Seeing the region on TV might make them consider retirement here rather than some other Region or country. The Midi Pyrenees area is also becoming better and better known for its wine and fruit production. It must be said it is better known for its wine. There are endless vineyards in the Tarn and even Laurent Jalabert has his own wine. The Tour quite simply puts these towns on the map (so to speak). Not to sound like a bad Hollywood movie here, but “you gotta spend money to make money”… even in France.

PEZ JERSEYS: NOW Back IN Stock!