The Olympic Games are well and truly underway, how can we tell? There is a cart load of controversy, accusations and sniping… Lee Rodgers, not a man to walk away from that kind of thing, has his two-penneth worth on the backstage events to clarify some points and stir the pot of Olympic shambolism.

“It is proof of a lack of good manners and upbringing. We strongly demand an apology from this swimmer. There is a line somewhere there where people should be free to compete in tranquillity,” said one of the managers of a swimming team competing in the ShambOlympics in Rio. 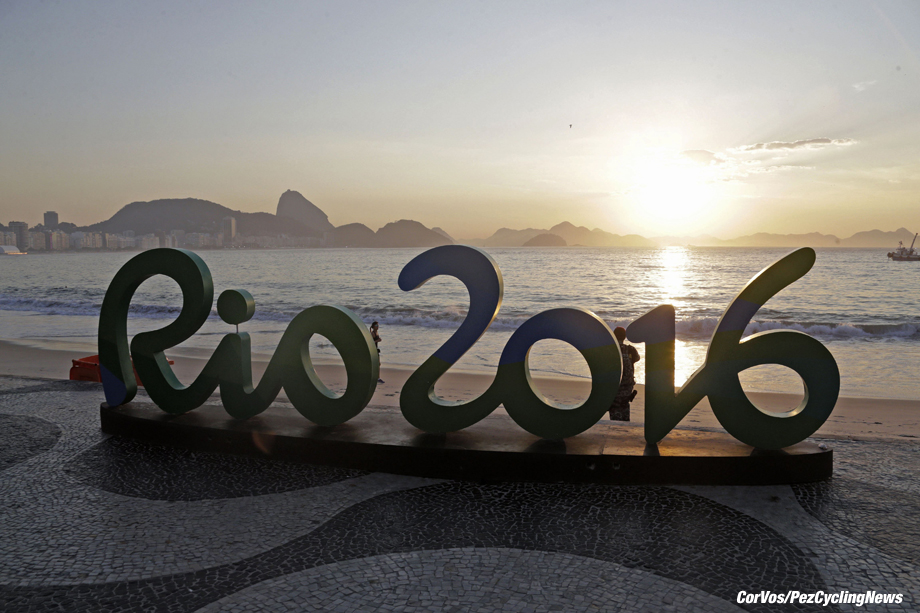 The Rio Olympics are not all Copacabana Beach

If I told you that this came from a manager who was speaking about an athlete that had doped and upset his clean team members, you’d applaud him right?

Well, guess what, this is quite the opposite. This came from Chinese team manager Xu Qi, who was responding to what he considered a slur by Aussie 400m freestyle gold medalist Mack Horton, who openly referred to Chinese silver medal winner Sun Yang as a ‘drug cheat’ (he received a three-month suspension in 2014 for taking the banned stimulant Trimetazidine), and talked about his desire to beat him during the post-race press conference. “The last 50m I was thinking about what I said and what would happen if he gets me here – I didn’t have a choice but to beat him,” said the Australian star.

Chinese social media erupted, with one commentator rather imaginatively saying that he “hopes Horton will be killed by a local kangaroo,” as opposed to an out-of-state Kangaroo, I suppose. Others were more verbose, such as @ulubaby, who really spit some feathers: “Did Australia’s Horton have such a bad upbringing? No quality! An athlete has no sports morality! How is he qualified to win the gold medal! How can you slander us!!”

‘Lack of good manners’! ‘No sports mortality’! The Ironic-O-Meter flat out exploded and will be out of order for a good month. 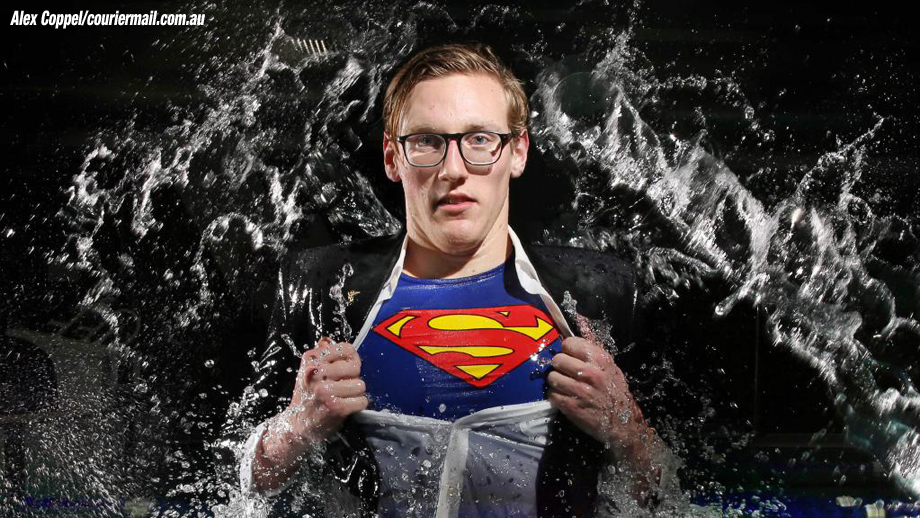 Horton’s comments are absolutely spot on, no doubt, and the encouraging thing is that this seems part of a growing trend – at least in non-bicycle related sports, and specifically swimming. The USA’s Lizzie King, who yesterday won the 100m breaststroke final against (guess who! – yes another doper, Yulia Efimova of Russia), was asked whether she felt that sprinter Justin Gatlin should be competing in Rio. Her reply was succinct. “Do I think someone who has been caught for doping should be on the team? No, I don’t.”

Earlier Michael Phelps was at it too. “You’re probably going to see a lot of people speaking up more. I think something needs to be done,” said Phelps. “It’s sad that today in sports in general, not just only swimming, there are people who are testing positive who are allowed back in the sport – and multiple times. It breaks what sport is meant to be and that’s what pisses me off.”

Wait… Three athletes saying that athletes have no right to remain on the team if they dope? What the…? Where’s the Omertà when you need it! What about their jobs? What about their standing amongst their peers?

You have to ask why non-cycling professional athletes are ready to grow some balls and do the right thing, if they are clean, and come out and criticize those who are proven dirty who take their medals their podiums, their money and their celebrity, whilst cyclists are not. Cycling, it could be argued, is perhaps the most insular professional sport in that the riders spend all day in a race, often the same races all year more or less, very closely together. It is a team sport unlike much of the rest of athletics. Its members are often pretty well remunerated, comparatively speaking, when compared to most runners, swimmers and javelin throwers. Also, most managers are ‘former’ dopers (though I prefer to say ‘lifelong cheats’) and a criticism of fellow riders is, in turn, a criticism of their bosses. And of course, rampant drug use has been going on in our sport since it began just before the 1900s. We have a golden rule: Do not spit in the soup, or you will be royally f*&%ed up.

However, there are exceptions, when the stars of the sport line up against a particularly bad example of a rider using banned substances. Mark Cavendish’s line that he hoped Riccardo Ricco would be raped in prison is the strongest, but similar levels of opprobrium were dished out to riders like Di Luca. However, more often than not the whistleblowers have received far harsher treatment, such as when Armstrong chased down a break containing Filippo Simeoni at the 2004 Tour de France, after the Italian had testified against Armstrong’s doctor, the infamous Dr. Ferrari, in a court case.

Actually, it has always fascinated me just how much the British and Americans, in particular, save their most vicious venom for Italian, Spanish and South American dopers, when their own dopers get a far easier ride. More than just a hint of discrimination and bigotry in that relationship, I feel. Check out this image from Tejay Van Garderen’s Twitter, it’s a cracker! 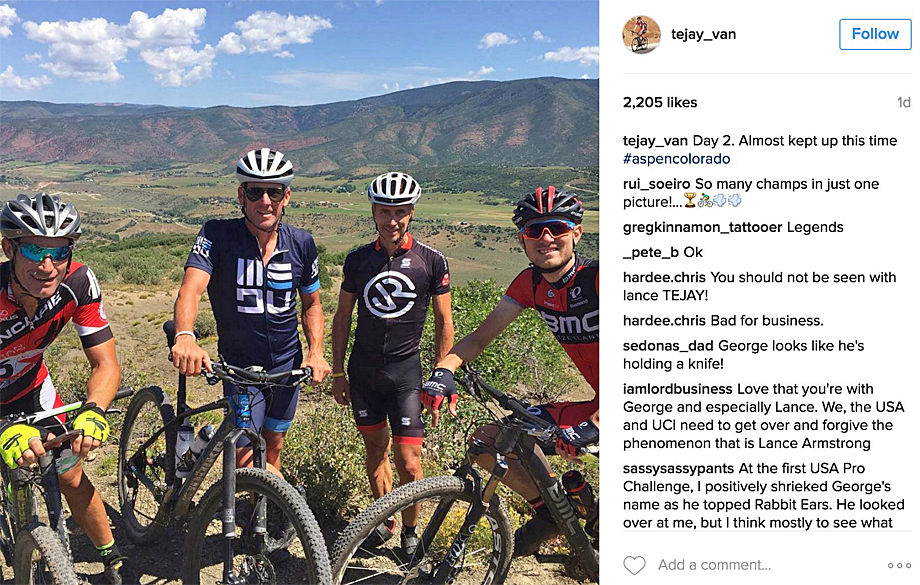 Anyway, back to the ShambOlympics. In the men’s road race there was one participant who re-ally should not have been there, and I am not talking about Valverde or GVA, *cough*. No, the man I am referring to is Serbia’s Ivan Stevic. If there is one rider about whom we know is dirty as Donald Trump’s under gusset, it is Stevic.

Here’s what was found when the police raided his house in 2014 as part of the Drugs For Oil case.

And that’s just what he had knocking about. CONI requested a lifetime ban but hey, guess what, he refused to attend the hearings and ultimately served just 2 years and was back in, like a diseased hand slipping perfectly into a poisoned glove, straight away.

Did any current pro complain? You know the answer. 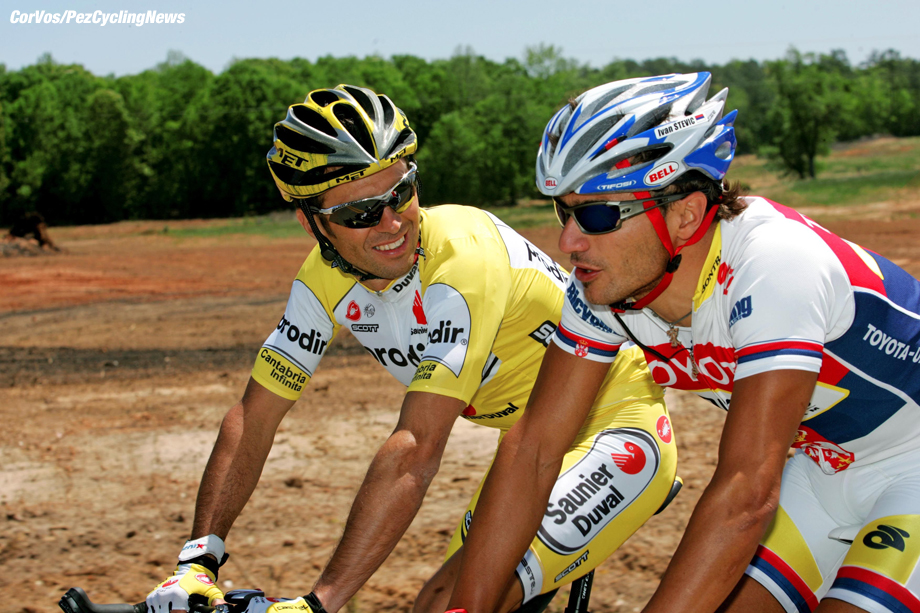 This article would not be complete if I did not mention Lizzie Armitstead and her non-compliant phone, which so how switched itself to silent just at the same time that the testers were coming round to get her to pee into a bottle.

I do not know whether she doped or not, but I do know that, even if the CAS decision was correct in squashing one of her missed tests due to the incompetence of the testers, she should have withdrawn herself from the Olympics. Athletes, especially the clean ones, have a responsibility not only to their teams and their managers and their palmarès, but also to the fans and to the sport itself.

Not once have I heard of an athlete taking the decision themselves to step back from competition whilst a case is being debated, or to come out and inform the public that they have been suspended if a governing body has not made the suspension public itself. It’s interesting to note that Armitstead was suspended and that this was not made public, and that she only challenged one of her missed tests when she was told she could not compete at the Olympics. This might suggest that she felt that a short suspension was worth taking rather than the blowback she’d have received had it been made public. 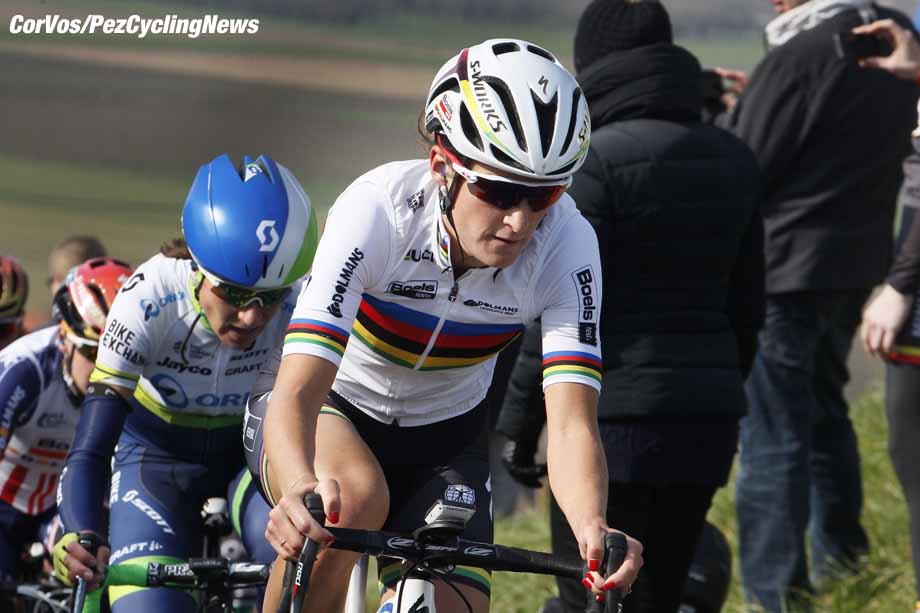 If you’re sitting on the fence about Armitstead’s excuses, you might want to read this. Very interesting perspective from the wife of a pro rider and the lengths they go to, to be sure her husband does not miss a test.

So, come on cyclists, the clean and the mighty, get out of the cupboard and take off that muzzle and start shaming the drug cheats, demand much longer bans for doping, and state your support for these testers who I am sure have way better things to do than watch urine emerge from your respective delivery systems.

We need you to do this, cos no one else is going to…