Lowdown: They say a change is as good as a rest, well Lee Rodgers has taken it to the next level to tackle the Mongolia Challenge for the fourth time. This week’s Lowdown is not the normal Lowdown, but you have to try something different from time to time and Mongolia looks pretty good.

I remember sitting with the other participants of the 2013 Mongolia Bike Challenge by Selle SMP, my first time at the event, all wide-eyed and electrified at the prospect of racing my brand new MTB (it had been 20 years since I’d ridden an MTB, never mind raced one). I looked up at the staff in front of us with a sense of marvel, wondering just how in the heck they got to be so fortunate to be working on a bike race here, of all exotic places… 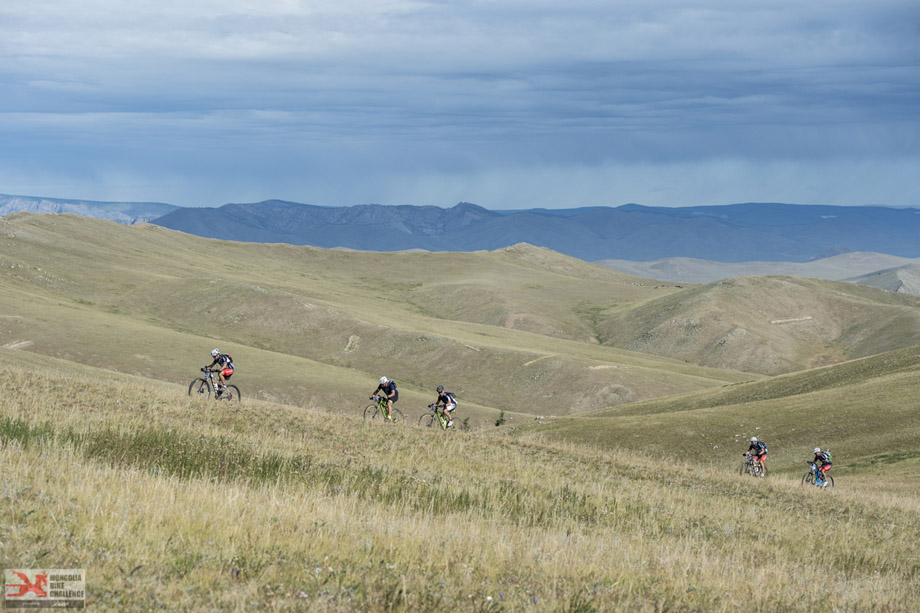 Fast forward to today, and I’ve just returned from my 4th consecutive MBC, having worked on the last three as the Communications Manager and official coach for the event. All that came about thanks to an article I wrote back in 2013 about my experiences riding through the Mongolian landscape, dealing with a double whammy of dysentery and influenza, but still having an amazing time, in spite, if you can believe it, of having to drop my bibs every 20K over the first four days. To be honest, I still need to pinch myself every once in a while to believe that I get to go to such an intriguing and astonishingly beautiful place every year, to work and to meet up with my friends, the race director and the rest of the MBC crew, and to meet the fresh faces, the adventurers and dreamers who make up the participants. 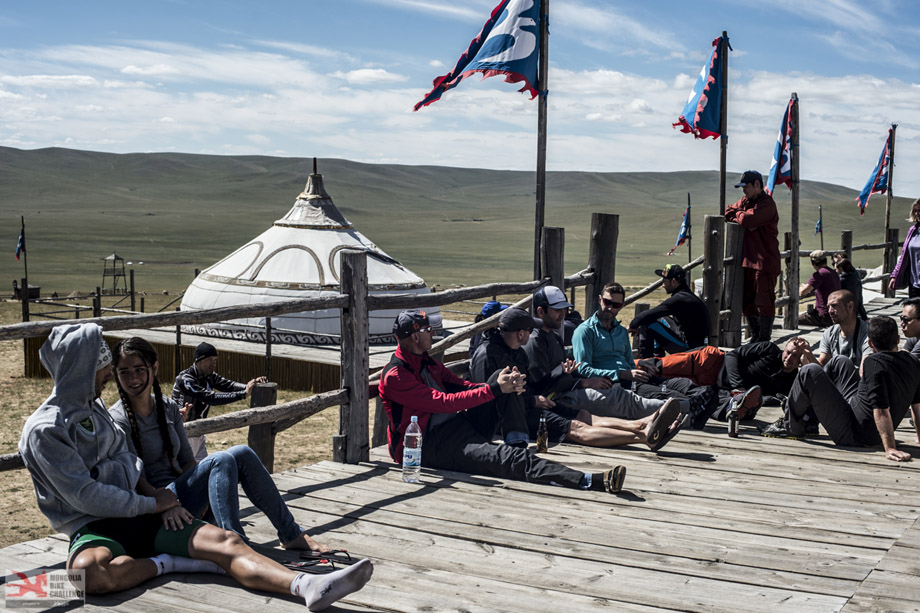 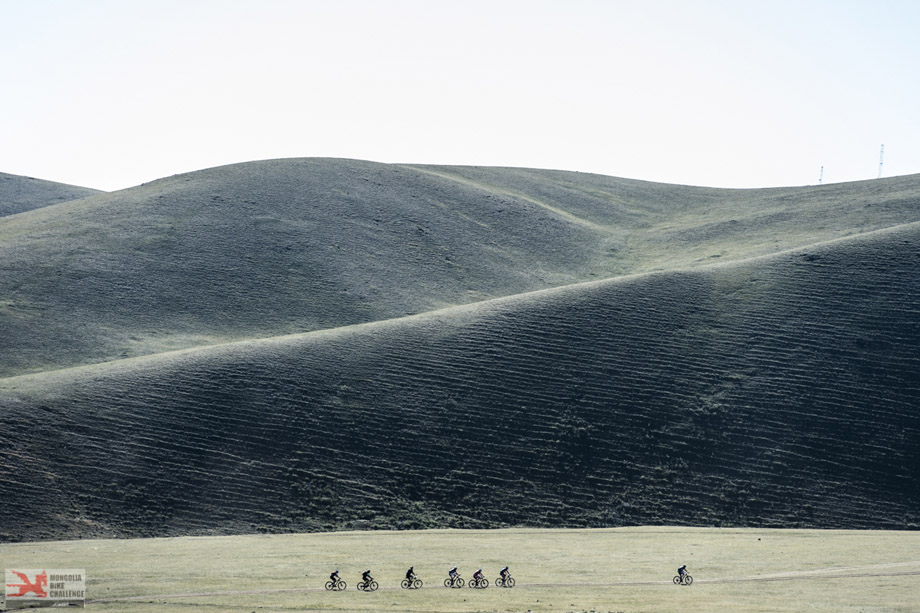 The MBC is indeed a bike race, and though it’s not UCI-affiliated (a conscious choice on behalf of the race founder, Willy Mulonia, to keep the event as unmolested and intimate as possible), the top of the field fight hard for the coveted Pink Jersey of GC leader. Whilst there are no UCI points on offer there is a huge dollop of kudos that comes from winning an event that was once described in print as “the hardest MTB race in the world.” 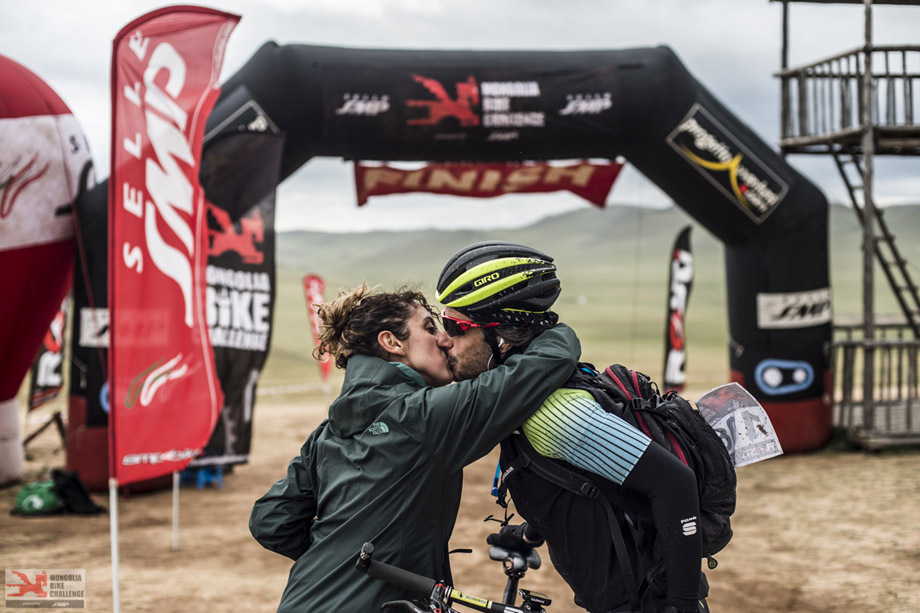 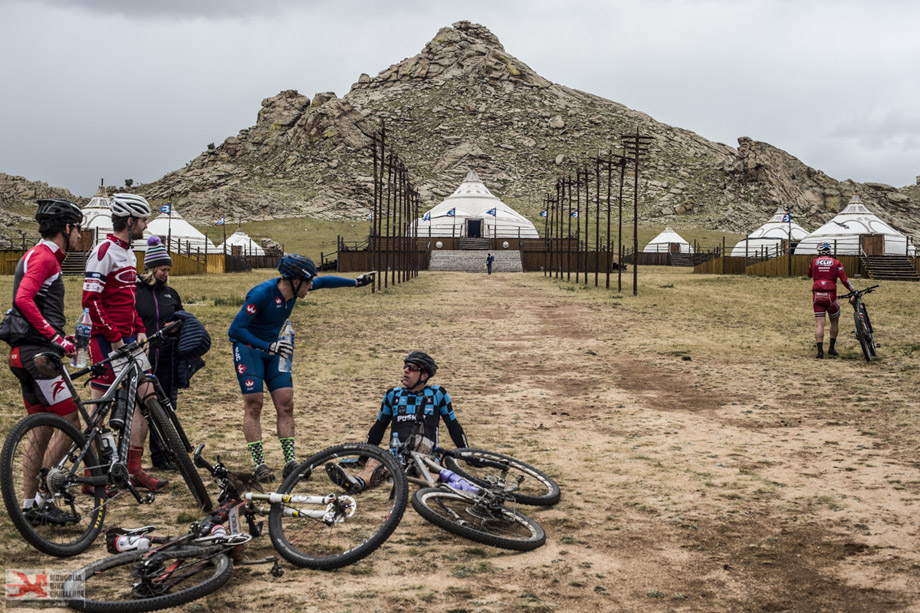 This year saw an up and coming rider, Payson McElvceen from the USA, fairly dominate two veterans of the event, Italian national team rider and one time winner of the MBC, Nicholas Pettina, and Canadian Cory Wallace, who rode to victory a record three times on the Mongolian steppe. These three in particular, with Yuki Ikeda of Japan rounding out fourth place, rode hard all week and delivered some exciting riding. 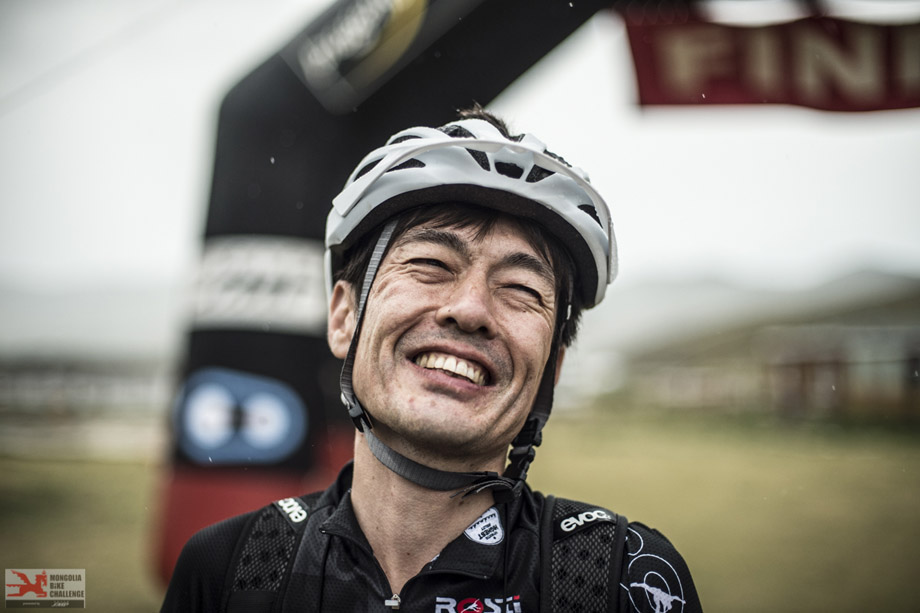 However, the true spirit of the Mongolia Bike Challenge by Selle SMP expresses itself not just through the top guys, but with every single rider who sets out on the six stage journey, and this is especially true of those who come in perilously close to the cut-off time each day, like one of our Italian riders who on Stage 2 came in exhausted, almost falling off his bike, but whose first thought was to check with the referee that he was not over the limit. 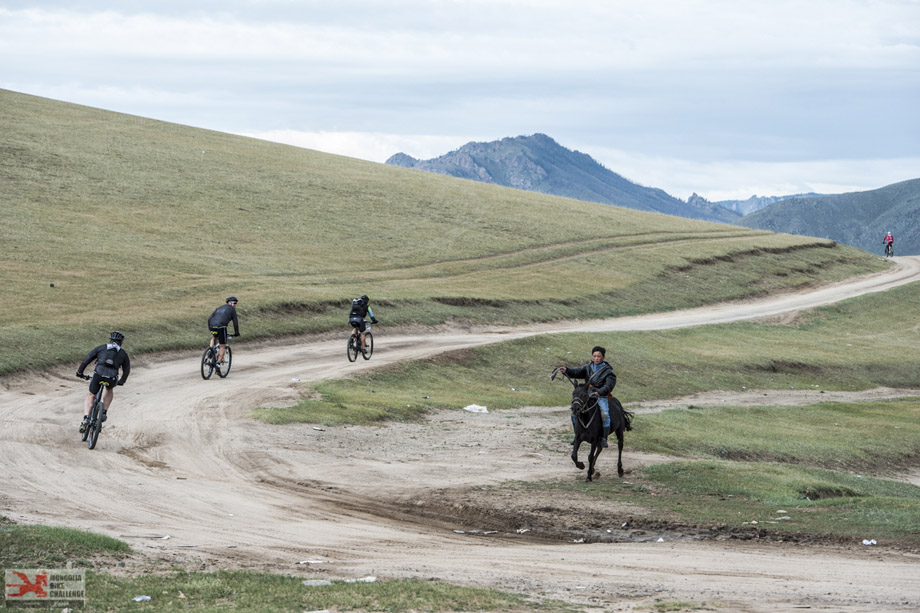 The man literally had tears in his eyes, but they were soon tears of joy when he had just scraped in. 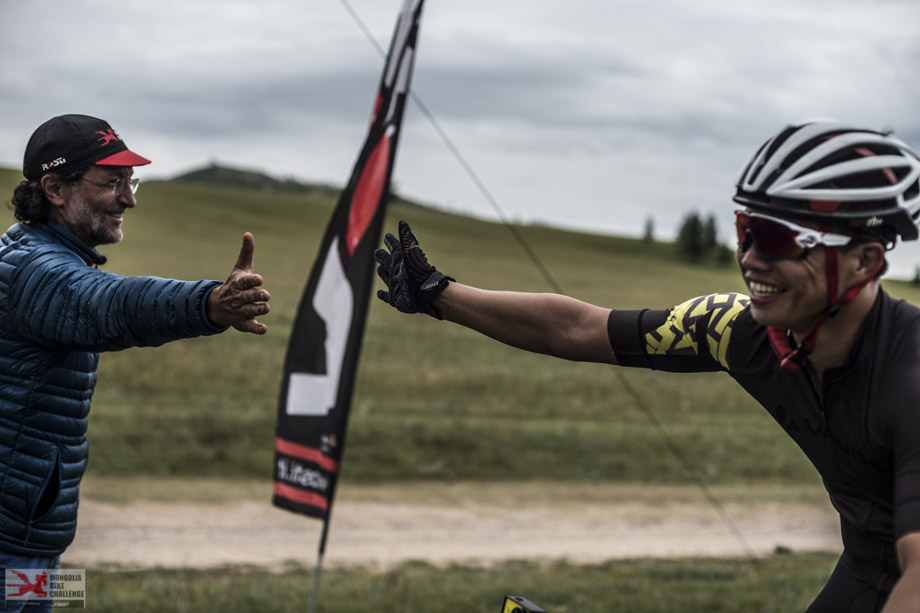 Then there was the Dutch rider who, incredibly, was diagnosed with Parkinson’s eight years ago and had to stop on the trail to take his medicine every three hours. He had two ‘episodes’ out on the trail that he just had to wait and deal with, then, like the warrior he is, he got back on his bike and set off once again.

“I travel and do these kind of events,” he told me, ” because sometime soon I won’t be able to do this anymore.” 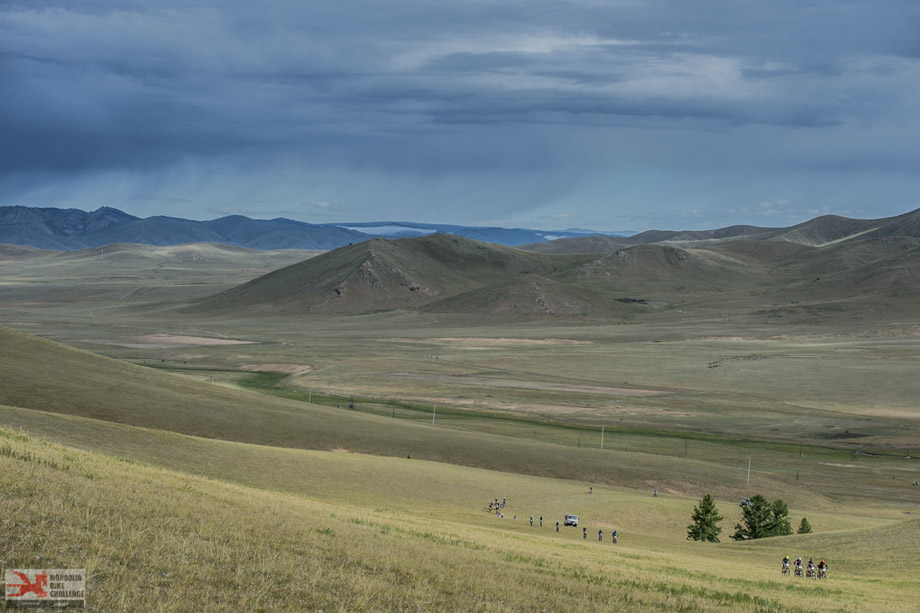 Remember him next time you don`t feel like riding. 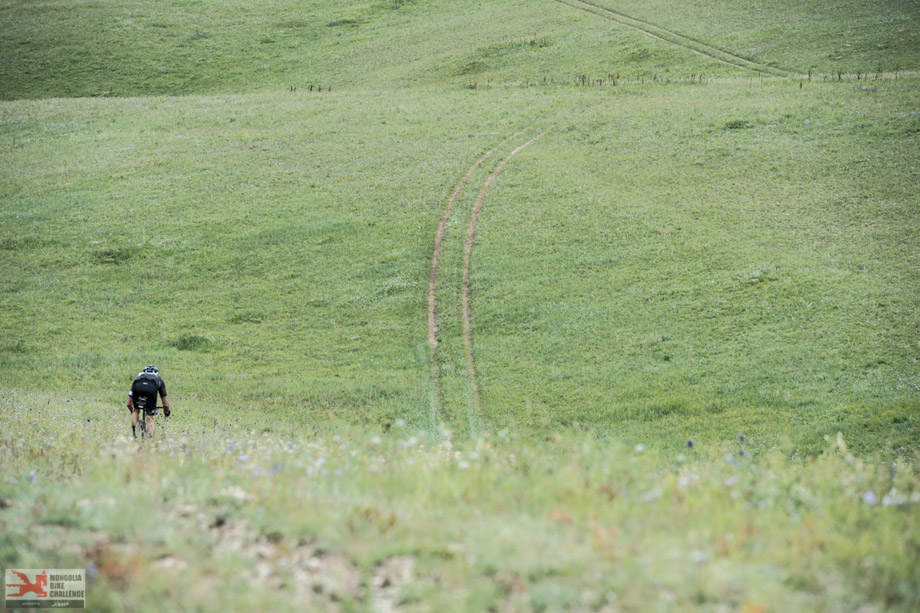 Any discussion of the Mongolia Bike Challenge would not be complete without a mention of the landscape. I smile as I use the word ‘landscape’, because it doesn’t even one close to the quire ridiculous majesty and sheer scope of what is presented before you out on the trail. 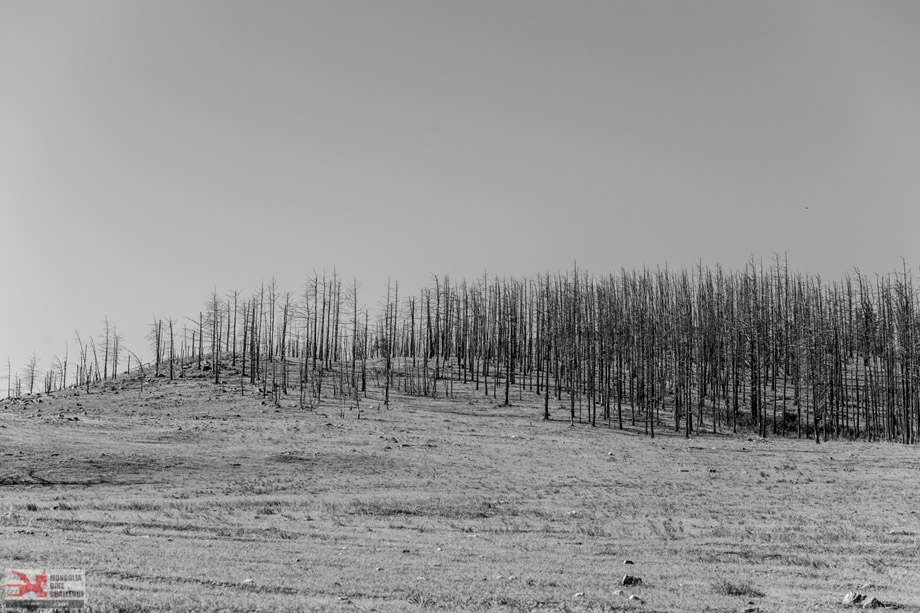 Never mind the wild horses that run alongside the riders, nor the huge buzzards and eagles above, nor the mysterious yaks that sweep over the steppe looking as though they’ve escaped from a set of Star Wars, the land here is the dominant character in the narrative of these MBC and in the nature of the experiences people have on a daily, moment by moment basis. 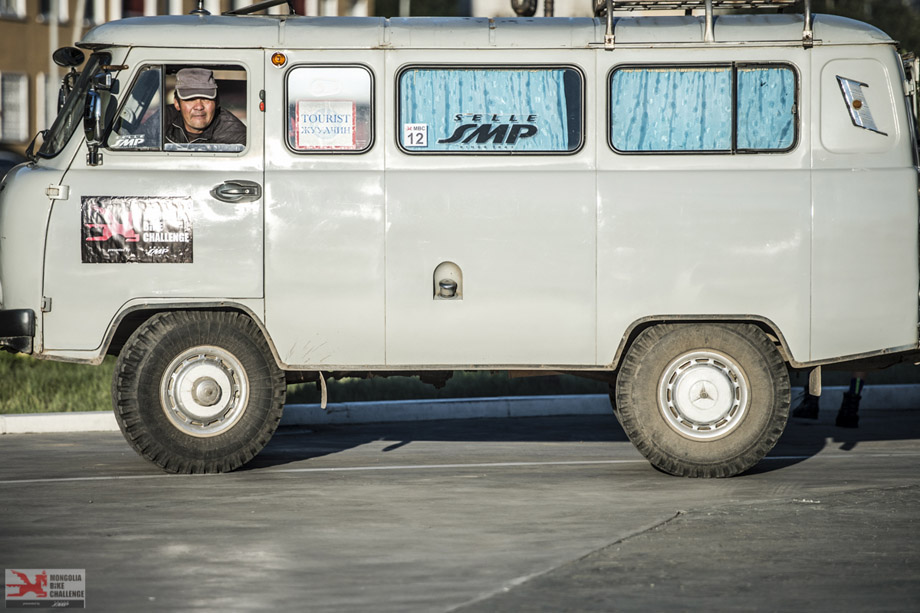 Most places we go to, we get there and we experience the place, eat some local grub, take some photos me head on home. Yet with Mongolia, it’s as though the land first rolls itself out in front of you, and then somehow encompasses all of your senses. It almost gets into you, bringing with it not just unforgettable views but a sense of possibility and freedom that I personally have never experienced anywhere else. 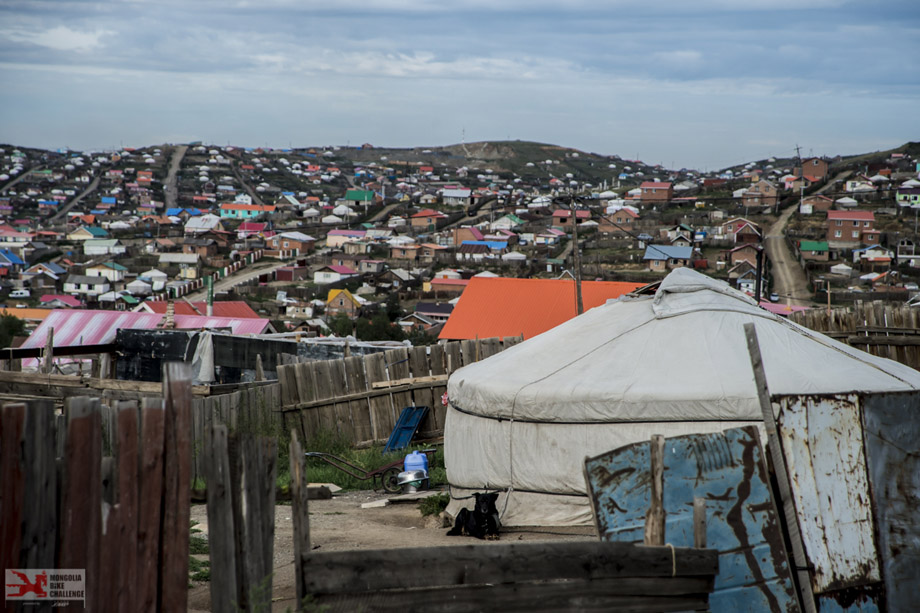 It`s a uniquely unifying experience and it is one I keep returning for. 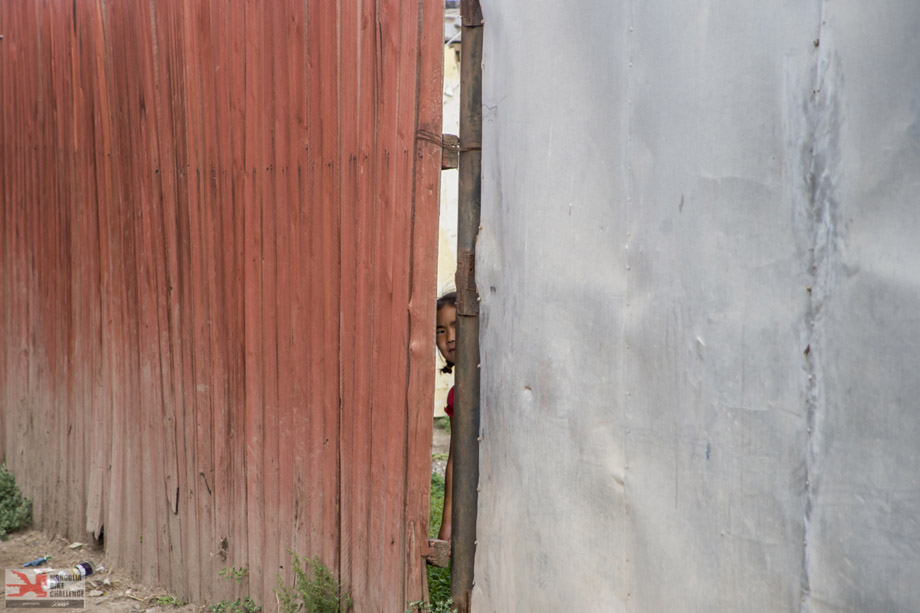 We want more people to come experience this amazing place, and to encourage all those people we meet who tell us that the MBC is ‘on the bucket list’ but who might think the event is too much to chew, we trimmed the race from seven days to six and cut the longest stage from over 170km to 134km. 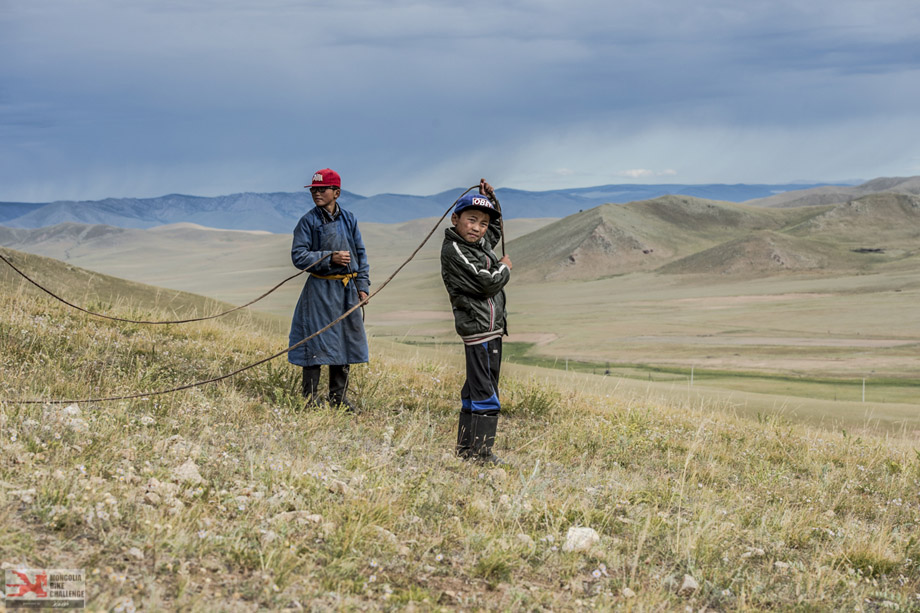 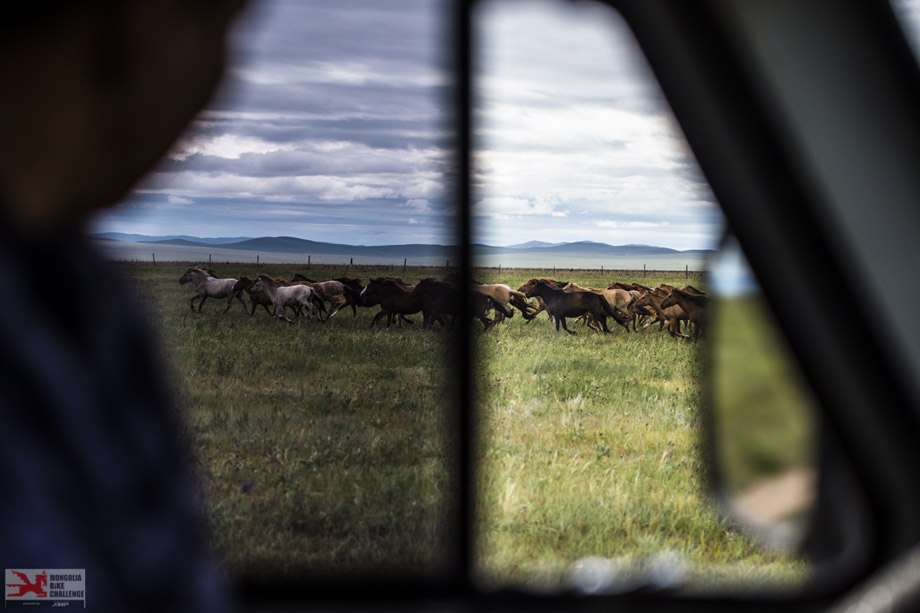 The time limit is usually 10 hours for the longer stages and 8 for the shorter and just about everyone who turns up manages to make the cut unless for an injury. One female rider from the UK had only been riding for a few short months, but it was her mental fortitude that kept her going. 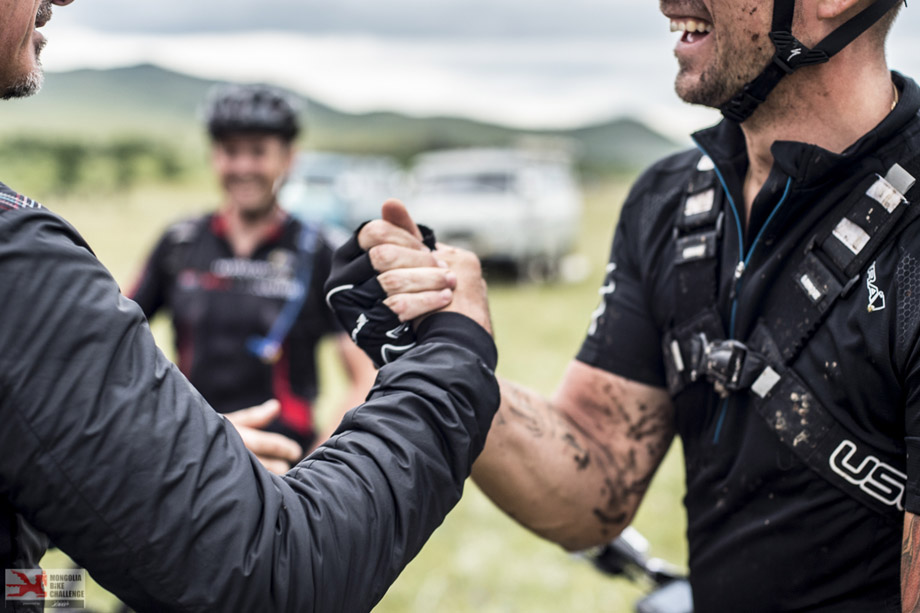 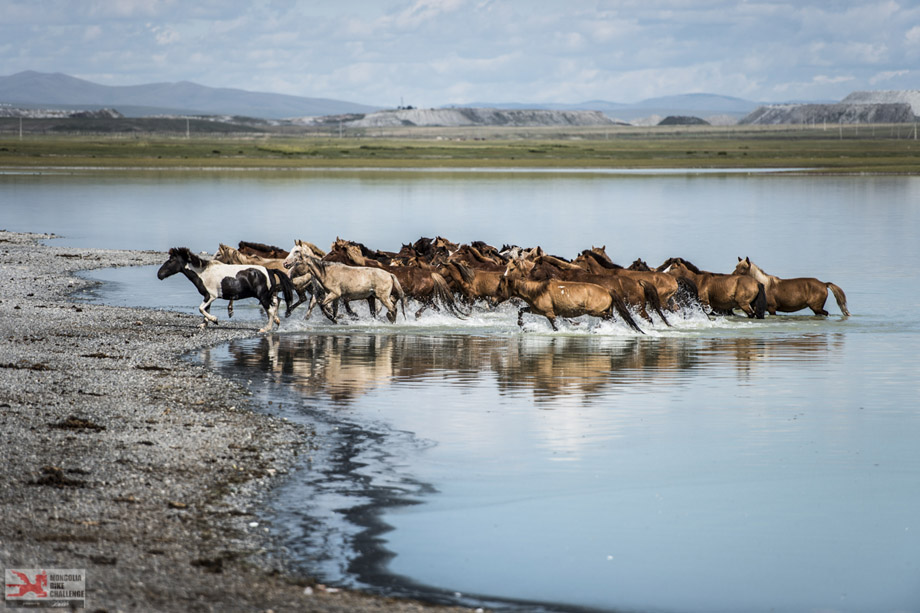 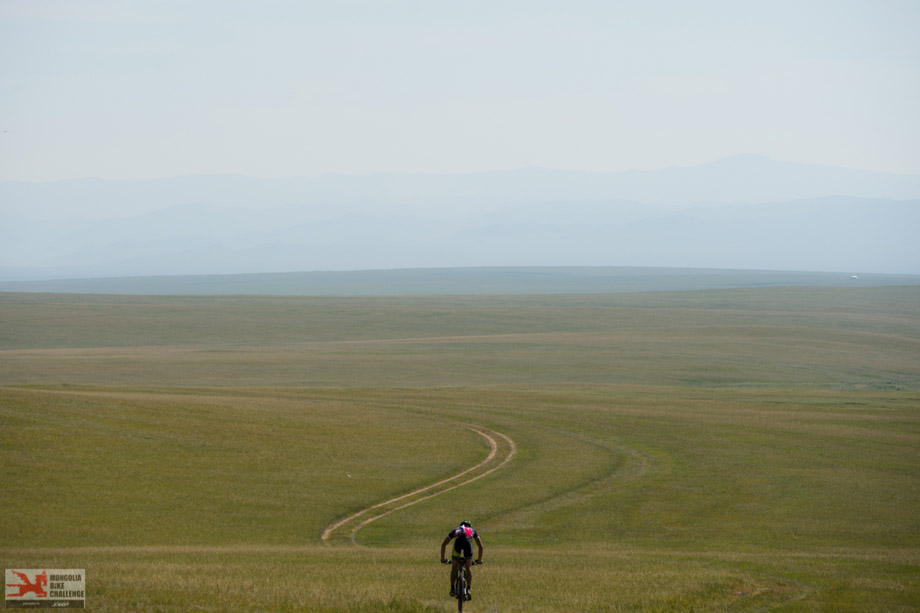 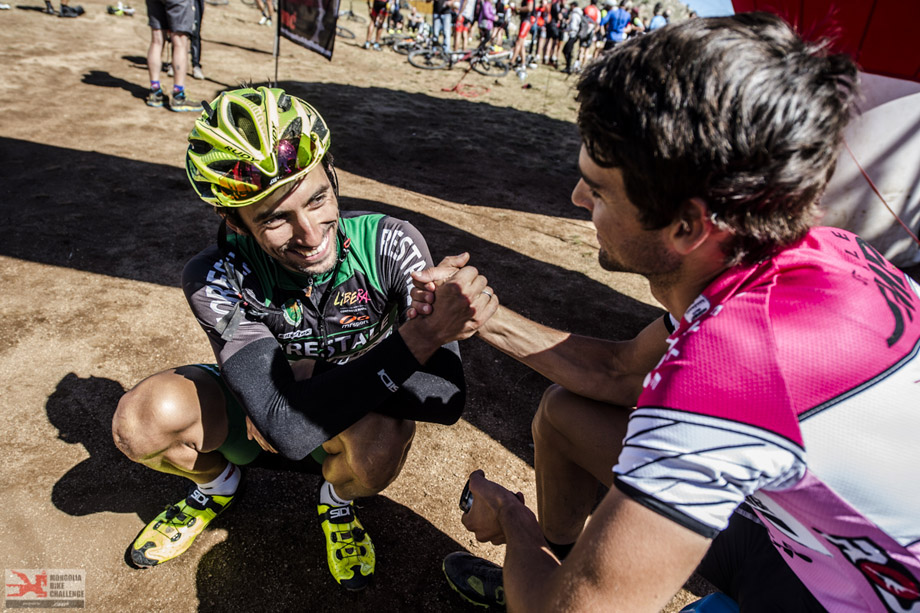 I want more people to come to experience all this. It’s not a sales pitch, none of us on the crew, from me on to the director, are getting rich out there – not in a monetary sense, that is. 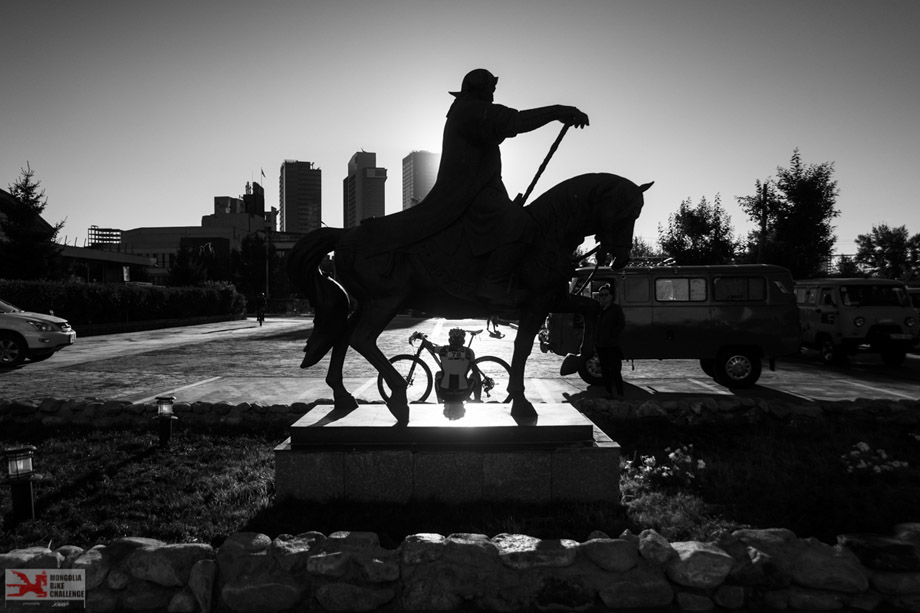 Anyway, I, we, hope to see you out there one day. 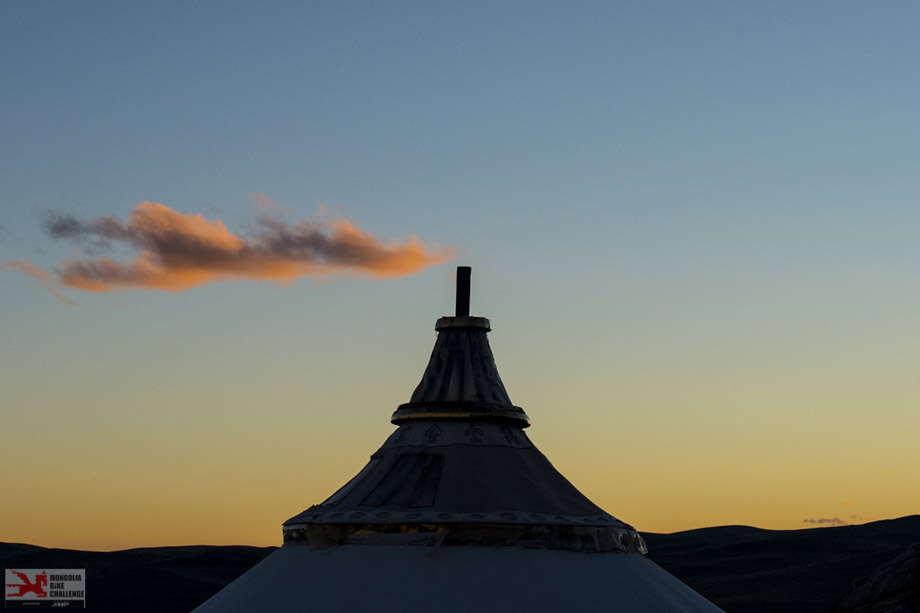