Vuelta Lowdown: Nairo Quintana has won his second Grand Tour, executed with perfect tactics and climbing strength. Lee Rodgers takes a look at the story behind the 2016 Vuelta a España victory and Power Meter Gate, time limits and other race ‘assistance’. The Vuelta Lowdown.

Funny the difference a couple of months can make. Back in July Nairo Quintana looked tired and browbeaten by the dominant Chris Froome, unwilling or perhaps simply unable to take risks and try to put the Briton in the hurt locker. Fast forward a few weeks and he’s off up the road on Stage 15 of the Vuelta a España looking like the rider he’s claimed to be by many commentators, the best natural climber in the world. 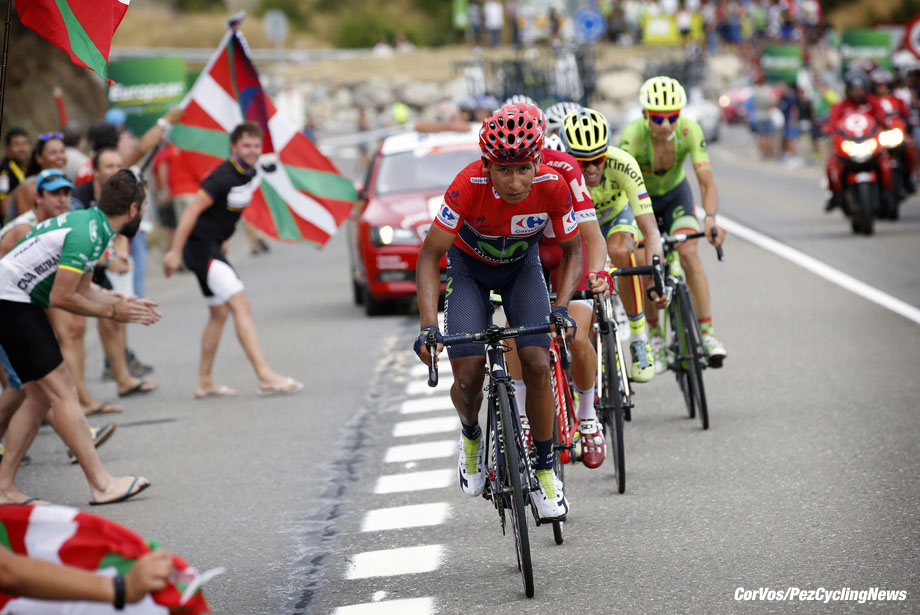 Nairo Quintana: “The best natural climber in the world”

Perhaps it was Quintana’s hatred of power meters, as he expressed on the rest day on August 30th, that propelled him to such an impressive ride on Stage 15, one that effectively put him in the driving seat for the overall win?

“They [power meters] take away a lot of show and make you race more cautiously,” Quintana said that day. “I’d be the first in line to say they should be banned.”

Contador also weighed in with his hefty 5 cents, saying that the use of power meters (Froome’s ears must have been burning!) ruin ‘the show’.

“I believe the power meters block the show in the races,” said Contador. “Now, it’s very much controlled. If you have a powerful team and a rider attacks, you can control him. You can do that over 20 minutes. That’s how it is today.” 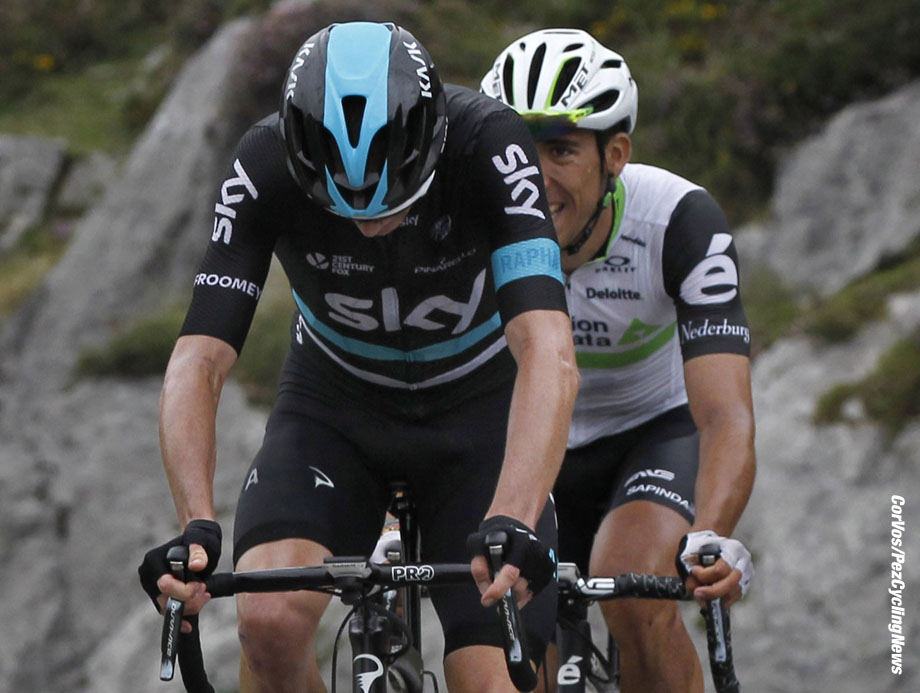 Grumbles from the top riders in the peloton about Team Sky’s tactics and the predominance of power meters? Whatever next? Will they be calling for an end to race radios? Or an outright ban on Tramadol, the pain-killing opioid that is favored by some pros as they hurtle along at 60km/hr plus over the final few kilometers and has been blamed for the increase in crashes in recent years?

I agree wholeheartedly with Quintana, I must say, on the use of power meters in racing, I also believe they can lead to dull racing and are part of the reason we’ve seen less and less riders willing to take risks in recent years.

That Contador and Quintana were obviously referencing without actually saying the name ‘Team Sky’ was not lost on Chris Froome, whose reply was, unsurprisingly, lacking any appreciation of what his rivals were saying and, has to be said, any wit too.

“Why not, and then we can also go back to single-speed bikes without gears. Why not, eh?” he asked, probably not expecting an answer. If this is cycling trash-talk it’s best we leave it in the dumpster. 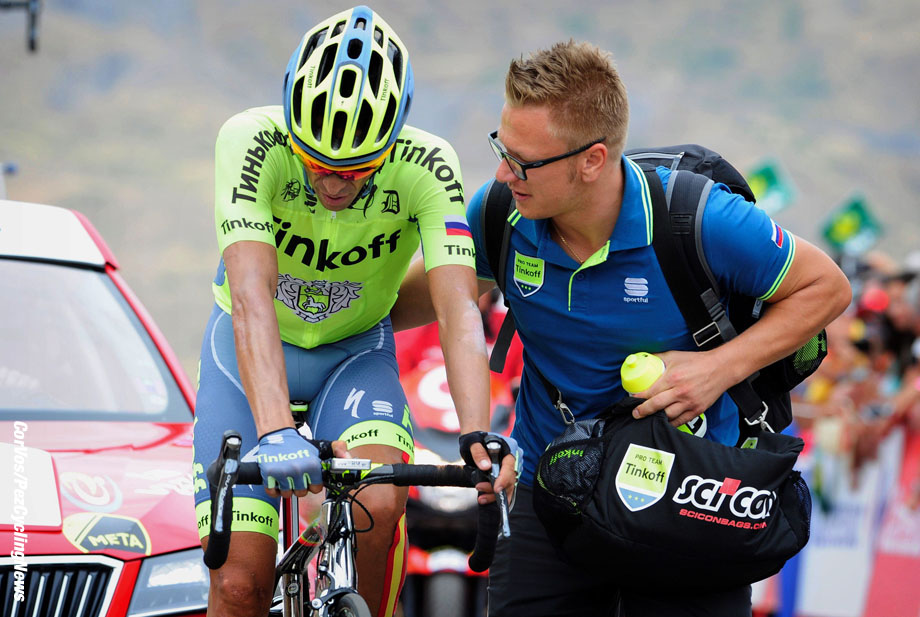 Intriguingly, Contador did not take off his own SRM console the next day, sponsor cash probably being the driving force behind that decision.

But back to my point on Tramadol, I do wish these athletes in the highest positions in our sport would call for a clean sport, as some swimmer’s did at the Rio Olympics. I can safely I have never heard a professional cyclist, in public, say ‘this sport needs cleaning up because people are still doping’. They’ll complain about dodgy finishes, about motos, about power meters and the food in the hotel being crap, but never about doping. 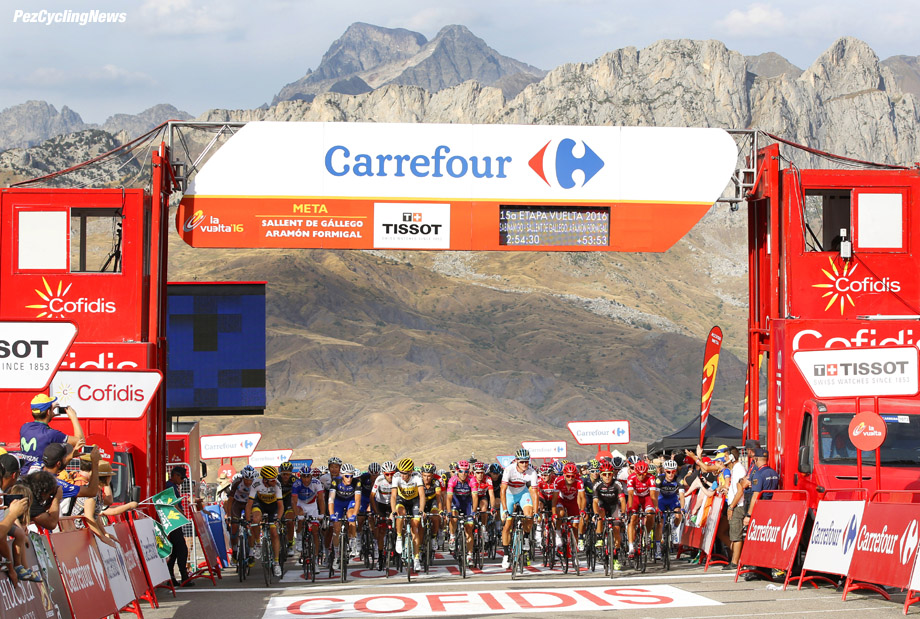 Back to the Vuelta, anyone else really wish the organizers had not broken their own rules and instead thrown out those 93 riders who missed the time cut thanks to the antics of Contador and Quintana up ahead? Vincenzo Nibali must have been spitting feathers a tad at that call, for it was he who got turfed out in 2015 for holding onto a team car after a crash saw him lose contact with the peloton. For those that don’t race, spoiler alert, what Nibali did happens all the time. I mean, it was quite funny that the DQd him on Stage 2 sure, but, seriously?

So had in fact the time cut rule been adhered to in this year’s race then Froome would have lost each and every one of his teammates. Now that would have been even more fun – and, importantly, the correct decision. It’s not Quintana’s fault that as he suddenly decided to party it meant so many simply could not keep within the gap, but it perhaps is the responsibility of l’autobus to actually ride harder to make the cut. This is not a precedent, it has happened before, but the message reinforced here is ‘Hey if there’s enough of you, you will be allowed to race next day.’

Wouldn’t you be miffed if you were a domestique of Quintana or Contador and you’d busted your ass, even exhausted your ass, to get them up there at the front to inflict the damage on Froome, whilst all his teammates rode easier? Hell yes.

Froome to his credit said that his teammates should have been kicked out, a sentiment I can admire. “Well, if the rule’s there,” he said to one journalist the next day, “it’s there for a reason.”

So what did we learn from this Vuelta? a few things, many of which have been covered by other commentators so I will not look to bore you with them, but what I liked about this year’s edition was that it showed that romance is not yet dead, not quite. The race was designed to let the our climbers go at it, even with that little nod to Froome’s time trailing ability, and with Quintana finally feeling able to show his high altitude plumage, we finally got a battle in the mountains worth tuning in for.

Now then, about that Tramadol… 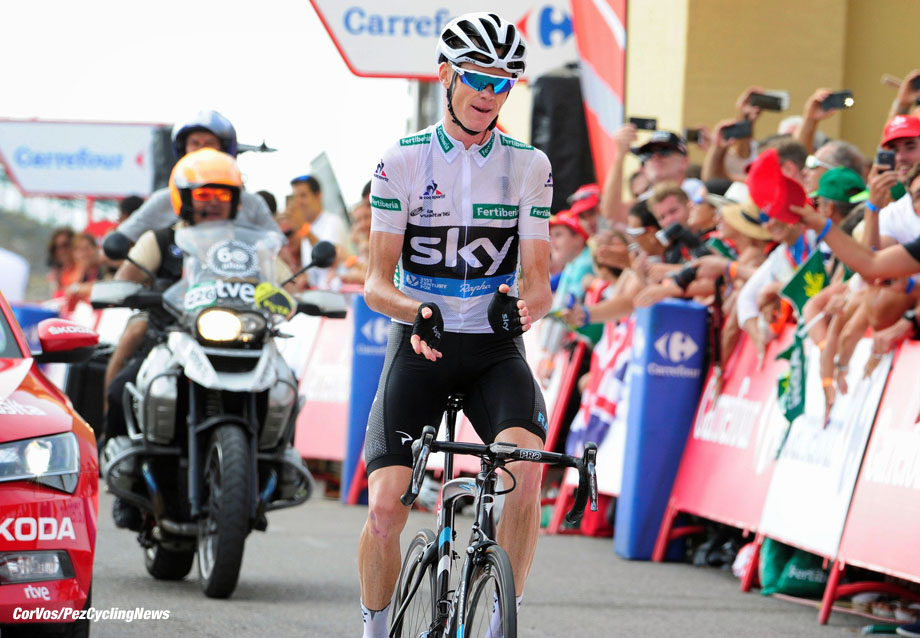 A round of applause from Froome