Lowdown: Has it really been a year since the last World Championships? Remember that one? The one in Richmond, the successful one, where riders didn’t end up vomiting uncontrollably thanks to unforgiving temperatures, the one where the locals actually seem to enjoy cycling?

The one currently being played out in Qatar is already being hailed as a success and even as ‘enjoyable’ by the man at the helm of the oft-criticized UCI, president Brian Cookson, prompting many to wonder whether he’d asked the riders themselves if they themselves were enjoying doing three quarters of an hour at 40km/hr plus in the afternoon heat. 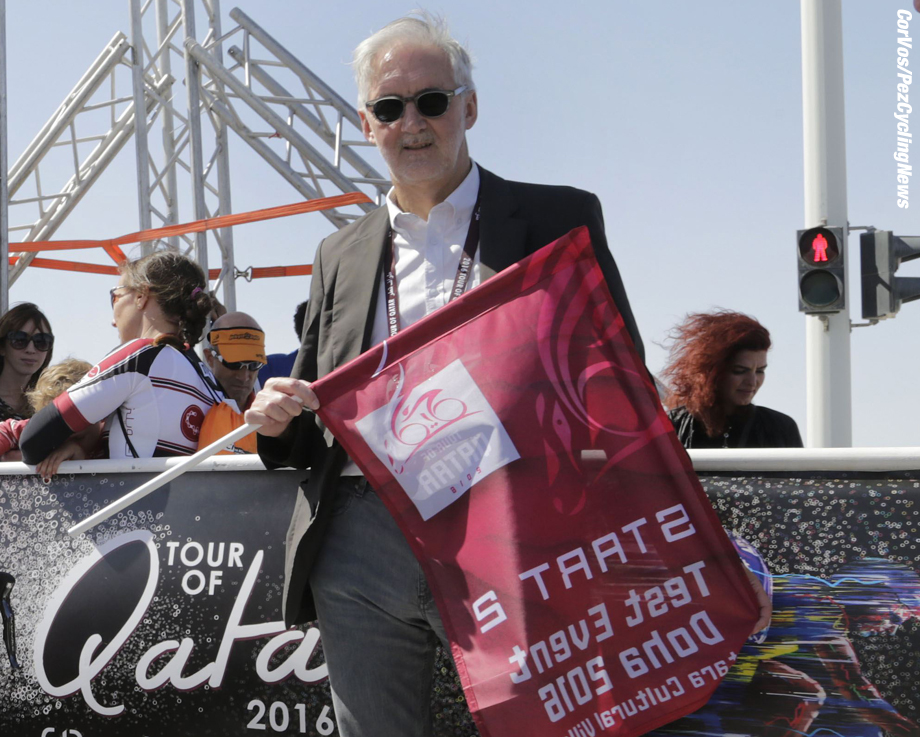 Mr. Cookson has always been a popular guest in Qatar

Judging by the look of some of the female riders after their time trial, during which Rabo Liv’s Anouska Koster seemed to pass out whilst riding, crashing into a barrier and being fortunate to escape serious injury, one would assume that Mr Cookson has probably avoided asking “Was that fun then?”

The Netherlands’ Roxanne Knetermann was another rider unhappy with the conditions. “The UCI has not really thought this through. It makes no sense!” Knetemann said. “The heat, it’s just not to do and certainly not in a time trial. It’s like a sauna.” 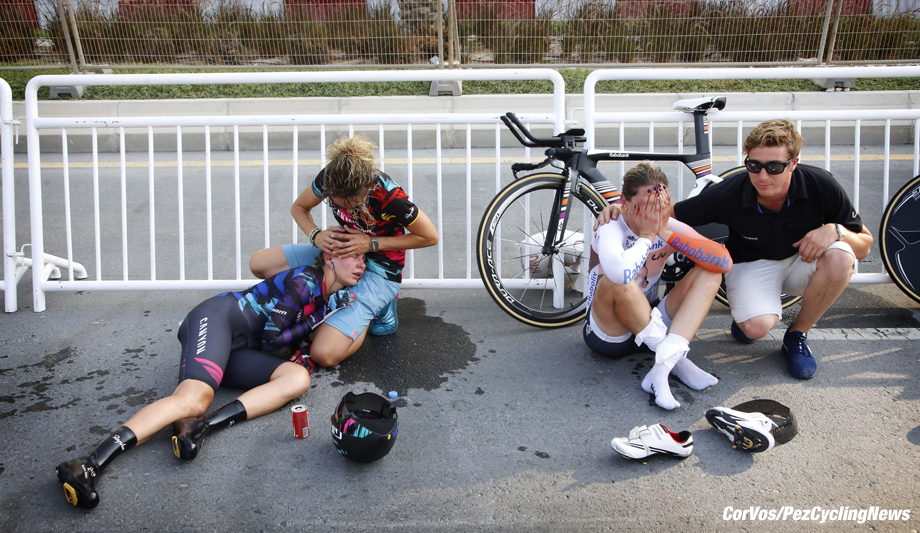 Obviously Knetermann is quite unaware that the UCI in fact did think this through a great deal, and in the end decided that the ‘benefits’ of holding the prestigious Worlds, in a country with no real cycling culture and one where it would be so hot that the riders’ wellbeing would be severely compromised, was worth it.

Fifa, Uefa, the IOC and the UCI, continue to strive to prove that if you give power to rich men in ill-fitting suits then they will be quite prepared to run sport as nothing more than a business designed for pure profit with not even a nod to the concept of ethics and morals. 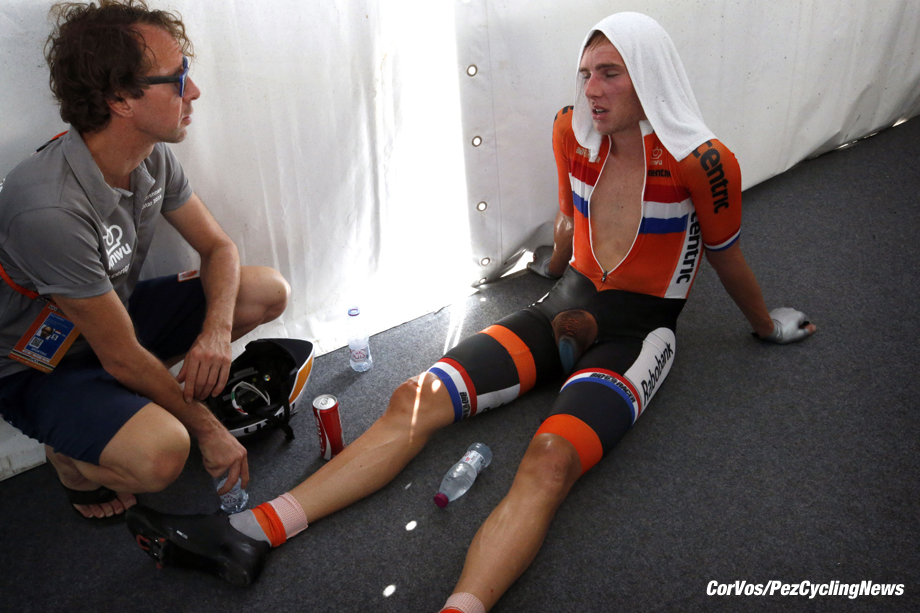 How to keep cool the UCI way

To cover their backsides though the UCI did publish a neat little pdf entitled ‘Beat The Heat’, which outlines what heat does to the athlete’s body and how to best deal with it – surprisingly they do not suggest ‘Don’t bother going to Doha’ as the most ideal way to deal with the heat. Funny that.

The lack of anticipation over the road races next weekend is palpable and serves as testament to the feeling that these Doha Worlds are kind of a ‘lost Worlds’. It feels like we’re skipping a year for the sake of a money-making gimmick. Worthy winners they are, this who have already and those who will win this week, and you don’t earn the rainbow stripes for nothing, but if Worlds such as those held at Mendrisio, Geelong, Valkenberg and Richmond typify that heady mix of excitement and the romantic that a World Championships should comprise, then Doha feels more like a trip to the dentist’s for route canal in August in a room with a broken air conditioner. 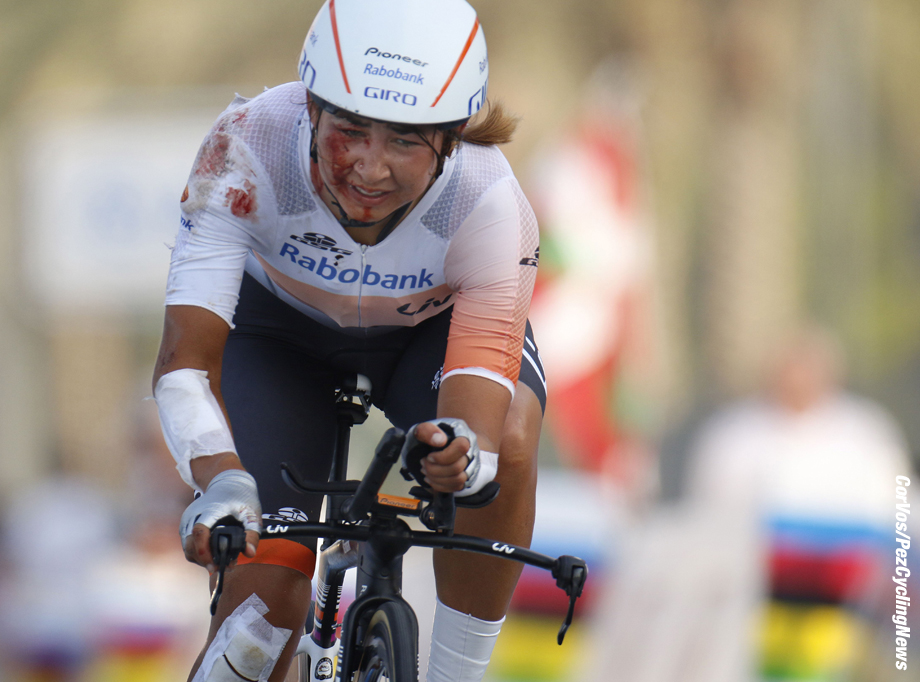 I have to say that, even in spite of my rocky relationship with professional cycling, it will be somewhat of a shame to see Peter Sagan back in his normal kit – assuming, of course, that he does not retain the rainbow jersey. That is the alluring quality of Sagan, one should never assume anything about him, because the very next moment he will prove you wrong.

His Year of Being Eternally Second seems so very long ago, more an absurdity than reality, because he has really been quite stellar this season. It has been as if he decided to set out to trash the fabled Curse of the Rainbow Jersey singlehandedly. He won the World Tour, usually Valverde’s favorite dish, and also won at the Ronde, Gent-Wevelgem, took Green at the Tour along with three stages and held Yellow for three stages and picked up a bunch of other wins along the way too. I along with many others often decry the lack of personalities in cycling, so it is really very good t have Sagan around to lighten the mood and to remind his peers that it is possible to be a pro rider and to display some emotion too.

I am hoping he wins on Sunday, if only to stop the toxic Mark Cavendish from giving us another grumpy year in the hoops. Most are assuming it will be a sprinter’s day with a flat finish offering little in the way of surprises but, if the infamous desert winds kick up the script may well be torn up. Look for the Dutch and the Belgians in that case, with Tom Boonen being an outside bet alongside other Classics experts who will be praying for crosswinds. 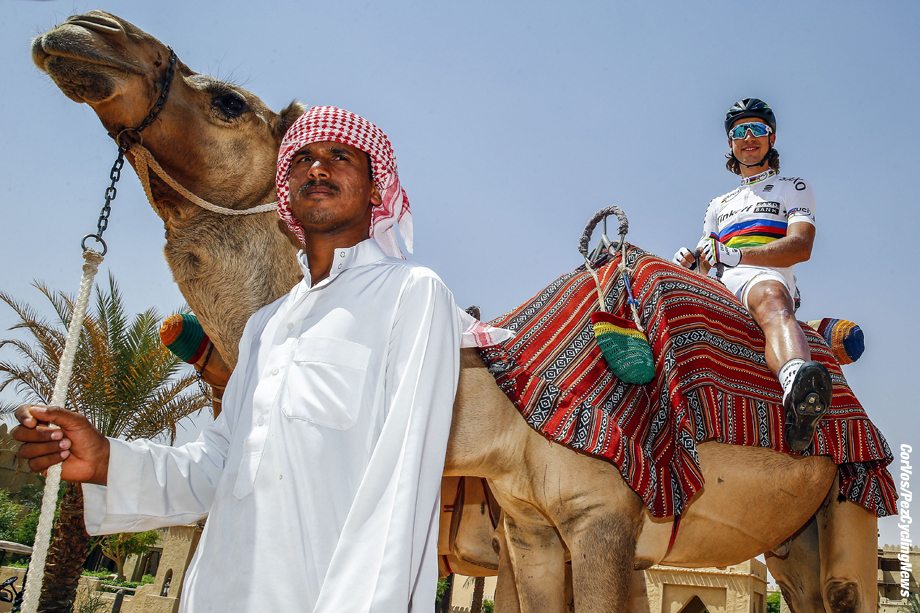 Can Peter Sagan be King of the desert?

The reigning women’s world champion for the road also got off to a cracking start but then it was ‘discovered’ (i.e. revealed publicly) that she had actually missed three drug tests in just 11 months. Facing a possible 4 year ban and de-selection for the Rio Olympics, Lizze Armitstead (now Deignan) convinced CAS that it was not her fault that she had missed the first test on August 20th 2015, and so, voila, she was allowed to compete at Rio and was not banned.

She like Sagan will be in Doha and also has a chance to win again, though the second half of her year has understandably not been as great as the first. However her win in the team time trial proves she is in very good form.

It will be intriguing to see what happens this coming weekend, for every Worlds is, in the end, judged by the intensity and excitement level of the road races. Can the riders survive the heat and ride hard? Will the cross winds arrive to spice things up? And might Sagan and Armitstead do pull off a hitherto unprecedented double double?

We’ll have to wait and see! 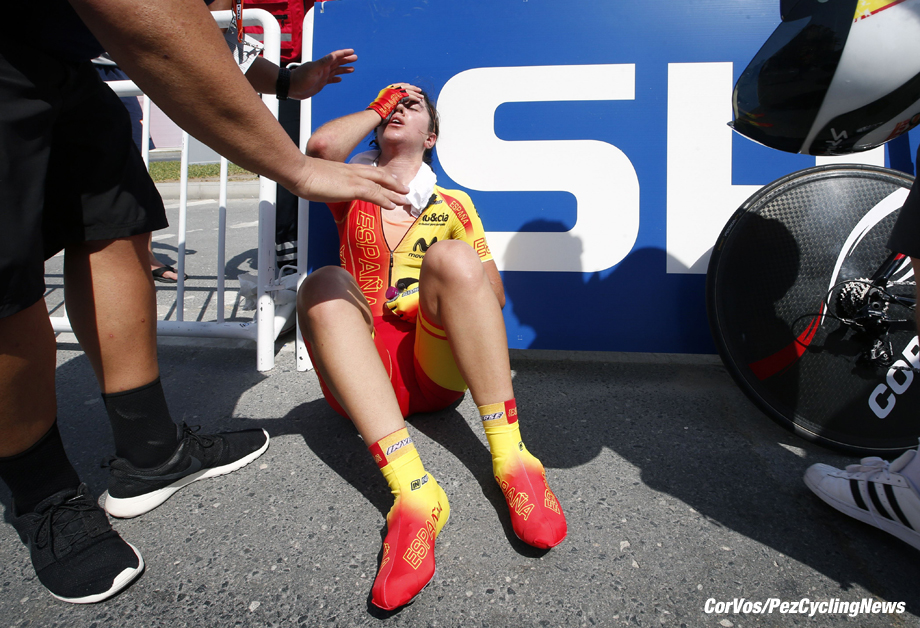 IAM Cycling well represented at the world championships in Qatar