Today’s Lowdown starts with Chris Froome’s ride in the Dauphiné, but in Lee’s unique style he moves from Froome’s watts to the psychology of the power of the yellow jersey and ‘maximal strength’. Lee thinks it’s a good job Hillary and Tenzing were not wired for watts on Mount Everest.

“And look at Froome here as we near the summit, he’s looking down and then looking up, a long look ahead, he does this usually just before he attacks, is there one coming soon that will test van Garderen’s resolve?”

So babbled the commentator on the last stage of the recent Critérium du Dauphiné, in a near frenzy at finally having something to talk about after several hours of not much going on at all. 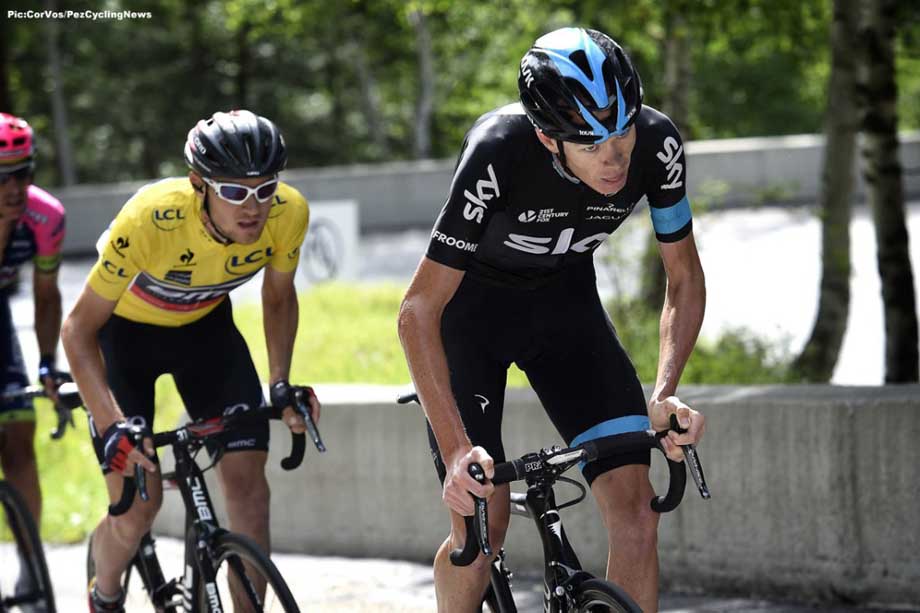 A look ahead before an attack

Thankless task that, commentating on live cycling as so little goes on for so long, I really should be kinder to them. And it could be worse – yesterday I watched on TV the last 20km of an Ironman (yes I still do not know how this happened) taking place in Australia. Talk about dull. Waiting for route canal surgery in July in a dentist’s room with a broken air conditioner in Phoenix would be more fun.

No, let’s not please, unless they’re long enough to strangle you with, Peter.

But back to Va Va Froome and his long look up from his stem. I imagine that in his head he sees a Robocop-style graphic display that calculates the percentage of the climb with other variables such as wind speed and heat, that all then sets off a calculation divided by Pi and squared by the hippopotamus that tells him just what wattage he needs to hit to get him the seconds required for victory.

Seconds later it’s head down, eyes on the stem, arms akimbo and a cadence that must have hummingbirds looking on from suburban feeding tables through living room windows in raptured awe. They say that after the stage they pry him off the bike with a set of tire levers and his legs keep whizzing about, allowing him to levitate for anything up to 11 minutes. 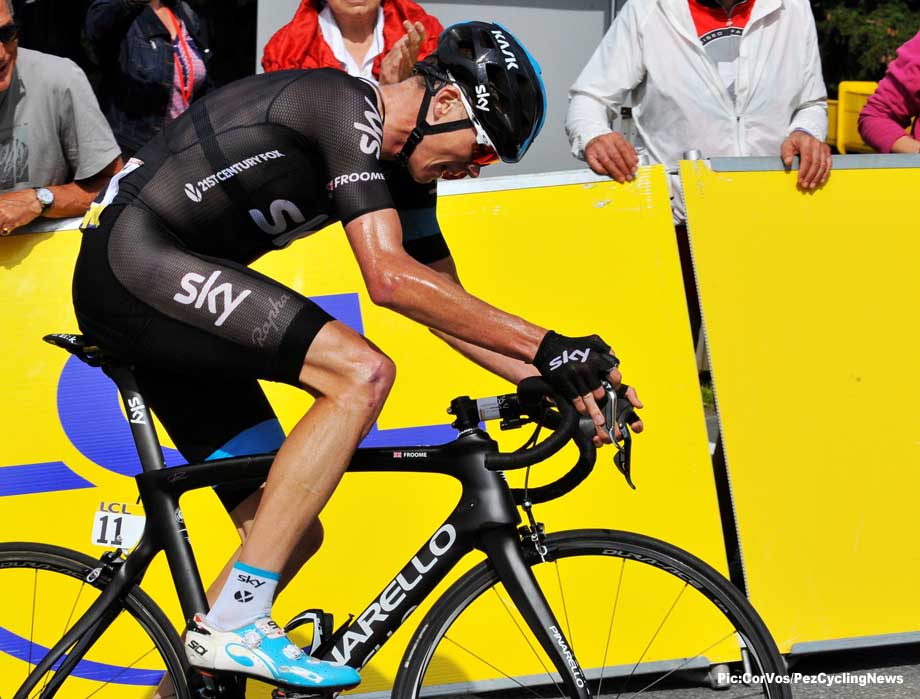 Froome’s fixation on his stem of course is due to having a console that allows him to see his energy output as measured in wattage. It’s an obviously handy little device but it’s one that rips away the romance of the sport for me in a way that a biology student’s scalpel destroys the perfect packaging of, well, anything that once breathed.

He’s a winner is old Froomey and bloody good at his job, as are the team of tech-geeks that support him, but what does he do when Contador is setting off in full flight up a 20% 3km incline? Is he still calculating even then? I’m all for defining limits and riding to the ceiling of them, and maybe I’m too inclined to believe stuff I like the sound of, but what about those women who lift overturned cars off the ground to allow their children to escape the wreckage?

There’s even one case where a guy lifted a car off a cyclist!

“Under acute stress, the body’s sympathetic nervous system prepares the body for sustained, vigorous action,” states an article in Scientific American. “The adrenal gland dumps cortisol and adrenaline into the blood stream. Blood pressure surges and the heart races, delivering oxygen and energy to the muscles. It’s the biological equivalent of opening the throttle of an engine.

“Vladimir Zatsiorsky, a professor of kinesiology at Penn State who has extensively studied the biomechanics of weightlifting, draws the distinction between the force that our muscles are able to theoretically apply, which he calls “absolute strength,” and the maximum force that they can generate through the conscious exertion of will, which he calls “maximal strength.” An ordinary person, he has found, can only summon about 65 percent of their absolute power in a training session, while a trained weightlifter can exceed 80 percent.

“Under conditions of competition a trained athlete can improve as much as 12 percent above that figure. Zatsiorsky calls this higher level of performance “competitive maximum strength.” This parameter is not a fixed number—the more intense the competition, the higher it can go, as the brain’s fear centers progressively remove any restraint against performance.” 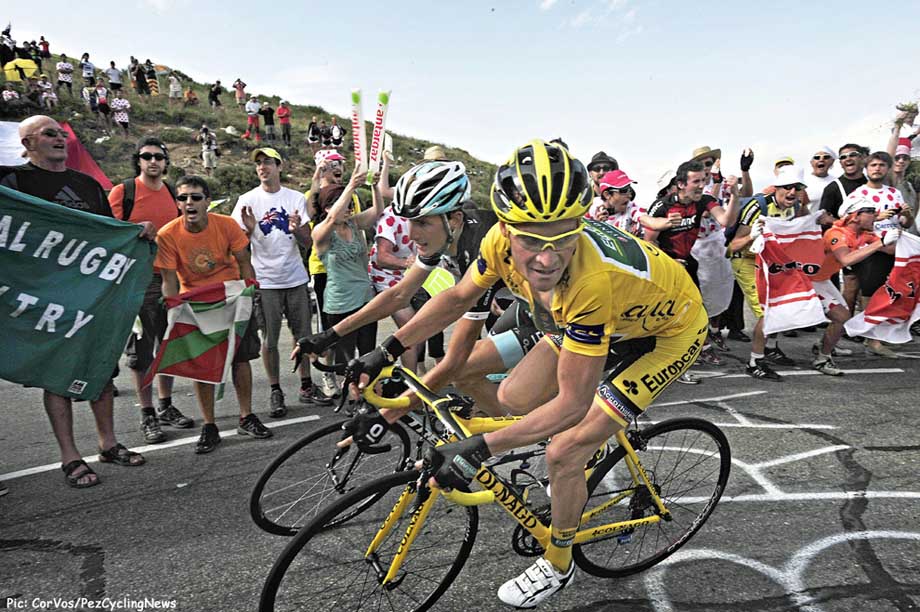 No power meter for Tommy!

This explains the effect that wearing the leader’s jersey in a race has on the so-called ‘lesser’ riders who find themselves in it. Think of Thomas Voeckler in the 2011 Tour de France for a perfect example, when the Frenchman held the jersey under intense pressure and whilst riding above his station for several of the race’s toughest stages.

What drove him? Pride, sure, motivation, yes, but it was also the fear of losing something so precious, the realization that this thing which had been always a dream, a fantastical, untouchable dream, might just become true. He rode his britches off that year and earned his place in Tour folklore with it.

So many riders are now riding to power that I think of it as a medical condition: The ‘Wattage Obsessionus’. ‘WO’ is me, you might say, if you’re trying to be witty which, erm, clearly I am not. The pros have teams of professional numbers peeps to interpret the data but most amateurs are trying to figure it all out themselves, missing the point and, worst of all, getting just way too damned serious about the whole endeavor.

I sacrifice my time to ride. I sacrifice sleep. I sacrifice to an extent my social life and my legs’ hairs, which, by the way, are supposed to be there. Now you want me to ride around all day looking at my console and missing this amazing world whizzing by? 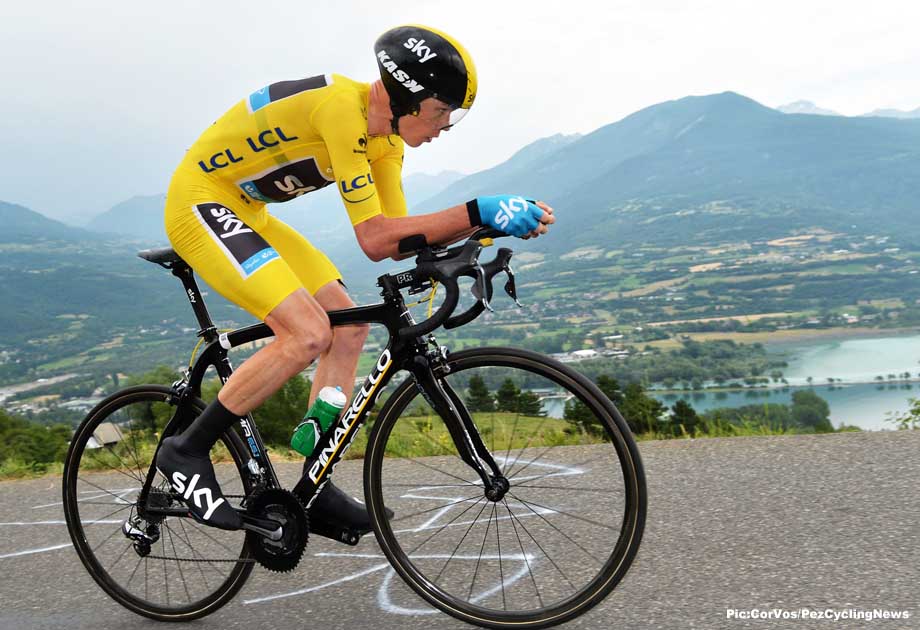 Chris Froome not enjoying the view

You know, in this life we are surrounded by limitations. We encounter our first at home, then a truckload more at school, the ‘do this’ and ‘don’t do that’ – some perfectly reasonable, some less so – along with the ‘you can’t do that’ lot, the naysayers and the play-it-safers.

We have tests that tell us we are dumb and play games that tell us we aren’t good enough, and then we trundle off, after all that, to the ‘real world’ where it all continues apace. As if there weren’t enough limitations imposed us by society, we then begin to impose them upon ourselves.

Well, shove all that. 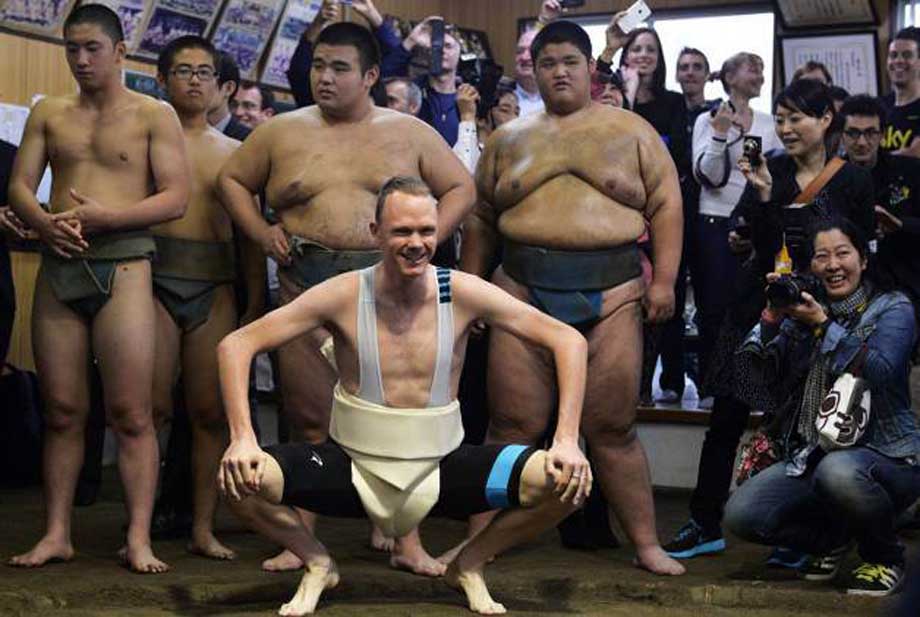 ‘Ah, Sherpa Tenzing, apparently I’ve been doing 280 watts for the past eleven hours, I’m at my limit old boy.’

Exactly. Not a chance. 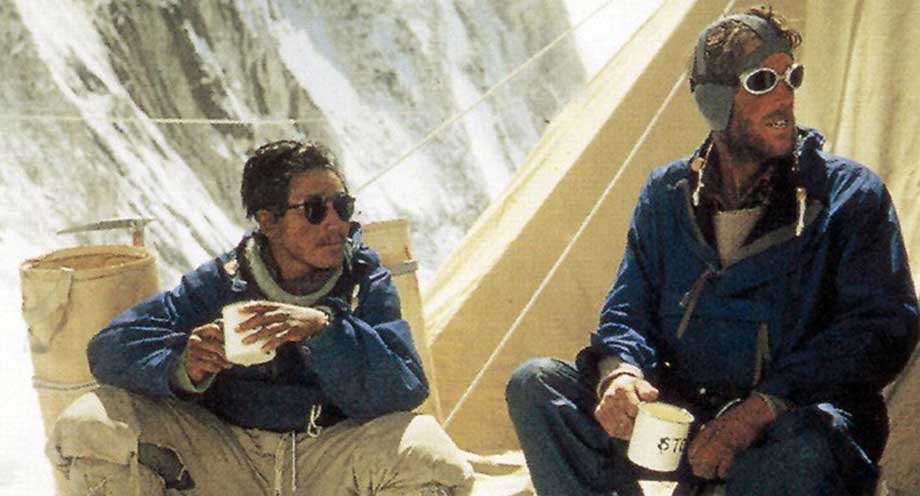 No power meters for Tenzing and Hillary

Let me get cheesy here for a moment and paraphrase Neil de Grasse Tyson. “We are extraordinary beings. We are of stars, of this universe, from this universe, yet the universe, perhaps most miraculous of all, is within each of us.”

Whenever we say ‘I can’t do that’ (and I’d argue that power meters do this more than they tell you what you can do) – however essentially, unarguably true it may seem – we are denying the limitless potential of the human mind and spirit, of will and the determination to succeed.

You don’t start riding to accept limitations. You start, by and large, to be free. To escape. To just ride, and to just ride fast. Then we become more ‘serious’ and start to get into the science of it all, and that’s fine, I love science, I wish it would shine its light on more of the world and our befuddled attempts at existing in it. Yet to allow it to rule us is to deny the very unscientific elements that, ultimately, make people achieve such wondrous and unfathomable feats.

So yes, well done to Froome for winning the Dauphiné again, great ride, but for me the romance – and I know I’ll be called out for this – is missing.

It’s the immeasurable that makes this endeavor we call ‘cycling’ so imminently worthwhile.

Area Zero-D’Amico-Bottecchia has a Good Trip to France