The Giro d’Italia is my favorite Grand Tour by some distance. I love the Italianness of it, the slightly chaotic feel that pervades it, the often brutal climbs and grueling days and the weather that always seems to be quite content to come along and dump a hefty load of misery on the peloton too, all satisfying my sadistic undertones.

Who can ever forget Andy Hampsten and Erik Breukink’s almighty ding-dong of a battle up the old Gavia back in 1988 on the stage from Chiesa to Bormio? I didn’t even actually see it (English TV back then just about scraped enough gusto for cycling together to show half an hour of the Tour in July), but I feel like I did, having read and written about it since. 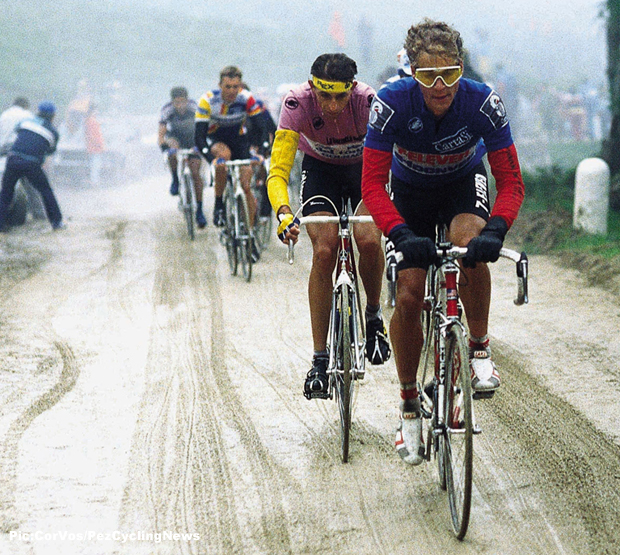 That was one of the iconic Grand Tour stages of the modern era, symbolizing all that is great about this dog-eared sport. In Hampsten, who went on to lose that day to Breukink but win the Giro overall, we had one of the few clean (as well as we can possibly know) riders to have won a Grand Tour in the past – well, ever.

And how can you talk about the Giro without the tifosi? An Italian cycling fan is just about as passionate a lover of this sport as you are likely to find anywhere and, as ever, they’ll be out in droves during this year’s race. 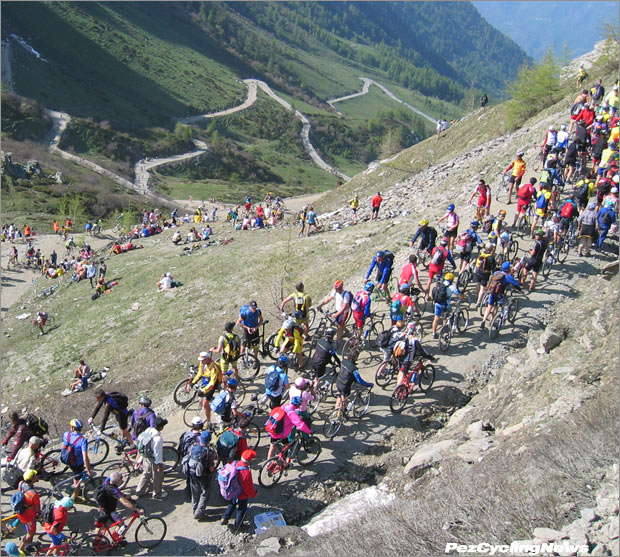 A Grand Tour is a curious thing. For the French, the Tour de France is one month of the year when the nation’s very ‘Frenchness’ is on display, allowing the country to reconnect to an idealized image of itself that perhaps never actually existed in the first place.

Wrapped up as it is with stars such as Anquetil and Hinault and Lapize and Henri Desgrange, it’s also grounded of course in geography, with the Galibier, Alpe d’Huez, Ventoux and the Loire valley, and it’s also connected to Peugeot and Pernod, pastis and le tabac, where people would gather to tune in to the race before the proliferation of television sets.

The Giro d’Italia has its stars too, with Coppi, Bartali, Moser and Pantani, its deified places, such as the Stelvio and the Gavia and on, locations that come to life with the race upon them, becoming characters in the narrative that is the Giro. 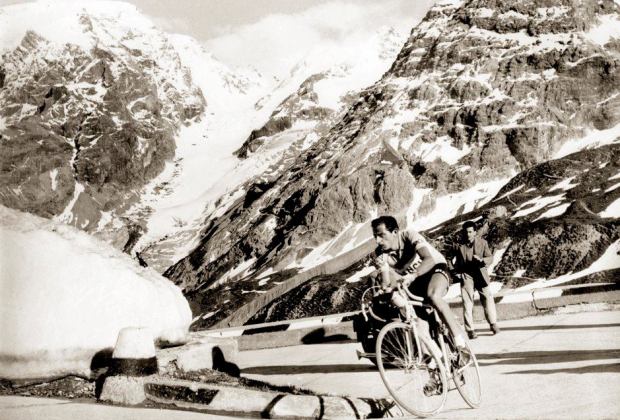 Coppi; the biggest star in Italy

There’s an emotional element too. For many an Italian and a Frenchman growing up as children and through to adulthood, even if they were not cycling fans the Tour would have been on in the background every July like clockwork, providing a backdrop to hot summer holidays or hours slaving away in a steamy factory or a stuffy office. Invariably the tours would have at some point rushed past their towns or nearby and swept the populace up into a frenzy.

These men were kings of the road. They stood for something and they meant something. They were, and there is no more suitable word, heroes to millions. 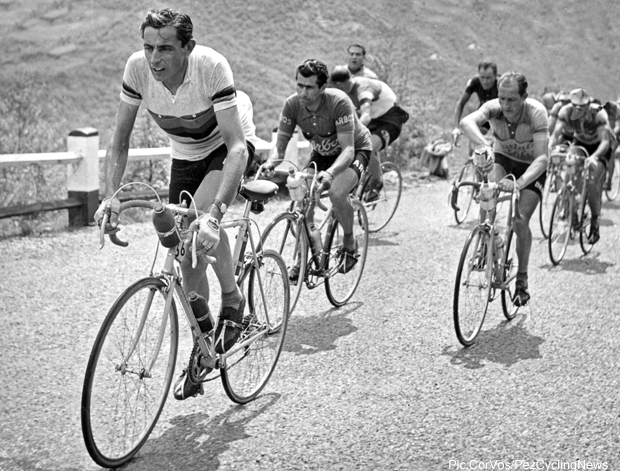 Kings of the road

However this has changed, and not just because of the complications and diversions of modern life. The incessant waves of doping scandals have knocked the stuffing out of people’s faith. People still gawp in admiration of the sheer madness of the peloton and the hills they ride up, but it is fleeting nowadays, soon followed by derision.

To fully enjoy a Grand Tour these days you have to either be totally disinterested in the racing and watching it for the sweeping vistas of the countryside of Old Europe, with its cliff top castles, valleys and lush hills, or you have to not care much about doping at all.

The race should come with a free set of rose-tinted sunglasses for anyone in the vicinity or watching on television. Yes, you can still enjoy the spectacle and watch slack-jawed at the feats happening before your eyes. 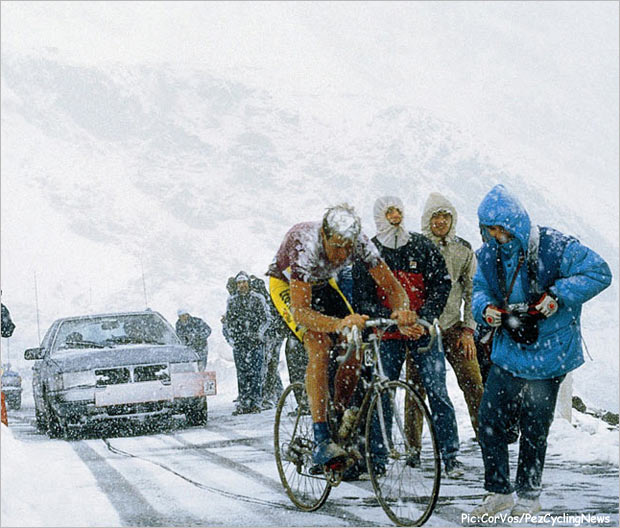 And yet you have to be on the Kool-Aid to accept what you see. This is not to say that all are doping, however (I’ve made this point any times), the fact is that just about every performance we have seen over the last 22 years that has seemed unbelievable was exactly that: impossible to believe because the riders were chemically enhanced.

There will however undoubtedly be the usual twists and turns in this year’s edition of the Italian tour, but at the same time the sport seems resolute in its refusal to turn any corners and to deny the impassioned pleas of a sizeable majority of its fans to get its house in order, despite some nice sounding sentences coming from the ‘new’ UCI and some riders and managers.

The sport also relies on us suspending our disbelief. McQuaid and Verbruggen banked on us not looking under the carpet and in the journalists not poking about in the garden shed. The very wonder of the spectacle worked against us. We did not see what was pretty much right in front of our eyes. 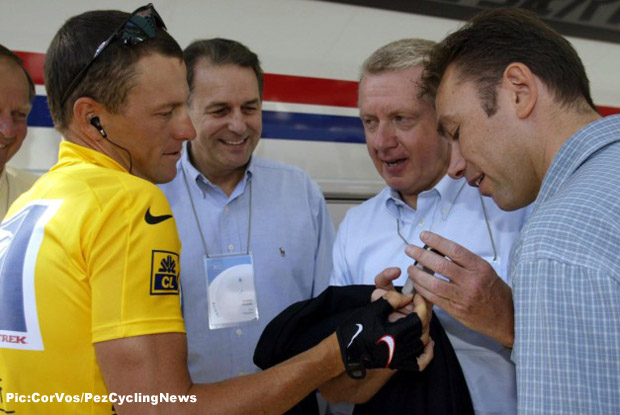 The case of Davide Rebellin and his exclusion from the Giro is worth considering in this light. Though the organizers RCS are denying it is the case, the word doing the rounds is that they invited Rebellin’s CCC team on the condition that Rebellin did not ride.

“I’d never say that they can’t come or that I don’t want them, but I’d like to have a Giro start without riders who stir controversy,” RCS head honcho Mauro Vegni said. “The team is going to make the choice. If they do bring them, then there’s controversy, and I’d like the Giro under clear skies.”

Rebellin did not state whether it was RCS directly that forced CCC to exclude him from the team – remember he is the obvious choice for them as leader – but if you read between the lines you get the picture.

“I won’t be doing the Giro,” Rebellin said ahead of the Tour of Turkey. “I would have wanted to do it, but the team decided against it.” What did Rebellin do to warrant such opprobrium? He took and got caught for taking CERA, and at the Olympics in 2008 at that.

So this is rather encouraging: a race organizer taking the brave decision to exclude a rider and threaten his team with the retraction of their invitation if they try to include him in the final roster. Get that bad apple out. Cast out the rotten egg. How dare he darken the doors of this fine and upstanding profession? The cad! 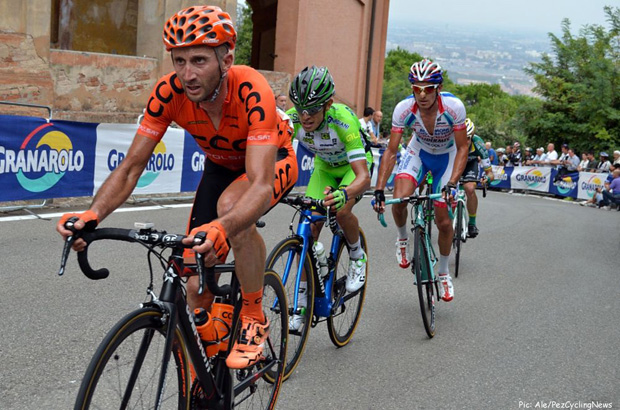 No Giro for Rebellin

However he’s not the only rider with a checkered past in the peloton. A quick look at the list of riders tells you as much, and a bit of work on Wikipedia soon sees a long list of names piling up. Pelizotti, Luis Leon Sanchez, Damiano Caruso, Ryder Hesjedal, Tom Danielson, Diego Ulissi, Giovanni Visconti, on and on it goes. On the management side you have Matt White: “I doped most of my career”, Steven de Jongh (DS at Tinkov): EPO use during career, and Adrian Baffi (DS at Trek), former USPS rider, named as ‘Rider 4’ in affidavits in Armstrong case amongst others.

Throw into this mix teams the UCI has tried to remove like Katusha and Astana and others like Lampre, with a terrible history of their riders getting caught for doping, and you kind of start to feel sorry for Rebellin.

How to fix it? Remove the protection of the WorldTour teams and let race organizers exclude any rider they choose.

Right, where are my spectacles…? 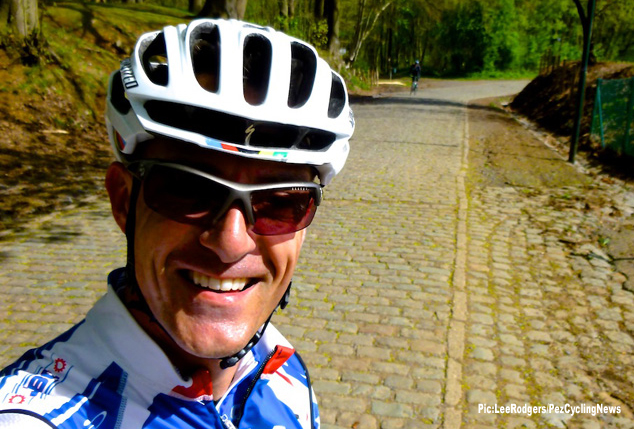