Two weeks of the Giro d’Italia are behind us and so Lee Rodgers has a good dig into the background stories from Italy. Porte’s demise, shiny legs, controversy and domination from Astana and the lack of rider personalities. All deeply important subjects for the sport of cycling.

The past few days have not been good for Sky’s domestique-turned-Grand Tour hopeful Richie Porte, a downturn in events that he’s blamed on a flat tire. Yes, apparently upon waking one morning he realized his customized Lord Fauntleroy caravan was listing badly to one side. Police soon arrived and discovered evidence that the right-side tire had indeed been slashed with what appeared to be a steak knife. 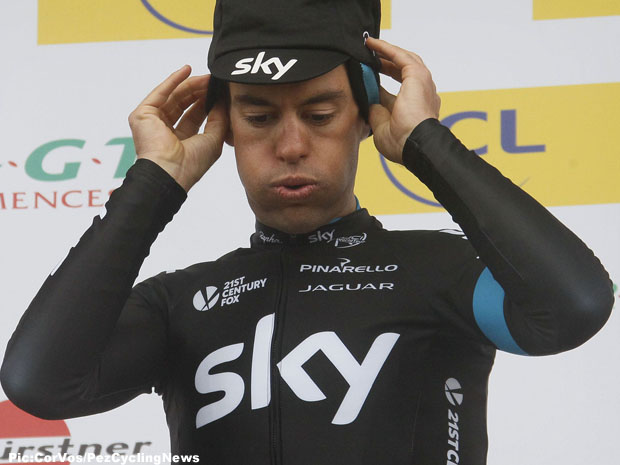 “The caravan is f#cked!”

Porte was on good form the next day though – verbally if not physically – when a journalist asked him why he had not pedaled in hard after the big pile-up on Stage 13 that saw Contador lose the Maglia Rosa to Fabio Aru (or UnFabio if your name’s Greg Henderson).

“I’m not doing any pedaling! My knee’s f#cked!” retorted Porte. 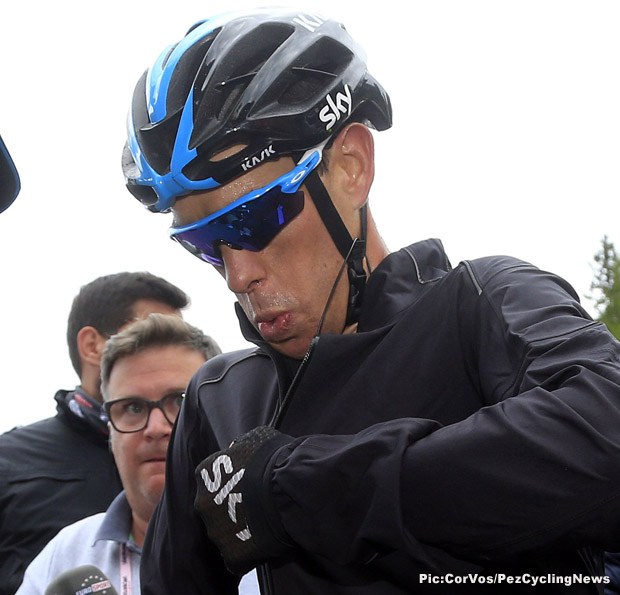 It was a moment of harmonious synchronicity as the Aussie somehow channeled both the slightly hysterical Cadel Evans and the moody Bradley Wiggins at the same time. It wasn’t quite up there with Evans’ ‘Step on my dog I cut your head off!’ but it was a nice effort.

Porte’s retort was, one wag joked, “the most interesting thing to come out of his mouth since he regurgitated a gel back in 2011.”

Imagine if riders received bonus seconds for being interesting? True enough, right now everyone would be on zero bonus seconds but it would be one way to encourage them to grow a personality. Where have all the characters gone? Give these lads some PEDs for the interviews please! 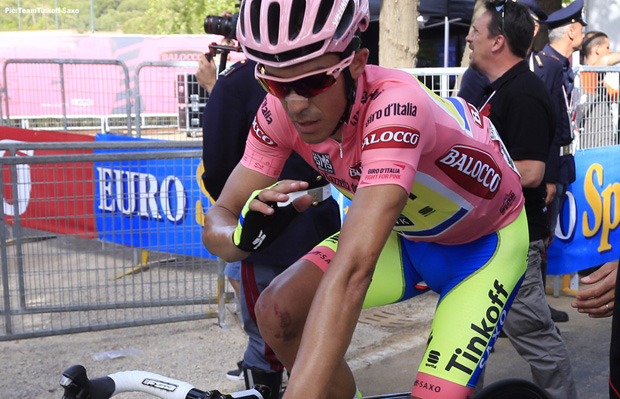 Speaking of shiny things, this brings me to Astana’s glittering box of goodies. The Eurosport commentators (and in particular Rob Hatch) have been doing their best to balance information on busted riders (Conty was included too last night) and Astana have been mentioned more than once.

The way they are riding too, with sometimes eight men still in contact with and indeed driving the lead group as other teams most often only have one is drawing adjectives from the pro talkers, such as ‘unbelievable’ and ‘incredible’.

“How can Astana have this many men up here, it’s incredible isn’t it?!” the commentator asked Sean Kelly. And yes, he is right, it is incredible, which is defined at Dictionary.com as: ‘Farfetched, astonishing, preposterous.’ 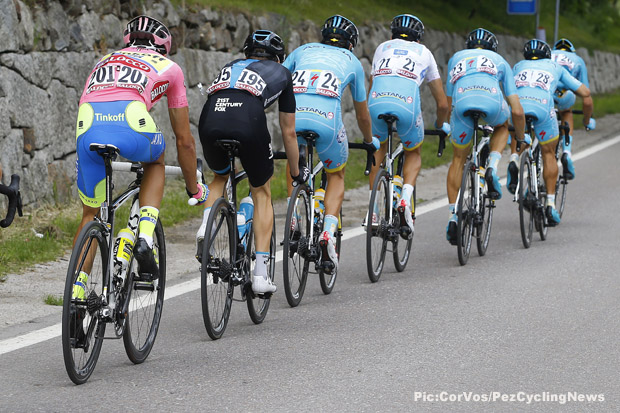 “How can Astana have this many men up here, it’s incredible isn’t it?!”

Even in the days of US Postal and Discovery we didn’t see this kind of daily consistency. It certainly is astonishing. Astana seem to be going through something of a crisis in confidence in just who should be their designated leader also, a little bit like the one that brought such disharmony between Chris Froome and Brad Wiggins at the Tour.

It’s not quite as bad as that yet though but when Landa set off yesterday on the final climb to put some hurt into Contador, he soon turned to see that he was in fact distancing Aru. Probably imagining a tongue-lashing from the boss later and a possible whack to the kidneys from a fan immense tout suite, he immediately dialed it back and allowed Aru to rejoin. 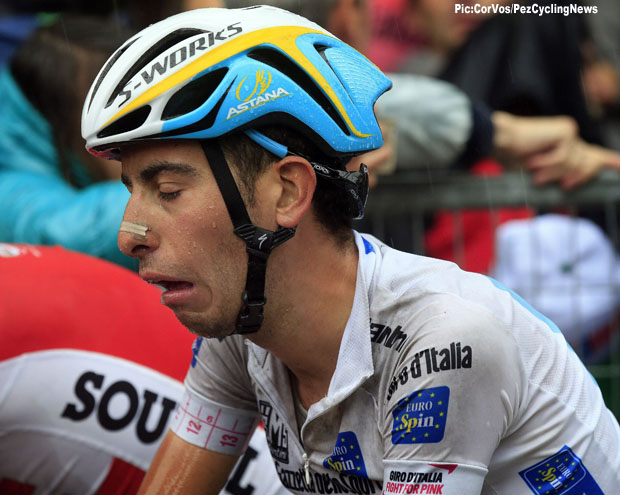 “My own teammates are attacking me now!”

What is interesting though is that Landa came in 52nd place in the ITT the day before, perhaps saving his powder for the next day, but if that was the idea he still might have gone far too easy, losing 4:14 to Kiryienka and 4 minutes flat to Contador.

Barring another silly crash, there is only going to be one winner of this Giro d’Italia. Alberto Contador truly is The Assassin in this game, and no one else even comes close to his imperiousness on the bike. He oozes experience, which you can see as he gauges up the other riders near him at critical moments in the hills. He turned to Aru yesterday to likely tell him that he wouldn’t go for the win but that if he was attacked then he’d change his mind.

He could have taken Landa, but why waste energy when you have the race now sewn up and are utterly dominating a team with eight fliers?

So, go ahead lads, fight amongst yourselves for the scraps. This Giro is over. 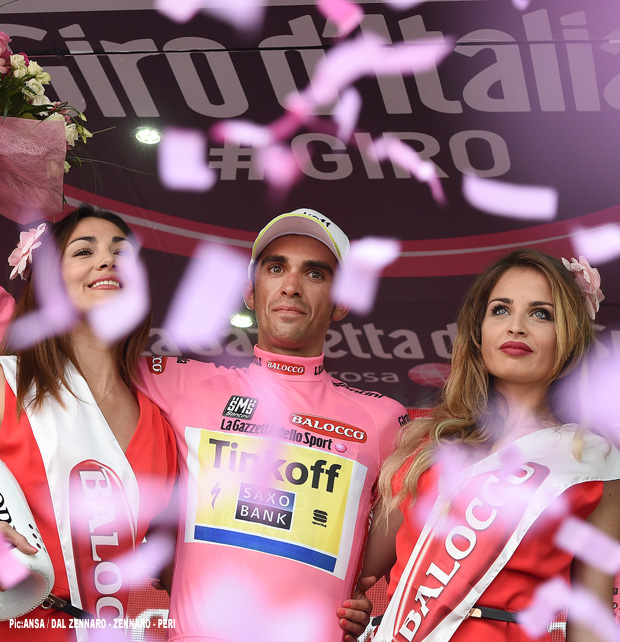 Can Berty be beaten?