The victorious ride of Wout Van Aert, and all the other medal winners, at the World cyclocross championships in Zolder at the weekend were overshadowed by the finding of a motor in one of the bikes, and so there can only be one HOT subject for the ‘Lee Lowdown’. Femke Van der Driessche’s name will go down in the history books for all the wrong reasons.

Lifetime bans are the only way left to rescue the credibility of this sport.

Thank you, Femke Van den Driessche. Really we should all bowing down to offer our heartfelt gratitude to the 19 year old who was caught with a motorized bicycle at the recent World U23 cyclocross championship in Zolder, Belgium, because we finally know that yes, these bikes are being used, for sure, in competition and also because young Ms. Van den Driessche should finally have proven to anyone out there still believing this sport has a chance, as it is currently governed, that their belief is as fundamentally daft as believing that Donald Trump has a nice haircut.

Taking a leaf out of just about every other rider caught blatantly cheating, Van den Driescche immediately denied all wrongdoing and blamed Isis for everything. 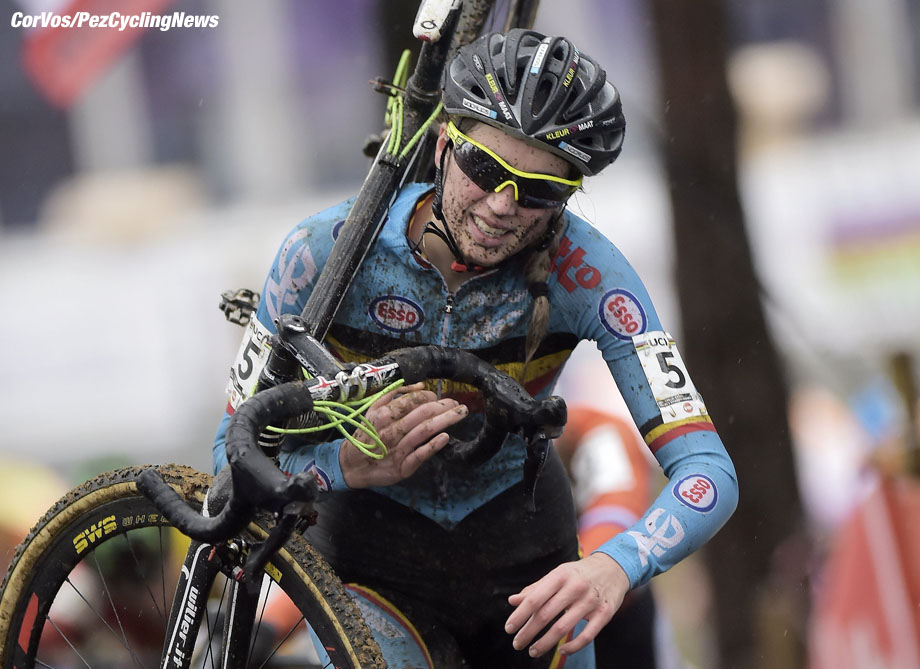 The Worlds didn’t quite go well for Femke

“There was a man in camouflage kit and a balaclava, he made me do it,” she didn’t quite say, but may as well have for her actual excuse was just about as shockingly… well, crap.

“After my chain broke I got off and was told that there was something wrong with my bike,” she bleated whilst mulling over a career in politics as a spin-doctor. “I didn’t know what was wrong. Then I saw that bike standing there. I don’t know how it go there I am more preoccupied with myself on days like that.”

“That bike belongs to a friend of mine,” she whinnied on, as a strong whiff of bullsh*t permeated the air.

“He bought it from me at the end of last season. It is exactly the same bike as what I ride. The friend had ridden round the course with my brother before the race. He had left the bike against the lorry. One of the mechanics must have thought it was my bike and cleaned it up and brought it to me.”

“The lad sometimes trains with me or one of my brothers. I never knew that he had an electric motor fitted on his bike. He never told me. It is all a big mistake. I’m really shocked. I feel really bad.”

Was there a clue here?

Not quite as bad, or rather sad, as we all do, Ms. Van den Driessche, after having listened to that excuse. I mean what a truly unfortunate series of events to have befallen her, if we take her at her word. This guy turns up on a bike identical to hers that for some reason he’s fitted with a motor, he leaves it unattended next to her truck, her mechanic, having lost track of one of her bikes somehow, happens to see it and bring it to her enclosure, and then, to top it all off, some deviously suspicious officials just happen to decide to check just her bike on that terribly unfortuitous day.

Was Alanis Morissette playing in the background by any chance? 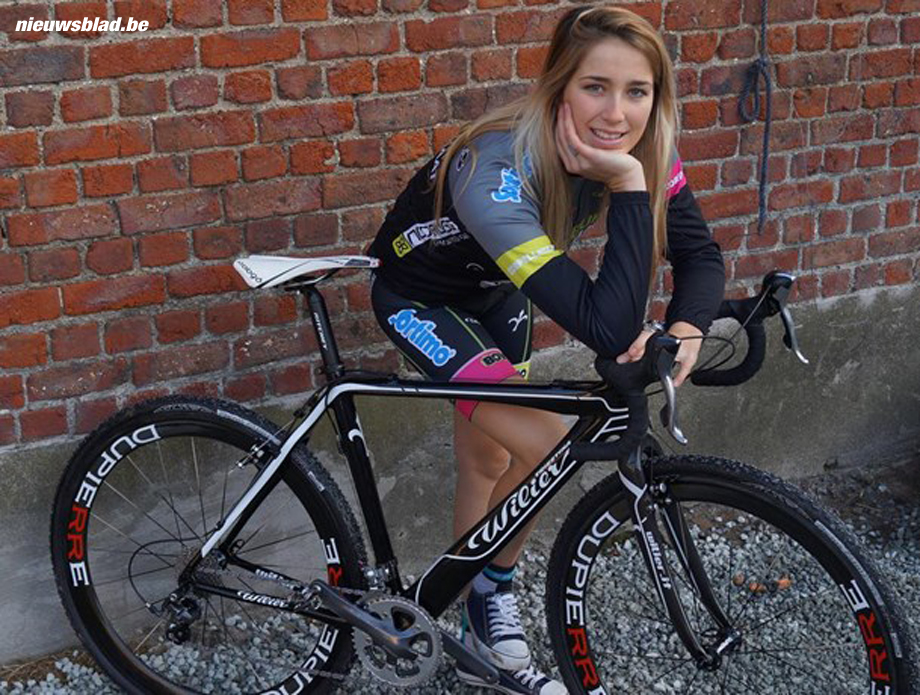 Wilier are less than pleased

So, you out there who think we should all ‘just move on’ and ‘get over the whole doping/cheating thing,’ what do you say now? Now that someone has proven that they will go to these lengths to beat the system and their competitors? I personally think that doping yourself with PEDs is actually worse than this in some ways. I doubt a motor in your crank is going to give you cancer in 15 years or screw with your heart or give you any of the many ailments said to have befallen heavy dopers from the 90s, yet having said that, there is something oddly sickening about this isn’t there? 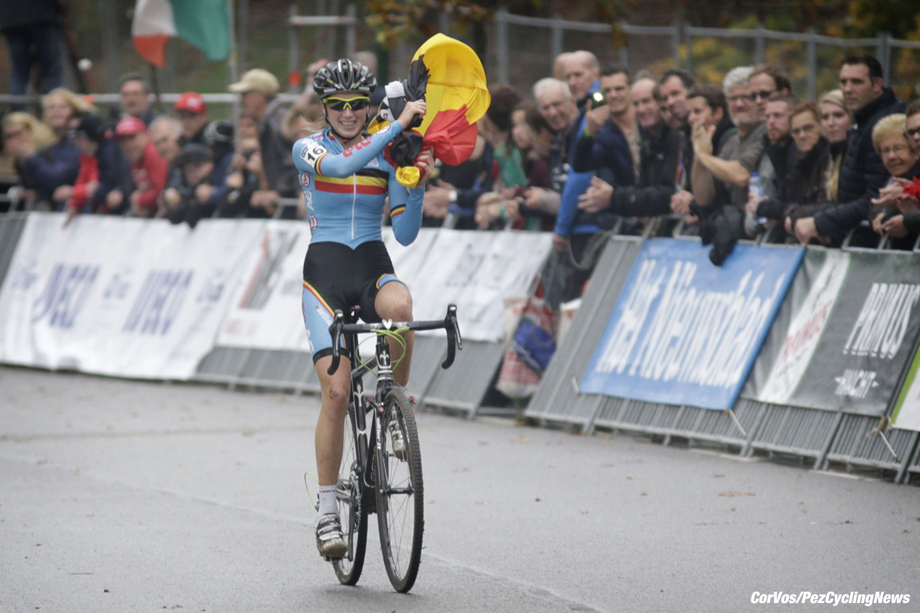 It lets us know what chumps these folk think we really are. It’s so unsubtle, so blatantly stupid and so easy to get caught that it smacks you as totally unsophisticated and in fact plain childish, like a kid at school cheating in a game in the playground. I’ve been reading the cycling websites and about Patrick Lefevere saying she should get a lifetime ban, and read other learned journalists saying they agree.

The prevailing attitude seems to be that this is worse than sitting at home, buying EPO online or from wherever, drawing the curtains and sticking a syringe in your arse cheek. Somehow, you see, that is deemed to be sophisticated cheating. Furthermore, we’ve been dealing with PED positives for so long and seen riders get paltry punishments for so long that we don’t even bat an eyelid when a guy gets popped anymore. 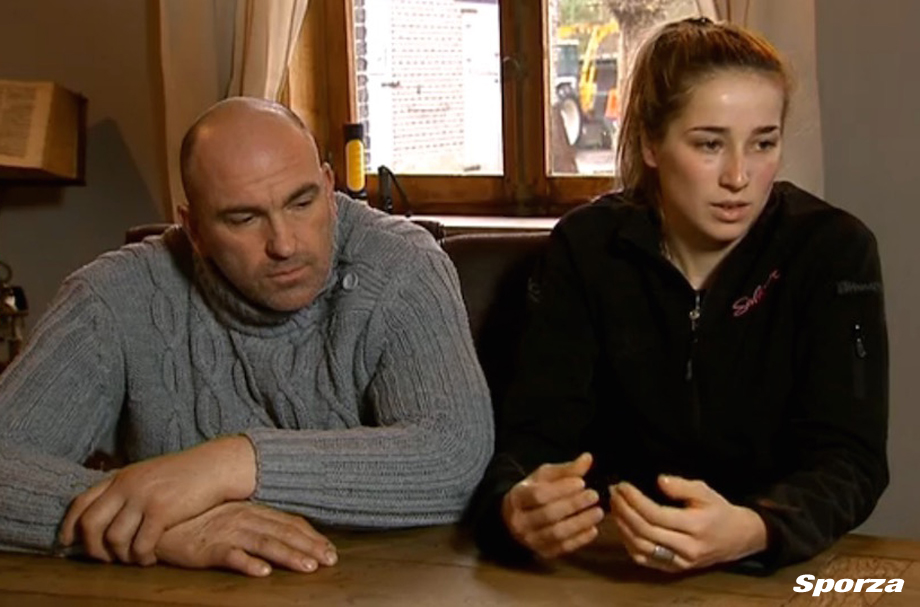 But I have news for those people who think what this young woman has done is somehow worse than taking PEDs – it is ALL cheating. What we need is to sit down and do, as a community, is to start to really consider lifetime bans for all cheating. People are going to say this is terribly harsh but take a look at where we are right now. Our sport is a joke. So many sports are these days, and the ones that seem clean, like pro soccer, are only able to keep up that facade because the authorities have been willing to turn the other way with regard to doping rumors and have yet to install vigorous testing methods for the players. 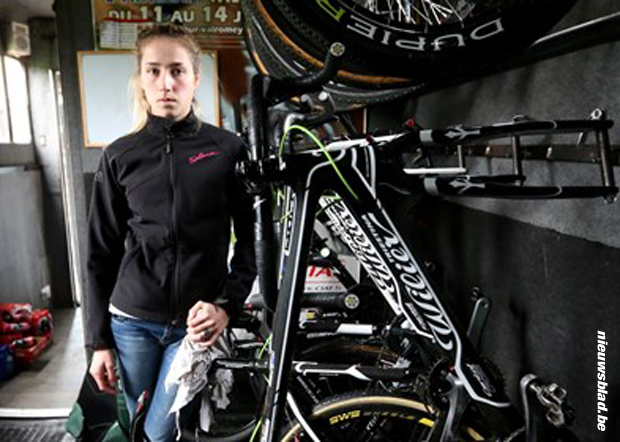 This is a vital time, right here and now, because we are not just discussing dopers and a few cheats, we are talking about the very nature of sport and competition, whether the positive aspects are worth saving and cherishing, and if we are brave enough to take tough decisions so that our kids at least will be able to compete and enjoy these wonderful games in the knowledge that a cheat, once caught, will never prosper in the game again.

This is an absolute no-brainer for me. You get caught, sure go play something else if you can, go get an accounting certificate, retrain as an architect, open a flower shop if you have the urge, but please don’t come back here again. Wish you all the best, but as I’ve said before, if you break the seal on the vial you lose your seat on the bus.

Same goes for installing a motor in your crank… 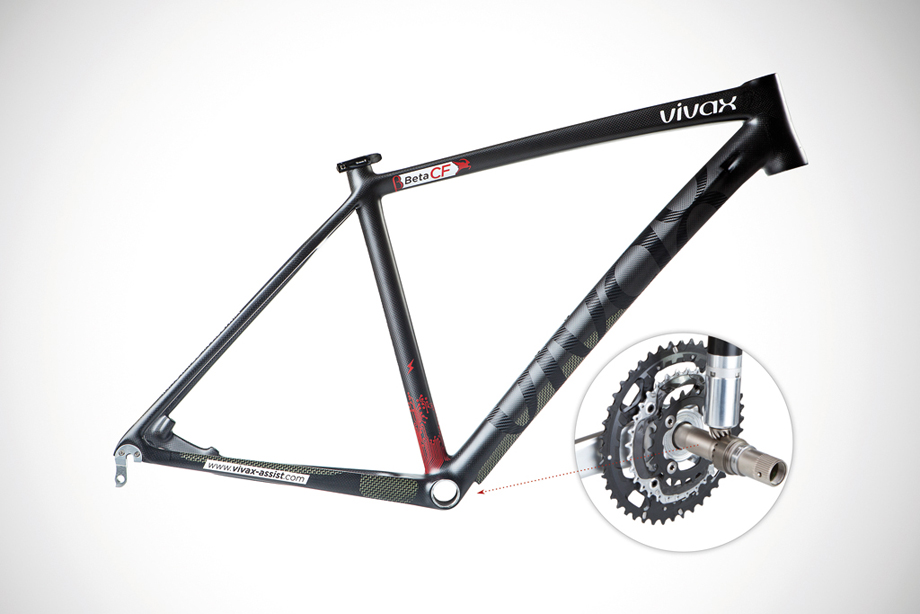 We have such a tendency as humans to not see the patterns that are right before our eyes, all around us. We see the tree and the leaves and the bark, but are disinclined to see the forest. With regard to doping, there are positives almost daily in cycling, yet we tend to see them as individual cases.

Yet they are not. This is a conspiracy of individuals united by their desire to cheat. They are strong. They are vast. They do not listen to reason and the punishments they receive if caught, as it stands now, will never deter them, and they will just come back as strong as before or stronger.

We have to wise up to the near-irrevocable damage these people have caused, because they have almost taken it all. And so, if Femke Van den Driessche is to have any legacy, let it be that her actions served as the final nail in the coffin of feigned indifference and ignorance of the threat that cycling faces, because otherwise we may as well jack it in here and now. 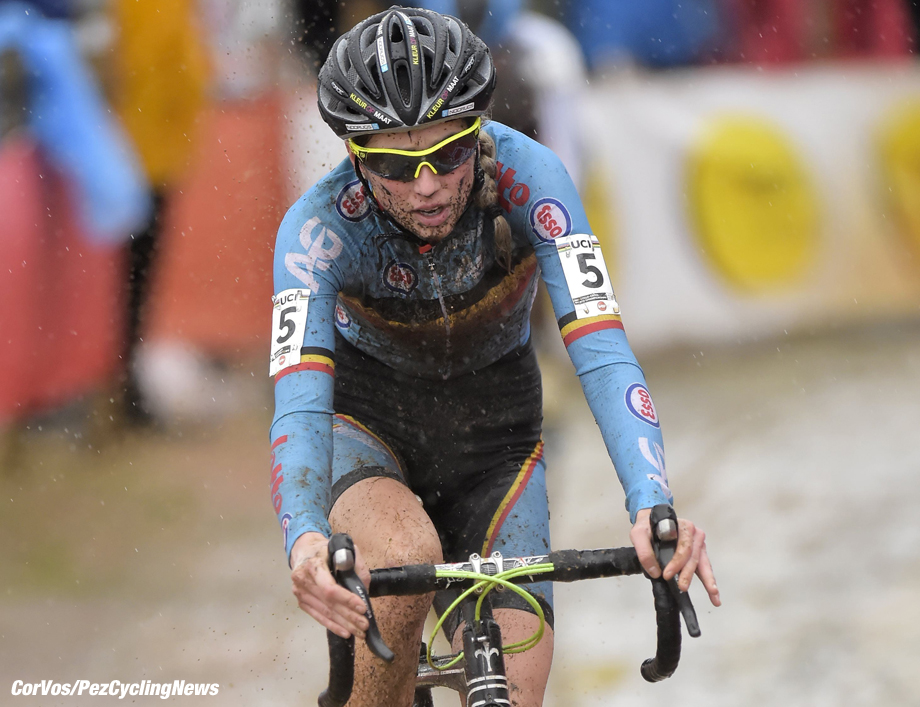 A gear change… or

GF Gimondi-Bianchi is Taking Off