Lee Rodgers moves his sights from the Giro d’Italia to Bradley Wiggins’ World Hour Record and its legitimacy and the wider question of the ‘what use is the UCI?’ Have the rules been bent or just flexed ever so slightly. The World of cycling administration though the eye’s of Lee:

I’ve been petitioning for some time now from atop my little soapbox for the UCI to change its name to the UCWhy, if for no other reason than a) it makes me chuckle and b) just exactly what is the point of this organization?

They can’t seem to get some of their own rules sorted out so that even they can follow them and they also seem to have a heck or a problem with enforcing the ones they do seem to understand. 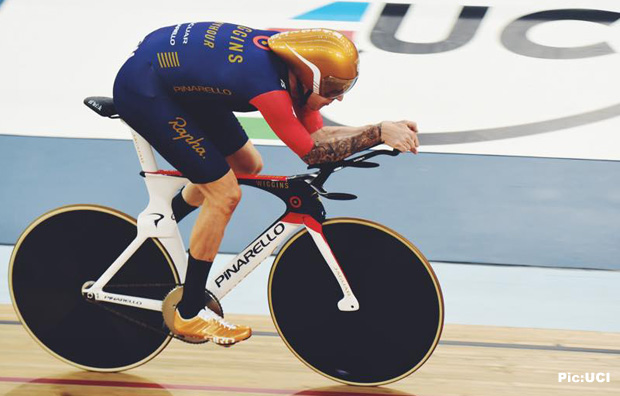 Is that bike legal?

Take Bradley Wiggins mammoth World Hour Record he set the other night. Or, did he? If you listen to Steve Collons, who helped coach Alex Dowsett, in today’s Daily Mirror, then you might feel that El Wiggo pulled a fast one – figuratively as well as literally. 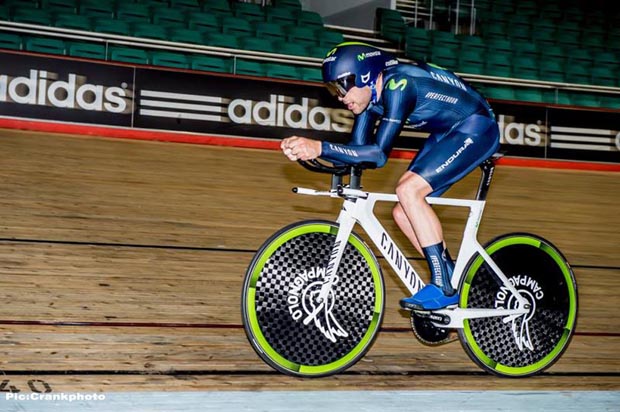 “One of the sad bits about it was that Bradley’s bike wasn’t in production,” Collins told BBC Radio Essex. “For attempts like that it should all be production available so you can buy it off the shelf.”

“You can’t get 3D-printed handlebars moulded to your own arms to make it easier for your own attempt. He also had the help of British Cycling which, well, is not allowed. 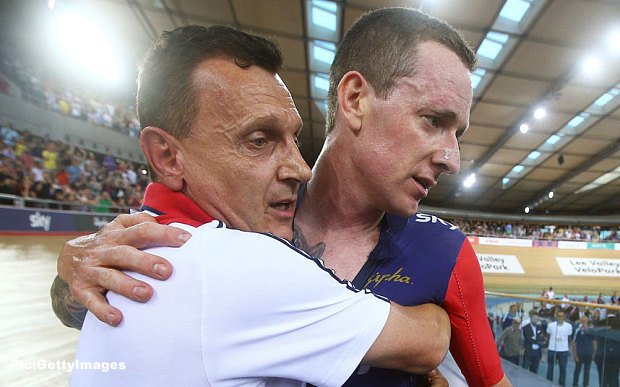 “It was a bit strange to see British Cycling, like [coach] Shane Sutton, getting so involved last night when he doesn’t work for Team Wiggins. I’m not sure how that’s allowed.” 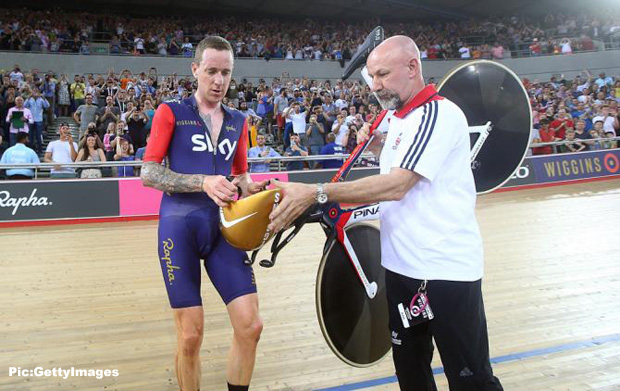 Wiggins’ team has rebuffed this already, stating that: “We had to do full documentation for the UCI detailing every component; every bit of the bike and kit was approved by the UCI down to the shoes, helmet and skinsuit. The bike is fully approved by the UCI.

“The handlebars are made under a new manufacturing process, but Pinarello are offering this commercially through their MOST brand. It was the first time this had been done at this level, but a full mountain bike frame was made in this way last year, and parts for bikes have been made in this way in America, the US and Australia.”

So, this means still that this actual bike is not yet commercially available, or did I miss something? Storm in a teacup? Perhaps, but something else Collins said was interesting, and it reminded me very much of Graeme Obree and Chris Boardman and their own respective relationships to British Cycling: when asked if he thought British Cycling preferred Wiggins to Dowsett, Collins said: “Oh yes, completely.” 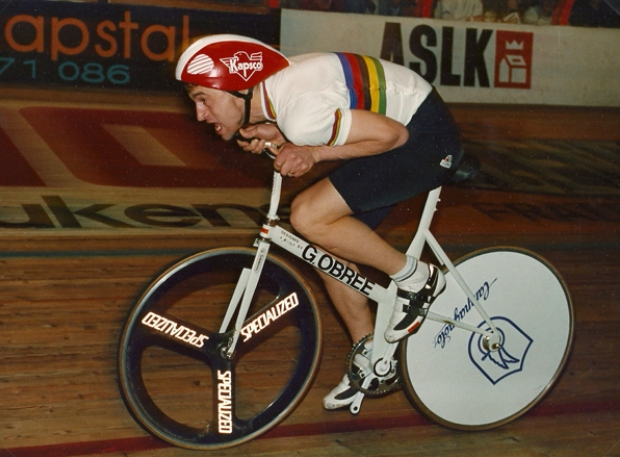 Not the ‘chosen one’

I won’t bore you too much with the details of Obree vs Boardman and the role of British Cycling and the UCI in that dynamic as many of you will know them, but there is a history within British Cycling of the ‘right’ sort of people finding a place within the establishment and the ‘wrong’ sort being left to fend for themselves. Nicole Cooke will agree with me on that one. 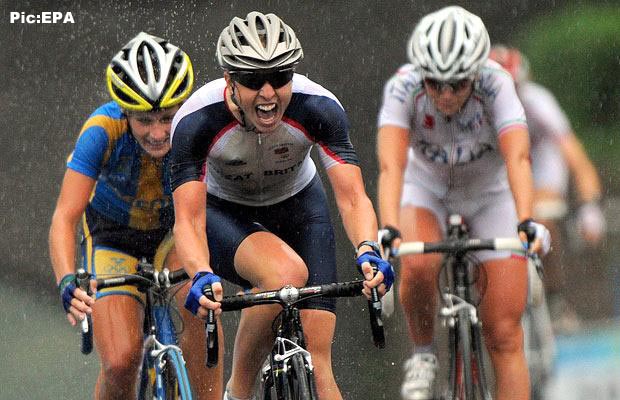 What will come of Collins’ claims? Will they be looked into by the UCI? I doubt it, if we consider that one other very significant rule has been totally ignored more than once in recent times, the one that insists that riders attempting the World Hour Record must have a biological passport.

Let me turn to trusty Wikipedia here: “Of the men to attempt the record [not including Wiggins], only one was a cyclist on a UCI World Tour team at the time: Rohan Dennis of the BMC Racing Team. Jens Voigt had recently retired from cycling, last riding with Trek Factory Racing. Matthias Brändle was with IAM Cycling, then a UCI Professional Continental team. Jack Bobridge was on Team Budget Forklifts, an Australian UCI Continental team. Thomas Dekker had been released from World Tour team Garmin-Sharp several months before.” 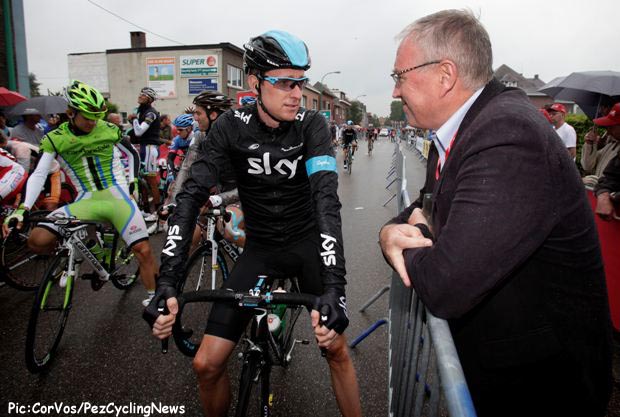 It was kind of not heartwarming though to hear that Wiggins had specifically invited the disgraced Johann Bruyneel to the event, which is… disturbing. The image of him chinwagging with arch-enabler Pat MacQuaid must have comforted Lance Armstrong. Or not, as the case may be. 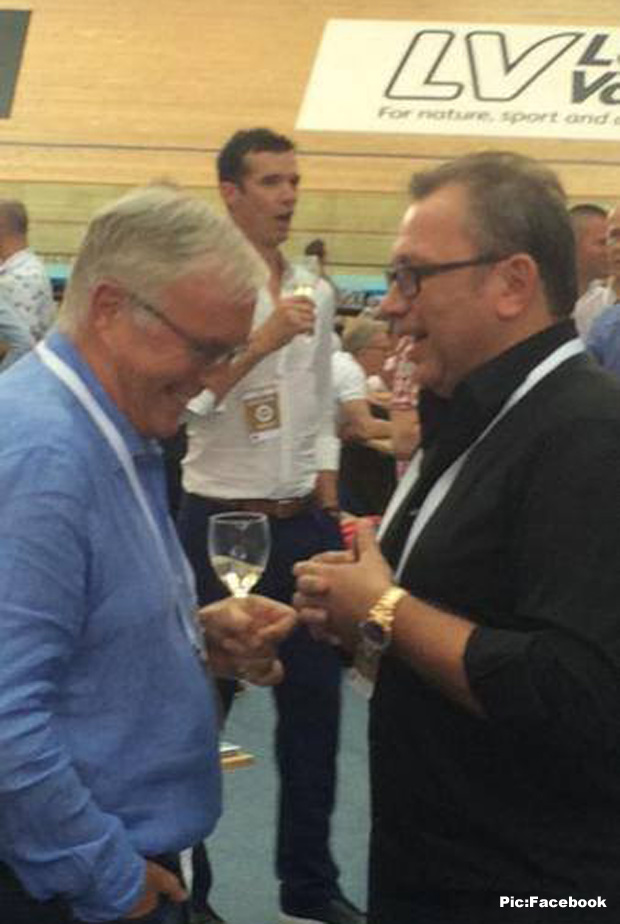 Pat McQuaid and Johan Bruyneel have a chat about old times. Is that David Millar?

The UCI has been taking quite a battering in recent months and it is not hard to see why the everyday cycling fan is becoming ever more disillusioned with the reign of Brian Cookson. We are simply not seeing the kind of change that was promised when he came in, at least in regard to making their decisions more transparent or in rooting out teams with recurring doping infractions, nor in deciding who exactly is “fit and proper” to be involved in a management role.

Enough has been said of Astana that I’d be wasting your time going on, but what a cock-up that was. To say that the climbdown the UCI performed was feeble would be a terrible understatement. In fact, it sent out a sign to all teams not serious about clamping down on doping that there is very, very little the UCI can do to get rid of teams that are frankly a joke.

The recent turnaround in the Kreuziger case shows that the UCI is prepared to make decisions and not tell anyone else the reasoning behind the thinking.

The UCI and WADA wanted Kreuziger banned for anomalies in his passport but have dropped the case before a CAS hearing set to commence soon. A statement from the UCI read: “Based on the availability of newly obtained information, the World Anti-doping Agency (WADA) and the Union Cycliste Internationale (UCI) have come to the conclusion that, in accordance with the applicable UCI anti-doping rules and WADA Athlete Biological Passport operating guidelines, there is at this stage no basis to proceed further.”

Ah, OK then. No more info followed. We, obviously, are not worthy. 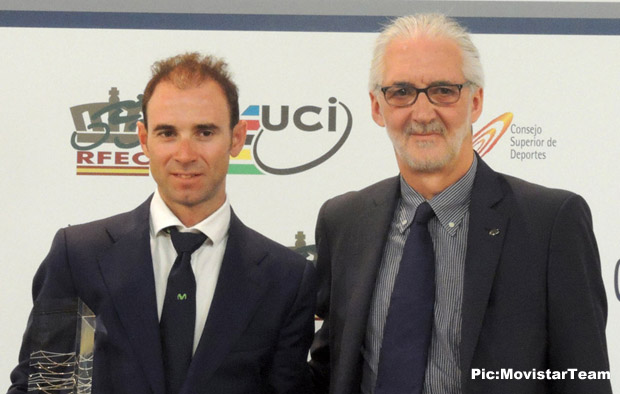 UCI President Brian Cookson with someone he has sympathy for

Finally, what happened to Cookson’s desire for guidelines to decide who is a “fit and proper person” to be involved in running a professional cycling team?

“If you look,” he said in February 2015, “many teams employ riders or directeurs sportifs who have had association [with dopers] or a direct [doping] sanction. I do have sympathy for those who say, ‘I’ve done my time, I should have a degree of redemption.’ What’s different is the degree of plausibility of those apologies and genuine feelings of contrition. What I’d like to get out of the CIRC is more guidance about a fit and proper person test [and] if we need to add conditions in the licensing process.”

And what have we heard since then? Nothing. The UCWhy indeed.

Area Zero-D’Amico-Bottecchia Going for the Glory in France