War drives technology, as evidenced by the device I’m using to write this article on and the one you are using to read it by, as well as by the internet that has delivered these words to you. These technologies were of course first utilized by the military-industrial complex before being repackaged for use by the wider society.

It’s amazing isn’t it, how quickly things develop when they are to be used to facilitate either making money or killing folk. Yet whereas weapons and communication systems have morphed beyond all recognition, there is one ‘weapon’ that has been used by just about every nation on earth that has not altered much at all. That device, of course, is the bicycle. The basic form that we still ride has basically changed hardly a jot in over 100 years, but it has definitely been through the wars, so to speak. 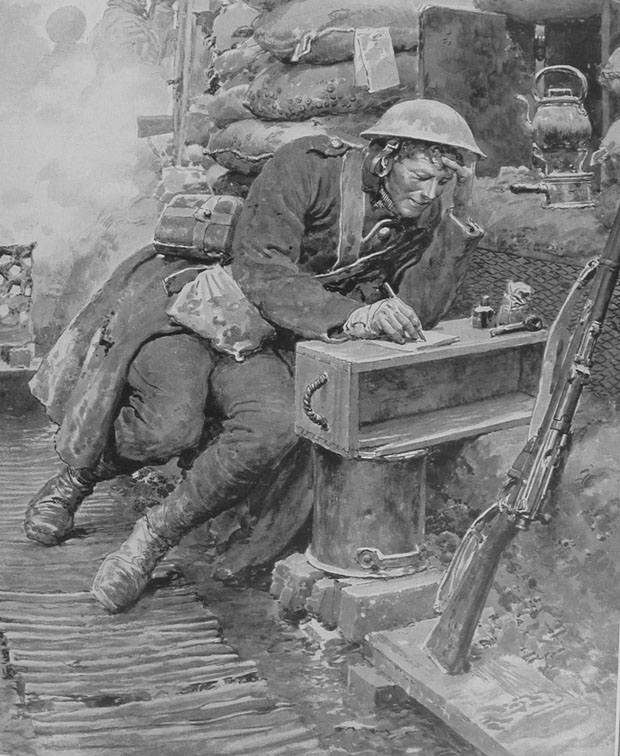 A Christmas note from the frontline

From Europe to China, Afghanistan to Japan, the bicycle has been at war. Way back even before World War One, then a modern invention, the bicycle was being used by French troops as a method of transport to and from the battlefields. It is still being utilized today, sadly, as a device to help people kill one another.

In this video below, you can see French troops filmed before 1914 carrying folding bicycles. Quite what use these would have been on the bloody, muddied Somme just a few short months later is anyone’s guess.

The first folding bicycles were in fact developed specifically for warfare by the French in 1886, and by 1887 British units had carried out their first dress maneuvers to test the different uses of the bicycle in battle. 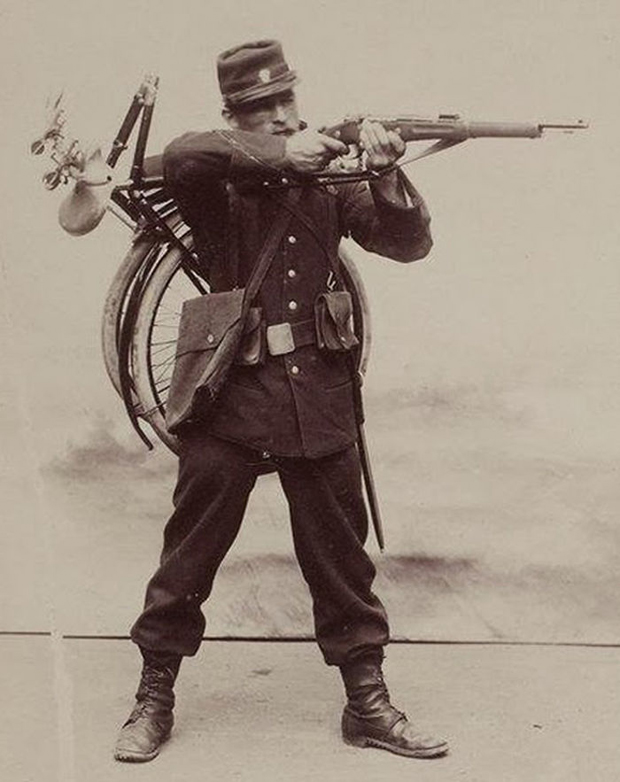 It was the very practicability and ease of use of the bicycle that we all love that made it so attractive to the military too. A soldier could ride to the battlefield, shoot the enemy, and presumably (if he was good at not getting shot in the vital areas) ride home after for a spot of tea and a crumpet.

The folding bicycle may have become lighter and more expensive over the years but in this video below you can see that the US military is still using – or at least testing – folding bicycles. In this case, the soldier parachutes with the bike attached below him and then assembles it once on the ground.

Back at that time, the Italians, the Swiss, the Belgians, the Germans and the Dutch all maintained sizable bicycle corps, and even the Russians were using bikes fitted with outrigger wheels to help them patrol the Siberian railroad lines. Without the need to be fed, as horses did, and with a decent network of paved and otherwise well maintained roads (the war would soon destroy most of those), pre World War 1 the bicycle was deemed a critical component to a European army. 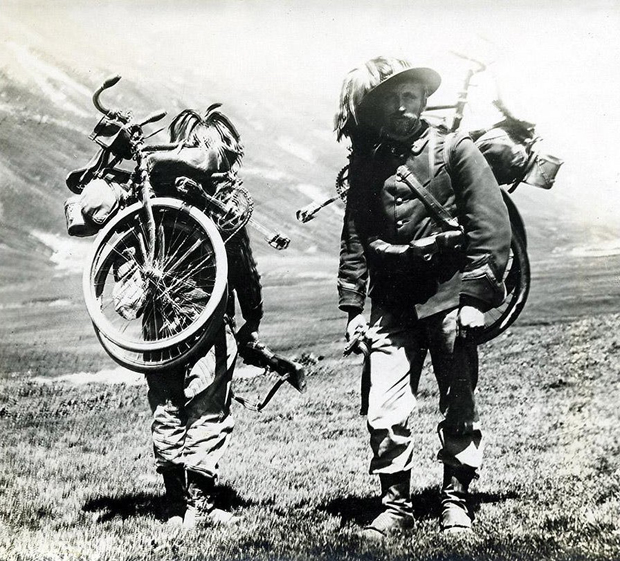 America was not to be left out either. Major General Nelson A. Miles, as Army Commander-in-Chief expressed an interest in the bicycle as a vehicle of war back in 1892, and in 1896, Fort Missoula’s 2nd Lieutenant James A. Moss founded the 25th Infantry Bicycle Corps, the first of its kind on American soil, consisting of eight black soldiers (though, needless to say, run by white officers).

The Historical Museum at Fort Missoula has a great report on the corps and is worth a read. Here’s an excerpt: The Spalding military bicycles were furnished with steel rims, tandem spokes, extra-heavy side-forks and crowns, gear cases, luggage carriers, frame cases, brakes, and Christy saddles. They were geared to 68 inches and weighed 32 pounds. The average weight of the bicycles, packed, was about 59 pounds. 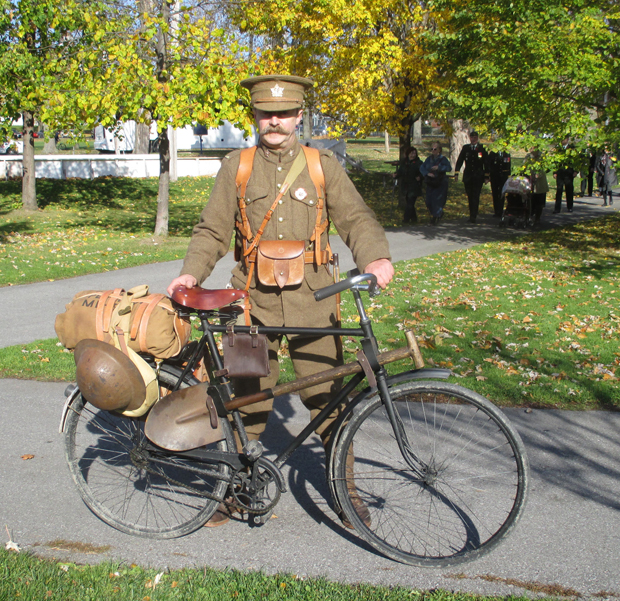 Training trips consisted of a series of rides of increasing lengths, including a trek to Lake McDonald in the Mission Mountains. In August 1896, Lieutenant Moss was ready for a major expedition: a trip from Fort Missoula to Yellowstone National Park and back – 800miles in all. The Bicycle Corps left Missoula on August 15. Moss kept a detailed log of each day’s progress, noting the types of grade, road conditions, and weather that the Corps encountered along the way. The Corps arrived in Yellowstone on August 24, 1896. 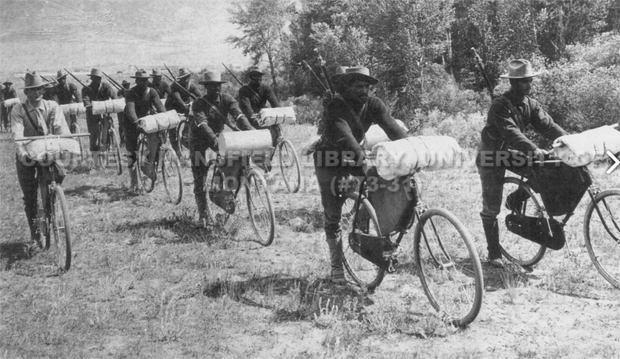 During the First World War itself, bicycles were used as ambulances, for transporting messages between battlefields and to the wise old generals at the back, and by scouts. For the scout, the bicycle offered quicker movement that on foot, and kept his head lower than if he were to sit upon a horse, giving him a better chance of keeping his brain between his ears. 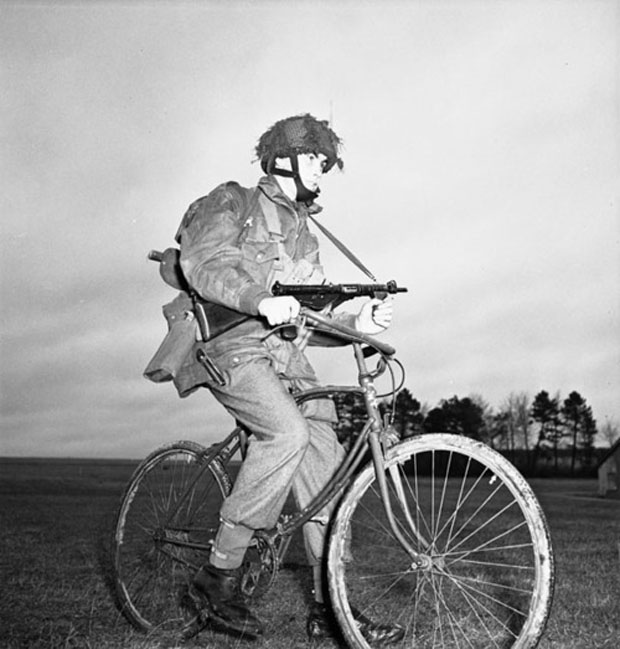 The 2nd World War was a much more motorized affair and yet the bicycle still saw plenty action, particularly in use by the Japanese, who had 50,000 troops on bikes at the start of their full invasion of China. The Imperial Army’s use of bicycles to move quickly through the rubber transplantations in Malaysia whilst the British clumsily retreated is credited with being a major factor in the fall of Kuala Lumpur.

It wasn’t all death and destruction however. In one now famous case that was hidden for many years, a very famous Italian cyclist risked his life to help Jewish people escape concentration camps. Gino Bartali, four-time winner of the Giro and double-winner of the Tour had his career interrupted by the 2nd World War but he did not exactly waste his time in-between. He had, in fact, been risking his life throughout the 2nd World War to save the lives of dozens of Jews from the horrors of the German concentration camps.

After having found a small mention in a local newspaper of a Jewish organization that said that Bartali had helped them, journalist Aili McConnon began to investigate, and what she found is truly incredible. (Bartali, you see, never publicly spoke of his deeds). “When the Nazis occupied Italy in 1943, they worked together with the Italian Fascists and they were ferocious in their search for Jews,” says Ms. McConnon in the book Road To Valor. “If you helped the Jews in any way, you were helping an enemy of the state so you were a traitor. You could face torture, imprisonment and execution. And you risked the life of your family. Bartali had a wife and young son.”

But when Bartali was approached by a friend to help local Jewish families in and around his native Florence, he immediately accepted. He began by ferrying forged travel and identity documents to Jewish people hiding in the countryside, with the papers rolled up and inserted down the length of his seat tube. The German and fascist Italian patrols would see him out on his bike but be too fearful (and indeed in awe) to risk public anger by searching a living legend such as Bartali. However, had he been caught, he would have certainly been shot. In another instance, Bartali actually sheltered a local Jewish family in an apartment for a year, a space purchased with his cycling winnings.

Bartali’s son Andrea remembered his father after his death, when being interviewed for the book, and recalled the great cyclist saying this of him: “If your good at a sport, they attach the medals to your shirts and then they shine in some museum. That which is earned by doing good deeds is attached to the soul and shines elsewhere.”

In September 2013, 13 years after his death, Bartali was recognized as a “Righteous Among the Nations” by Yad Vashem, Israel’s official memorial to the Jewish victims of the Holocaust, for his efforts to aid Jews during World War II. If you have kids who are into bike riding and they need a hero, Gino Bartali might be a starting point. 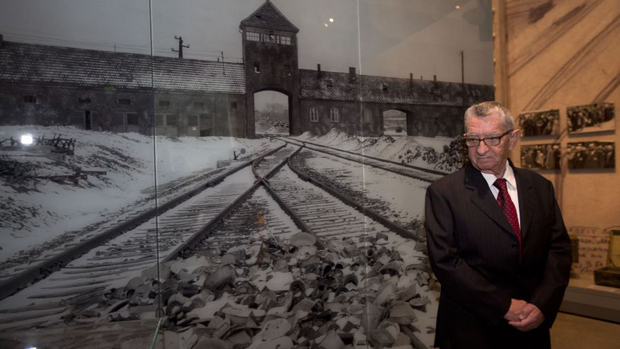 The modernization of war by the great powers saw a decline in the bicycle but it has been utilized by guerrilla armies and others fighting on a budget, so to speak, all over the world. Vietnam is a case in point. Fighting against the might of the United States, some historians have claimed that without the bicycle keeping Vietnamese supply lines open, they would have lost the war.

Responding to one such claim at a senate hearing back in 1967, Senator William Fulbright of Arkansas jumped from his seat and asked “Why don’t we concentrate on bombing their bicycles instead of the bridges? Does the Pentagon know about this?” One newspaper reports that the other attendees “erupted in laughter”, unable to grasp how such massive American firepower could be outdone by a simple bicycle.

Depressingly, bikes are now being used as bombs in Iraq and Afghanistan. At the end of November last year two American soldiers and four Afghani civilians were killed by such a bomb in Kabul. Another report states that 45 people were killed by a parked bicycle bearing a bomb in Kandahar, also last year. Yet as with the case of Bartali, along with such despair and depressing stuff comes hope. In Afghanistan, a group of women are using the bicycle to raise awareness of women’s rights and to offer a glimpse of hope in a war-torn land, simply by riding.

The women on the team are often pelted with stones and insults from men as they pass by, but they remain determined to use the bike for what it was designed for – fun, self-expression and self-improvement.
“Bikes equal freedom of movement and independent travel,” says Shannon Galpin, an American who is helping to train the team. “They are a cheap and accessible way for women to get to schools and hospitals, and they make it harder for men to attack them.”

Read more about the team here.

One of the riders on the team, 16-year old Alizada, says that “I’ve been fascinated by cycling since I was very young. I love the speed,” Alizada says. “Most of the time we exercise with the boys, to help make us braver, stronger. Sometimes when I’m with them, I feel like I’m not a girl.” 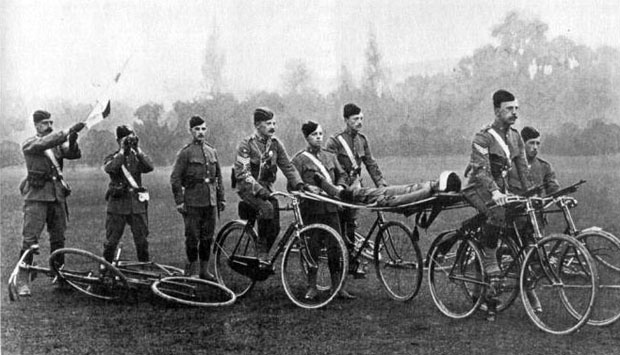 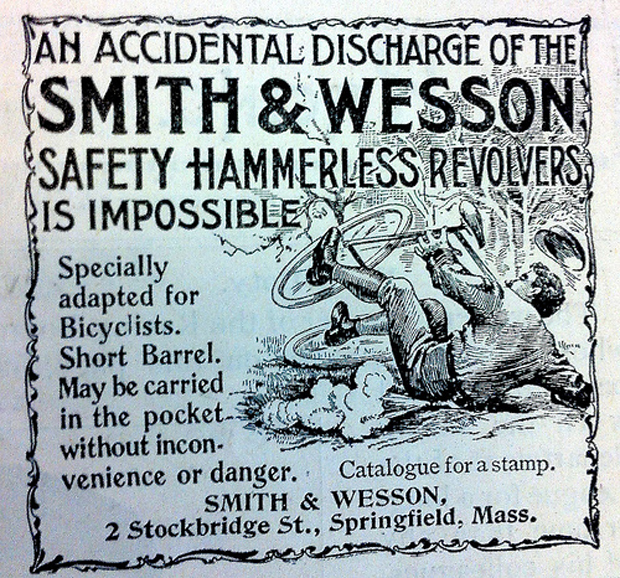 Lee Rodgers leads a double life as a pro racer on the UCI race circuit with the Lapierre Asia Cycling Team, competing in the UCI Asia Tour as well as some European events and the likes of the Tour of Qatar and Oman, rubbing shoulders with the best the WorldTour has to offer, whilst keeping up a day job as a cycling journalist. The highlight of his cycling career so far was winning the Singapore National Champs – road race and ITT – as well as claiming the Green Jersey at the 2.1 Tour de Taiwan in 2012, and naturally, writing for PEZ. His writing appears in several magazines and websites and you can catch up with him regularly on his blog, https://crankpunk.com/