Last Sunday Gent-Wevelgem was a sufferfest of the highest order; wind, rain, crashes and hard riding whittled the peloton down to meager 39 finishers. Lee Rodgers gives us his lowdown on the chaos that turned out to be a great race, the sort of race that inspires you to ride your bike… even in the rain?

Whenever I look out the window and see the rain coming down in sheets and the wind blowing poodles along the thoroughfare, I do my best to fight my natural inclination to get back under the covers, and instead I ask myself:

What would a Belgian do? 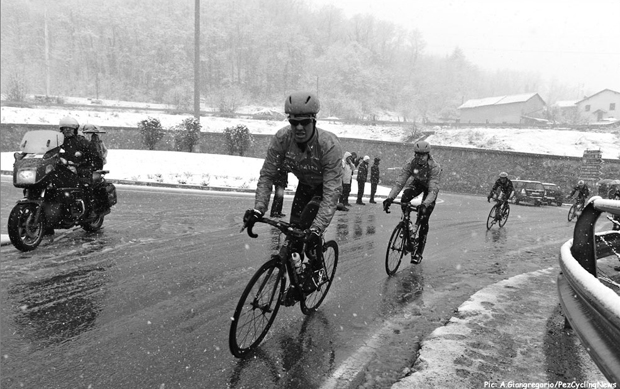 Heck, they’d man the heck up, get on their short sleeve jerseys and thinnest knicks and go ride for 5 hours, zippers unzipped to the navel. Fortunately I never base my decision on what those Belgians would do, but on what my mate from Brussels, Mathis, would do. Mathis, being highly intelligent and not a little soft, would get straight back in bed and put the earplugs back in. So that’s what I do.

Fortunately for us armchair sadists, professional bicyclers don’t have the luxury of refusing to ride in inclement weather, which is just as well or we’d never have had the tingling pleasure of watching them get battered black and blue on Sunday in the great Ghent-Wevelgem smashfest. 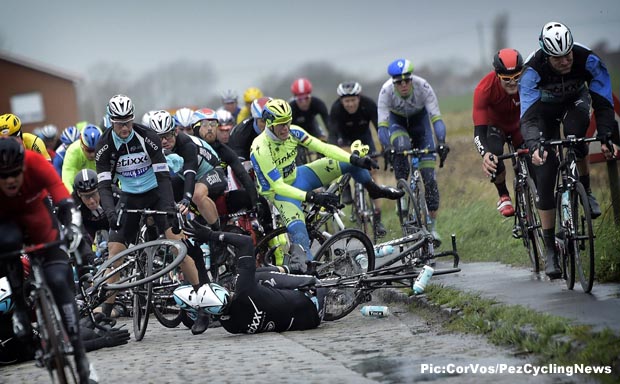 Humdinger is not an overused word but it is perfect for the bleak, beautiful scenes that embraced our senses during the race. There was one particular shot with still about 80km to go, from the back of a moto, looking right back down a long straight. Twinkling through the fog, car and motorcycle headlamps glittered in the grey, framing a scene that made this look like more a war than a bike race.

The front group of a handful of riders were only about 50 meters front lens but you could discern no color from their kit. They strayed and staggered up the road in a wonky echelon. Two hundred meters back another group could be seen fighting desperately to make contact, and behind the another, and then another. Brilliant stuff. 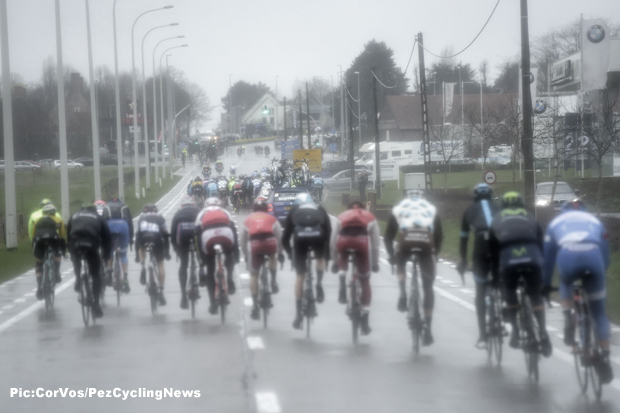 Casual viewers would have looked over this carnage and asked why the group behind didn’t just sit up, however one of the golden rules of pro racing is that when a split occurs early on or midway through race, you never stop riding. You never know when the front group might sit up or go into one of those natural lulls, and this is what happened here.

The guys behind mullered themselves to get back on and get back on they did, even if it was fairly short-lived.

What was remarkable about this day’s racing was that it was full on all day. The riders rode with earpieces but it was as if they weren’t, and Tjallingii’s attack with 89km to go was evidence of that, as was Roelandt’s massive dig soon after.

There was actually a curious moment in the E3 race earlier in the week, with the commentators on Eurosport saying the riders weren’t using radios when quite clearly you could make out the transmitter box on every guy’s back and see several talking into their shoulders.

Unless pro riders are using cigarettes as lung openers like in the old days and are riding so hard that their childhood friends have returned in miniature and are living in the crook of their shoulders, I’d say they were using radios.

Whilst I’m on an aside, why do Aerosmith sponsor Lotto? 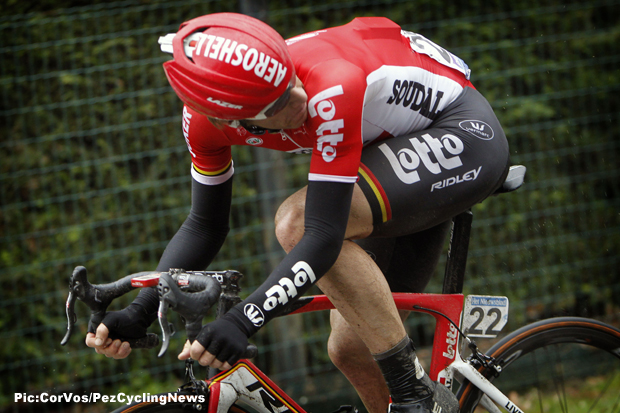 Back to Gent-Wevelgem, Roelandts ride was massive. It came to nothing as we now know, but to hold off the chasers, all huge riders themselves, and to actually increase the lead, it was mind-blowing. The others may have been letting him dangle, reassured via their earpieces that the lead was still manageable and confident that he would tire, but it was a valiant effort.

His wry smile on the way down the finishing straight said it all.

Another point of note in the race was the use of rear mudguards. I first saw these on the Katusha team bikes at Scheldeprijs last year. What’s the point? Well, the fender certainly doesn’t protect you from the rain when it’s coming down but, once it’s stopped, it does stop that nasty cold wet spray from the rear wheel. Ride with that pelting you for 100km and you might be asking for one of those silly little fenders next race. 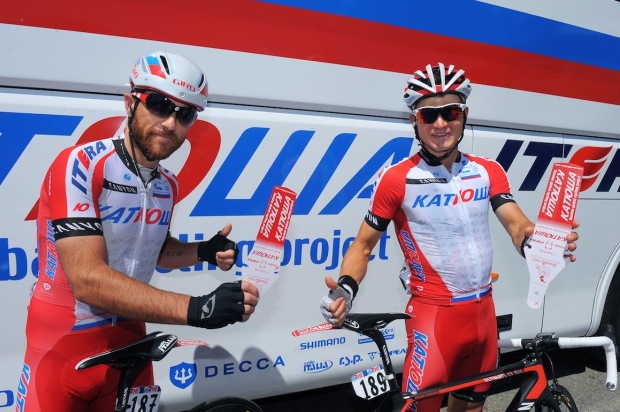 Geraint Thomas getting blown off his bike will remain long in the memory but even more fantastic, I thought, was that the other guys in the lead break all sat up and allowed him to come back without busting too much of a gut. I read on another site a journalist praising Geraint’s guts in getting back, but if you watch it again you can clearly see that the others are waiting and looking for him to get back on.

The same seemed to happen when Terpstra flatted near the end, though he kind of ruined that moment by attacking the second he reconnected!

Thomas though did a ton of work later as the line closed in, bridging to Paolini and Terpstra after he had already been chasing hard, showing that perhaps he was the strongest on the road. He suffered for that win midweek though, as everyone looked to him to chase, and that he did, but he didn’t have it in the legs after all his work. 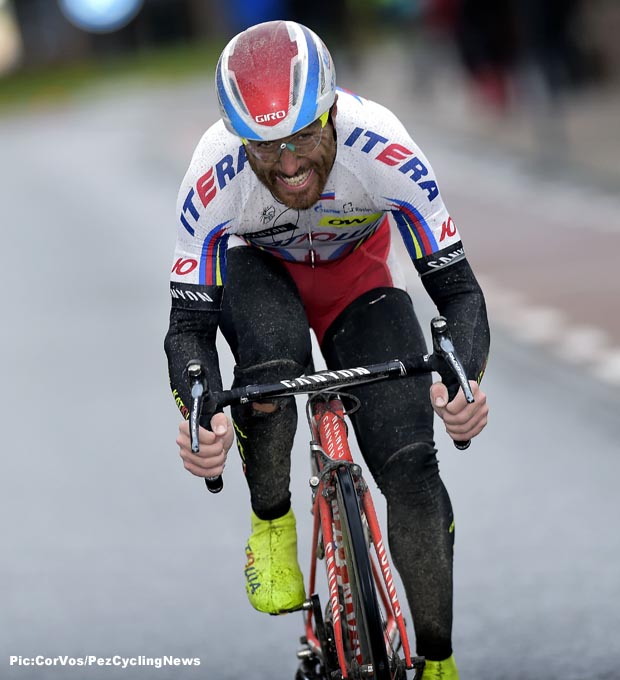 Paolini’s timing was as brilliant as it was emphatic. Wily is the word you’d use for the old Italian fox and he put his experience to great use, putting in one fake attack, then a half-go and then a full blast seated push when he had ten meters.

What a race. Breathtaking!